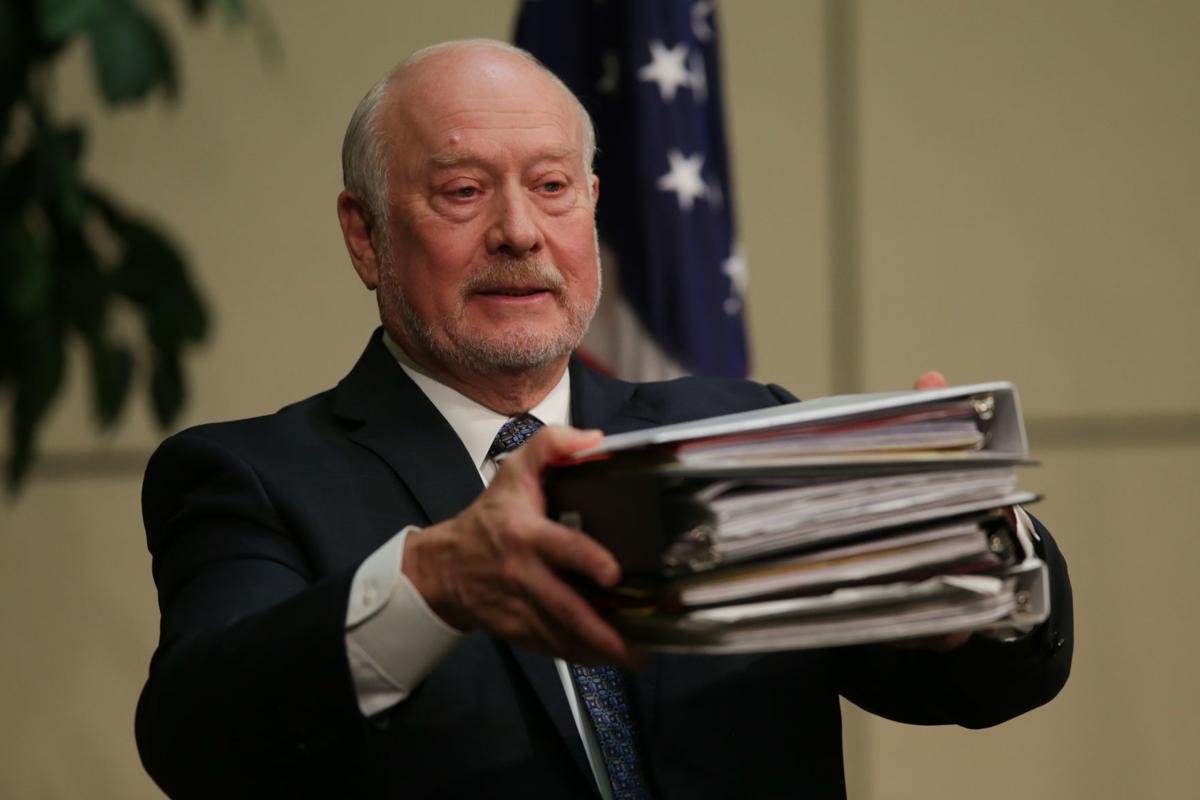 Frank VanderSloot shows off a stack of medical bills while addressing state legislators about a proposed bill to reform medical debt collections at Melaleuca headquarters in Idaho Falls on Monday. 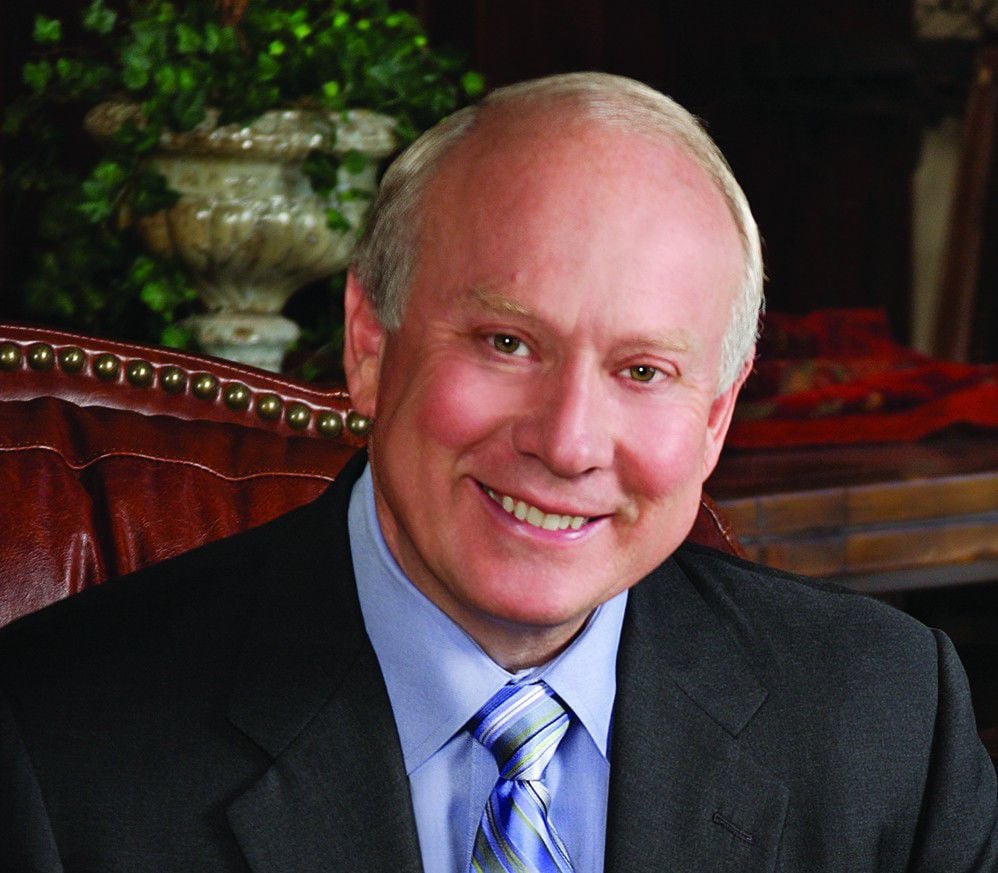 Frank VanderSloot shows off a stack of medical bills while addressing state legislators about a proposed bill to reform medical debt collections at Melaleuca headquarters in Idaho Falls on Monday.

The CEO of Melaleuca pitched a proposal to put limits on medical debt collection to almost half of the Idaho Legislature Monday evening.

“I can’t imagine very much objection to this, given every single family is affected by this one way or the other,” Frank VanderSloot told a crowd of about 50 Idaho lawmakers and others at his corporate headquarters outside of Idaho Falls.

The legislators were in town as part of a tour of the area organized by the Greater Idaho Falls Chamber of Commerce.

Specifically, VanderSloot is proposing legislation to put limits on attorneys’ fees in medical debt cases; to require health care providers to send out bills and notify patients of services rendered within 30 days; and to require, within another 30 days after that, that a hospital or other health care facility send a patient a consolidated notice containing the names and contact information of all health care providers that are billing them.

VanderSloot, a well-known local businessman and conservative political donor who is reported to be the richest man in Idaho, has been pushing the issue since this spring, when East Idaho News, which Vandersloot helped found, ran a series looking at the local medical debt collection firm Medical Recovery Services. The series examined numerous people’s stories, with much of it focused on an anonymous Melaleuca employee whom MRS tried to charge $5,864.25 in legal fees and costs on a now-paid $294 medical bill. VanderSloot announced shortly thereafter that he would be founding a legal fund to represent debtors in similar cases. The Idaho Falls law firm Smith, Driscoll and Associates, which is co-owned by lawyer and GOP party official Bryan Smith and employs Rep. Bryan Zollinger, R-Idaho Falls, handles MRS’s cases.

As lawmakers walked into the room for the presentation, they were handed sheets with by-county statistics on the percentage of the population with medical debt. The statewide average, the handouts said, is 16 percent of the population, with an average amount of $807. VanderSloot spoke at length about the Melaleuca employee who was profiled by East Idaho News, a story that he said generated hundreds of tips from other people with similar stories, and then pivoted to telling some stories from people who have contacted Idaho Medical Debt, the legal fund he created, looking for help. VanderSloot said some debt collectors — he said at the beginning he didn’t want to make it about individuals and never mentioned Medical Recovery Services or anyone else by name — run up “atrocious attorney fees” in some cases.

“We don’t think that increases the quality of our medical care, and we think it hurts Idahoans dramatically,” VanderSloot said.

VanderSloot said they have heard from numerous people who were told they didn’t have to show up to court, or that it would cost them more to fight the bill than to pay it, or who were never given the paperwork for their original bill.

Other people, VanderSloot said, said they were arrested or threatened with arrest, or given the option of being arrested or working out a payment plan.

“Is it legal in Idaho? Yes it is,” VanderSloot said. “It’s working pretty good for folks who are willing to do that to somebody.”

Zollinger, who was there as part of the tour, said he supports much of what VanderSloot was proposing, although it would depend on the details of any bill. He said he supports making medical billing more transparent and easier for patients to understand.

“I think billing should be clear,” he said.

Zollinger said he isn’t against putting additional limits on attorneys’ fees, although he said there are already legal limits on them.

Sally Greenberg, the executive director of the National Consumers League, was at Melaleuca Monday to hear VanderSloot’s presentation. She said the group has worked with VanderSloot before on ways to protect people from being defrauded by pyramid schemes, and the organization plans to follow the proposal in the Legislature.

“I think Idaho could be a national model,” she said.

Greenberg said medical debt is a national problem, playing a major role in many bankruptcies.

“The bill collection industry has a lot to explain,” she said.