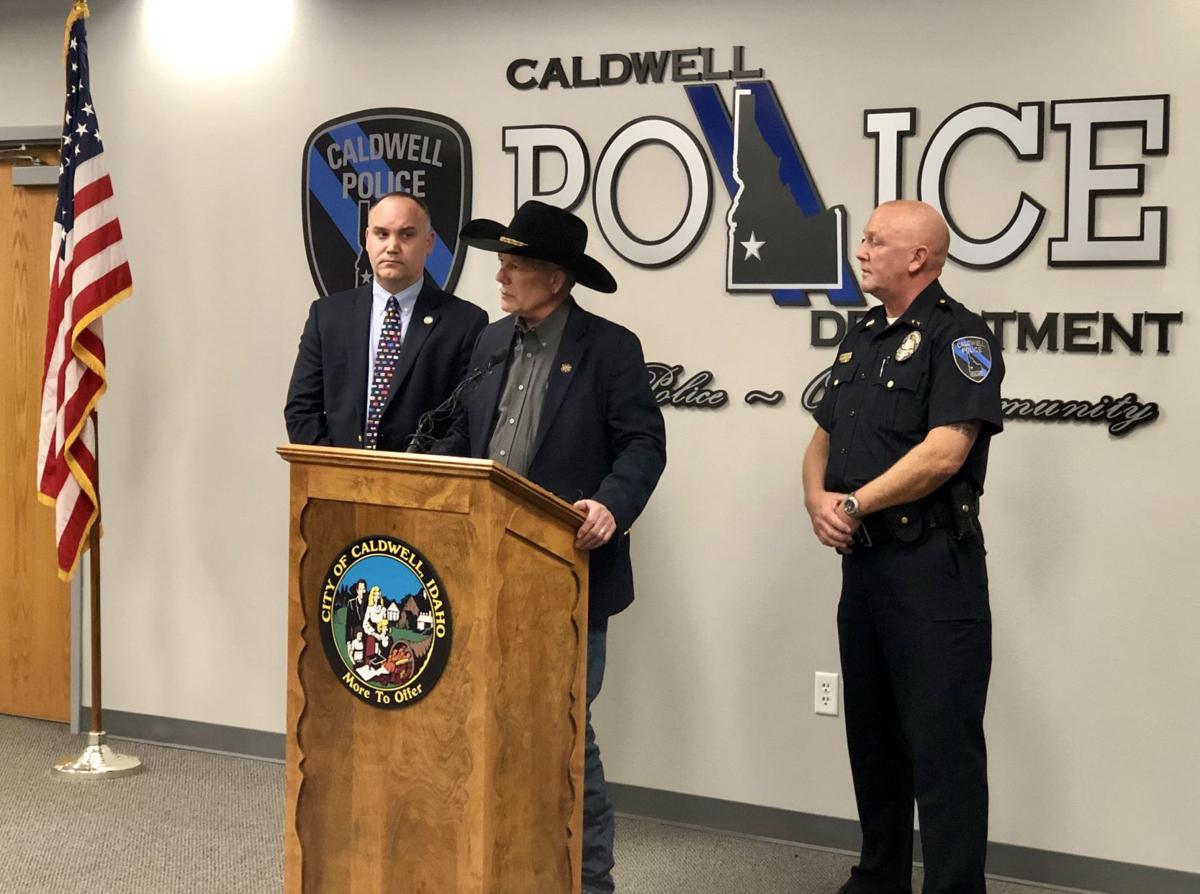 Canyon County Sheriff Kieran Donahue, center, discusses his agency’s parallel investigation into a fatal officer-involved shooting at a senior-living complex in Caldwell during a news conference Friday at the Caldwell Police Department. 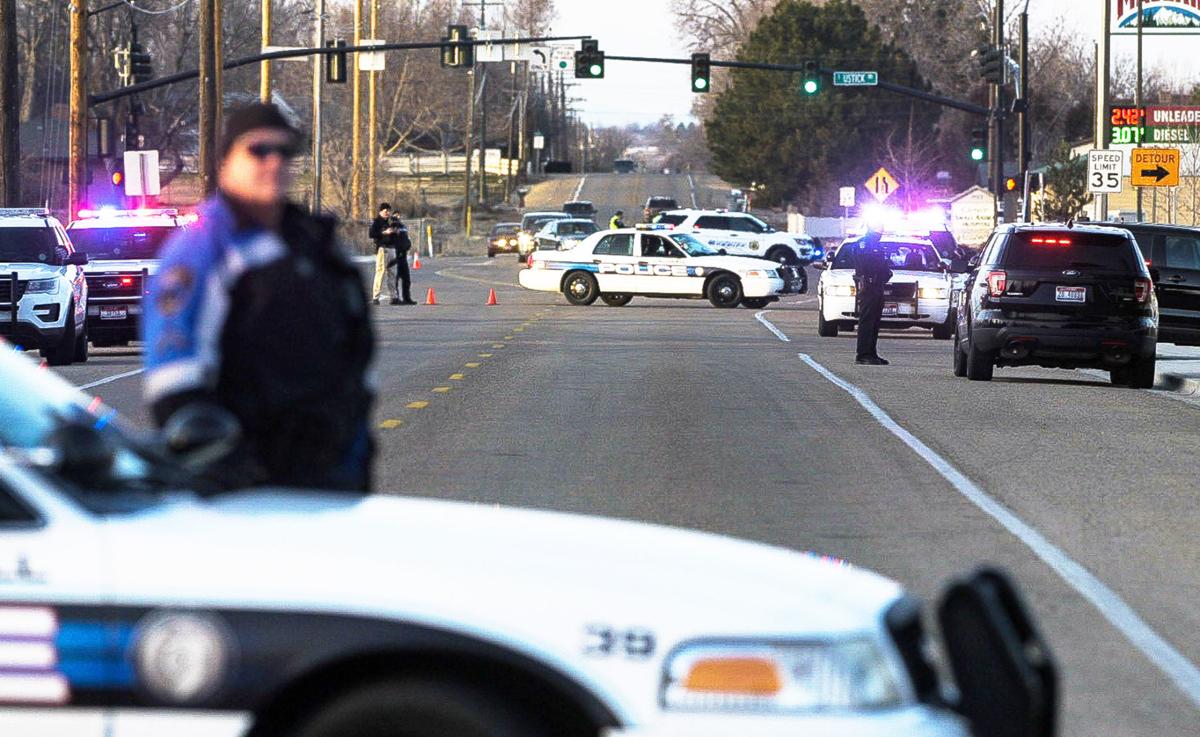 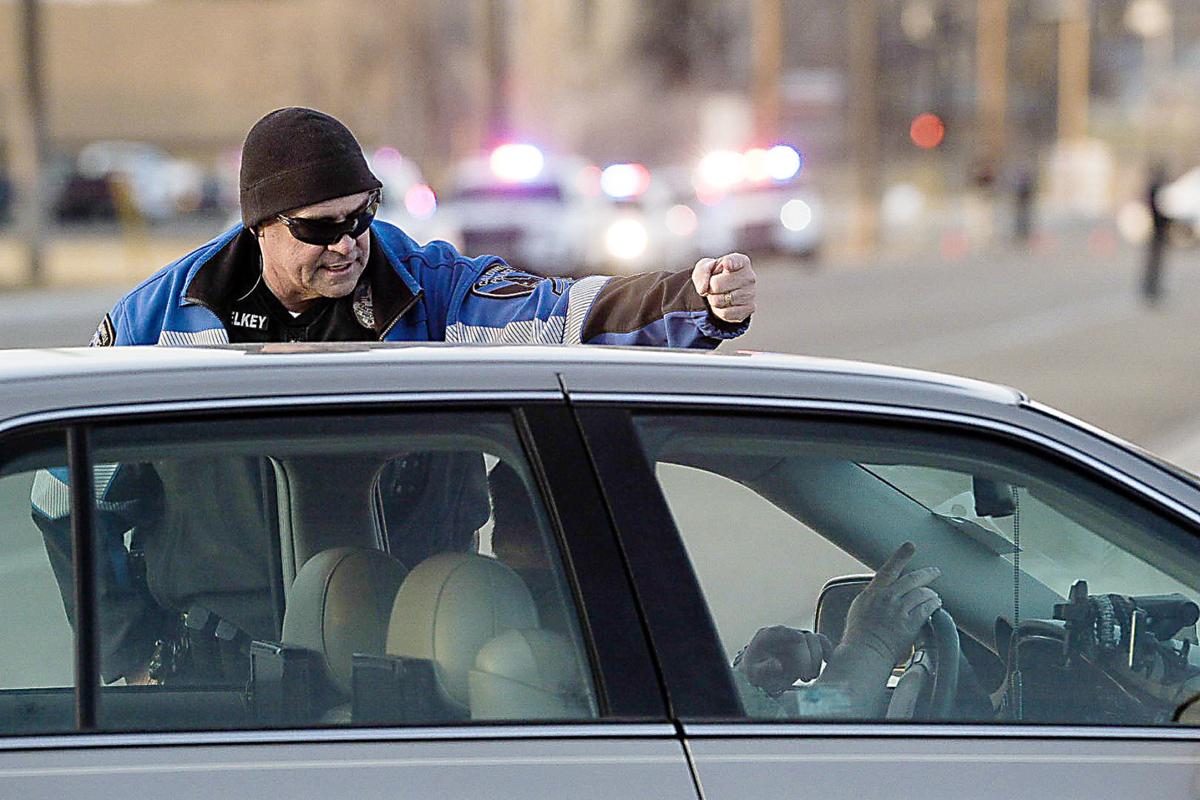 Canyon County Sheriff Kieran Donahue, center, discusses his agency’s parallel investigation into a fatal officer-involved shooting at a senior-living complex in Caldwell during a news conference Friday at the Caldwell Police Department.

CALDWELL — The alleged gunman behind a shooting that left two people dead and three injured, including a Caldwell police officer, had been arguing with three of the victims just moments before he opened fire on them late Thursday afternoon at a senior-living apartment complex, according to police.

In the middle of the verbal dispute, Roger Nordberg left and quickly returned with a .9mm pistol, Caldwell Chief Frank Wyant said during a news conference Friday. The 87-year-old then allegedly starting shooting at the three — Darline Queen, 76; Juanita Pressler, 79; and Kathleen Schlemmer, 58 — hitting each at least once with a bullet. Schlemmer and Pressler survived; Queen succumbed to her injuries.

Wyant said Caldwell police received a report at 4:19 p.m. of an active shooter at the Portstewart Apartments on South 10th Avenue. Officers were on scene in three minutes.

At some point, Nordberg, who police say fired five shots at the women and missed twice, went to another area of the complex, and later was found by police with a self-inflicted gunshot wound. Wyant said it’s not yet known whether Nordberg owned the pistol or how he had access to it.

“This is not a typical thing you see in the city; this is not a random crime,” Wyant said. “This is something that these people knew each other and had a dispute, and unfortunately, it turned out the way it did. … There is no ongoing threat.”

During the incident, Wyant said, an officer — who has been with the department for nine months — was hit by a bullet, receiving a superficial injury to his hand.

Canyon County Sheriff Kieran Donahue, whose agency is conducting a parallel investigation into the officer-involved aspect of the incident, said during Friday’s conference that he was unable to comment on how the officer was shot or if law enforcement fired any weapons. A second officer, who wasn’t injured, also was involved, and both are currently on paid administrative leave per department policy.

Donahue said the Critical Incident Task Force is still putting together a timeline of when Nordberg shot himself and officers arrived at the Portstewart Apartments. He estimates the task force’s investigation will be completed within the next few weeks.

Nordberg, Queen and Pressler were residents at the complex just south of Ustick Road, Wyant said. Schlemmer, who used to live there, had been visiting at the time of the shooting.

Wyant said Caldwell police will continue to handle the ongoing investigation into the alleged murder-suicide.

At Friday’s conference, he thanked the surrounding agencies, which aided the department during the aftermath of the shooting, such as the Canyon County Sheriff’s Office, Idaho State Police and the Nampa Police Department.

“These types of calls are huge; they are time consuming. (The other agencies) came in and assisted us,” Wyant said. “That’s the camaraderie, that’s the partnership and the teamwork that we have in the Treasure Valley.”

Olivia Heersink is the Canyon County public safety reporter. You can reach her at oheersink@idahopress.com. Follow her on Twitter @heersinkolivia.

2 dead in officer-involved shooting in Caldwell