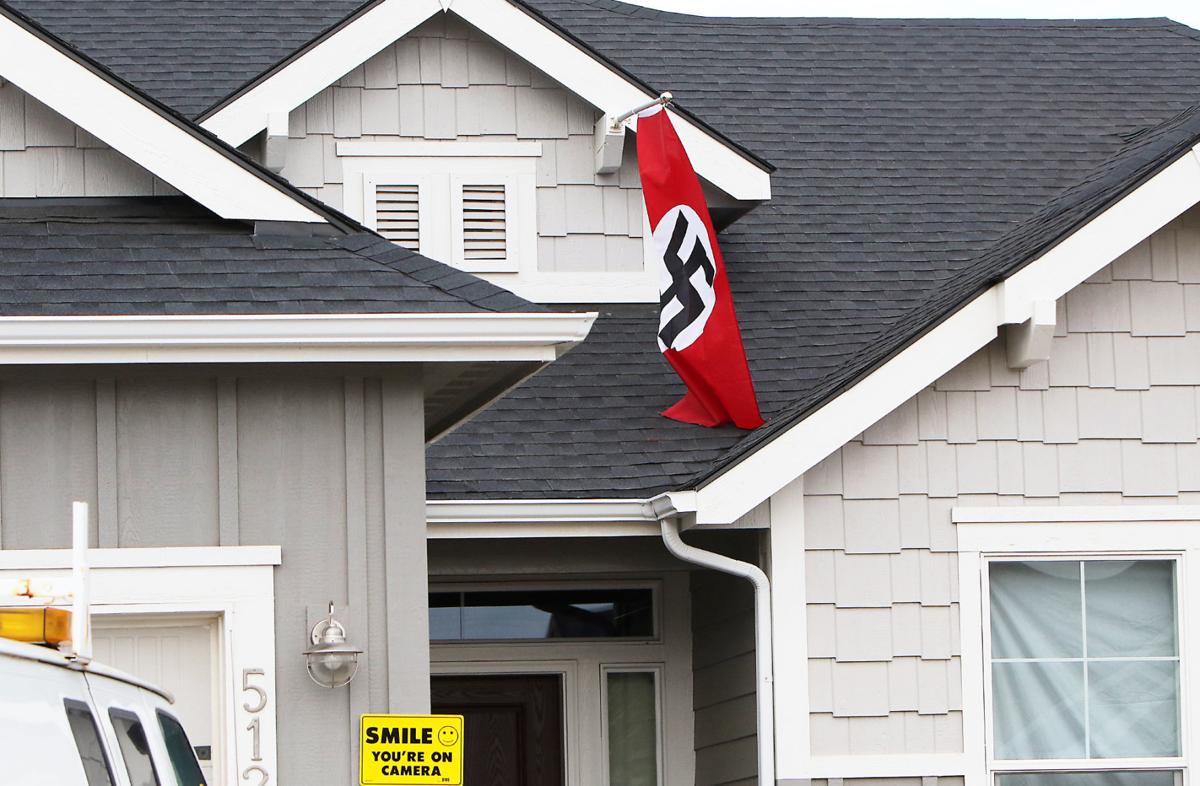 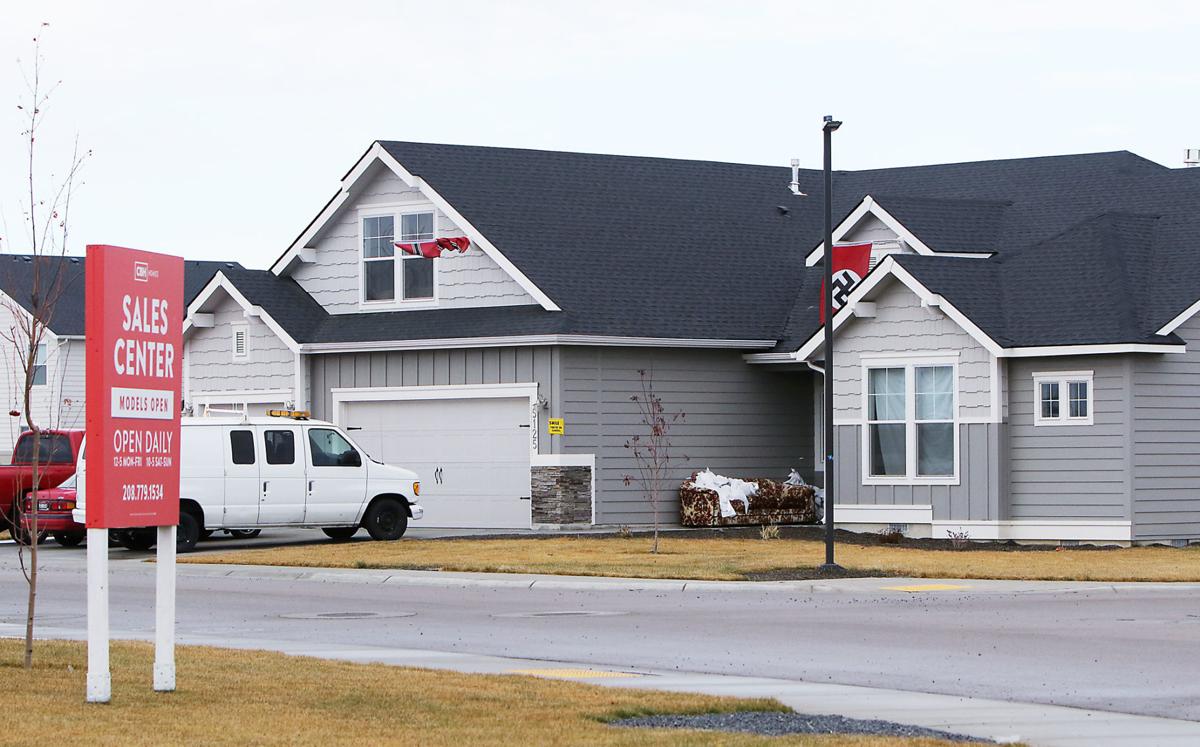 CALDWELL — United Vision for Idaho, a statewide progressive coalition, is calling for Idaho cities to pass ordinances denouncing hate groups and acts of hate after a Caldwell man was found flying Nazi flags outside his home to protest his homeowners association.

United Vision for Idaho sent a press release Monday along with Western States Center, a regional nonprofit that advocates for strong democracy, saying they advocate for the city ordinances that include providing employees with training in recognizing and confronting extremest efforts and extremest organizations.

United Vision earlier this year proposed a resolution in Boise, which the City Council passed Sept. 24, condemning white supremacy, disparaging hate and discrimination, and calling Boise a welcoming and inclusive city for all.

In its press release, the coalition said the Nazi flags flying in Caldwell were particularly disturbing after last week’s attack in New Jersey in which three people were killed in a targeted attack on a kosher market in New Jersey. The two attackers were allegedly motivated by anti-Semitism.

“Even in the midst of heated disagreements, we must never forget the power of hateful symbols,” United Vision for Idaho’s release said. “Swastikas and Nazi flags invoke one of the most murderous periods of human history. While we were relieved to learn that the homeowner does not personally support the Nazis, his display of Nazi flags is unjustifiable and deeply disturbing. These symbols have no place in Caldwell, and they have no place in Idaho.”

Adrienne Evans, executive director of United Vision for Idaho, said the organization is reaching out to Caldwell representatives about an ordinance, as well as the Blaine County Commission because she said they have been seeing a rise of white nationalist groups in eastern Idaho.

The homeowners association for the neighborhood, Boardwalk Association Management, said in an email that “the parties involved have been working towards a resolution,” but no updates were available Tuesday. The Idaho Press tried to speak with the resident Thursday, but no one came to the door of the home.

Evans said they had not received a notice on whether or not Garden City would be interested in passing a resolution like Boise’s.

Caldwell City Clerk Debbie Geyer told the Idaho Press last week that there is currently nothing in city code that addresses hate speech.

“Everybody has a right to fly flags,” she said. “People fly confederate flags out of their pickup trucks and things, but if that flag was tied to a criminal act, that is a criminal issue.”

Caldwell City Councilman Mike Pollard said he would be interested in hearing the language of a potential ordinance condemning hate speech. He said if he agreed with the language, he would consider proposing something himself.

The Caldwell resident who hung the Nazi flags told Nate Shelman, a host on NewsTalk 670 KBOI, that notices from his HOA over “stupid things that I didn’t do, or that I thought they were exaggerating on,” set off his protest. He identified himself as Dave. Caldwell police responded to the house earlier this month, after a CBH Homes employee filed a complaint, and filed a report saying officers were unable to reach the resident, identified in the report as Steven Smith.