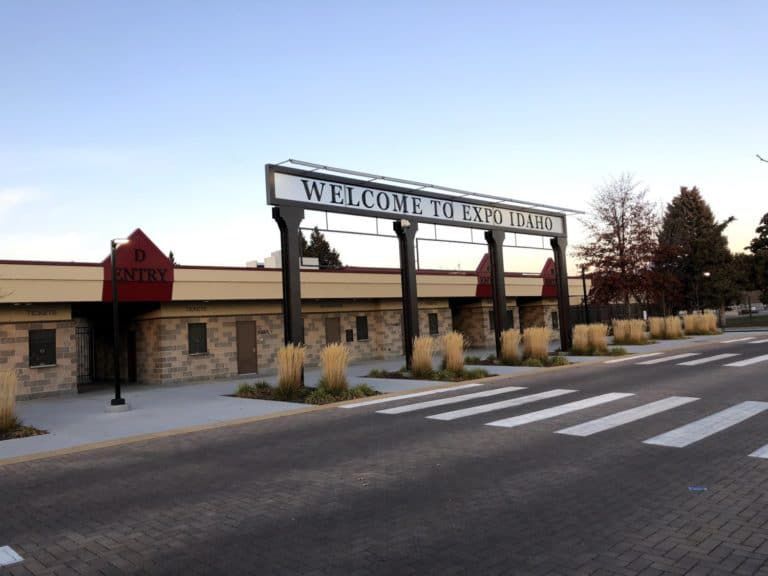 The Expo Idaho site in Ada County houses the Western Idaho Fairgrounds, Les Bois Park, Memorial Stadium and other facilities. Its future is being debated. 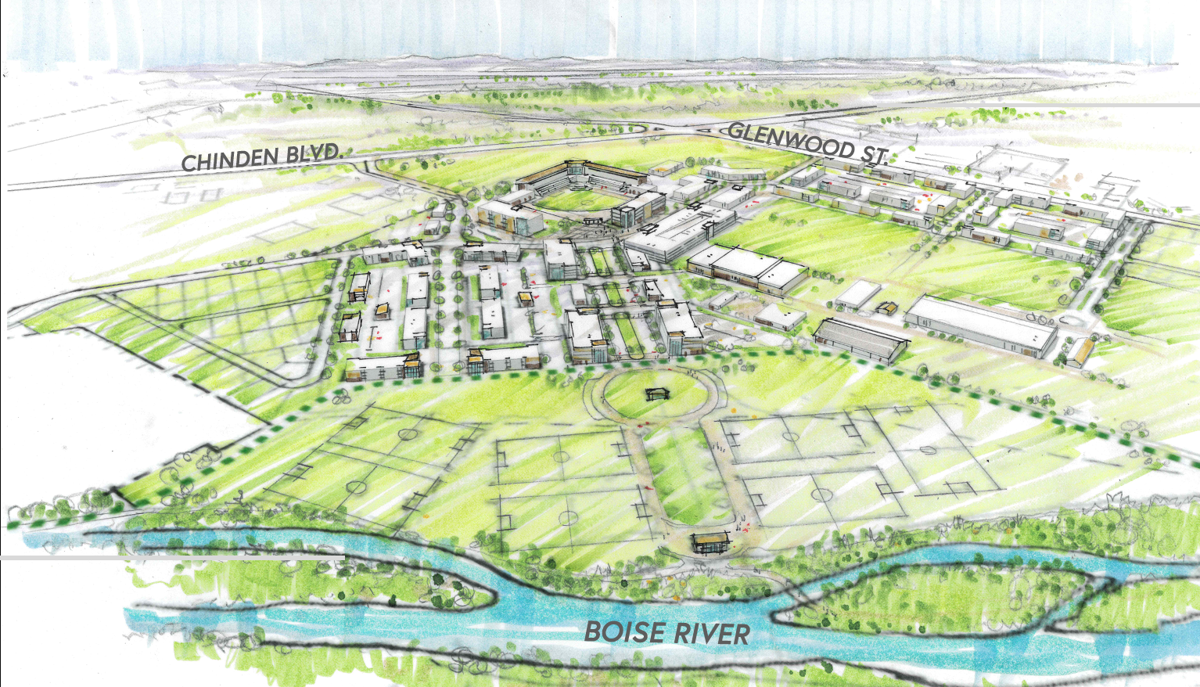 A bird’s eye view rendering of an initial proposal from BVA Development and Greenstone Partners to revamp a large portion of the Expo Idaho site in Ada County, surrounded by Garden City. 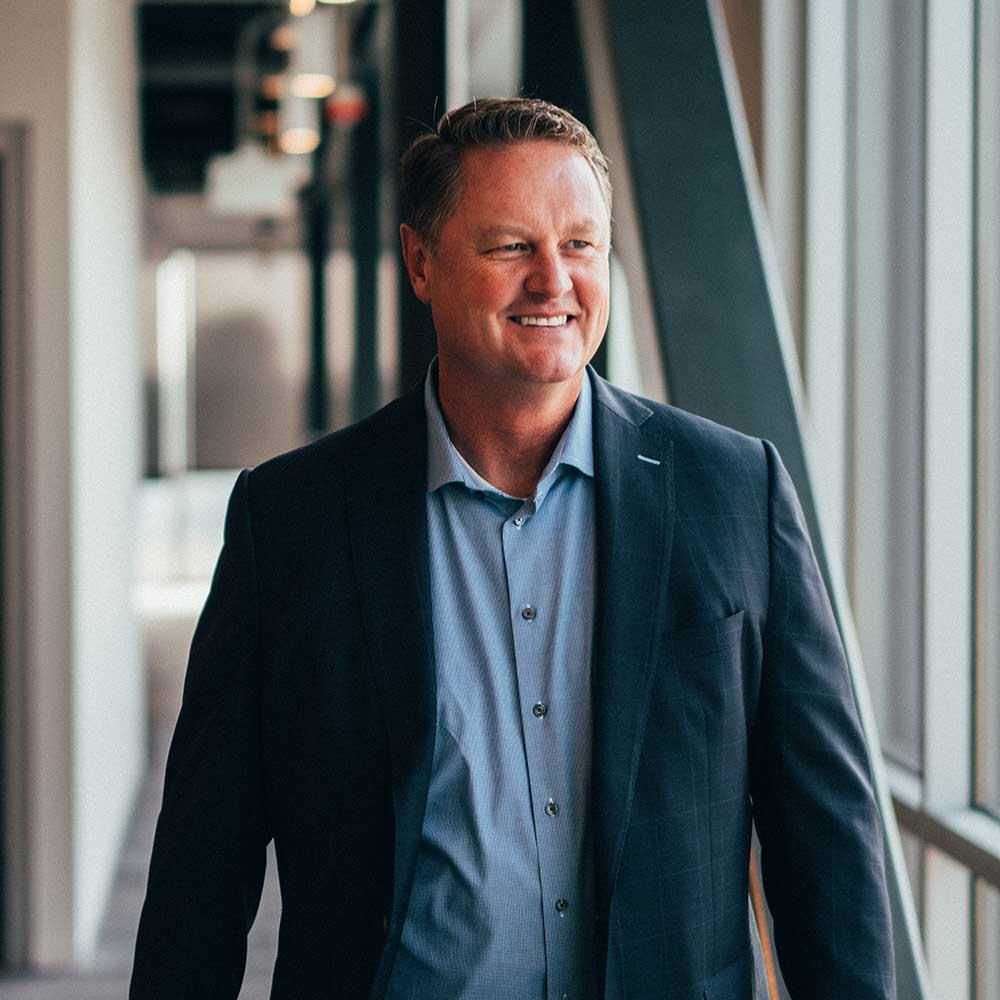 The Expo Idaho site in Ada County houses the Western Idaho Fairgrounds, Les Bois Park, Memorial Stadium and other facilities. Its future is being debated.

A bird’s eye view rendering of an initial proposal from BVA Development and Greenstone Partners to revamp a large portion of the Expo Idaho site in Ada County, surrounded by Garden City.

Originally posted on boisedev.com on Sept. 3.

Another agency said no to using public money for a new sports park in Boise.

Last month, BoiseDev broke news of a new idea for a stadium and redevelopment of Expo Idaho.

On September 1, Greater Boise Auditorium District Executive Director Pat Rice sent a letter to developer Tommy Ahlquist saying the board would not put funds toward a $234 million revamp of the Expo Idaho site in Garden City until the economy improves.

The concept, which was presented to the GBAD board in an executive session last month, includes a new stadium for the Boise Hawks, multi-family and single-family homes, a parking deck, and space for the fairgrounds to continue operating.

In an email to BoiseDev, Rice said the auditorium district didn’t deny the funds based on the merits of the idea. Instead, he said the board expressed concern about revenue losses from COVID-19. GBAD, which operates the Boise Centre, is funded primarily by hotel room taxes.

“The unforeseen circumstances, and consequences, that have impacted the Hospitality Industry has created a tremendously uncertain future,” the letter said. “As a result, the Board has decided they owe it to our bond holders, stakeholders, industry partners constituents, and particularly themselves to remain fiscally prudent in such an environment.”

This latest iteration of a stadium proposal brings together Ahlquist’s company Ball Ventures Ahlquist, Atlanta-based developer Greenstone Properties, and Boise Hawks-owner Agon Sports. Greenstone previously worked with former Boise Mayor Dave Bieter to build a stadium in downtown Boise. The combination of a ballot initiative requiring voter approval on the project and the election of Mayor Lauren McLean ended the possibility of city funding for the project.

Ahlquist did not respond to a request for comment Thursday.

Boise Hawks President Jeff Eiseman said there was likely “some confusion” with GBAD in an interview Thursday. He said the developers did not request any financial assistance at this early point in the process but instead hoped for support and future meetings about the concept to flesh out more details.

“We are only seeking a non binding MOU to be able to show that there’s community support in order to get this done in Boise. The challenge we know from the timing perspective, we recognize that the district, like most businesses, has been impacted.”

Rice agreed with Eiseman there was no formal ask for funds in an interview Thursday. However, he said there was a line item in the proposal for $22.5 million from GBAD in the project concept and it was up to his board to discuss the financial feasibility of possibly contributing in the near future.

“Whether the project is a good or bad project or how people feel about it, none of that entered into it,” Rice said. “Even if no one’s asking us for a specific dollar amount, the bottom line is before anyone even gets into that we need to know what we can do and what we can’t do.”