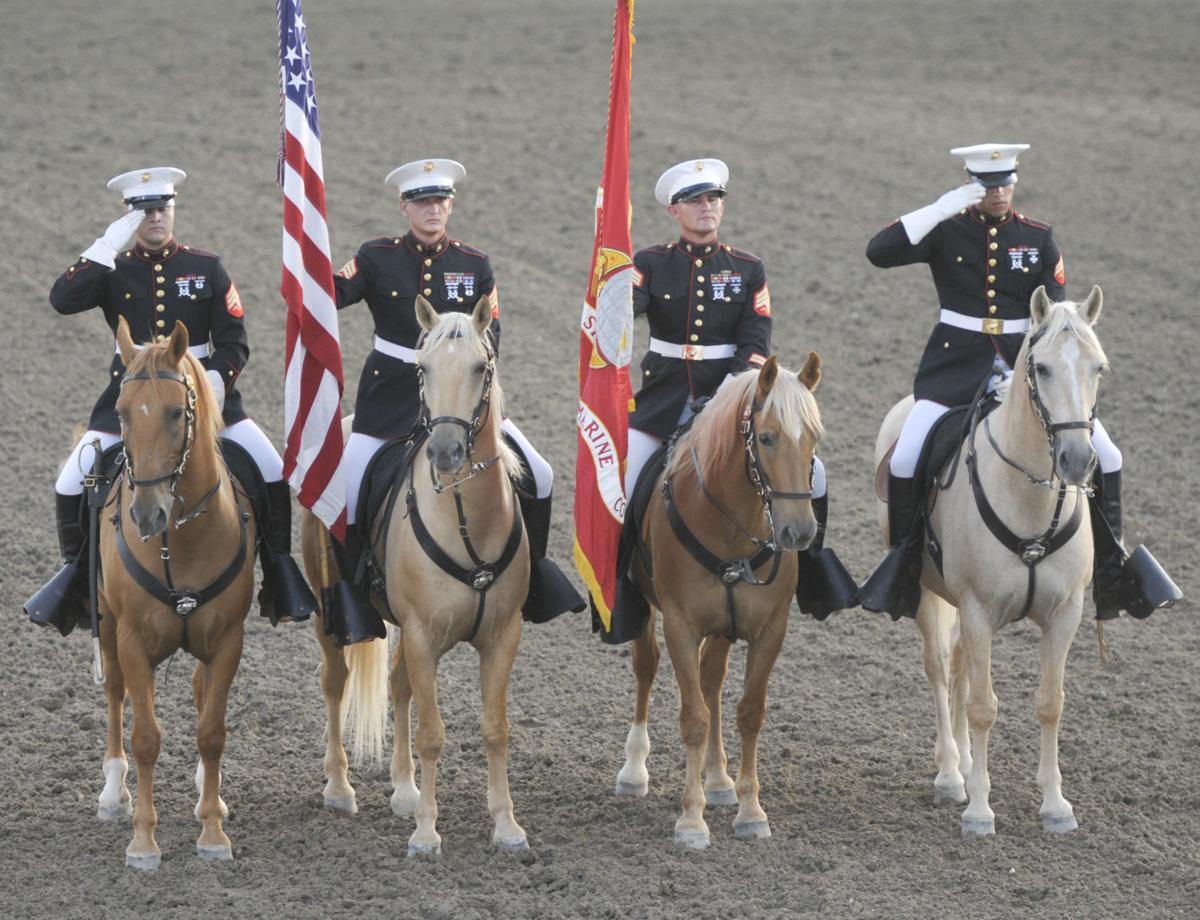 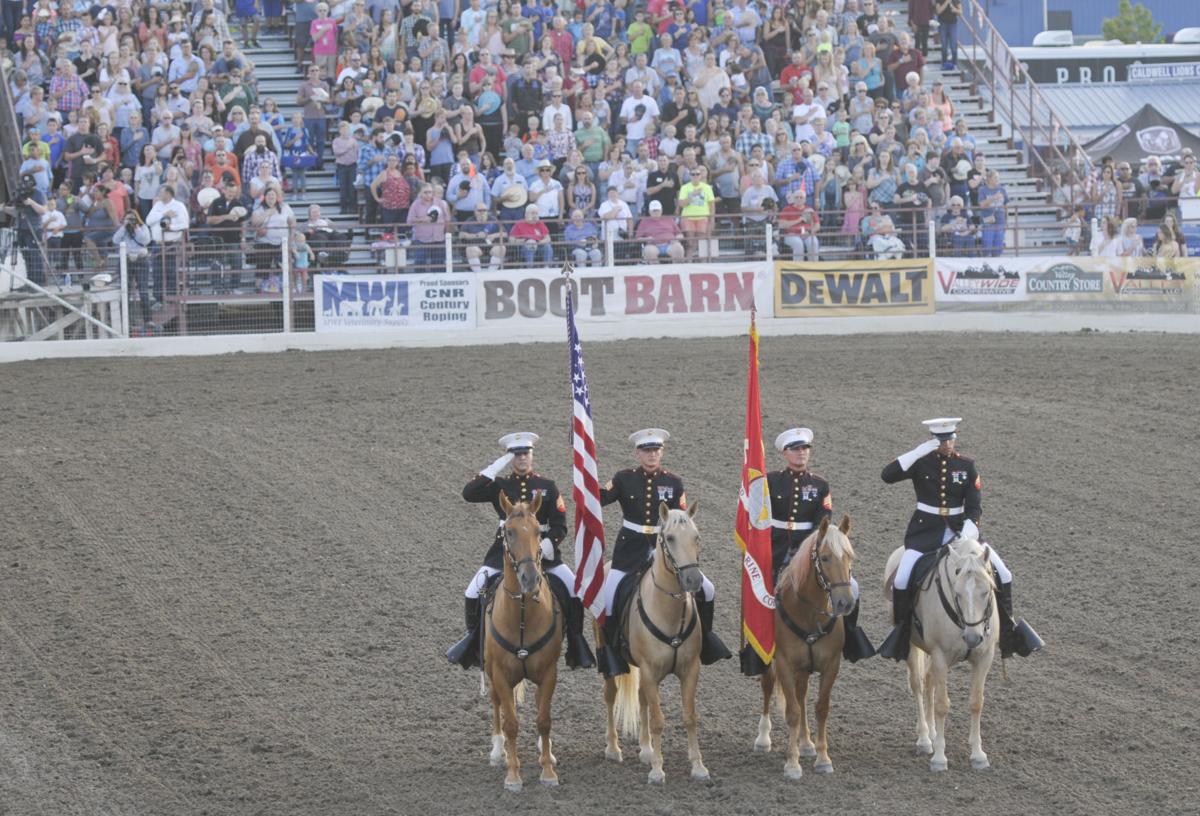 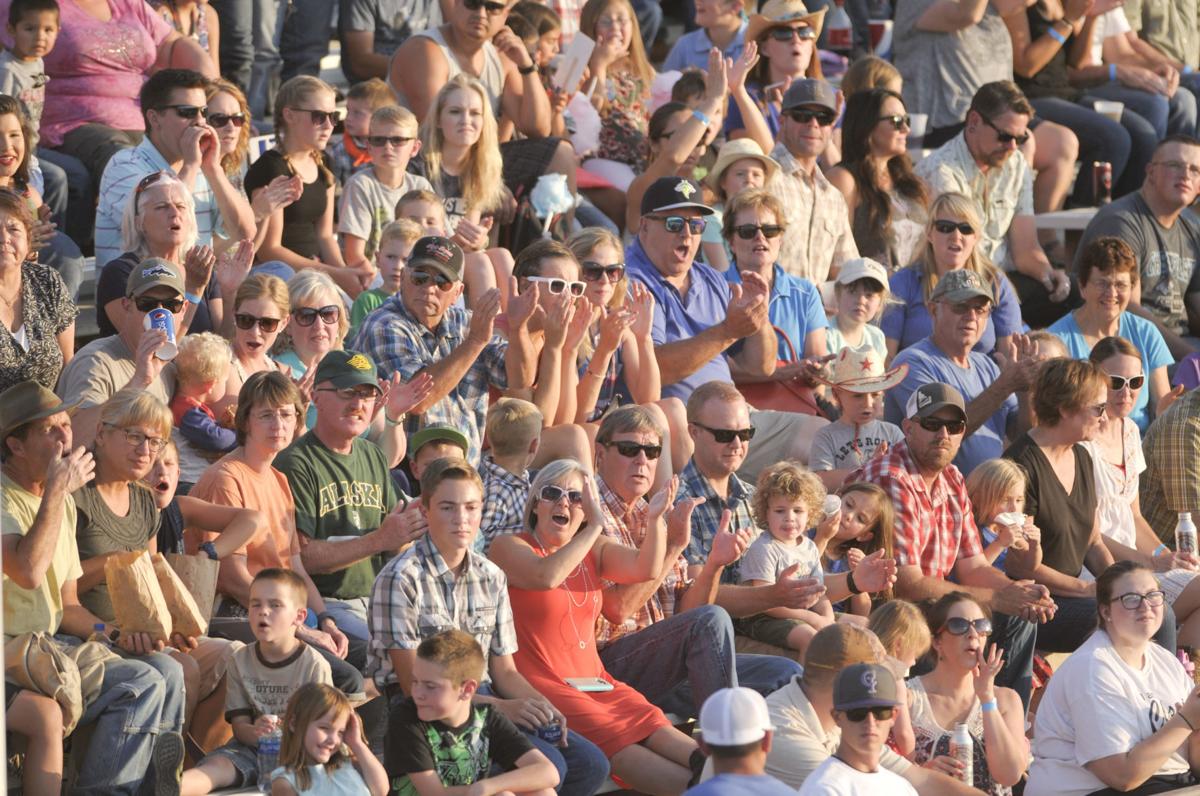 CALDWELL — The Caldwell Night Rodeo's patriotism-themed night this year will feature a special guest — the only remaining mounted color guard in the Marine Corps.

Audience members are encouraged to wear red, white and blue on Friday to witness the guard swear in 70 new Marine recruits, all from the Boise metropolitan area. It will be the first time that the guard has come to the Treasure Valley.

At the oath ceremony, the recruits will swear to support the Constitution and defend the country, Staff Sgt. Nicholas Beberniss said.

"The patriotism at events like this make us feel better about the work we do," Beberniss said.

The evening will also include a flyover of vintage World War II planes from the Warhawk Air Museum. A missing man formation, which is an aerial salute performed to honor fallen soldiers, will be showcased at the presentation. A portion of the proceeds from the night will be used to support wounded or fallen service members and veterans and their families in the valley.

The guard unit is based in Barstow, California, and was founded 50 years ago by Lt. Col. Robert Lindsley from Columbus, Ohio.

The color guard rides mustangs adopted from the Bureau of Land Management's Adopt a Horse and Burrow Program. The Marines in the guard are volunteers and participate in addition to their active service.

HISTORY OF THE RODEO

The rodeo started in 1935 and was the first night rodeo to be held in southern Idaho.

The rodeo is famous for cowboys being the stars. This tagline comes with a story.

In 1965 after a year of low attendance at the rodeo, directors decided to hire Patti Page to entertain at the event and name it to The Treasure Valley Roundup. Unfortunately, it rained that year and the rodeo was left with no money to pay contractors after paying Page. A fundraiser was held, and the community supported the rodeo's efforts paying $100 a plate for a barbecue dinner at the fundraiser.

Next year in 1966, the rodeo was renamed to Caldwell Night Rodeo again and it was vowed to only have cowboys as the stars of the event.

This year, CNR is celebrating its 83rd year.

The Caldwell Night Rodeo is one of the top 20 rodeos in the Professional Rodeo Cowboys Association. It has been nominated for the PRCA’s Large Outdoor Rodeo of the Year seven times.

Tickets are available at D & B Supply, Idaho’s Cowboy Supply, Hap Tallman’s & Boot Barn. Tickets may be purchased at the gate based on availability or online through the rodeo's website, www.caldwellnightrodeo.com.