We've recently updated our online systems. If you can't login please try resetting your password. You must login with an email address. If you don't have an email associated with your account email circulation@idahopress.com for help creating one.
1 of 11 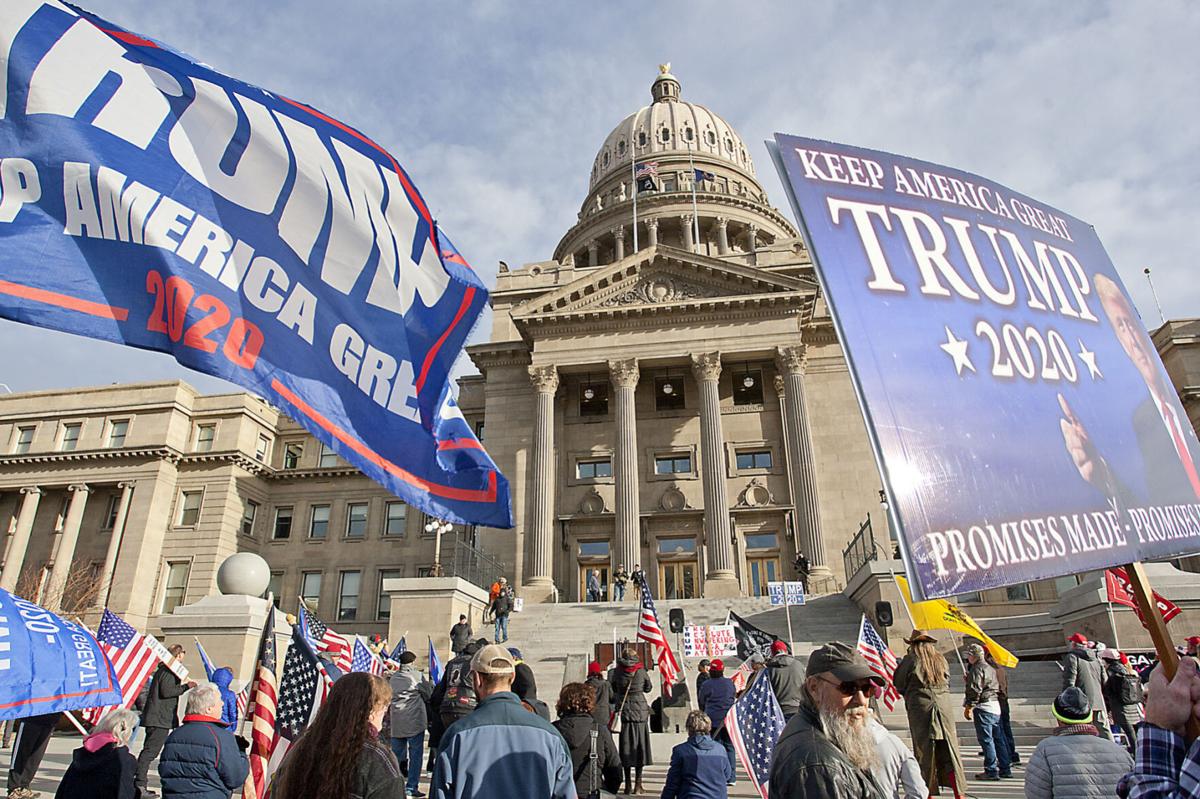 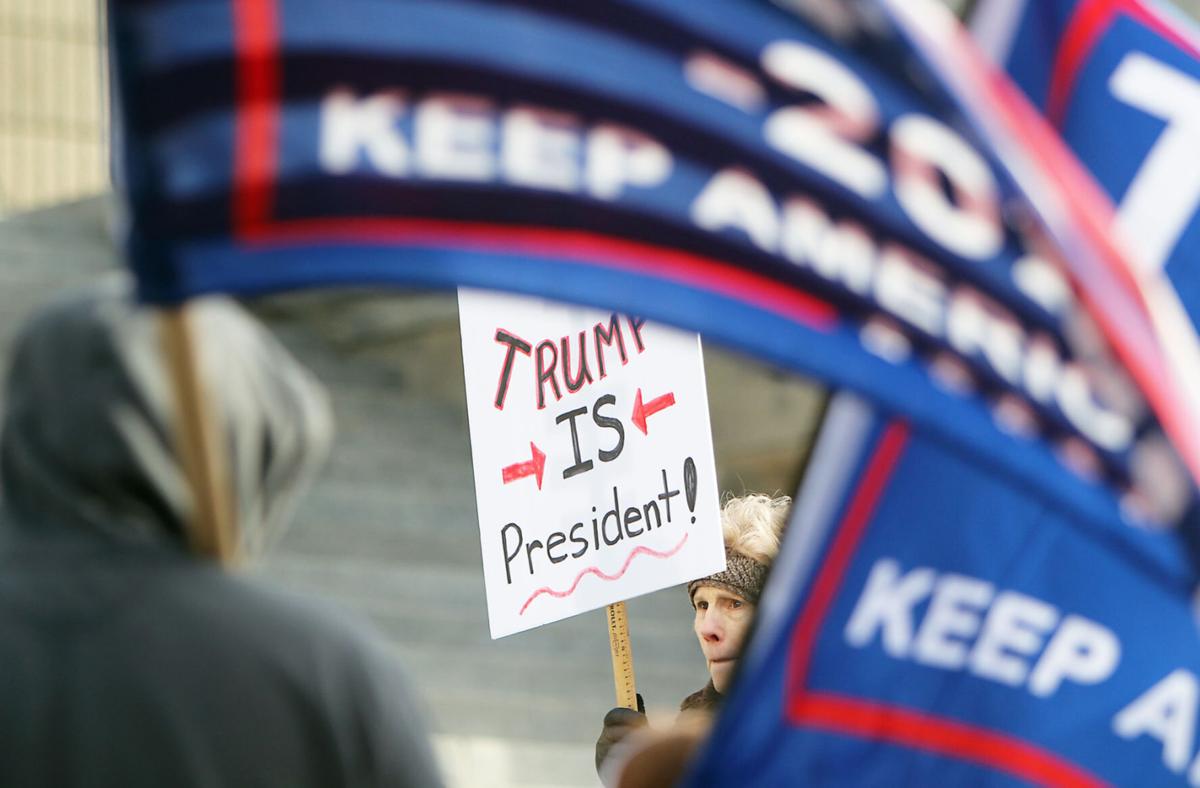 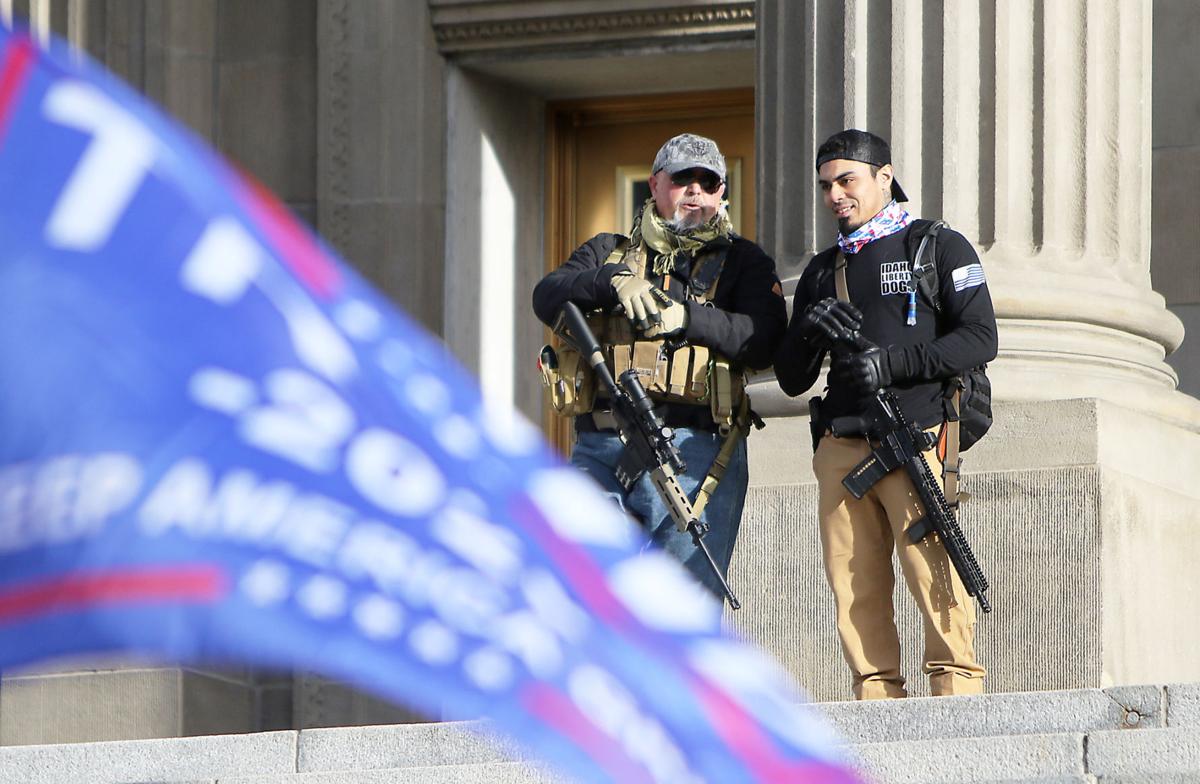 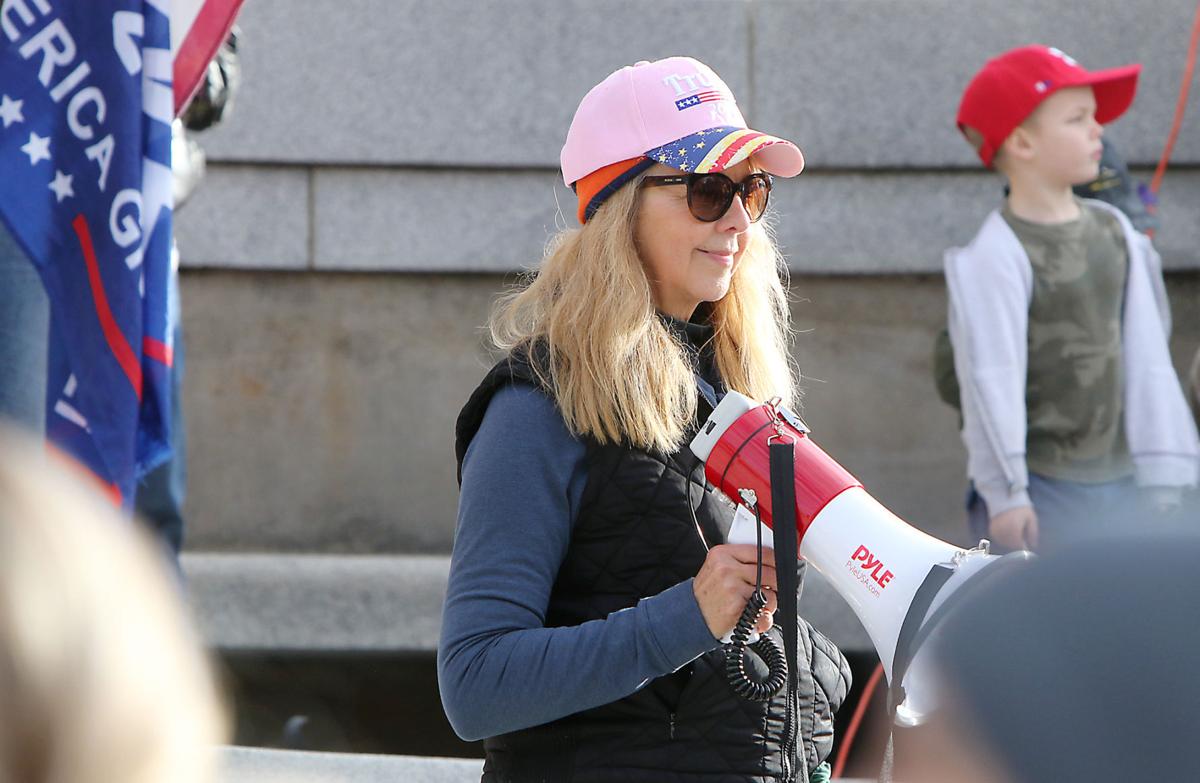 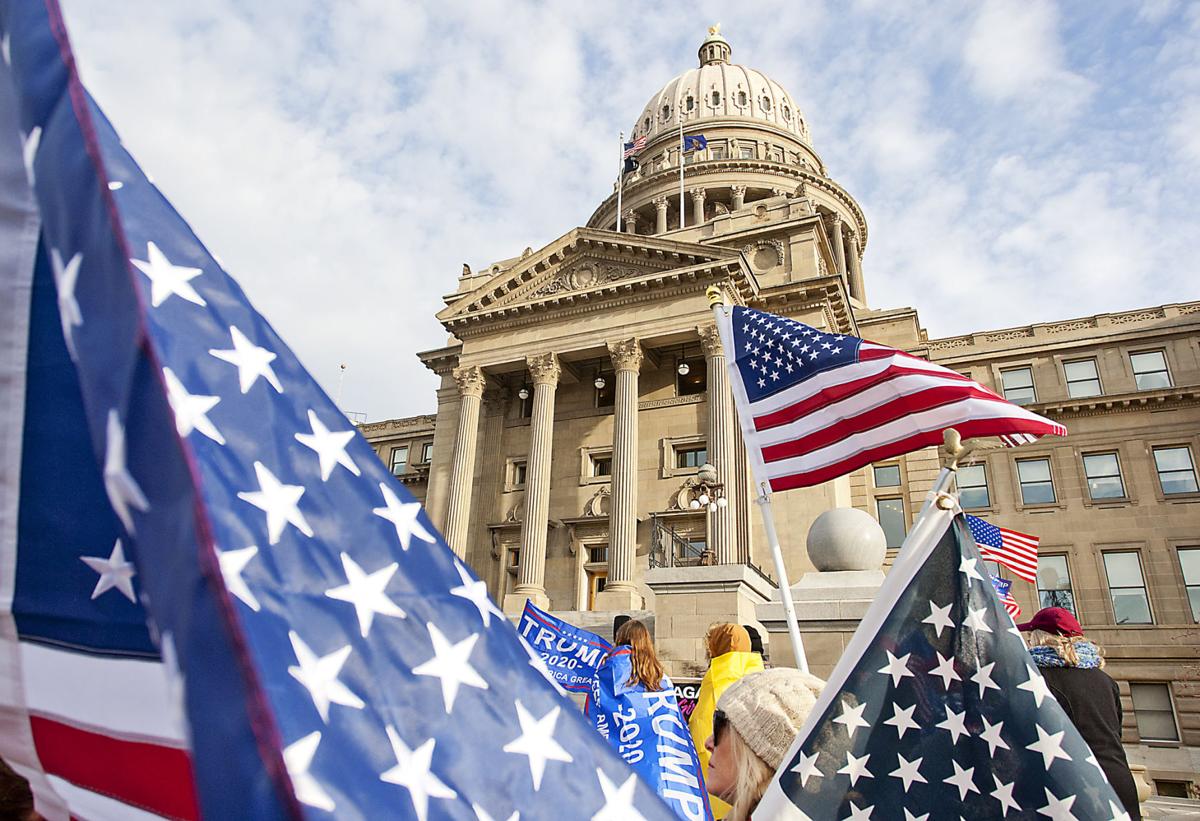 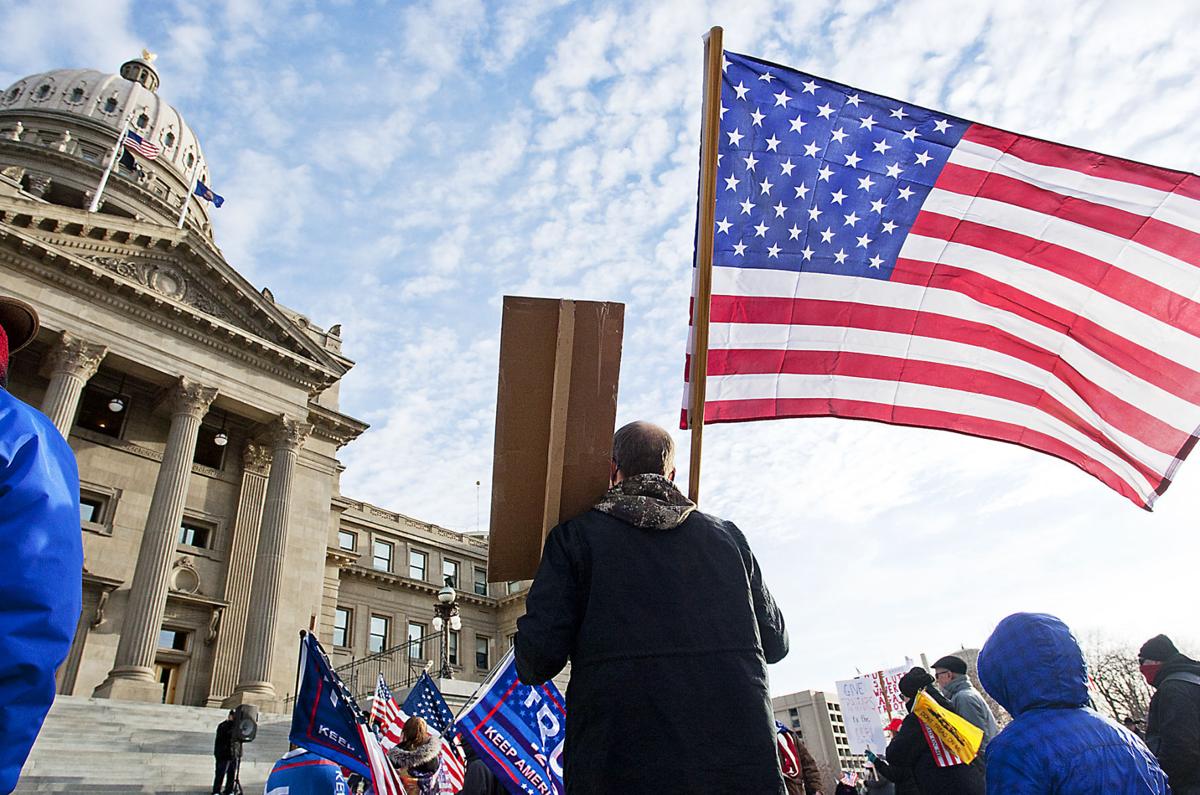 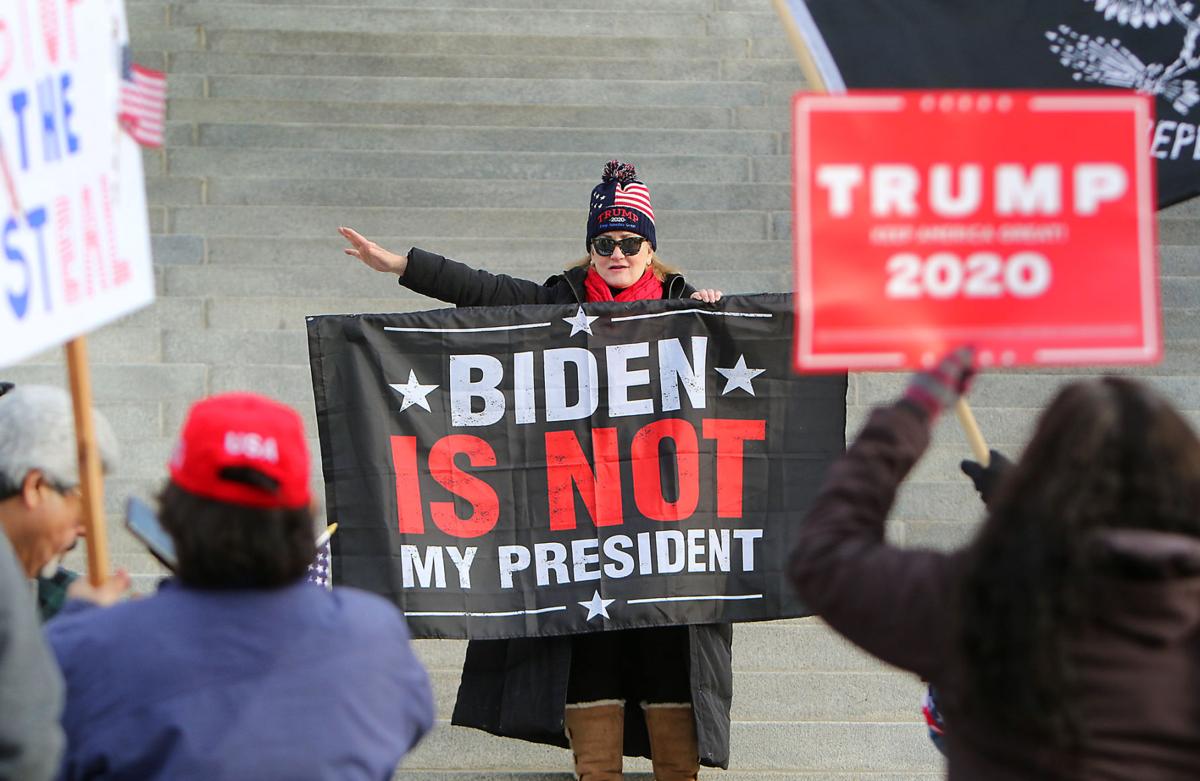 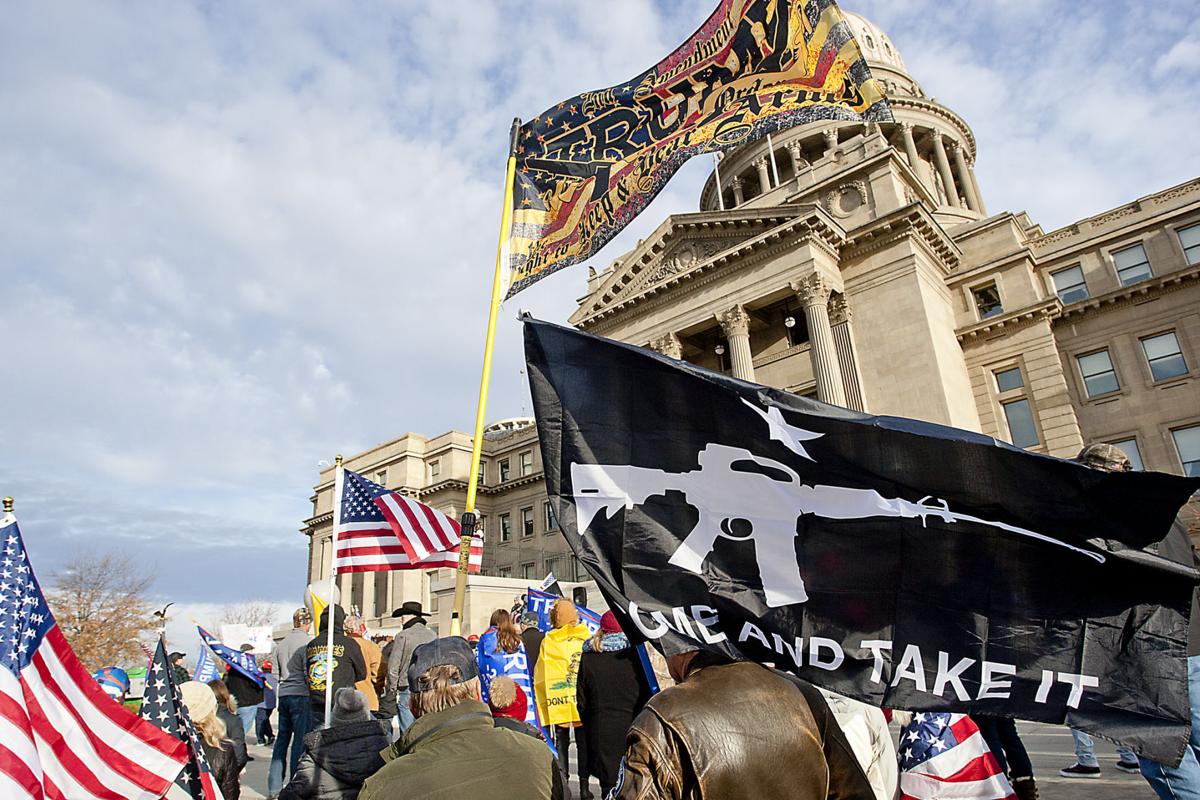 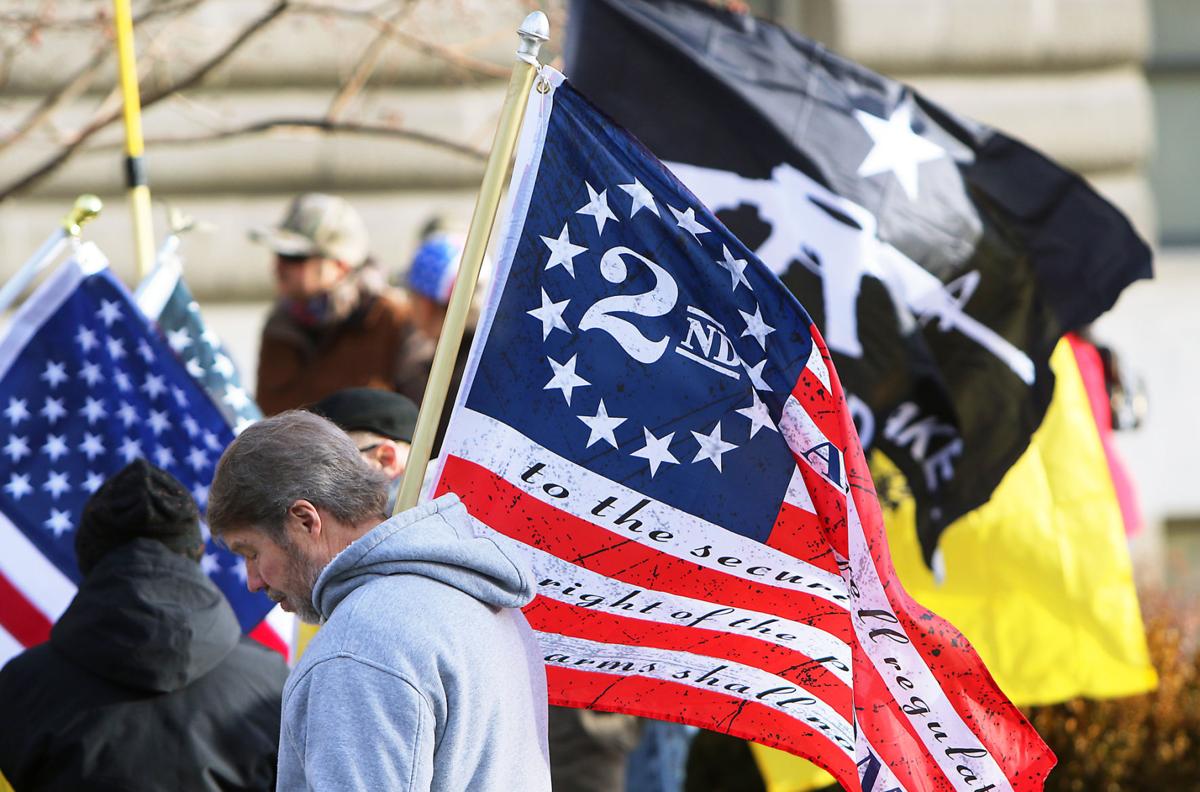 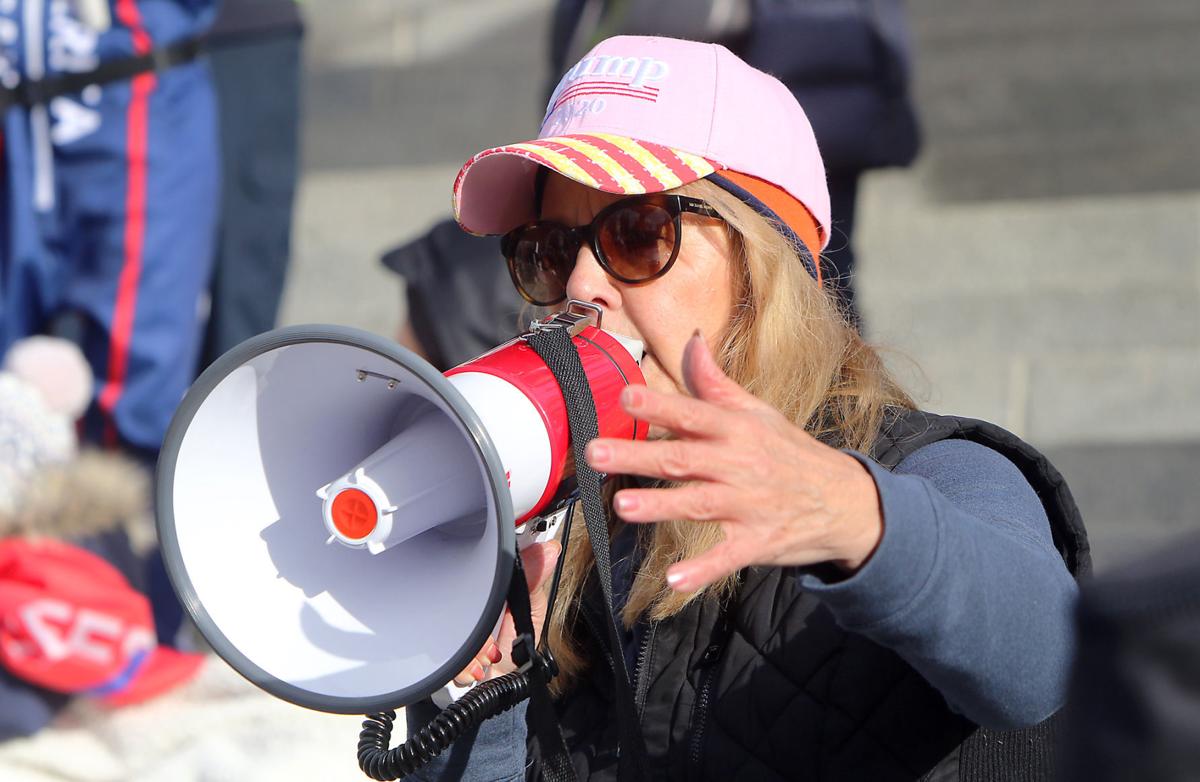 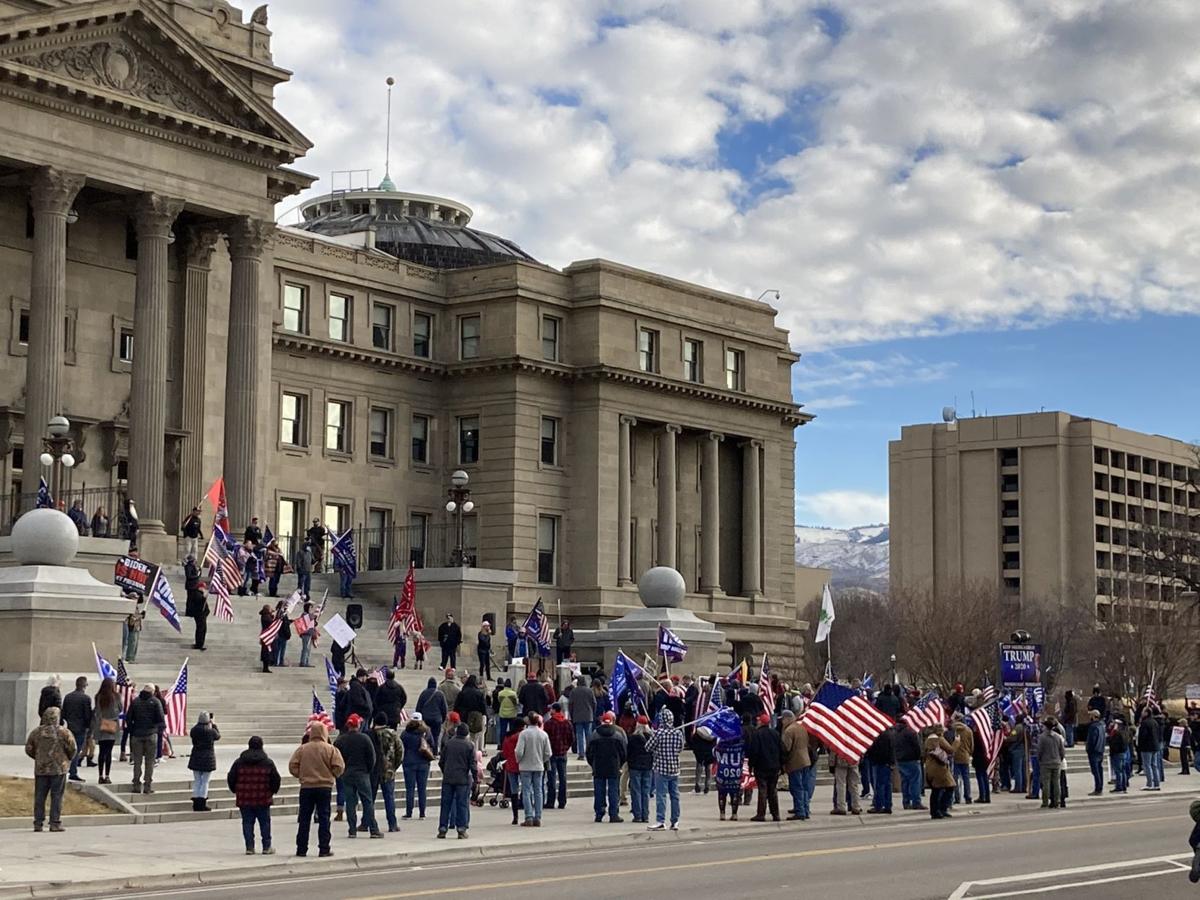 Supporters of President Donald Trump rally at the Idaho Capitol to protest November’s presidential election, the results of which were scheduled to be certified Wednesday.

Supporters of President Donald Trump rally at the Idaho Capitol to protest November’s presidential election, the results of which were scheduled to be certified Wednesday.

BOISE — Several hundred people gathered Wednesday at the Idaho Capitol in support of President Donald Trump who in recent months has urged his supporters to deny the results of November’s election, which he lost.

Organized by the Idaho chapter of MAGA girl, a pro-Trump organization, Wednesday’s rally was peaceful, unlike the chaotic scene that unfolded at the nation’s Capitol. As the protesters gathered in Boise, pro-Trump insurrectionists stormed the U.S. Capitol, forcing an evacuation of lawmakers, staff and journalists, as the U.S. Senate attempted to certify the electoral college votes of the presidential election.

At the Idaho Capitol, attendees listened to a web stream of Trump speaking in Washington, D.C., which was followed by in-person speeches from local Trump supporters, including Rep. Aaron von Ehlinger, R-Lewiston, and Tom Munds of Caldwell, an area coordinator for the John Birch Society.

Trina Westberg, a team leader for MAGA girl, organized the rally. She told the Idaho Press the rally was meant to protest the results of the November election. Westberg repeated several false claims of election fraud that have spread throughout conservative and social media and have been shared by the president himself.

“We’re here to support our great president,” Westberg said. “We love President Trump. He’s done so much for our country.”

Von Ehlinger criticized Republicans that have not supported Trump’s claims of election fraud.

“I will never forget nor will I ever forgive the people … the traitors that stole this election,” von Ehlinger said.

Various election officials across the country and Trump’s then-attorney general, William Barr, have said there was no widespread fraud in the election, according to reporting from the Associated Press and multiple other outlets. Republican governors in Arizona and Georgia, key battleground states crucial to Biden’s victory, have also vouched for the integrity of their state elections. Nearly all the legal challenges from Trump and his allies have been dismissed by judges, including two tossed by the Supreme Court, which has three Trump-nominated justices.

'A pretty low point for our democracy'

Jeffrey Lyons is an assistant professor of political science at Boise State University whose research focuses on American politics, specifically public opinion, political behavior and psychology and state politics. Lyons spoke to the Idaho Press on Wednesday following the siege of the U.S. Capitol by extremist Trump supporters.

"I don't think that this is how we should want to see democracy function, and I would hope it's not how most folks want to see election outcomes go," he said. "It's hard to look at what's happening today and walk away from it with anything other than sadness and frustration."

Trump's disregard for American democratic rules and norms since November are unprecedented in the modern era, Lyons said. While the 2020 election is similar in some ways to the 2000 election, which was decided by the U.S. Supreme Court, there were some key differences. Namely, Trump and some of his supporters have not recognized court rulings — including some by conservative judges appointed by Trump — that refuted claims of election fraud, Lyons said.

"Instead of accepting that outcome … we're seeing the president continue to press onward with these claims and these accusations and encouraging his supporters," he said.

As for the "anger and frustration" displayed at the U.S. Capitol protest Wednesday, Lyons said it was likely a result of a few converging trends in American politics: populism, increased partisanship and nationalism.

Another trend, negative partisanship, the "outright distaste for the other political party," has been on the rise in recent decades, Lyons said. More partisan voters believe the opposing party is not only the wrong choice in a presidential candidate but that the opposing candidate actually will "ruin the country or worse," he said.

Further, a nationalization of politics has shifted the attention and values of the electorate. Government is increasingly driven by what's happening in Washington, D.C., even at the local and state level, Lyons said.

"If what's happening in D.C. is a president who is furthering these conspiracy theories about voter fraud and election fraud … it has a really big impact in a way that maybe it wouldn't if we didn't have politics that were so nationally focused," he said.

Moving forward, Lyons said he hopes America will return to its normal election processes — such as, the runner-up conceding after which the candidate's supporters take their grievances to the ballot box in the next election. Even so, the anger displayed Wednesday likely won't disappear, he said, but "hopefully it gets channeled into our normal electoral processes."

WASHINGTON (AP) — The Latest on Congress’ tally of the Electoral College vote won by Joe Biden (all times Mountain time):