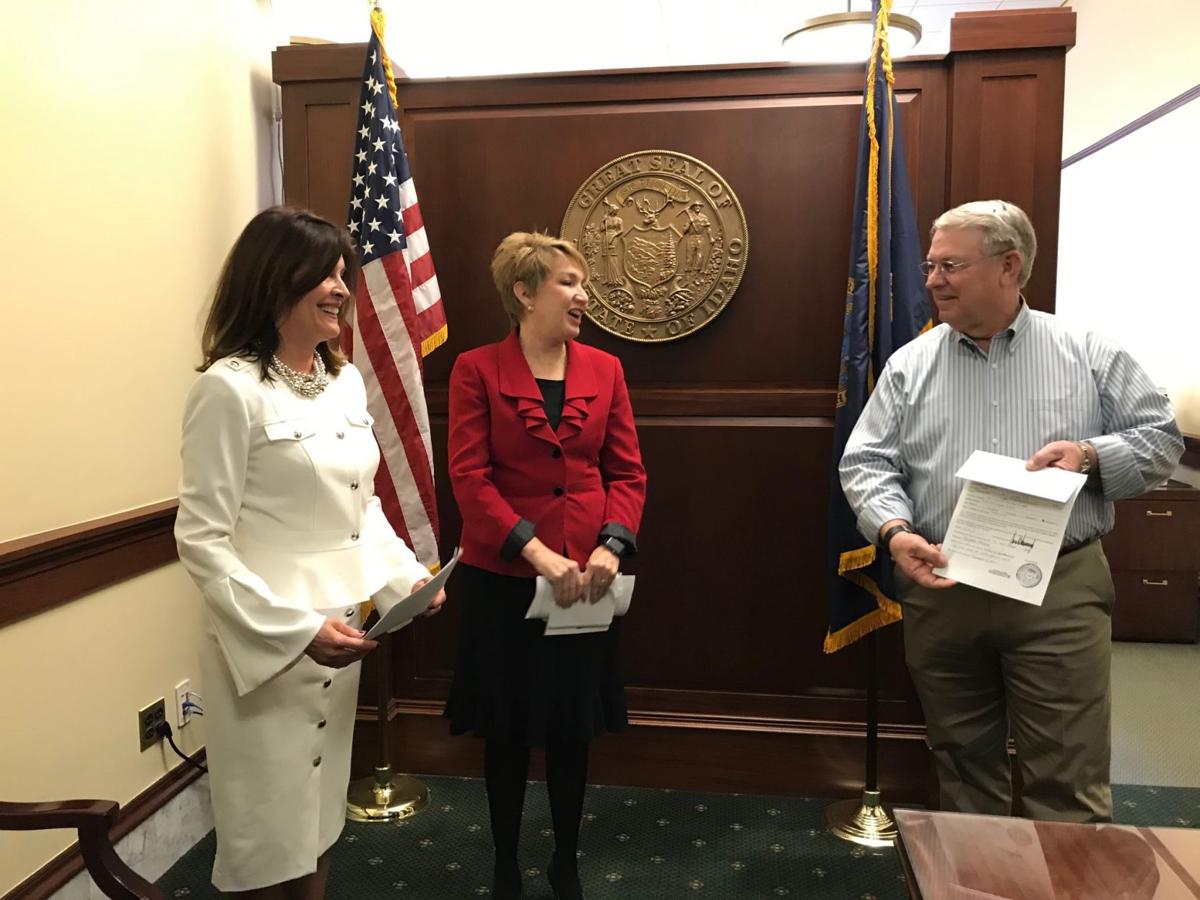 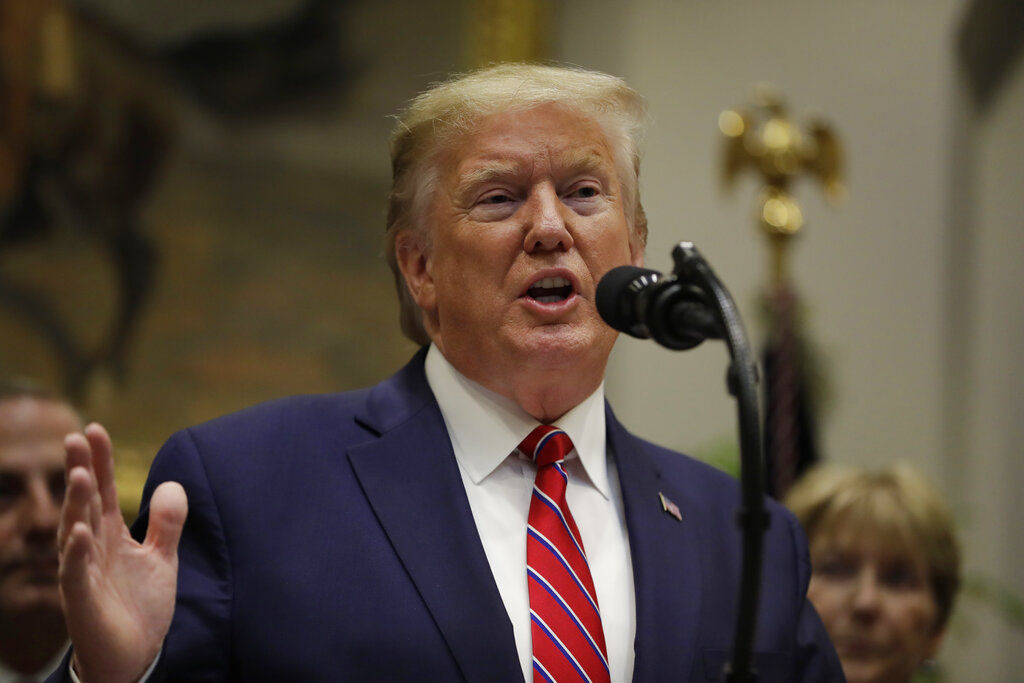 President Donald Trump speaks during an event on healthcare prices in the Roosevelt Room of the White House, Friday, Nov. 15, 2019, in Washington.

President Donald Trump speaks during an event on healthcare prices in the Roosevelt Room of the White House, Friday, Nov. 15, 2019, in Washington.

Trump is the first Republican to file for Idaho’s primary; two Democratic hopefuls, South Bend, Indiana, Mayor Pete Buttigieg and unknown Brian Moore of Florida also have filed so far. Democratic candidate Amy Klobuchar’s campaign has contacted the Idaho Secretary of State’s office but not yet submitted its filing.

Idaho Secretary of State Lawerence Denney, who accepted the filing paperwork and $1,000 filing fee from Lt. Gov. Janice McGeachin and state Treasurer Julie Ellsworth in Denney’s office Friday morning, said Moore, the Florida Democrat, actually changed his mind after filing and asked for a refund of the $1,000, but Idaho law doesn’t allow for refunds.

Political parties participating in Idaho’s March presidential preference primary will include the Republicans, the Democrats, and most likely the Constitution Party, Denney said. The Idaho Democratic Party, which held caucuses to select its presidential delegates in 2016, is switching to hold a primary election this time.

McGeachin said, as she handed the paperwork and check to Denney, “We’d like to make this official today.” She touted Trump’s “promises made, promises kept” agenda and said it’s delivered “results for the state of Idaho.”

As examples, McGeachin noted reduced taxes on businesses and Gov. Brad Little’s initiative to reduce the state’s regulatory rules. “This is how our president’s policies are taking effect in the state of Idaho and helping our citizens and business owners,” she said.

Ellsworth said, “I want to talk about the empowerment of self-sufficiency, because that’s what Donald Trump has done for the state of Idaho. I have worked in the communities, I saw people struggling several years ago with the downturn in the economy, and now I see empowerment. Something that I couldn’t do for kids that I taught, Donald Trump did in three years by lifting them up in the community that they’re at.”

“This administration has been improving the daily lives of Idahoans,” Ellsworth said, “and I believe he deserves reelection.”

Both McGeachin and Ellsworth have been named honorary co-chairs of the Trump campaign in Idaho. McGeachin said the two also will be “speaking for so many women across our country who do support our president and his policies.”

The Trump campaign’s filing in Idaho came on the second day of the House Intelligence Committee’s public impeachment hearings on Capitol Hill. Trump has repeatedly denied wrongdoing in his dealings with Ukraine.

McGeachin, who just returned from a trip to Washington, D.C., said, “It was a circus. … There’s no facts.” Added Ellsworth, “I read the transcript, and I don’t see an impeachable offense.”