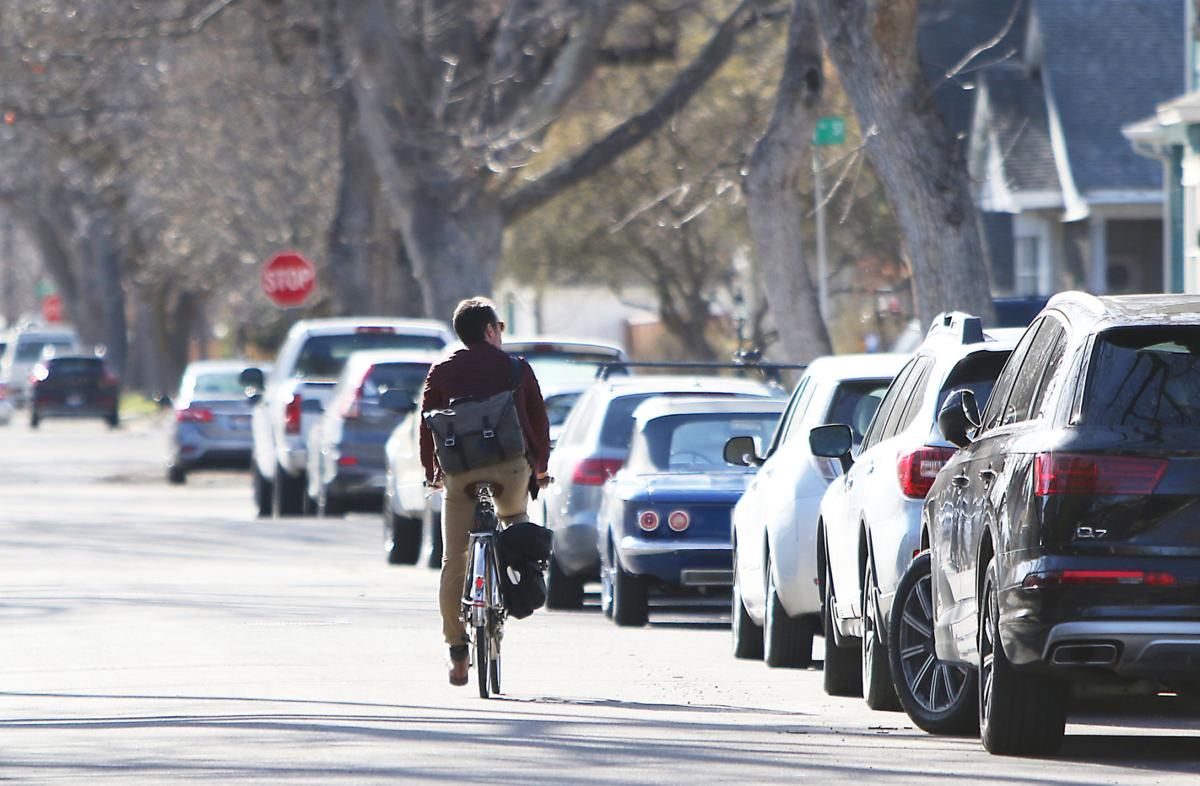 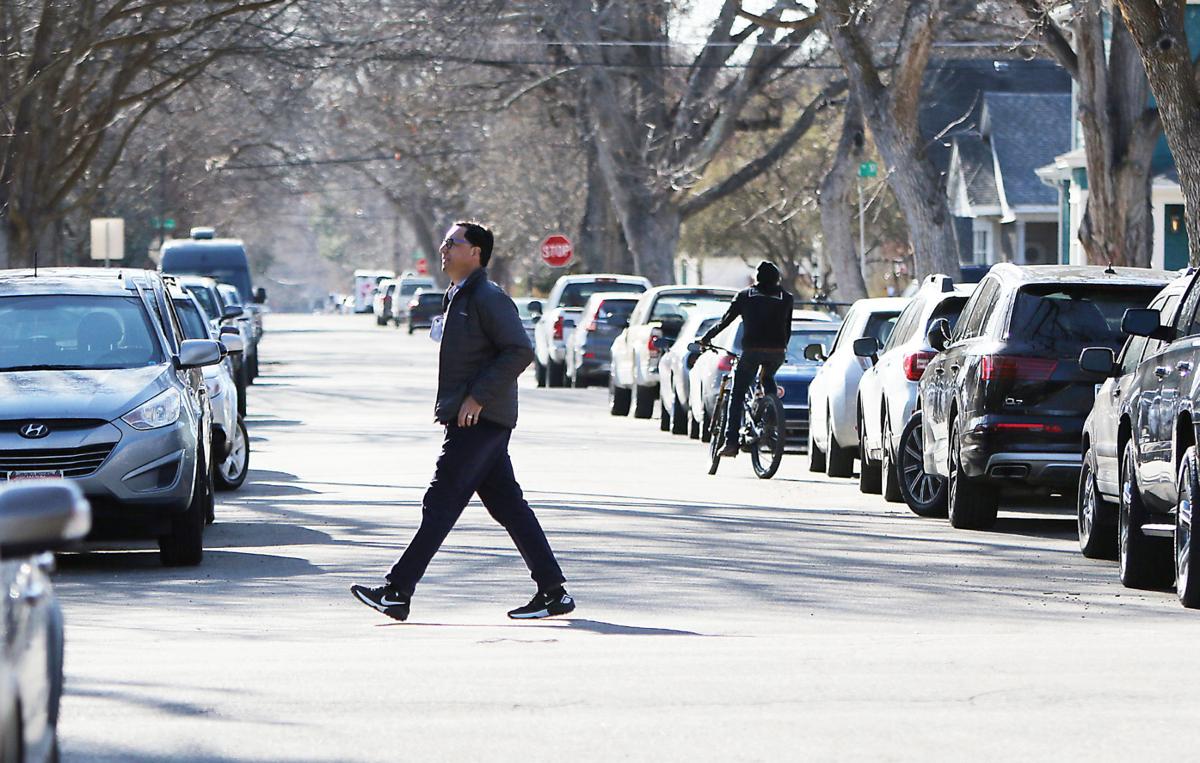 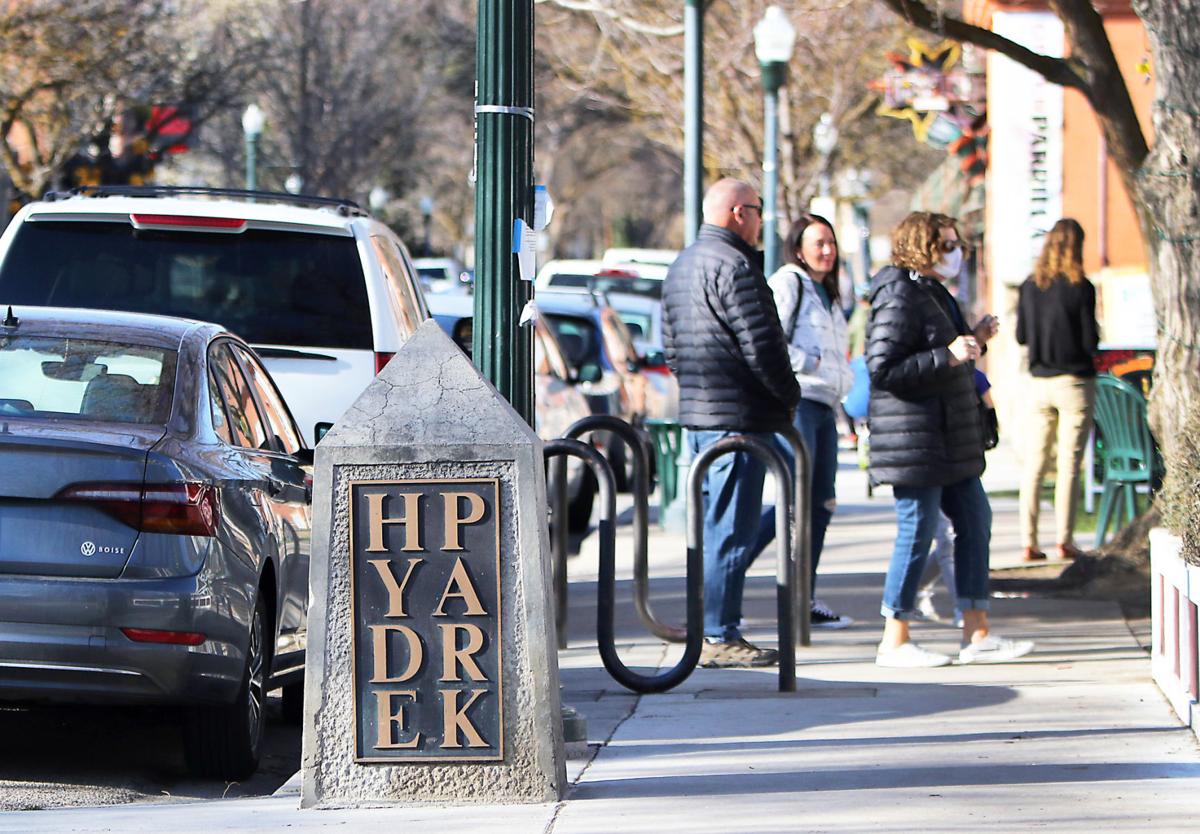 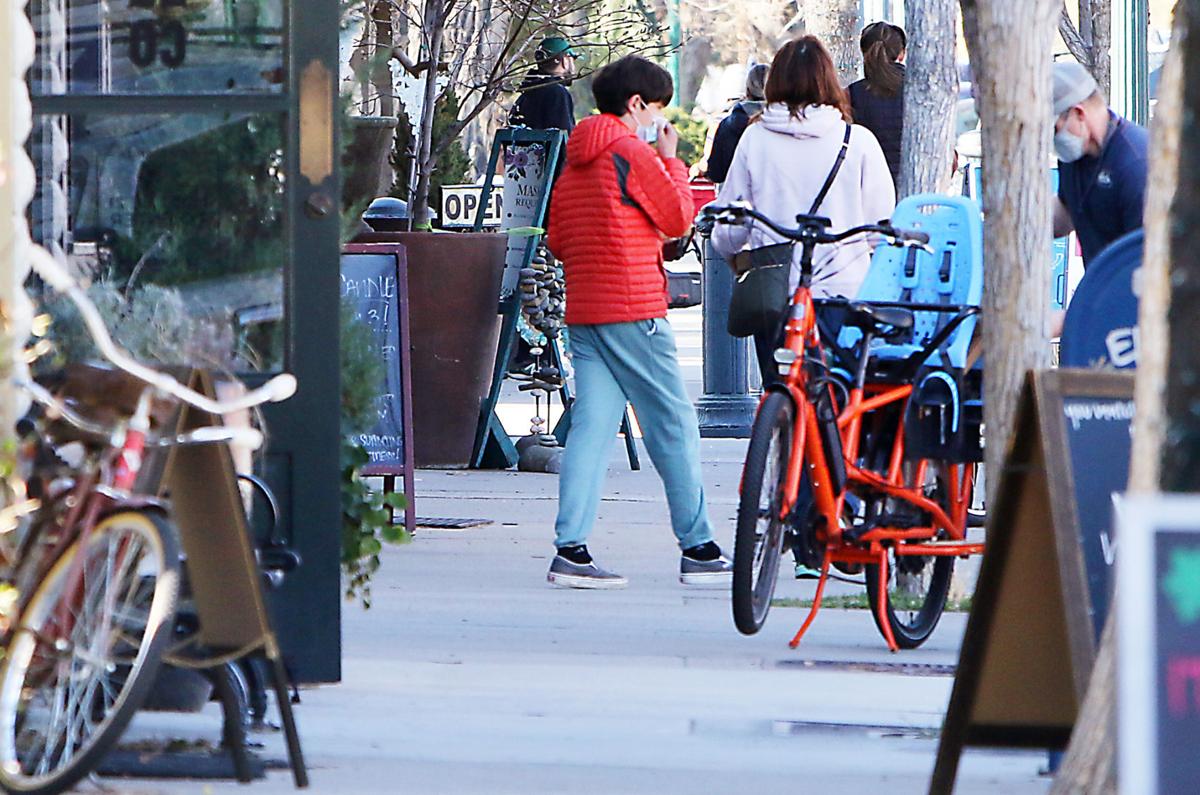 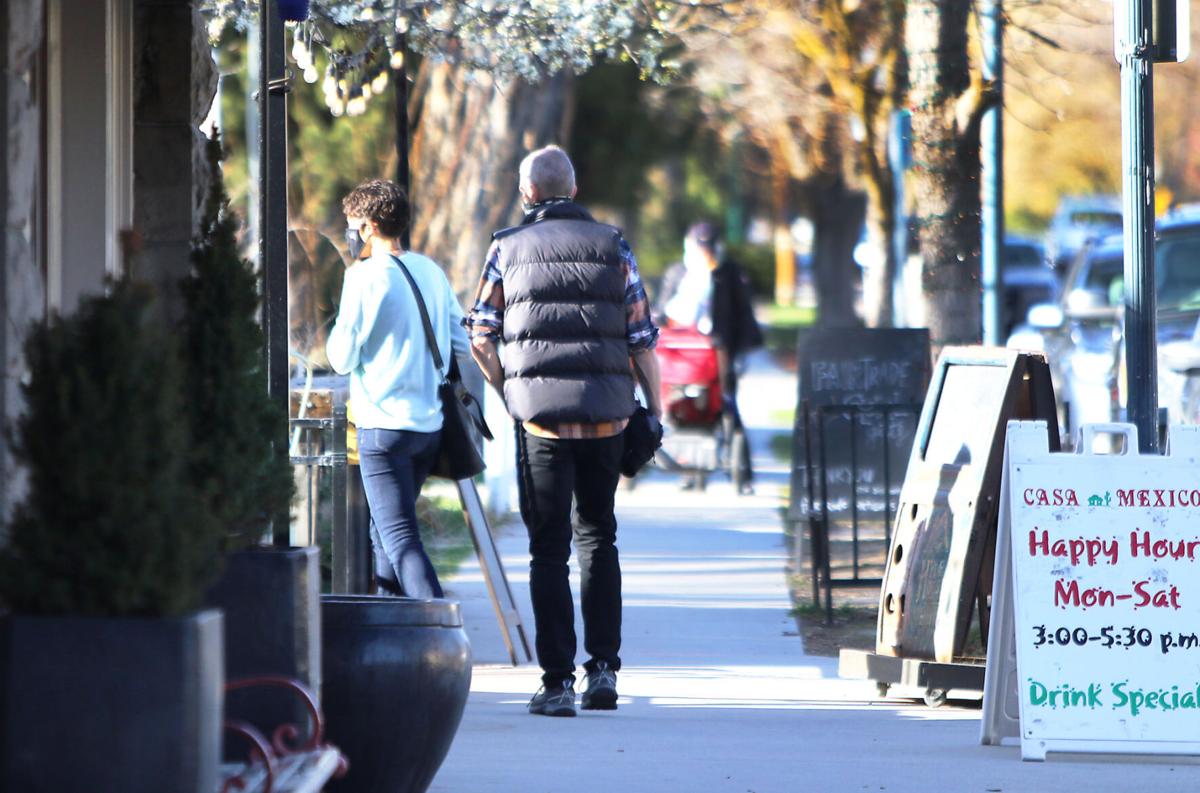 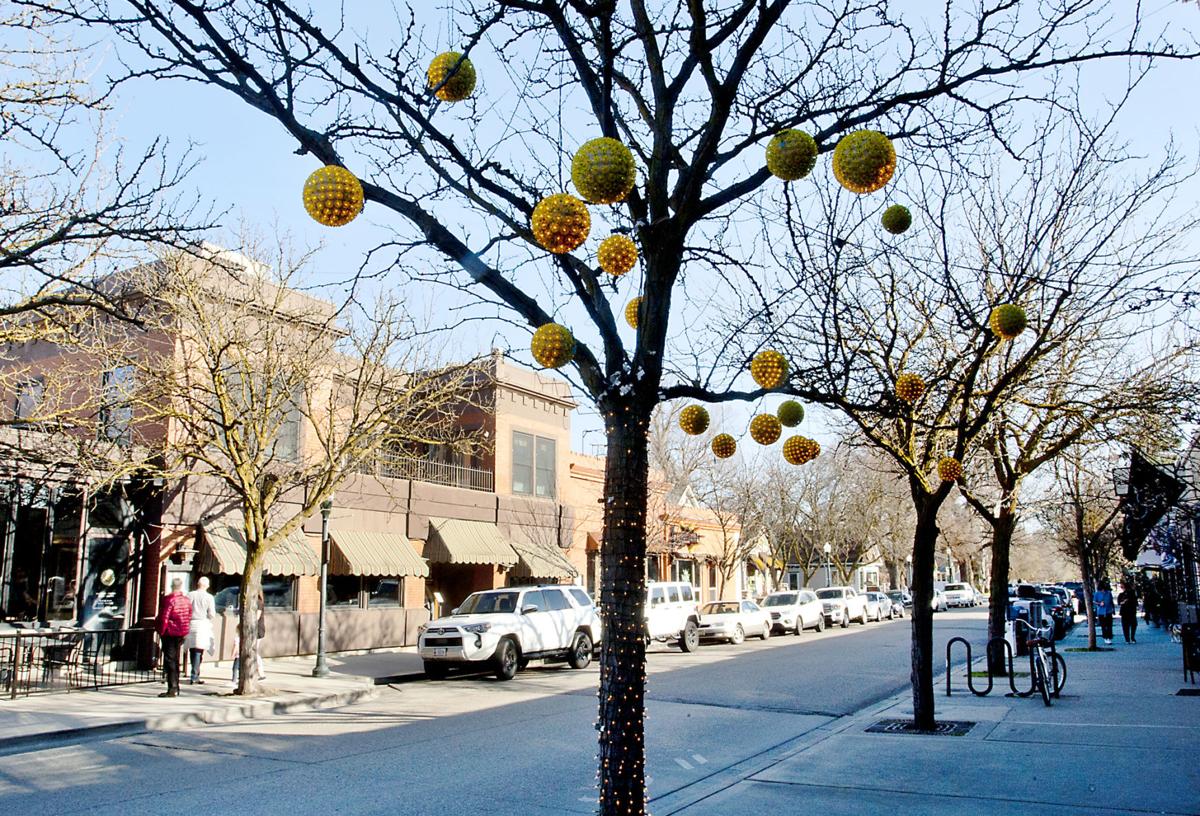 BOISE — Since last fall, North End residents have voted in two elections for their neighborhood association’s board of directors. The legitimacy of both have been called into question.

In October, the North End Neighborhood Association held an election that resulted in a turnover of nearly half its board of directors. The board members at the time did not certify the results until January, when they were sued. Then in March, more than 600 people voted to recall almost all of the new board members elected in October.

Now, the new board is refusing to accept the results of the recall.

In the months between the two elections, each side of this power struggle for a neighborhood association has engaged in an information war. Due to the novel coronavirus pandemic, the battlefield has been almost entirely virtual — online meetings, Facebook posts, emails, texts, Change.org petitions, dueling websites. The conflict, which has split the neighborhood, started on Zoom.

Anne Hausrath, a North End Neighborhood Association (NENA) board member since 2015, who on Tuesday resigned her seat, said the pandemic combined with social media and virtual meetings have “exacerbated, made much worse, the differences and the contention” among neighbors in the North End.

The former Boise City Councilwoman and North End street safety advocate since 1977 has been caught between the old board and the new board while avoiding flag-planting on either side.

“You always think your ideas are best, and that’s a really dangerous attitude,” Hausrath told the Idaho Press in a phone interview Wednesday.

NENA is a nonprofit organization that represents Boise’s North End, a historic neighborhood with more than 10,000 residents. Among other projects, NENA’s board of directors is responsible for planning the Hyde Park Street Fair, an event that drew tens of thousands to the North End, pre-pandemic. NENA also submits opinions on city and county government affairs that impact North End residents.

On Oct. 27, the board held its annual meeting and election via Zoom, a virtual meeting platform. Historically, NENA’s board meetings have been sparsely attended. But, in the months leading up to the October election, which drew more than 100 voters, that changed.

“Before the pandemic (the board was) having trouble getting people to even show up for meetings,” said Laurynda Williams, a North End resident, who helped to organize an online petition last fall to oppose the October election results. “When things are running really well people just trust that things are OK. But when things went to pieces more of us said, ‘We need to be involved.’”

The October election resulted in a power switch on the 11-member board: Five new people were elected and one incumbent was reelected. Four of the six candidates were named in a flyer that circulated in the days leading up to the vote and urged North Enders to remove most of the incumbents while supporting a new slate of candidates — Carlos Coto, Sarah Marang (Coto’s wife, who was not elected), siblings Sarah and Daniel Foregger and Tory Spengler, an incumbent who threw her support behind the insurgent candidates.

Ahead of the October election, several issues caused a schism among North End neighbors. Among the disputes was a proposal to host events at a historic church managed by the Treasure Valley Institute for Children’s Arts (TRICA). The NENA board supported the plans, but some neighbors opposed the idea due to parking concerns.

Another clash involved Franklin House, a North End bed and breakfast that was operating an unpermitted tavern. Additionally, a yearslong debate over what to do with a vacant lot, known as Block 75, owned by Cathedral of the Rockies, resurfaced in the last year.

Coto and Sarah Foregger previously told the Idaho Press they were frustrated by a lack of outreach and transparency by the board on those contentious issues, which prompted their candidacies.

NENA’s annual meeting was a week before federal, state and local government elections. The NENA board election caught neighbors off guard, Hausrath said, but it was fair.

“It was conducted according to the rules set up by the board and fairly executed, given the constraints of COVID and the fact that we had never done any Zoom elections before,” she said.

Many neighbors disagreed. Shortly after the election, an online petition was organized to challenge the results; more than 200 people signed. Williams said part of the reason she opposed the October election was its virtual format. Not every North End resident has access to a computer; therefore, not everyone could participate, she said. Williams said she was unable to access the Zoom meeting herself. She’s also not a fan of the new members, suggesting — as other North Enders have — they lack institutional knowledge of the association, represent a narrow geographic area of the neighborhood and are floundering in their duties.

“It wasn’t right to begin with, and it’s gone even further south,” she said.

Following the petition, the newly elected board members were sidelined as current board members mulled the nonprofit’s bylaws and debated how to proceed. Ultimately, they decided a mediation could resolve the issue.

But the mediation never took place. That’s because on Jan. 6, Coto, the Foreggers and Spengler, along with Tory’s husband, John Spengler, and an attorney, Susan Graham, filed a lawsuit against NENA and individual board members, demanding the newly elected members be allowed to take their seats.

Facing a lawsuit, the now former board members relented, certified the results of the election, and over about a month, most resigned. Hausrath was the sole member of the old board that remained.

All the while, the information war raged on. Insults and accusations blitzed comment sections on a neighborhood Facebook page that often hosts lost dog postings. Editorials were published in local newspapers, while emails from a public relations firm appeared in reporters’ inboxes. A struggle over access to the NENA website ensued, and a new website maligned the new board. Lawyers, rather than board members, responded to neighbors’ requests for information on the new board’s activities.

Little battles occurred during meetings, as well. A Zoom feature allows meeting hosts (in this case, the NENA board) to mute non-host attendees (North End neighbors). Both the old board and the new board have wielded this power, and people on both sides of the debate have complained of its silencing effect.

On Tuesday, during the first board meeting since an unofficial recall election of the new members, attendees — the majority of whom supported the recall effort — were muted for much of the meeting. But attendees still found creative ways to cast their aspersions. Some held signs up to their cameras, with messages like “LET MEMBERS SPEAK!” and “SHE’S LYING!”. Another changed their Zoom icon to a photo of a dumpster on fire. Others replaced their usernames with “Fiscal Responsibility” and “how many lawyers?”

One attendee who was temporarily off-mute, and apparently unaware of that fact, referred to a board member as a “contentious, little turd.”

North End resident Jeff Powell spoke at the end of a bitter, hourslong period of public testimony. Powell, who voted for the newcomers, was dismayed by the conversation.

“I’ve been on a few of these meetings, and they’ve gotten more and more aggressive as they’ve gone on,” Powell said. “I don’t care what you support. I would hope that everybody that gets on here in the following meetings, at least, can support being friendly but still having an opinion. There’s a lot of mean things being said tonight. … It’s disheartening.”

Five months after the October election, the NENA’s board of directors remains locked in a power struggle.

But the board will not recognize the vote. The alliance did not meet the signature requirements to petition the board and request a special meeting for a recall election, Sarah Foregger explained Tuesday.

John Llewellyn, a former board member who resigned following the October election and is now involved in the case for recall, disputes that claim. He argued Foregger misunderstands the number of petition signatures required by The Idaho Nonprofit Corporation Act. And, he said, NENA members can recall their board “without cause.”

“That means there can be no appeal, no argument,” Llewellyn said. “You don’t need the approval of the board to recall it.”

The North End Alliance viewed the recall as a definitive statement against the new board — vote totals ranged from 16 to 22 times the number of votes cast in favor of the candidates in October. Julie Madsen, a resident, suggested it was the biggest political action in the history of the neighborhood.

“We have to assume that it represents the sentiments of the people, who acted legally and according to the bylaws and state laws to remove folks,” Madsen said. “At this point, it doesn’t make a lot of sense to argue whether the divorce decree was signed the day of, or the day before, or whether I dotted the ‘i’ in my name. The reality is the North End wants a divorce. We want to have the neighborhood association that we had before.”

In the coming weeks, the NENA board will attempt to recruit new members to seats left vacant by those who have resigned. After Tuesday’s meeting, there are six vacancies — Chrystal Allen resigned along with Hausrath. Both said they could no longer help the neighborhood in the board’s current state.

Hausrath told the Idaho Press that NENA will recover, but it will require “listening more and talking less” and, maybe, some face-to-face interaction.

“Take your hands off the keyboard, for heaven’s sake, put your mask on and lean across the neighbor’s fence,” she said.

"Take your hands off the keyboard, for heaven's sake, put your mask on and lean across the neighbor's fence," said Anne Hausrath