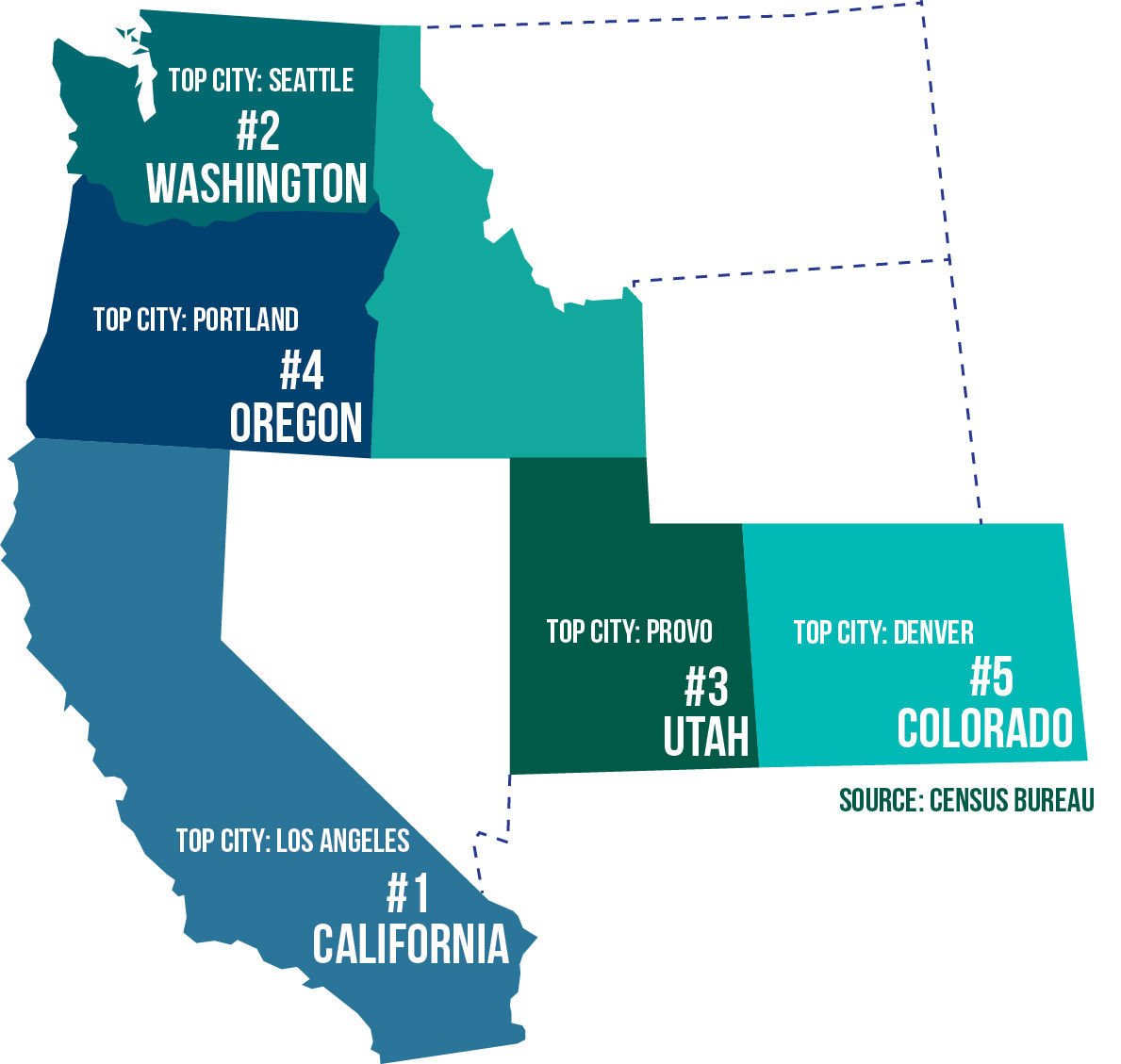 The top states from where people are moving to Ada County, according the Census Bureau. 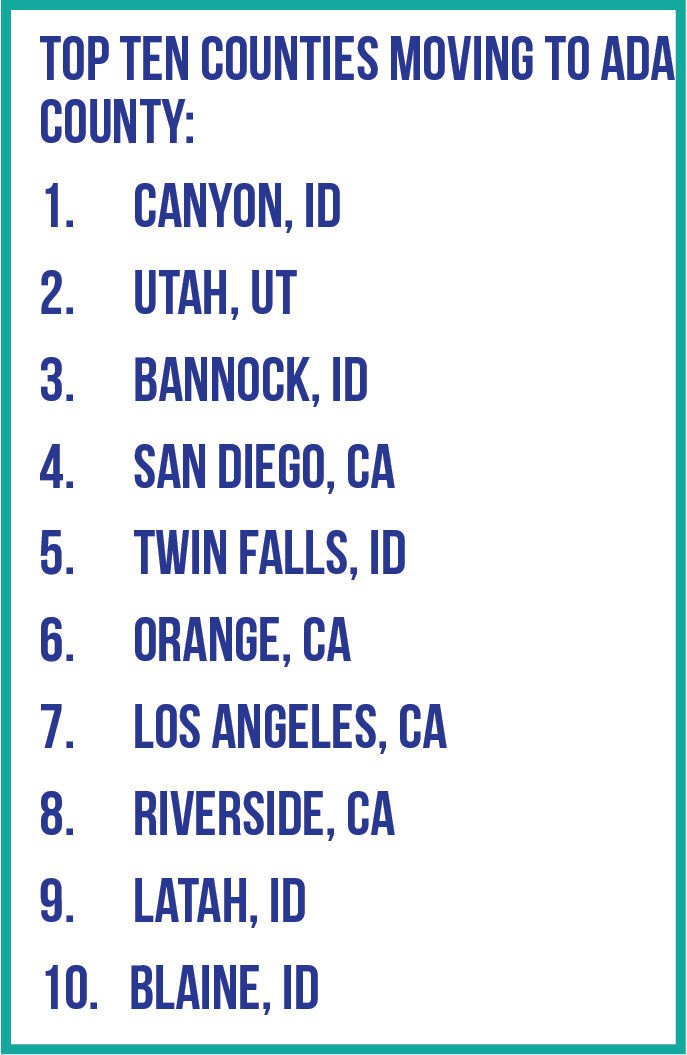 The top counties sending new residents to Ada County, according to the Census Bureau. 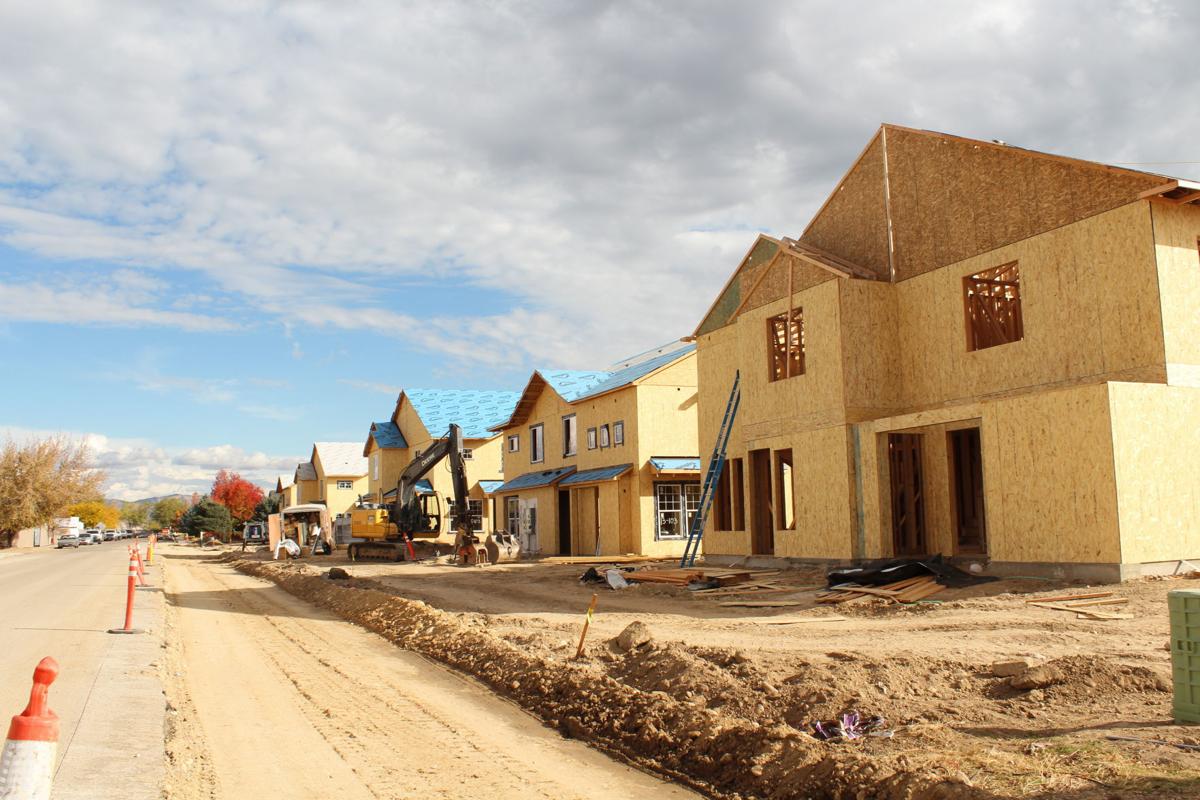 Housing is under construction at the Little Creek Subdivision, on the southeast corner of Locust Grove Road and East Fairview Avenue in Meridian, on Oct. 23, 2018. 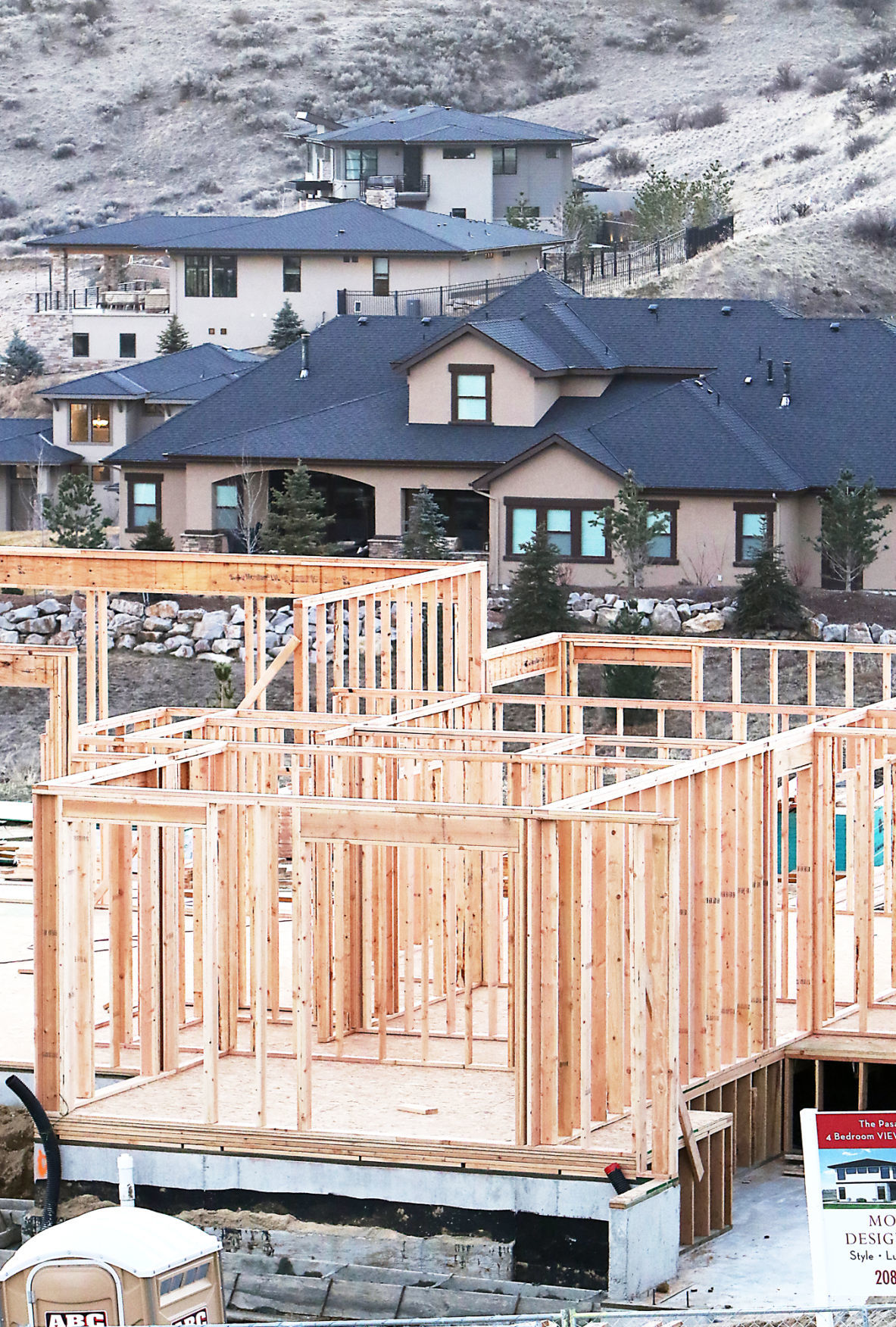 The framing of a home under construction in the foothills neighborhood of Hackberry North off Bogus Basin Road, Thursday, Jan. 31, 2019.

The top states from where people are moving to Ada County, according the Census Bureau.

The top counties sending new residents to Ada County, according to the Census Bureau.

Housing is under construction at the Little Creek Subdivision, on the southeast corner of Locust Grove Road and East Fairview Avenue in Meridian, on Oct. 23, 2018.

The framing of a home under construction in the foothills neighborhood of Hackberry North off Bogus Basin Road, Thursday, Jan. 31, 2019.

BOISE — The word on the street is that Boise is being inundated with Californians. Census data tells a different story.

According to population data, the majority of people moving into Ada County between 2013 and 2017 came not from the Golden State, but from other counties within Idaho, notably Canyon County. During these four years, an estimated 3,820 residents moved from Canyon County alone, which borders Ada County to the west, and 9,260 total came from all over Idaho.

In the same time period, only 5,593 came to Ada from California statewide.

With a booming population and skyrocketing housing prices across the Treasure Valley, an anti-California sentiment is common. A comparatively lower cost of living has lured new residents in large numbers. Stories of Californians purchasing large homes with cash have left some Idahoans feeling priced out and pushed aside in their hometown to make way for residents from the country’s most populous state.

This fear has increased as housing prices continue to rise, hitting a record high of $355,000 in August as the median sale price for new and existing homes, according to Boise Regional Realtors.

Local real estate professionals attribute the rapidly rising prices to the valley’s housing shortage, as well as the increasing amount of pricier new construction homes up for sale. Boise city staff estimate an additional 20,000 housing units in the next 20 years will be needed in order to keep pace with population growth.

Canyon County tops the list of counties from any state sending residents to Ada County.

Aside from movers within Idaho, California remains the most popular state sending newcomers to Idaho. And when looking at metro areas that send the most new residents to the Boise metro area, Los Angeles tops that list, according to Census Bureau data, provided by Compass.

Carl Miller, a demographics planner for Compass, said there is no information available about the specific reasons people are moving to the Treasure Valley. He predicts the influx is influenced by the area’s high quality of life.

“(The Census Bureau doesn’t) ask why people are moving. But as you look across the pattern of cities and states, they are West Coast cities and states where there are higher housing costs, higher commuting and transportation costs, and lower quality of life,” he said. “If you look at the ages of people moving, it’s right when people are in their mid-20s after graduating college and starting families, and also from those early retirement years.”

Earlier this month, political newcomer Wayne Richey declared candidacy for Boise mayor with a platform centered on “declaring war on California.” If elected, he aims to drive down property values and stem the tide of newcomers by eliminating Boise’s services, like parks and recreation and library services.

Former Boise State University football player Tyler Rausa made the news after he posted a photo on Twitter of a card reading “Go back to California we don’t want you here,” which was left on his car earlier this week, Don Day of BoiseDev reported. In response, he received a flood of messages telling him he is welcome in the Treasure Valley, including one from Boise Mayor Dave Bieter.

When asked about the anti-California attitudes in Boise generally, Bieter said people from all over the nation and world are welcome here.

“People from many places call Boise home and all of them contribute to our city’s greatness,” he said in a statement. “Boise has long been known for its welcoming nature. As we grow and prosper we must do everything we can to maintain and enhance that fundamental character.”

BRR President Phil Mount said he finds the California narrative frustrating because few of his clients are from California. He said he keeps hearing fear from current residents that Californians are coming in droves specifically to change Idaho, but that’s not what he hears from people he sells homes to.

“Everybody I have worked with that wants to come to Idaho are wonderful people, the nicest people,” he said. “There’s nothing at all scary about anybody who wants to move here. They are coming here because they appreciate the quality of life we have here.”