Tamarack plans to continue winter operations through its projected closing date of April 5, 2020. However, the resort said it is assessing the situation daily. Check the website for any changes.

A view of unfinished buildings at the Tamarack Resort in fall of 2016.

A view at Tamarack Resort in early 2017. 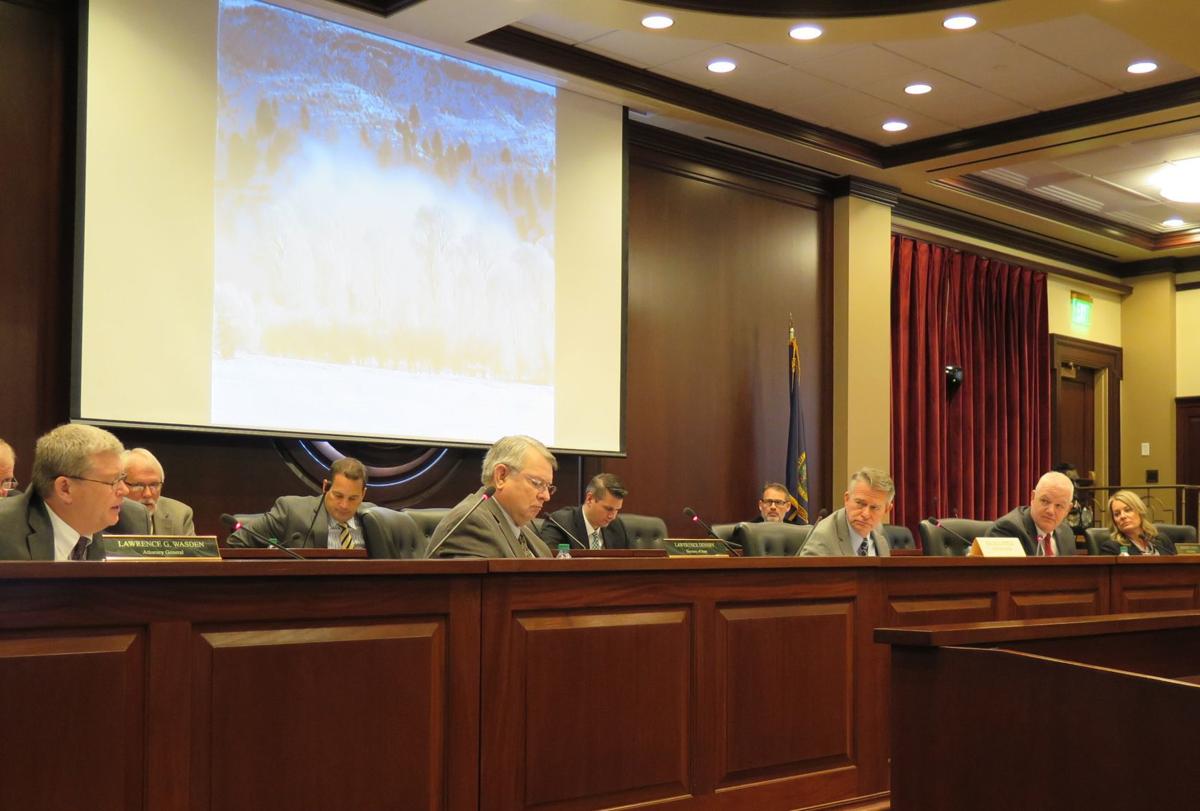 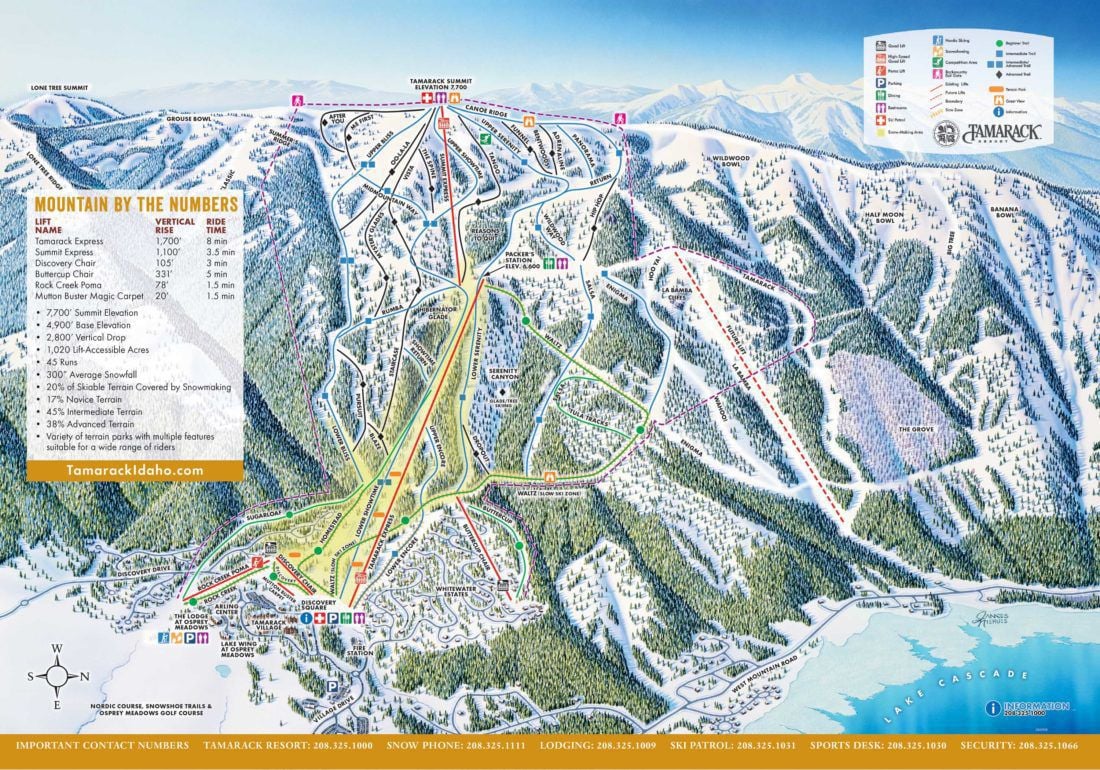 Tamarack plans to continue winter operations through its projected closing date of April 5, 2020. However, the resort said it is assessing the situation daily. Check the website for any changes.

BOISE — Tamarack Resort near Donnelly is being bought by a group that’s run major ski resorts in the U.S. and Canada and is planning to restore the missing Wildwood chairlift, build out the base village and more.

Idaho’s state Land Board voted unanimously Tuesday to approve a transfer of the lease for the state land on which the resort operates from the current leaseholder, Tamarack Municipal Association, a homeowners group that’s been operating the struggling ski resort since 2010. The lease will now be with a new firm, Tamarack Mountain Operations LLC, which is a division of Imperium Blue, a Florida-based investors group that specializes in ski and winter resorts.

Jon Reveal, a longtime ski industry figure who’s a former vice president of operations for Aspen Skiing Co. and in 1968 was named one of the top 10 ski instructors in the U.S. by Ski Magazine, is the president of Tamarack Resort Holdings, also a subsidiary of Imperium, and will run the resort.

“They’re legit,” said Lt. Gov. Brad Little, who presided over Tuesday morning’s Land Board meeting as acting governor, as Gov. Butch Otter is on a trade mission to Taiwan. “This is a big deal. These people have got money … and they know how to run resorts. That’s great.”

Kyle Mowitz, co-founder and managing partner of Imperium Blue, said the sale will close Nov. 30. The price is being kept secret as part of the terms of the deal. Imperium is buying the resort from the homeowners group, and the real estate surrounding it, including the base village and undeveloped land, from various private entities.

“We’re in the cold-weather resort space, so we understand ski resorts,” Mowitz said.

Among the resorts the group has been involved with in operations and commercial real estate are Whistler-Blackcomb and Blue Mountain in Canada; Copper Mountain in Colorado; Mammoth Mountain in California; Stratton Mountain in Vermont; and Snowshoe in West Virginia.

Reveal has worked for Aspen, A-Basin, Keystone and more, and designed, built and operated the Yellowstone Club. Most recently, he’s served as general manager of Sleeping Giant, a nonprofit ski area in Cody, Wyoming. He began his career skiing for Warren Miller, the late, iconic ski filmmaker.

Tamarack, which was envisioned as a major destination resort when it first opened in 2002, focused largely on real estate development, selling slopeside homes at the same time the resort was being developed. But bankruptcies and defaults left the resort partly finished and struggling to operate. Partly finished buildings still stand in the base village and at mid-mountain, and basic resort operations, such as lift ticket sales, have been operating out of temporary yurts. In 2013, the Bank of America, a creditor, sold the Wildwood chairlift and it was removed, leaving blank concrete pads.

Reveal, who said he was the “first guy to run all four ski areas” at Aspen when they were consolidated, said, “I’ve always been sort of looked at as a turnaround guy, so this is going to fit in very nicely to what I’ve done in the past.”

“We think the mistakes that were made in the past had to do with a focus on the wrong objective,” Reveal said, citing advice from one of his mentors, Dave McCoy, the longtime owner of Mammoth Mountain. “They were really focusing on the real estate.”

Instead, Reveal said, the new owners’ focus will be on the mountain, and also on summer operations, “and let that build the traffic and the people that would transfer into the real estate side.”

He added, “We are also going to be doing an awful lot of listening.”

Reveal said his vision for the mountain is to make it a destination “for us, for the people of Idaho.” He said, “We are going to make every attempt to do as much as we can for the people that are coming there.”

He’s been living in a condo at Tamarack since June, preparing for this.

The temporary yurts will be gone, not this year, but by the start of next year’s ski season, Reveal said. He also hopes to have the Wildwood chairlift reinstalled by then.

The terms of the lease approved by the state Tuesday call for the new owners to either complete or remove the mid-mountain lodge by Dec. 31, 2024; reinstall the Wildwood chairlift by the same date or remove all the concrete pads; pay all taxes and assessments and keep them current; and prepay the lease payments for 2019 of $298,719.92 right away. The owners also will deposit three years’ worth of lease payments as security, either in cash, bond, or other form; and provide payment and performance bonds for all work done on state land. Tamarack operates on more than 2,000 acres of state endowment land.

Said Mowitz, “Our job is to take Tamarack and build trust in the name again. People wonder if it’s going to be open.”

Mowitz said, “I’ll be honest, you hear a lot around Tamarack in the industry and not all of that is positive. We decided as a group to come out and look at it. It’s a beautiful space.”

He said the group was especially impressed by the mountain’s location on the shores of Lake Cascade, and the possibilities for both winter and summer resort operations. “We can do a lot there,” he said. “And you have a homeowners’ group that’s been through a lot, and is committed.”