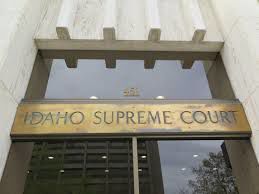 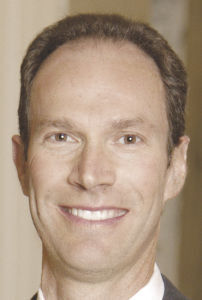 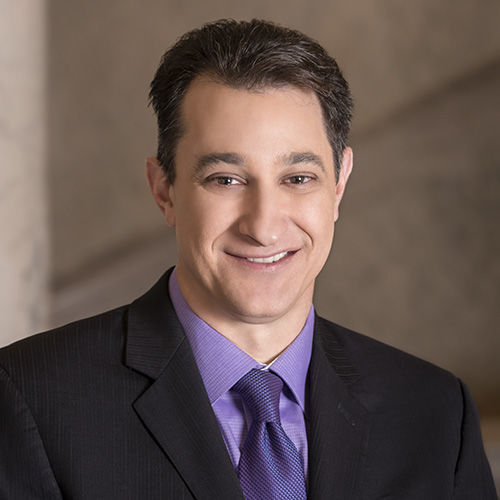 The lawsuit, brought by leaders of the libertarian-leaning think tank and four other plaintiffs, alleged that when Boise passed ordinances to create two urban renewal districts the city violated Article VIII Section 3 of the Idaho Constitution, which prevents cities from taking on debt or liabilities without a supermajority of voter approval.

The Idaho Supreme Court on Tuesday released its opinion on the case, ruling that Boise’s urban renewal districts — created by city ordinances in 2018 and launched in 2019 — do not create liability as the Constitution implies, while rebuking several arguments presented by Idaho Freedom Foundation President Wayne Hoffman and Vice President Fred Birnbaum through their lawyer John Runft of Runft & Steele Law Offices.

Runft argued by creating the districts — Shoreline and Gateway, located near the Boise River on the edge of downtown and the near the airport, respectively — the city committed tax increment financing revenues to the Capital City Development Corporation (CCDC), the city’s urban renewal agency, for 20 years, and, if the city were to stop the flow of those revenues, CCDC “would be entitled to bring a cause of action against the City for breach of contract.” Runft argued this created de facto liability.

The court agreed that some obligation likely would exist in that scenario; however, “even with this assumption, we hold that the challenged ordinances do not violate the Idaho Constitution because (tax increment financing) revenues cannot create the type of ‘liability’ with which” the Idaho Constitution is concerned.

Idaho’s urban renewal law does not entitle CCDC to tax increment financing revenues, the court wrote, unless the combined property values for the year are assessed within the renewal districts, the levy rate for the year is applied to this value, and the revenue collected by the levy exceeds the revenue which would have been collected by a levy on the base assessment value.

Tax increment financing is a tool for governments to leverage property tax dollars and future property value, to pay for economic growth, typically in a blighted area. In that area — called an urban renewal district, which is managed by an agency independent from government, such as CCDC — taxes collected from increased property values are directed to the urban renewal agency for infrastructure improvements within that district, instead of to the city and other taxing districts.

Hoffman and Birnbaum filed the suit against Boise in January 2019. An Ada County district court judge dismissed the case in July 2019, citing a 2009 case that ruled in favor of an urban renewal plan in Rexburg. Hoffman and Birnbaum appealed to the Idaho Supreme Court in November 2019.

First, if “future tax proceeds are capped at a certain level” due to tax increment financing, the city “will likely be faced with the need to raise taxes to cover the effects of inflation and other costs that will inevitably arise.”

Second, the aggregate amount of tax increment financing revenues allocated to CCDC under the Shoreline and Gateway plans exceeded the city’s annual budget in 2018, the year the ordinances were adopted.

“Neither of these arguments is persuasive,” the court replied.

The plaintiffs offered “no support for their assertion” that tax increment financing will “inevitably” impact the city’s budget and lead to higher taxes, the justices wrote. While it’s possible forgoing revenues could lead to increased taxes, “that is far from a certainty.”

“In any event, simply because a decision may affect the City’s budget in the future does not mean it is a liability that must be submitted to voters for approval under the Idaho Constitution,” they wrote. “To adopt such an interpretation of article VIII, section 3 would radically expand the scope of the section to apply to nearly any action by a government subdivision. Taken to its extreme, even a decision not to increase taxes in a given year would create a ‘liability’ under Plaintiffs’ argument because that could require higher taxes to meet needs in later years.”

Regarding the aggregate argument, the court responded, “This argument is based on a misunderstanding of the relevant facts and law.” The city has not obligated itself to pay $66.5 million and $96.5 million, the estimated infrastructure improvements for the Shoreline and Gateway districts, but rather the sums are “desired project costs,” or “the amount that CCDC anticipates will be invested if funding is available to complete all facets of the Shoreline and Gateway plans as projected.”

Hoffman, the primary plaintiff in the suit, did not respond to an email requesting comment on the ruling. Boise spokesman Seth Ogilvie said the city would not comment on the lawsuit.