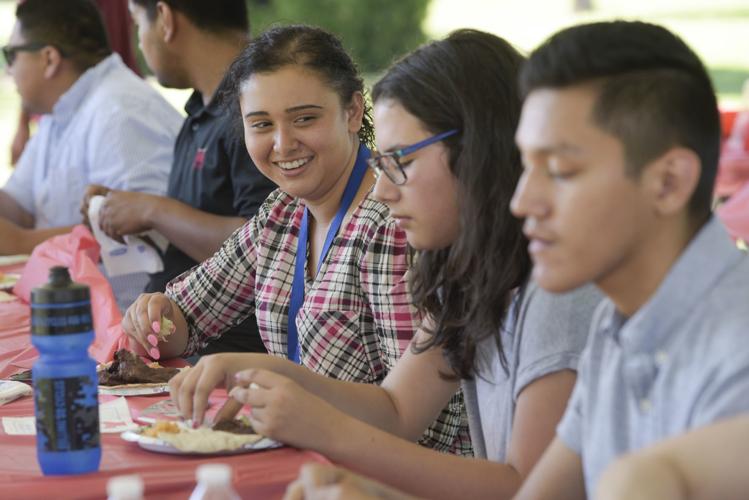 Andrea Varela shares a laugh during conversation at the Carne Asada en el Parque hosted by CWI for Latino college students to connect with each other held June 20, 2018, at Lakeview Park. 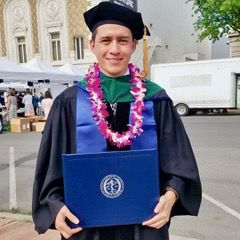 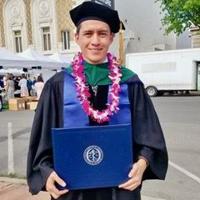 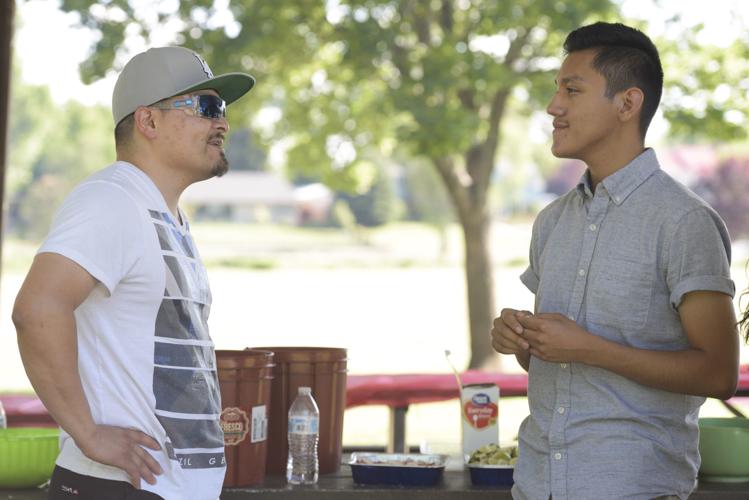 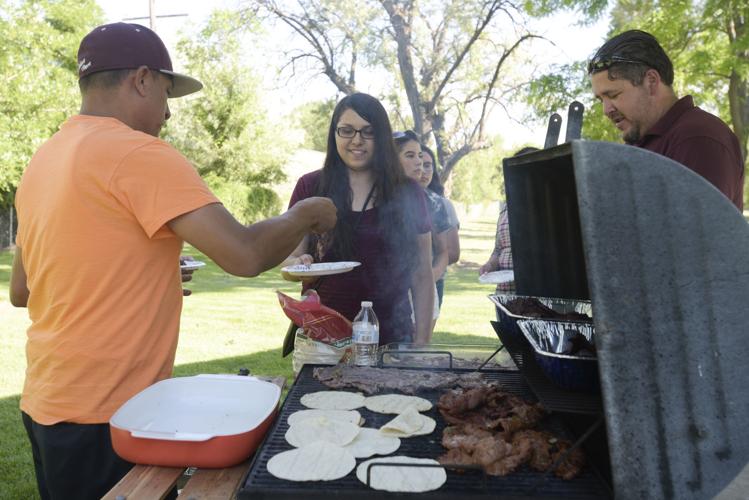 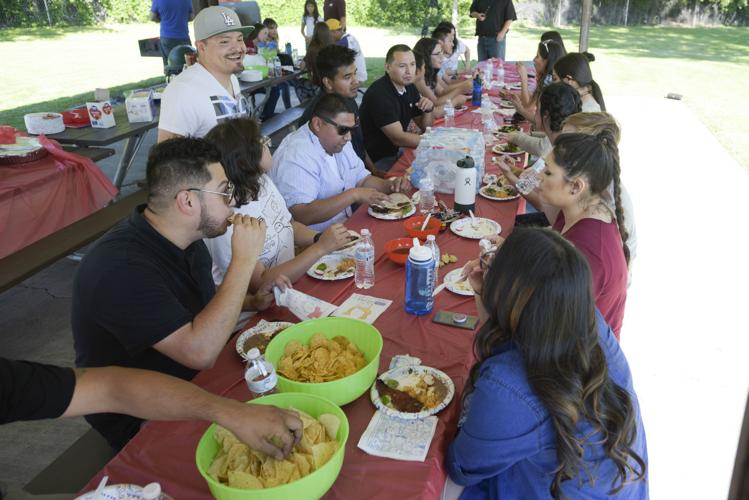 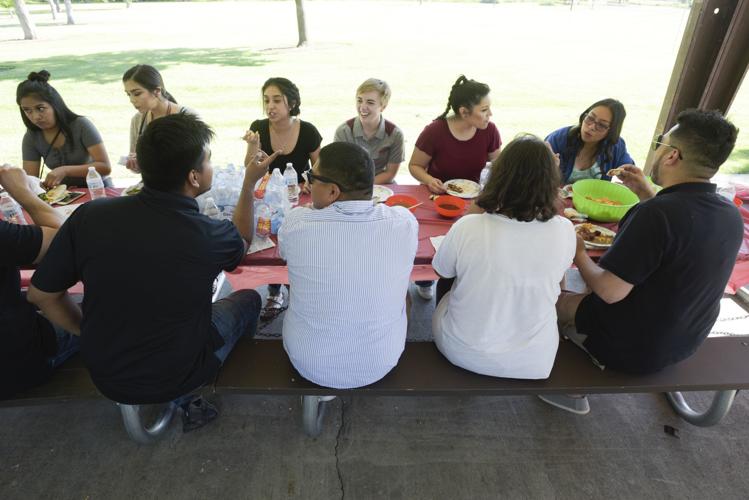 Andrea Varela shares a laugh during conversation at the Carne Asada en el Parque hosted by CWI for Latino college students to connect with each other held June 20, 2018, at Lakeview Park.

When Hugo Araujo was a senior at Rimrock Junior-Senior High School in Bruneau, he realized he had two choices: He could work in the fields like the rest of his family or he could apply to college and pursue his dream of becoming a doctor.

“I wanted something better for myself and my parents — to help my parents and community,” Araujo said.

It was a daunting dream for Araujo, whose family immigrated from Mexico to the U.S. when he was 12. He wasn’t sure how he would pay for college, when one year’s tuition cost almost as much as what his family made in a year. It wasn’t until he attended that year’s Idaho Hispanic Youth Symposium that he learned how many other scholarships and college opportunities were available.

Araujo was eventually accepted to University of Idaho and received a four-year College Assistance Migrant Program (CAMP) scholarship, a federal program that provides scholarships to students with permanent legal residency or citizenship from migrant or farmworker backgrounds.

The scholarship changed everything for Araujo, a first-generation students who otherwise would have struggled to pay for all four years. He graduated from UI in 2012 with a double major in chemistry and Spanish and went on to medical school at Pacific Northwest University of Health Sciences in Yakima, Washington.

Araujo is completing his general surgery residency at Mountain Vista Medical Center in Mesa, Arizona, and plans to return to practice medicine in Idaho. He paved the way for the rest of his family, too. His younger brother recently graduated from UI and is also pursing a career in the medical field.

But a national study says Araujo’s success story is a rare feat for Hispanic or Latino students in Idaho. Idaho ranks last nationwide in the percentage of Latino adults with college degrees, according to a recent report by The Education Trust.

Only 12.7 percent of Idaho’s Latino adults between the ages of 25 and 64 have an associate, bachelor’s or graduate degree, according to the report, which is based on U.S. Census data and community surveys from 2014-2016.

Idaho is the only state in the bottom 10 with a Latino adult population greater than 10 percent. Six states with an average estimated population of Latino adults below 15,000 in 2014-2016 — Maine, Montana, North Dakota, South Dakota, West Virginia and Vermont — were excluded from the analysis.

The Education Trust report also gave Idaho a “D-” grade for little improvement to these numbers since 2000.

J. Oliver Schak of Washington, D.C., one of the authors of the study, said they chose to focus on degree attainment because a college degree is the “surest way” to get into the middle class.

“The outcomes are generally low across the board, but there are still gaps between white and Latino students in Idaho,” Schak said.

Idaho already ranks below the national average for overall college graduation rates, but the report also points out the persistent gap between the percentage of white adults and Latino adults in Idaho with college degrees.

In Idaho, Latino degree attainment is 27 percentage points below that of white adults with degrees, compared to a 24.5 percentage gap nationally.

“We would find it unfortunate if leadership in Idaho is not focused on Latino attainment,” Schak said.

Data provided by the Idaho State Board of Education shows a similar — though, slightly smaller — gap in 2016 college graduation rates for Hispanic students compared to overall Idaho graduation rates.

The Idaho State Board of Education said it is committed to improving graduation rates for “all Idahoans.”

“Staff is working with community leaders and others to better communicate with students and parents about the advantages of obtaining a higher education certificate or degree,” spokesman Mike Keckler wrote in an email statement to the Idaho Press, “and progress is being made to ensure that all students have access to programs intended to help students go-on from high school.”

Juan Saldaña of the Idaho Commission on Hispanic Affairs said this troubling gap is one of the reasons the commission remains committed to promoting college opportunities for Latino high school students. The commission hosts an annual Hispanic Youth Leadership Summit, where students can take STEM workshops and compete for scholarships from local colleges.

“One of the reasons that we do our youth summits at colleges is because we want them to see themselves on a college campus,” Saldaña said.

About 780 students attended last year’s conference at Boise State University and more than 80 high school seniors won $400,000 in scholarships. The commission will be adding a second summit this September in Twin Falls.

“Even though it’s 2018, we still have a lot of people who say, ‘Oh, they aren’t going to college,’ and we don’t need to encourage that mentality,” Saldaña said.

But Saldaña said in his experience, getting into college isn’t the real problem for Idaho’s Hispanic and Latino students. The commission sees many students drop out of local colleges around their sophomore or junior year, he said, though the commission hasn’t been able to obtain state data to verify these reports.

Cesar Perez, the associate dean of extended studies at the College of Southern Idaho, is working with the Hispanic commission to bring the Hispanic Youth Leadership Summit to the Magic Valley college this year. Based in Twin Falls with satellite campuses in other rural areas of the Magic Valley, 22.9 percent of CSI’s students as of spring 2018 were Hispanic or Latino. If enrollment trends continue, CSI could become the first designated Hispanic-serving institution in Idaho, opening the college up to additional federal funding.

Perez said many of CSI’s Hispanic students are enrolling in health sciences, social sciences and business programs, but the September conference will also allow participating high school students to explore a wide variety of trade programs.

“Some of the schools that are registered are very rural, and many of those lack the resources to provide that go-on mentality,” Perez said. “That’s the exciting thing to me: seeing schools that now have an opportunity to come (to the conference) locally.”

Results from investing in Latino students

Other programs at Idaho colleges are trying to increase retention and graduation rates of the Hispanic and Latino students they currently serve by creating a unique community with increased levels of mentorship.

In all, 18 percent of credit and non-credit students at College of Western Idaho in 2017 were Hispanic. Luis Caloca, CWI’s admission director, said their Latinx Student Services coordinators offer “office hours” at Canyon County high schools with large Hispanic populations to connect students to resources before they even get to college. In 2015, Canyon County and Ada County had the largest Hispanic populations in the state — 51,369 and 34,729 residents respectively.

“The greatest thing is just not being familiar with the college-going culture — what it means to study, retain knowledge, or just withdrawing from a college class,” Caloca said. “If you don’t know what to do, the easiest thing is giving up altogether.”

“If we don’t honor these differences, these students will continue to feel isolated and they are not going to stick around,” Caloca said.

Migrant students represent only a portion of Idaho’s Latino and Hispanic students, although they traditionally face some of the greatest obstacles to higher education. Michelle Kelley, the director of Boise State’s CAMP program, said the success of programs aimed specifically at college students from migrant backgrounds was important to highlight.

“What it demonstrates in my mind is that with thoughtful support, our Latino students can achieve that college dream,” Kelley said. “It’s possible and doable, but it’s a matter of getting them ready and through the doors.”

Sanchez and his family moved to Idaho from California to work in the fields in Canyon County when he was in high school. He’s excited to begin studying virtual technology, design and film editing in the fall, but as the first member of his family to go to college, he’s a little apprehensive.

“Honestly at some point, I’m thinking if I’m actually going to make it, do I really want to do this?” Sanchez said. “Am I really going to be able to do it?”

Araujo said this was why programs like CAMP are essential for helping students like himself and Sanchez graduate on time.

“The CAMP program helps you with advising, mentoring,” Araujo said. “They build a family with the CAMP program. You are in touch with your peers and mentors all the time.”

That kind of support makes all the difference, Araujo said, for Latino students who are the first in their family to make the transition from high school to college. His own parents and family were always supportive of his dreams, but he didn’t really have anyone in his community he could use as an example.

“If you don’t even imagine it, you aren’t going to work for it,” Araujo said. “Obviously, it’s not easy, especially when you come to a country that’s not your language, culture or people. You have to make it your own and fight through those obstacles.”

Apply for the CAMP scholarship

Boise State is still accepting applications for their College Assistance Migrant Program scholarship. To apply or learn if you qualify, go to  https://education.boisestate.edu/camp/apply