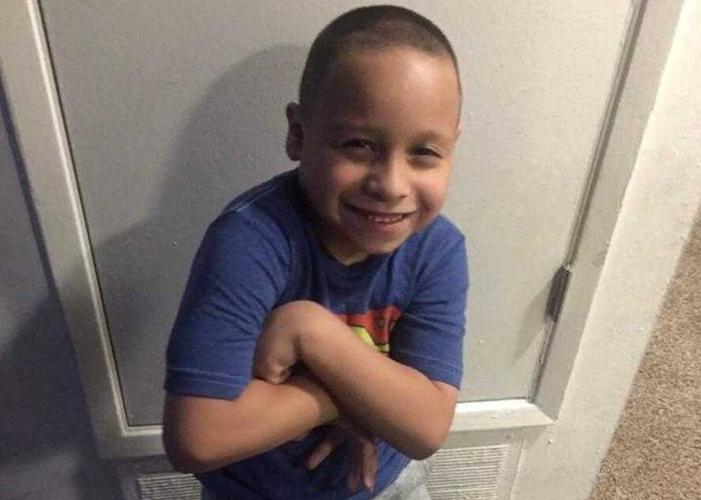 Emrik Osuna, 9, died on Sept. 2, 2020, after enduring horrific abuse by his parents. His father, Erik, was sentenced to life in prison Thursday. 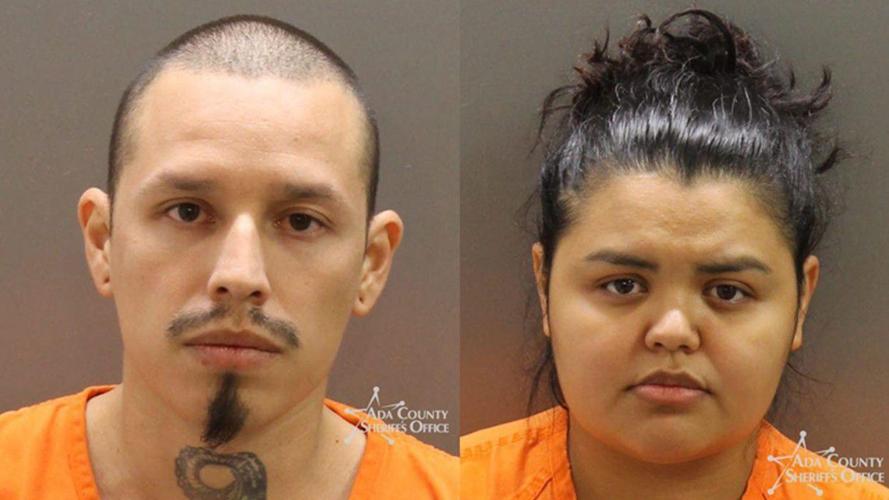 When Meridian Police Detective Eric Stoffle took the stand on Thursday, he told the courtroom the most significant impact the abuse and murder of 9-year-old Emrik Osuna had on him was that the boy began talking to God in the middle of his torture.

Monique Osuna, 29, was sentenced to life in prison without parole for the murder of her stepson, who faced months of emotional, verbal and physical abuse at the hands of his stepmother until he died at St. Luke’s Children’s Hospital on Sept. 2, 2020.

“A small child was sent to Idaho to be cared for by the defendants. Instead he was sent to a living hell,” Ada County Prosecutor John Dinger told the judge in his closing statement.

Monique Osuna and her husband, Erik Osuna, Emrik Osuna’s biological father, both pleaded guilty to the boy’s murder as part of an agreement that took the death penalty off the table.

He weighed 41 pounds at the time of his death, testified St. Luke’s pediatrician Dr. Matthew Cox, and starvation was present.

“He was wasted, skin and bones in appearance,” Cox said.

Home videos shown in the courtroom on Thursday from nanny cameras throughout Erik and Monique Osuna's home depicted the couple relentlessly abusing Emrik Osuna in the week before his murder, around late August 2020.

Throughout the footage, Emrik Osuna becomes visibly thinner, his ribs and spine protruding out of the grainy black and white video.

In the videos, Monique Osuna can be heard yelling profanity at the boy while he does hours upon hours of exercises.

Stoffle testified that one morning Emrik was forced to exercise, around 3 or 4 a.m., he suddenly stopped what he was doing and began to speak to God — and asked why the abuse was happening to him.

“He starts crying. That was one of the most significant instances that affected me,” Stoffle said. “As he's talking to God you can see Monique in the background and sneak up to where she's hiding behind the counter, listening to him. That affected me the most.”

The stepmother is seen in the footage spanking Emrik with a frying pan, where he reacts by crying and pleading for her to stop. She also withholds food from the boy, taunting him as he exercises by letting his siblings eat in front of him while she screams in his face.

“You are on my (expletive) list for the rest of your life,” Monique Osuna said in the video.

She is also seen telling him to eat something off the floor, and teasing him by asking if he is hungry.

“You better (expletive) in your hand and eat it,” Monique Osuna told the 9-year-old.

Emrik is transcribed on video telling his mother, “But mom, I don’t want to starve to death.”

In the courtroom as the video played, Monique Osuna wiped tears from her eyes. The gallery could hear her quiet sobs.

Melanie Yamada-Anderson, an Ada County investigator, said that throughout the nanny camera videos she reviewed, Emrik Osuna was seen exercising for up to 20 hours. The animals were treated better than he was, she said.

“He ate out of the garbage can or dog food,” Yamada-Anderson said, but when he was caught, he was beaten and punished.

He always slept on the floor without pillows or blankets, Yamada-Anderson said, or in the hall closet, where he was often woken up in the early hours of the morning by his stepmother beating him again.

In another video shown by the prosecution, the boy was told by Monique Osuna to scrub the floors with a toothbrush and hot water.

When his stepmother filled the pot with water, she could be heard saying, “Hot water to burn the skin off Emrik.”

Prosecutors brought up how they believe the Osunas gave Emrik dirty water out of a cleaning bowl to drink, which detectives agreed occurred due to more hours of video footage.

Erik Osuna was rarely seen in the videos, but when Emrik Osuna was being berated by his stepmother, the father often sat on his phone, watched TV, encouraged the abuse, or participated in it.

Sacil Lucero, Emrik Osuna’s biological mother, gave the prosecutors her remarks for a victim impact statement. She said she will never recover from the loss of her son, that he was loved by her and her family, and the defendants did not care about his well-being.

Julia Yackel, a mitigation specialist, obtained records of Monique Osuna’s life history as part of her work for bio-psycho-social analysis on the woman.

Yackel said that Monique Osuna was removed from her home in California at age 2 along with her brother and placed in an emergency home, Orangewood, for abused children.

She also testified that there were many abuse allegations in the home around the time that Monique Osuna was placed there, and placing her there at such a young age would have created significant lifelong harm.

Yackel said her investigation found several referrals indicated sexual and physical abuse throughout Monique Osuna’s life, as well as witnessing domestic violence incidents between her parents. Monique Osuna was left untreated as a child for witnessing the abuse, Yackel said, and that she ended up failing school.

When Monique Osuna was 17, she became pregnant, Yackel said. She wanted to break the cycle of her family, so she graduated and attended college.

Monique Osuna worked with Blue Cross, had no criminal history and a long work history.

“Her family viewed her as a success story,” Yackel said.

Monique Osuna met Erik Osuna and the two moved to Boise, where they were homeless and residing at Interfaith Sanctuary with their blended families. They eventually got married and had another child, endured part of the pandemic, and then were sent to jail for their son’s murder.

“This is the most serious crime a person can commit,” Dinger said. “Imprisonment will provide an appropriate punishment.”

Dinger said that Monique Osuna should be locked up, and should never be around a child again.

“I don’t know how you can rehabilitate this,” he said. “She just simply deserves punishment.”

Monique Osuna stood before the court to give a statement, where she said she was sorry, and cannot undo any of her actions.

“He didn't deserve any of that. He deserves so much more, and I hope for the rest of my life I'll be sorry for my wrongful actions,” Monique Osuna said.

When presiding Judge Steven Hippler handed down his sentence, he said that he hopes those in the courtroom go home and hug a child, and show them they love them. Hippler said in the end, Emrik’s body was wasted away.

“Emrik was completely abandoned and he turned to God. He tried to speak to God. Why? Why?” asked Hippler. “She co-opted God. His last refuge.”

Erik Osuna’s sentencing for his son's murder will begin at 9 a.m on Friday.

Erik Osuna, a Meridian father who pleaded guilty to murdering and abusing his 9-year-old son, will spend his life in prison after being sentenced by Ada County District Judge Steven Hippler on Thursday.