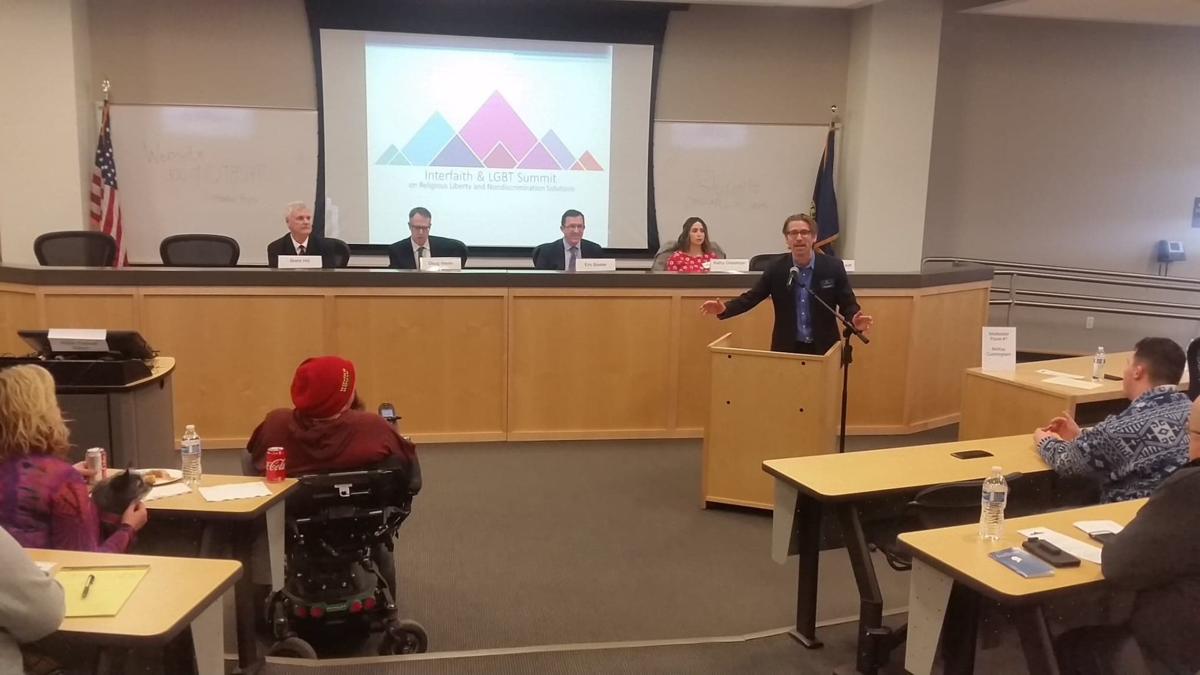 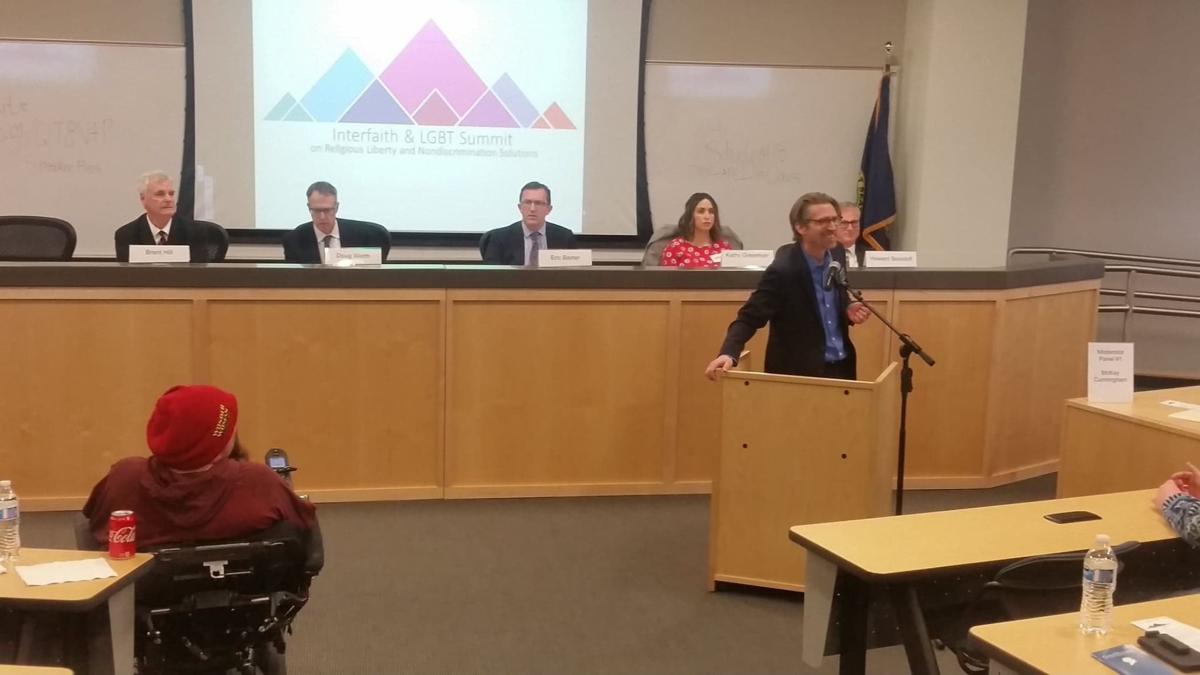 Protesters in favor of adding anti-discrimination protections for gay and transgender people to Idaho law hold signs recently in the state Capitol rotunda.

Protesters in favor of adding anti-discrimination protections for gay and transgender people to Idaho law hold signs recently in the state Capitol rotunda.

“We hoped to have some legislation this year,” Hill said during Friday’s Interfaith and LGBT Summit at the Concordia University School of Law. But when the group of lawmakers working on a bill reached out to outside groups, Hill said he realized most people were not ready for such legislation yet, including the Legislature.

Currently, 13 Idaho cities have an ordinance protecting sexual orientation and gender identity. Kathy Griesmyer, policy director for the American Civil Liberties Union of Idaho, said ACLU has been working for years on Add the Words legislation in Idaho to try and make protections for the LGBT community consistent throughout the state.

She said if someone works in Boise and lives in Nampa, they should receive the same protections in either city. But Boise has an ordinance protecting people from discrimination on the basis of sexual orientation and gender identity, while Nampa does not. Robin Fretwell Wilson with the University of Illinois College of Law said more than 31,000 Idahoans are not protected on the basis of sexual orientation or gender identity.

Other panelists argued that less is more when it comes to government regulations. Eric Baxter, with the Becket Fund for Religious Liberty, said imposing too many restrictions could conflict with fundamental rights. To have a truly free society, he said, you need to allow people to have beliefs that are different from your own.

“Some discrimination is inherent in a free society,” Baxter said.

Baxter said it is important to recognize that there is harm on both sides of the debate. But Howard Belodoff, associate director for Idaho Legal Aid, said if someone’s belief discriminates against or harms someone else, he does not believe they can be protected for that.

Both Belodoff and Griesmyer brought up several examples where the LGBT community has been discriminated against and deprived of access to housing, health care and other necessities, ranging from early in U.S. history up to today.

“(Discrimination is) not a feeling, it’s a reality,” Griesmyer said.

Fretwell Wilson said Idaho has developed a sense of urgency around an Add the Words bill since 2015, when hundreds of residents showed up to testify or protest for and against the bill. Rep. John McCrostie, D-Garden City — the only openly gay member serving in the Idaho Legislature — was in a committee hearing testimony on the bill in 2014. He said it is frustrating for him to see the legislation put off for another year, but he also recognized that passing a law will not necessarily solve the problem of discrimination in Idaho.

McCrostie expressed support for negotiating a compromise on the state level between the LGBT protections and religious rights, although he said he wasn’t sure what that would look like.

Chelsea Gaona-Lincoln, chairwoman of Add the Words Idaho, did not support a compromise, saying she doesn’t believe there can be a compromise for issues regarding equality.

“When we look back on this someday, it’s going to be a shadowy piece of shame in Idaho’s history that the thing we chose to judge on was love,” Gaona-Lincoln said.

Gaona-Lincoln said working with Idaho lawmakers on Add the Words legislation reminded her of when she came out to her parents. Her parents responded with, “That’s not how we raised you,” and she realized they were grieving their idea of who she was, without realizing that she was still the same person. Gaona-Lincoln said many legislators are in the process of grieving their idea of how their world should look and realizing how it actually is.

Meridian Councilman Luke Cavener was a part of Meridian City Council when it passed its Add the Words ordinance in 2018. A religious man, Cavener said LGBT rights unintentionally became an important issue to him because of his passion toward family rights. He’d hoped Meridian would have passed its ordinance earlier than it did.

“It took a lot longer than I thought, despite having people who supported it,” Cavener said.

While some residents may be frustrated by the lack of action on the state level, Cavener said they should be encouraged by the movement he’s seeing on the local level. However, other panelists argued there are downfalls to having Add the Words ordinances passed through Idaho cities. Sen. Grant Burgoyne, D-Boise, said it lacks uniformity. He brought up Idaho Falls, which has an anti-discrimination ordinance, but it includes conditions other cities don’t have. Gaona-Lincoln said passing such ordinances on a local level can be dangerous for the LGBT community working to support it, especially for those who are not out.

Boise Mayor Dave Bieter said he thinks the state Legislature should add the words, but he’s not sure when it will happen.

“You can never tell when things might tip,” he said.