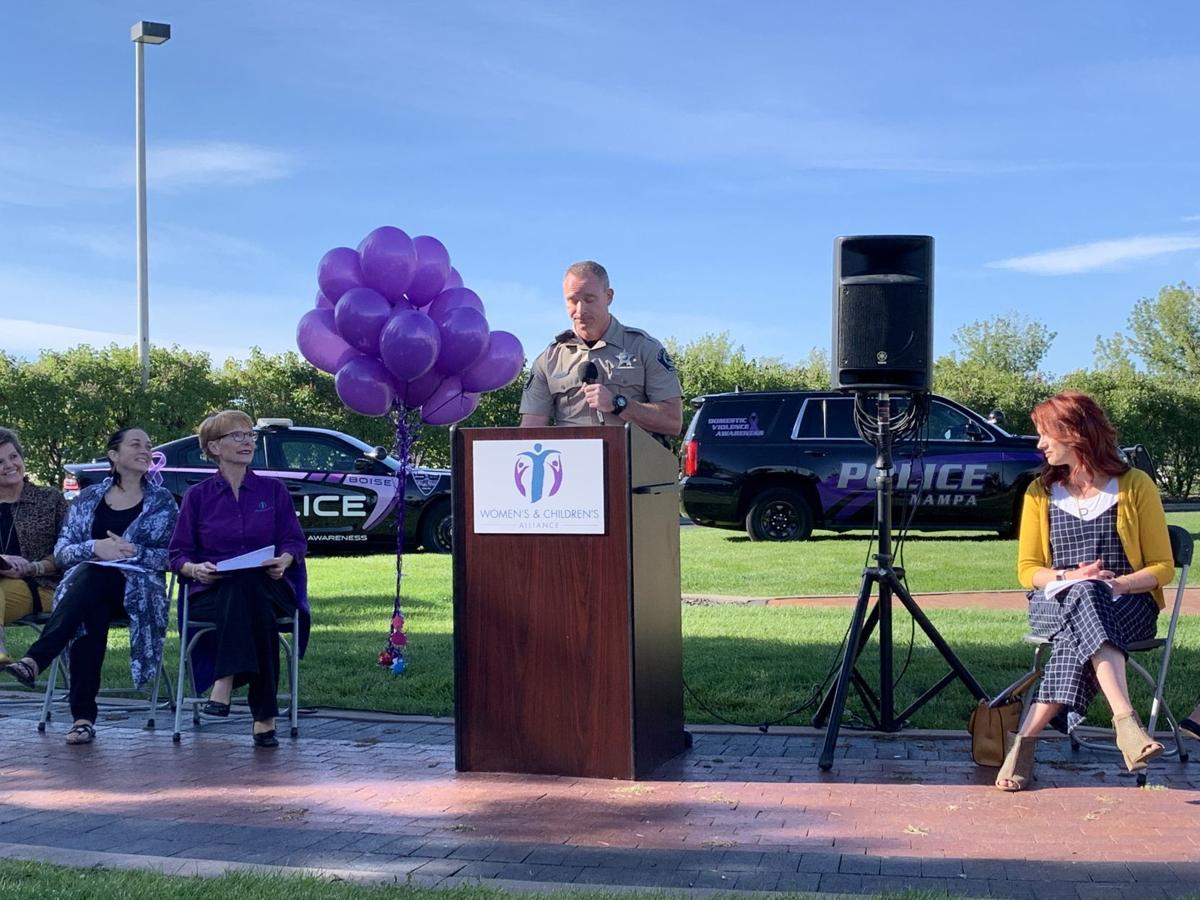 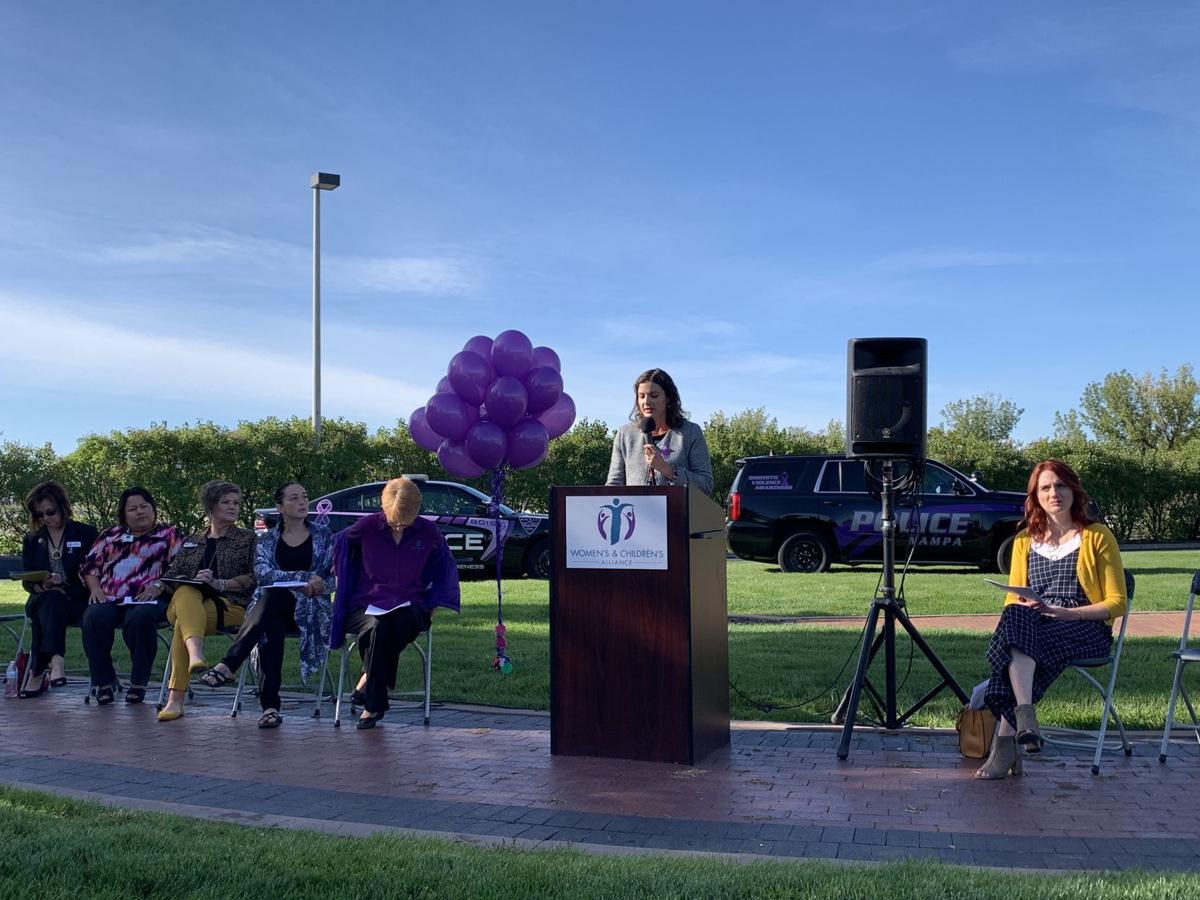 On Thursday, at a Women’s and Children’s Alliance joint press conference, that Boise woman, Amber, also said she was a survivor.

“I am ready to help others as we strive to be brave and heal from traumatic experiences, to become the brave, beautiful survivors we are today. I am worthy. I survived,” Amber said. Only her first name is being used to protect her identity.

She told her story Thursday before Ada and Canyon County officials, law enforcement and local nonprofits focused on providing help and resources to domestic abuse victims. The group gathered at the Idaho Peace Officers’ Memorial in Meridian to begin Domestic Violence Awareness Month, which runs during October.

In 2018, Ada County law enforcement responded to over 5,000 calls about domestic violence, sexual assault and child abuse. One in four women and one in seven men in the U.S. have been victims of some type of domestic violence. From January 2018 to Jan. 6 of this year, 11 people died in the Treasure Valley in domestic murder-suicides, the Idaho Press previously reported.

By coming together, “we can make our community a better and safer place to live and raise our families,” Bea Black, executive director of the WCA, said in a press release.

“Decades ago we didn’t talk about these things,” Lachiondo said. “Now we know silence only helps perpetrators.”

For another survivor, Elizabeth, the WCA was able to convince her that she was, indeed, in an abusive relationship.

“I remember asking over and over if I was really in an abusive situation, desperately needing that confirmation,” Elizabeth said during the press conference. “The response on the other end of the phone line chilled me. ‘Absolutely. Yes.’”

Now, Elizabeth is a mother, a social worker and has a loving husband who supports her.

Domestic violence situations are also one of the most dangerous calls officers respond to, Eagle Police Chief Matt Clifford said.

“Because of supporters like you — entities that fight for people, educate people about the real inside story of domestic violence — law enforcement has been able to receive the knowledge and training needed for helping victims at the crime scene, helping them at the courthouse and helping them during what could mean the rebuilding of their lives,” Clifford said.