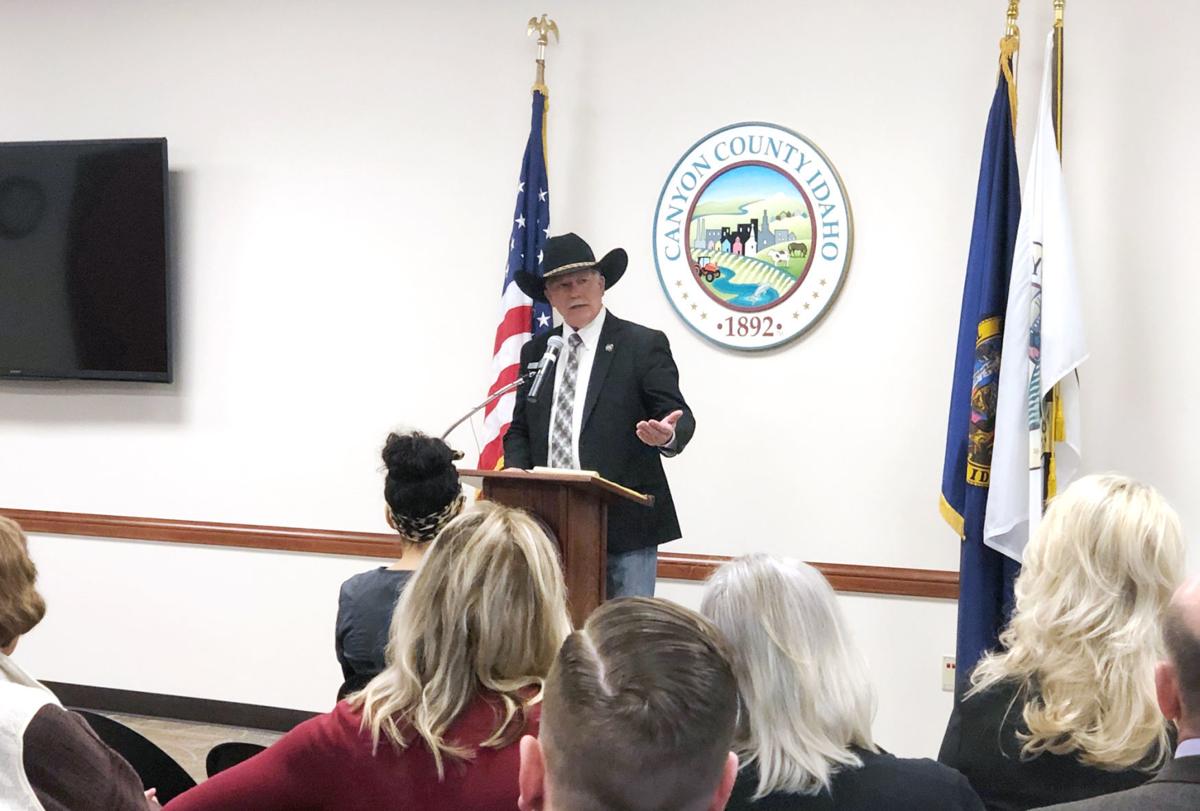 Canyon County Sheriff Kieran Donahue announced his intention to seek reelection this November during a news conference Monday at the Canyon County Administration Building in Caldwell. 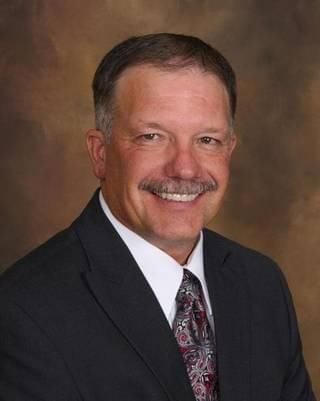 Donahue, a Republican, initially was elected to the office in 2012 and then re-elected four years later. He worked as a patrol officer and investigator with Canyon County for several years before making the transition to sheriff.

“I’m honored and especially proud that I’ve been allowed to lead (the Canyon County Sheriff’s Office) over the last seven years, going into our eighth year,” Donahue said. “I hope we will have another four years to continue the good work that we do.”

At Monday’s event, Donahue discussed the agency’s successes during his tenure, as well as its ongoing projects, which include building a temporary housing unit for female inmates at the Canyon County Jail.

Donahue said the unit — a short-term solution to the jail’s overcrowding problem and lack of funding — is expected to open soon. A final inspection will be done between Wednesday and Friday.

Idaho Press previously reported the unit, or pod, is made up of more than two-dozen semi-tractor trailers, which are welded together into one building and can house 122 people. The unit will allow all female inmates to reside in a single building, Donahue said. Male inmates then will be transferred to the facilities previously used to house the women.

Eventually, Donahue said, the agency hopes the added space will allow them to close older parts of the jail, such as a building from 1948.

“This is a small piece of the puzzle,” Donahue said. “It will buy us some small breathing room until our county can find a way to find the appropriate jail funding that we all desperately know we need and just simply isn’t out there right now.”

Donahue also said the sheriff’s office hopes to expand driver’s license and vehicle registration services in the county by hiring at least six to eight additional personnel and leasing a new, larger space. He said he expects that would reduce wait times and crowd size at the county’s only Department of Motor Vehicles in Caldwell.

“We can get the personnel, but we’ve got to have a place to do it. … We know you’re waiting too long,” Donahue said. “We’re working toward finding where that facility or facilities are going to be.”

Olivia Heersink is the Canyon County public safety reporter. You can reach her at oheersink@idahopress.com. Follow her on Twitter @heersinkolivia.

CALDWELL — Canyon County will accept thousands in grant money from the State Criminal Alien Assistance Program, to reimburse the county for ho…