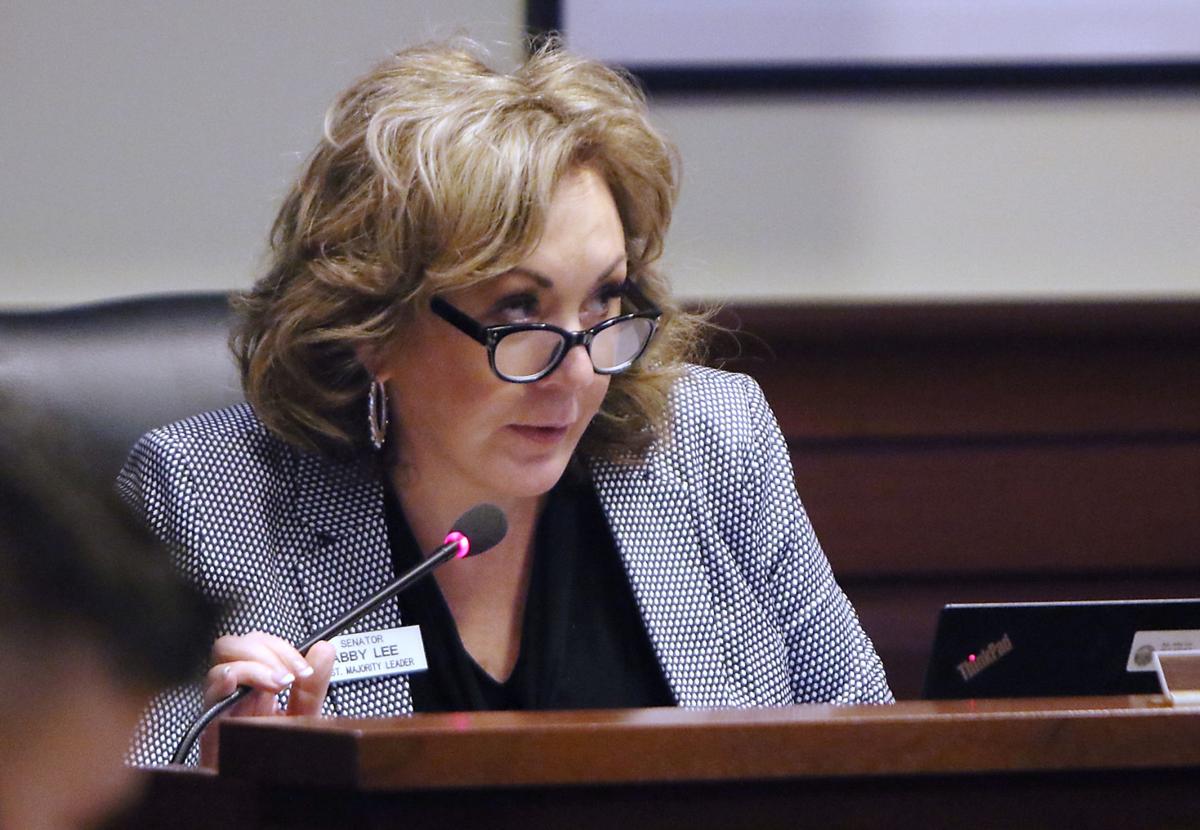 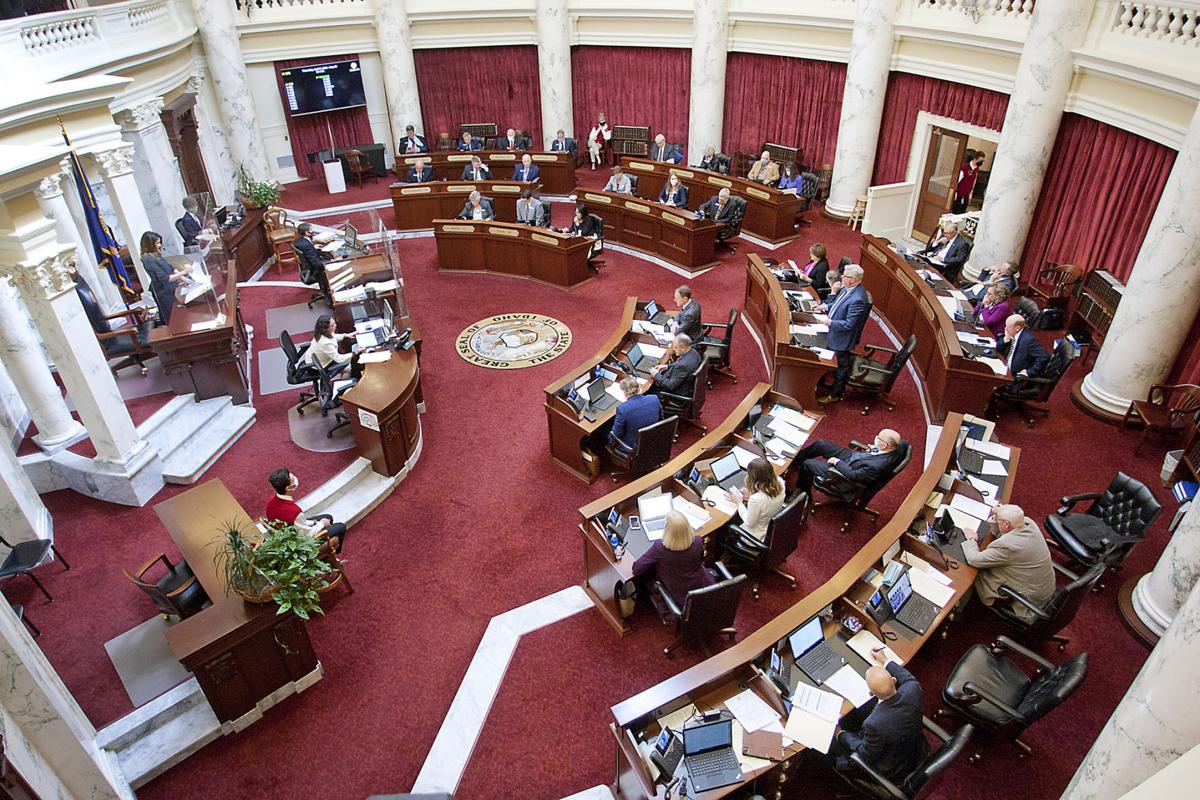 Idaho lawmakers at work on the Senate floor at the Idaho State Capitol during the 2021 regular legislative session, Thursday, April 8, 2021. 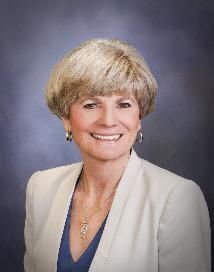 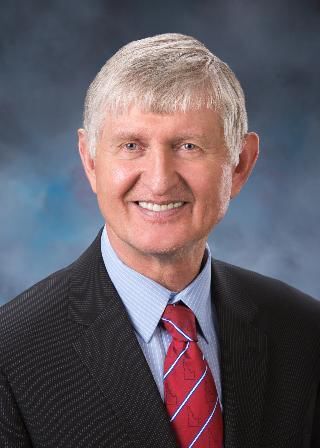 Idaho lawmakers at work on the Senate floor at the Idaho State Capitol during the 2021 regular legislative session, Thursday, April 8, 2021.

BOISE — The Idaho Senate on Monday voted 18-17 in favor of SB 1193, the new version of a bill to accept a $6 million grant approved by the Trump administration to help local collaboratives improve early learning in their communities in kids up to age 5.

An earlier version of the proposal narrowly died in the House on March 2, after opponents claimed it would be a tool to impose a social-justice indoctrination program on Idaho’s youngest children — though the grant leaves all curriculum decisions up to local collaboratives. It has strong backing from Idaho’s business community and the state’s two GOP U.S. senators; the funding was authorized by former President Donald Trump.

The Idaho Freedom Foundation has been campaigning against the grant, claiming it’s part of a national push to teach that “babies are racist” and to “program woke-ism into children.”

“Unfortunately, some of the information was misguided, misunderstood or simply not true,” Sen. Janie Ward-Engelking, D-Boise, the bill’s lead Senate sponsor, told the Senate. “This renewal grant is about supporting the needs of our families, communities and our businesses, and most importantly, our children.”

You can see the full vote breakdown at our Eye on Boise blog, at idahopress.com/eyeonboise. The bill now moves to the House.

The new version, which cleared the Legislature’s joint budget committee March 16 on an 18-2 vote, includes extensive “intent language,” which has the force of law, noting that no curriculum may be dictated to local collaboratives, requiring broad community involvement, and requiring reporting.

Sen. Steven Thayn, R-Emmett, told the Senate, “I think in general I could support the bill, but quite a few of the emails that I’ve received are concerned about critical race theory, gender identity, homosexuality, which in visiting with the head of this organization, I don’t think that’s a problem in Idaho.” Thayn was referring to the Idaho Association for the Education of Young Children, which will administer the grant under the oversight of the State Board of Education. “I find her to be a very honorable person,” he said of the association’s director, Beth Oppenheimer. “But I would like to see some strengthening in the intent language on the prohibition of some of these things.” Thayn said because of that, “I reluctantly have to vote no.”

The grant is actually a renewal and expansion of an existing collaborative program IAEYC has helped coordinate; the work of those collaboratives range from a kindergarten-readiness push in Kuna to a business-led effort to regain lost child-care capacity in Valley County to an immensely popular “Read-Talk-Play Every Day” initiative aimed at families in American Falls.

“This is about helping our children learn to read and write and gaining skills that sometimes, unfortunately, they show up to school without,” she said. “And it takes a long time to help children remediate these deficits. If children are not reading by the third grade, we know statistically they are less likely to be successful and less likely to graduate from high school and less likely to be able to participate in our economy and take care of their families.”

She added, “I think we have a great opportunity to watch this program.”

Sen. Carl Crabtree, R-Grangeville, told the Senate, “I got hundreds of emails about this particular bill; did you? I had to look up the number to understand that they were talking about the same bill. ‘Critical race theory, leftist agenda,’” he quoted. Yet, he noted, the bill is backed by Idaho’s largest businesses, and the guidance for the grant came from the Trump administration.

He said in his north-central Idaho district, a local school administrator told him 80% of first graders are arriving not prepared for the first grade.

“So while we want to have the parents do it, clearly that’s not working out,” Crabtree said. “We need to help the parents. … I know they want to. So let’s give them a leg up.”

Sen. Christy Zito, R-Hammett, read at length from a children’s book she was critical of that was written from a Native American perspective. She told the Senate, “Beginning at a young age, a program like this is grooming our future adults to just accept that the government will have a major role in their lives. … Let the legacy of our state be that we will not encumber our future generations with federal debt. … We will be an example to others in this great country, a country that until the last couple of years was known to be the land of freedom and opportunity.”

Sen. Melissa Wintrow, D-Boise, said, “I didn’t hear the exact title of the book that was just read, but I don’t think that has anything to do with the grant.”

“These are collaboratives that work together with their community,” Wintrow told the Senate. “It is these communities that determine what is taught. … I can assure you absolutely no money will be used to teach social justice or human sexuality. This bill is about teaching reading and math to our young children and making sure that they’re ready for kindergarten. It’s also about helping families have the resources that they need.”

Both Sens. Mary Souza, R-Coeur d’Alene, and Lori Den Hartog, R-Meridian, said they’d support the bill if it was to address only children from ages 4-5, but not birth to 5. Souza said, “When you are asking the federal government to fund anything that has to do with educating our youngest children, at the most vulnerable times of their learning, that makes me nervous.”

Sen. Regina Bayer, R-Meridian, said, “We are faced with a problem here in counteracting critical race theory or whatever you want to call it in our universities. Why would we possibly condone … letting this slip in to our young children?”

Sen. Todd Lakey, R-Nampa, said he “went to the source — the leader of our local group that would be handling these funds, and they talked about how important these funds were to our young children. They were surprised to learn about the concerns that were being expressed,” he said. “I don’t agree with critical race theory or the ‘social justice’ that’s being described. They have the same feeling. They don’t do it, and they won’t do it in Idaho.”

The bill now moves to the House.