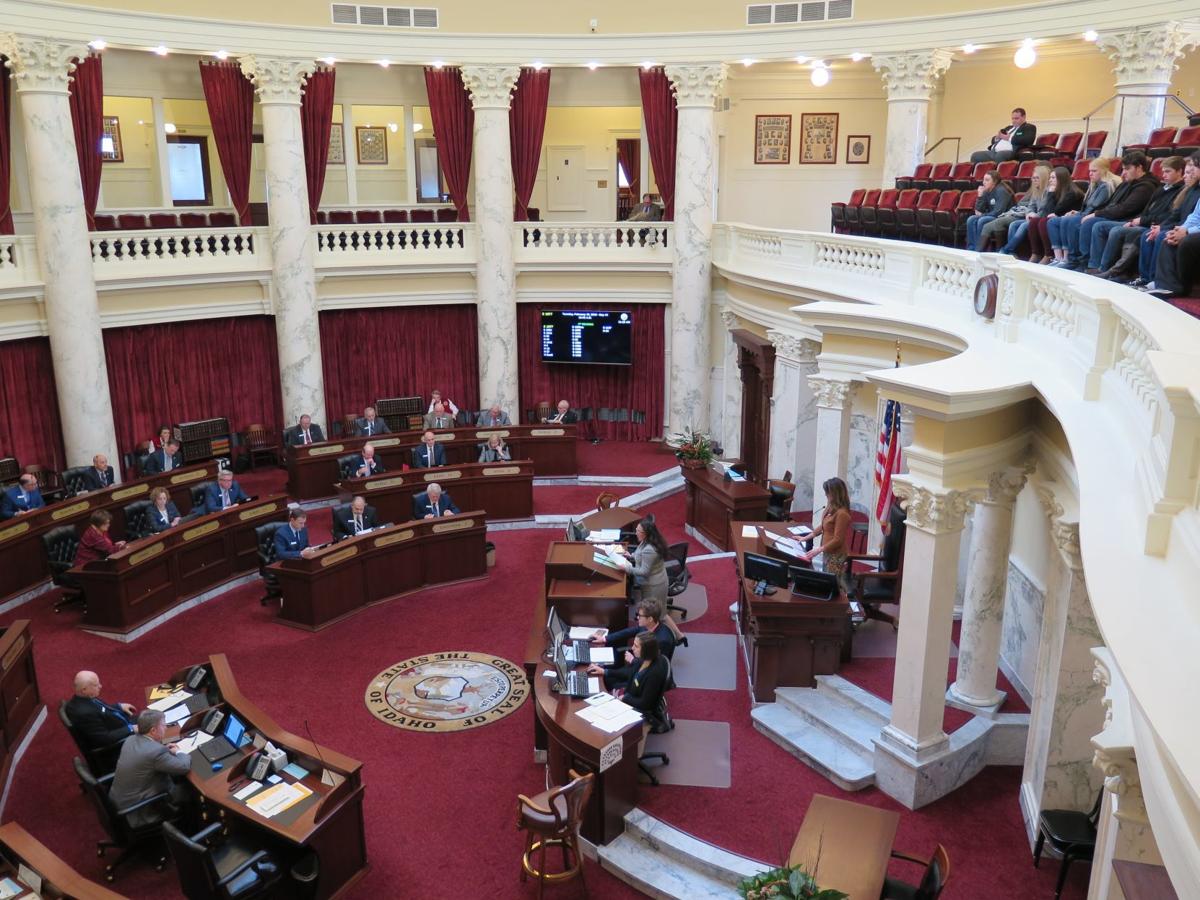 The Idaho Senate meets on Tuesday. Senators rejected legislation to ban drivers from using hand-held cellphones, on a 15-18 vote. 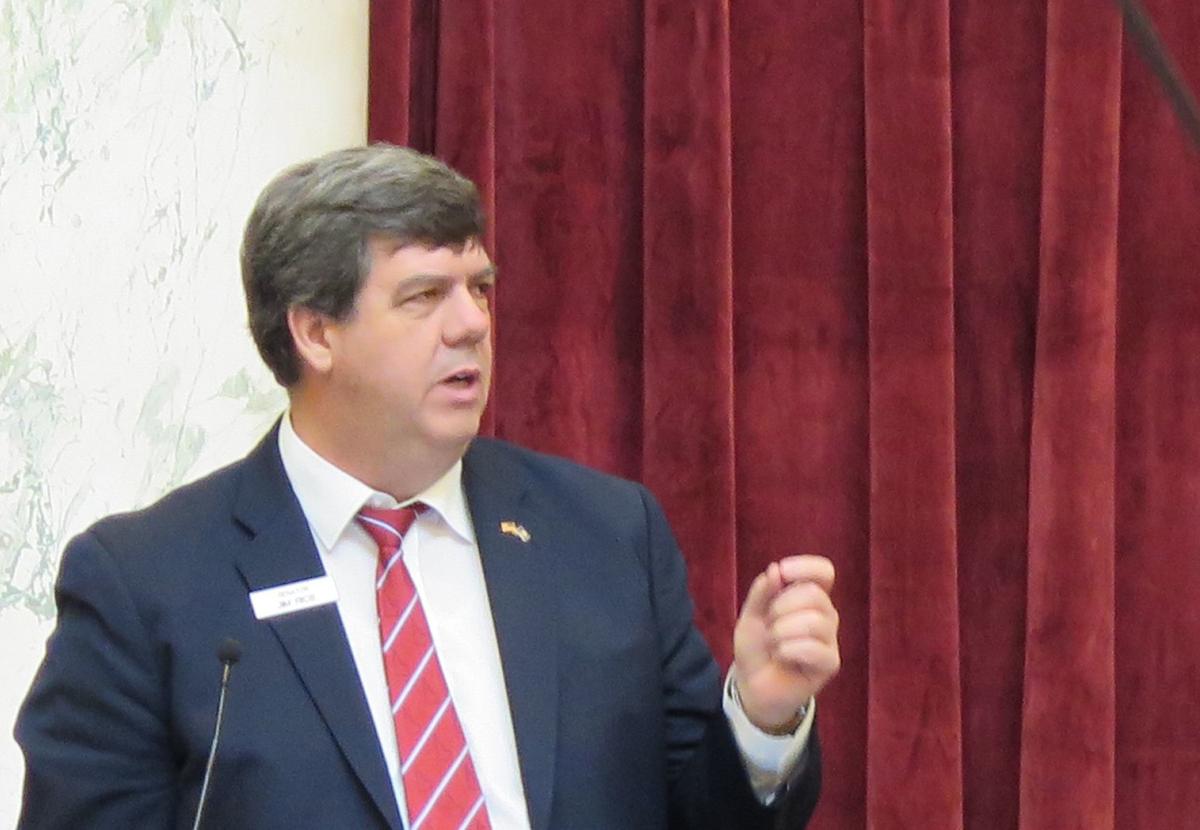 Sen. Jim Rice, R-Caldwell, argues for SB 1064 in the Senate on Tuesday, his bill to ban the use of hand-held mobile devices while driving.

The Idaho Senate meets on Tuesday. Senators rejected legislation to ban drivers from using hand-held cellphones, on a 15-18 vote.

Sen. Jim Rice, R-Caldwell, argues for SB 1064 in the Senate on Tuesday, his bill to ban the use of hand-held mobile devices while driving.

BOISE — A divided Idaho Senate on Tuesday killed legislation to ban statewide the use of handheld cell phones while driving, amid concerns over how it might affect farmers in aging pickups or why the state would single out one form of distracted driving over another.

Sen. Jim Rice, R-Caldwell, the sponsor of the bill, said, “What this does is it actually protects the primary liberty that we exercise on our roads. The primary purpose on our roads is to exercise our right to travel. … That’s what we design roads for, that’s what their primary use is.”

Distracted drivers who are texting or punching at their phones inhibit other motorists’ right to travel, he said. “We need to change behavior. We need to protect that primary right. … We have done the same kinds of things when we’ve developed lanes, stop signs, yield signs, and those types of requirements. This is similar.”

Sen. Mark Harris, R-Soda Springs, countered, “I come from a rural district. … A lot of farmers and people I know drive older trucks, and they’re not equipped to have Bluetooth, they’re not equipped to have all the technology, in fact the air conditioner is the window winder, roll the windows down. There’s a lot of time spent in these trucks, and you never know when somebody needs a gallon of antifreeze or a wrench to fix their combine. … This legislation will hurt them.”

He added, “Would this legislation change behavior? Maybe. But a lot of people I know will just keep a sharper eye out for law enforcement, and that’s not good, that’s not right. ... I think it would be better to teach and educate people rather than regulate their behavior.”

Rice said the bill’s graduated penalties — a $50 fine for a first infraction, $100 for a second offense, and $200 for a third offense, with fines doubling if the distracted driver hit someone — were “designed to educate far more than they’re designed to be punitive.”

But Sen. Janie Ward-Engelking, D-Boise, the only Democratic senator to vote against the bill, said she favored an unsuccessful move from Sen. Dan Johnson, R-Lewiston, to amend the bill so it wouldn’t apply to local or county roads. “I know that sometimes when you’re farming, etc., you’re in a situation where you would need to make a phone call,” she said.

According to the Insurance Institute for Highway Safety, handheld cell phone use while driving is now banned in 16 states, including neighboring Oregon, Washington and Nevada. Thirty-eight states ban all use of cell phones by novice drivers, including Oregon, Washington and Utah. Idaho law only bans texting while driving, not other types of handheld device use; that law’s proven difficult to enforce.

Rice’s bill made exceptions for emergencies and emergency responders, as well as for hands-free devices. But it died after an hour’s debate, on a 15-18 vote.

“It has more support now in this version than it did last year, and it may be just time,” Rice said after the vote. “Sometimes we have to work on things over multiple years.”

He said he’s been hearing “some discomfort” from rural lawmakers, in whose districts “it’s not as big a problem as in some of the urban areas.” But he said he thought the thinking had evolved, as there were no arguments advanced in the Senate debate this year that “this kind of an idea is an inappropriate imposition on the liberty of our citizens.”

“It was important to have this discussion,” he said, adding that he hopes citizens will be reminded not to use their phones while driving, “whether there’s a law or not.”

Sen. Jim Patrick, R-Twin Falls, said, “It’s already against the law for inattentive driving. We should enforce the law we have.”

After several senators said they thought other forms of distracted driving were just as dangerous, from driving with a dog on the driver’s lap to a driver putting on makeup, Sen. Grant Burgoyne, D-Boise, said, “This bill is not about dogs, it’s not about coffee cups, it’s about what I see in my community as the highest incidence of distracted driving: mobile device usage in an automobile. … This bill makes us safer. … At some point you need to draw a line. … This bill is sensible, this bill is well-written. It is clear what is not permitted.”

Sen. Patti Anne Lodge, R-Huston, recalled a friend who was killed in a crash last year with a 19-year-old distracted driver. Lodge said she’s been hoping ever since that Idaho would change its law, saying, “I have not been able to take her funeral card off my dressing table.”

Coincidentally, the vote came on the same day that Idaho Politics Weekly released a new Idaho poll conducted by Dan Jones & Associates that found that “huge majorities” of Idahoans favor a handheld cell phone ban for drivers, with 84 percent of respondents statewide backing a ban.