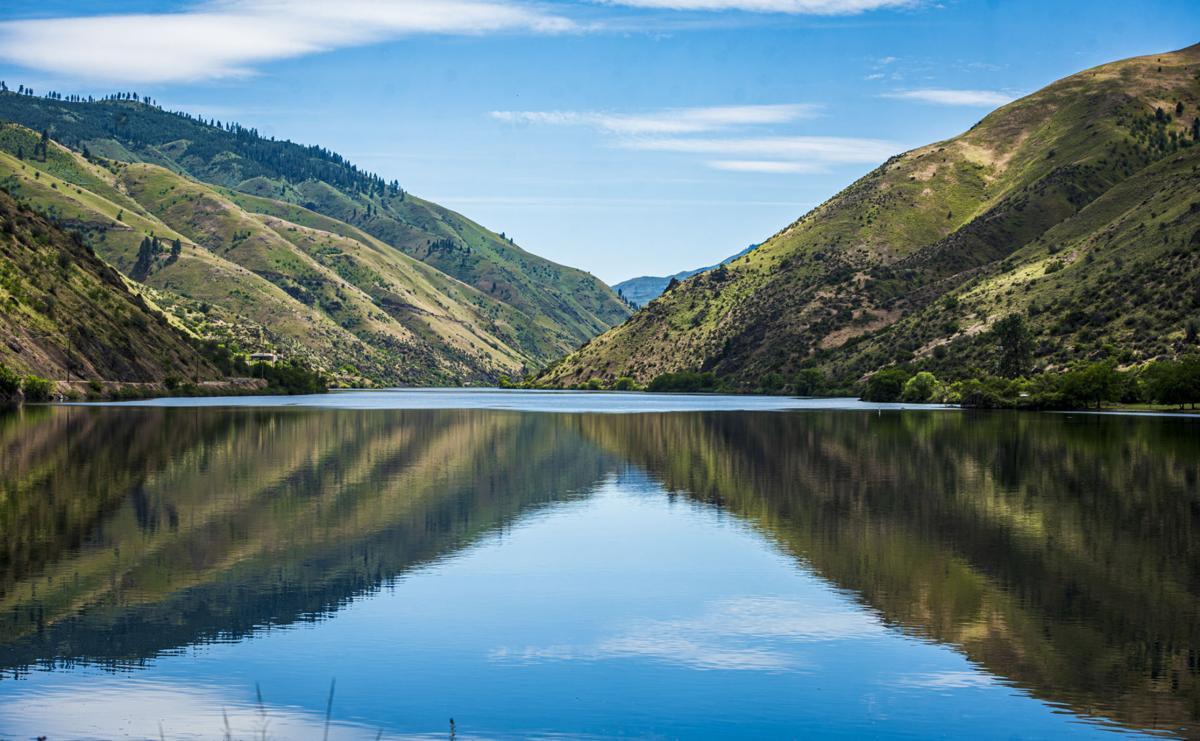 Looking south from Hells Canyon toward the foothills of the Seven Devils Mountains, the Snake River allows for a serene moment on June 21, 2020. 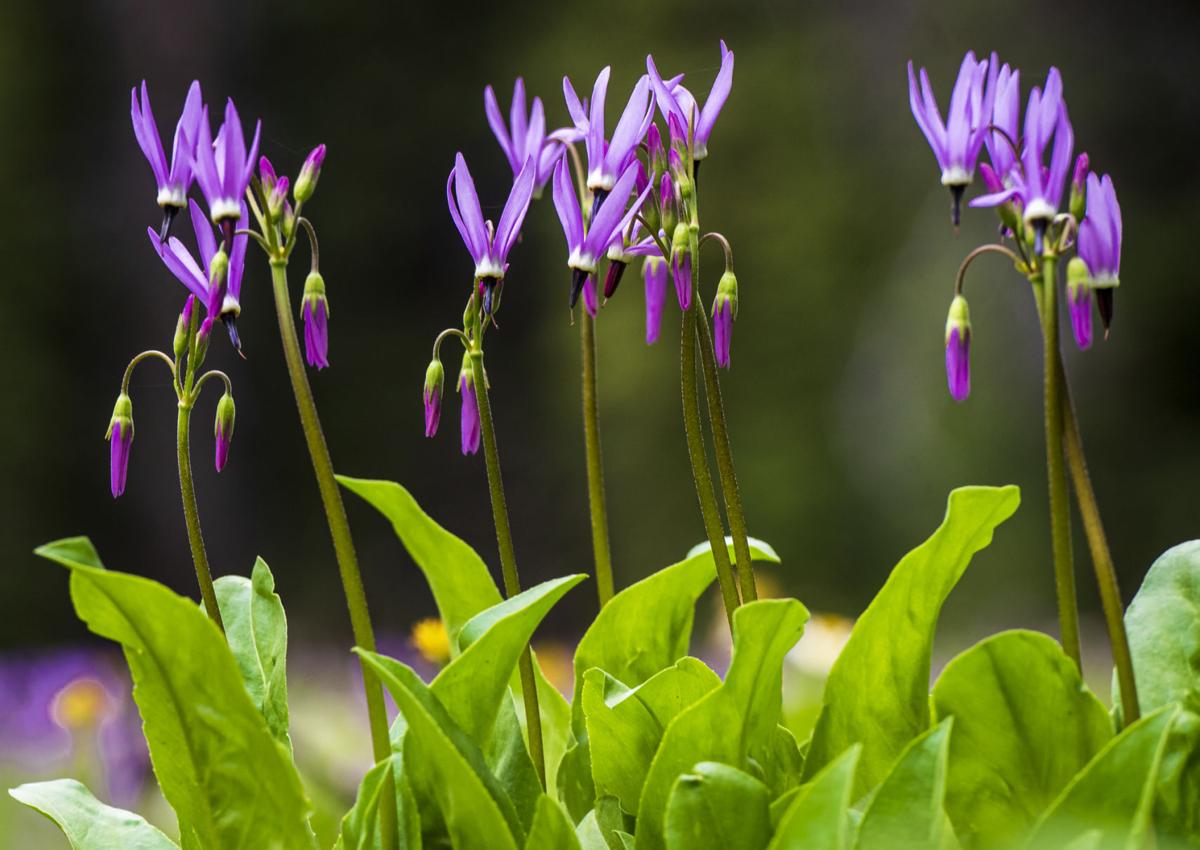 Shooting star wildflowers grow in a damp watershed valley where snowmelt and rain have created an ecosystem that supports higher moisture flora, photographed here on July 12, 2020 near Corduroy Meadows Road. 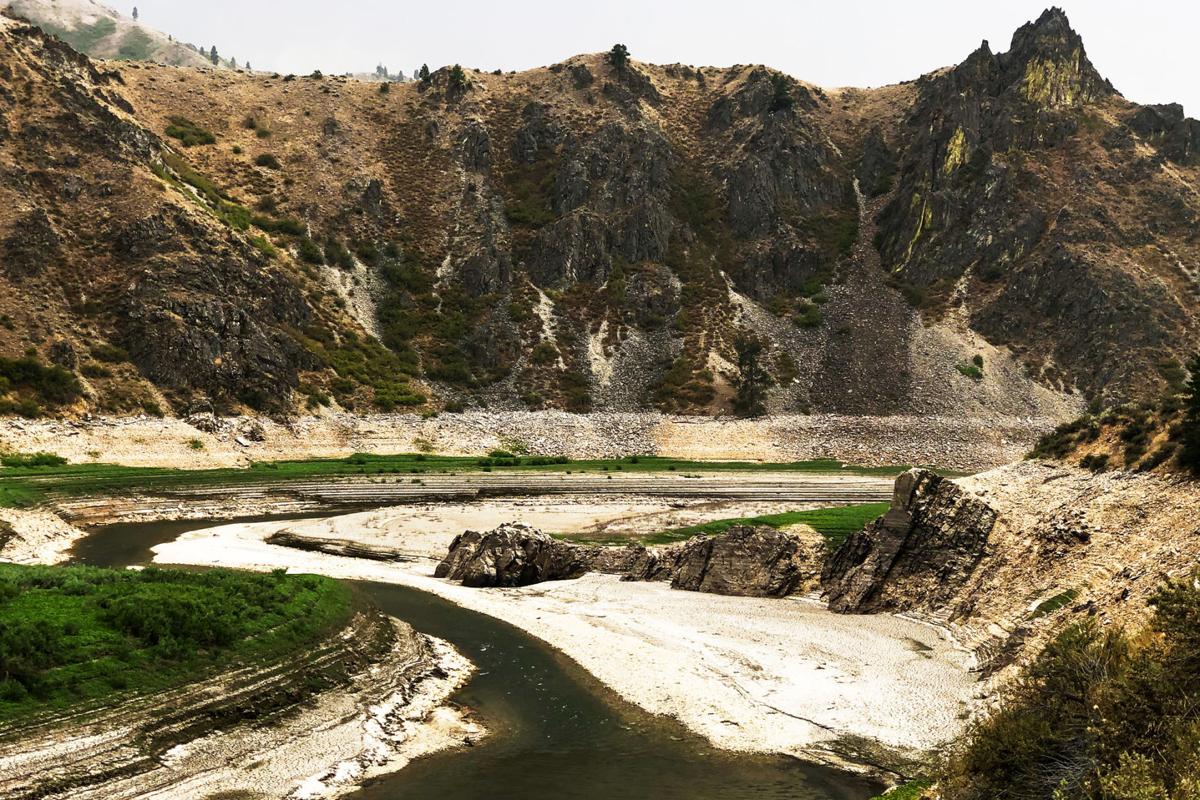 As the Boise River feeds into Arrowrock Reservoir in later summer months, lower water levels leave behind a series of beaches and lush wetlands. Photographed here on Aug. 17, 2020. 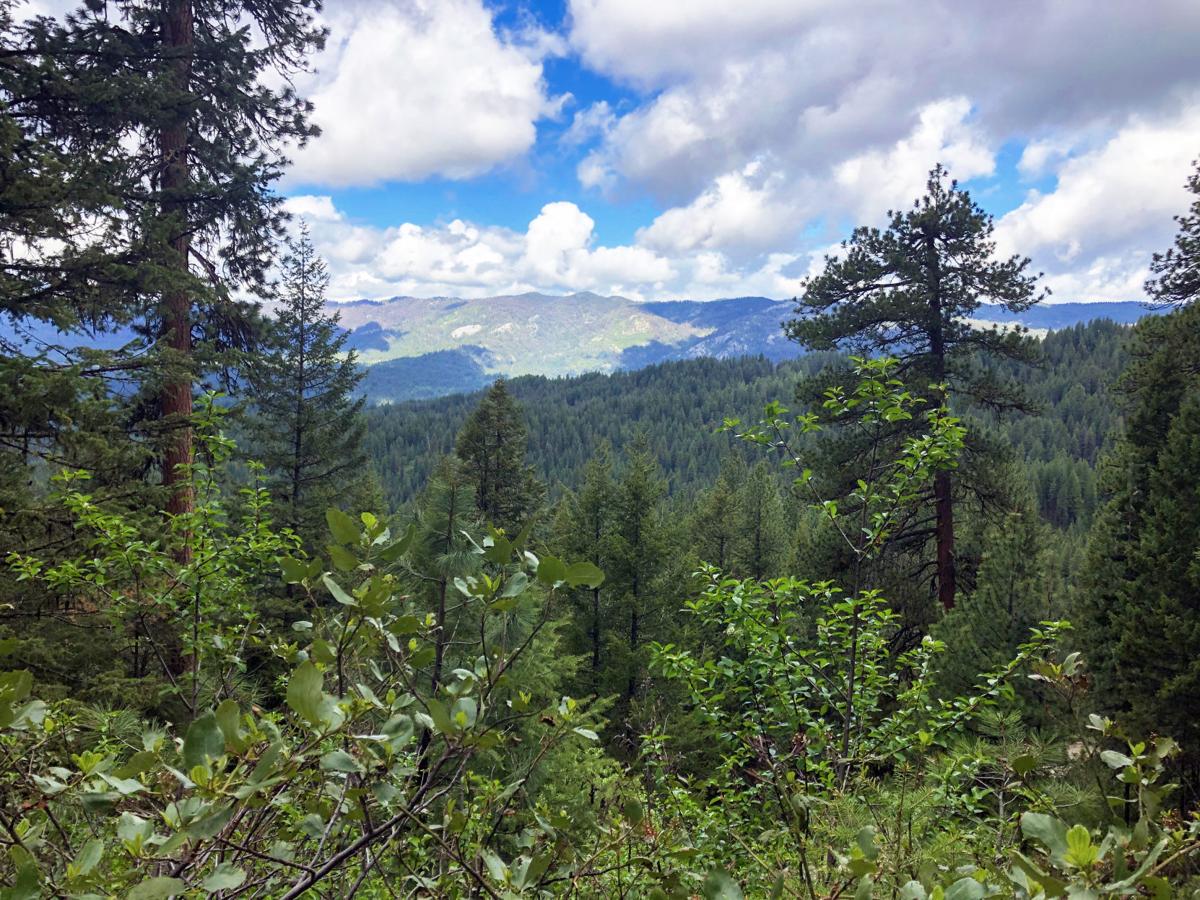 A view from a mountain road near Silver Creek Lookout, north of Crouch, Idaho.

Looking south from Hells Canyon toward the foothills of the Seven Devils Mountains, the Snake River allows for a serene moment on June 21, 2020.

Shooting star wildflowers grow in a damp watershed valley where snowmelt and rain have created an ecosystem that supports higher moisture flora, photographed here on July 12, 2020 near Corduroy Meadows Road.

As the Boise River feeds into Arrowrock Reservoir in later summer months, lower water levels leave behind a series of beaches and lush wetlands. Photographed here on Aug. 17, 2020.

A view from a mountain road near Silver Creek Lookout, north of Crouch, Idaho.

On the South Fork of the Snake River, fishermen miss opportunities to recreate every year because public lands access points are not always clearly marked. It’s not the only place where information about public and private lands is an issue.

According to John Robison, public lands director for the Idaho Conservation League, much of Idaho and the country’s open spaces are “a mosaic of public and private properties, some of which have special easements for public access.”

Robison said that patchwork of ownership isn’t always obvious when looking at maps currently available. In Idaho, laws place the responsibility on recreationists to know what type of land is under their feet.

“Too often neither digital maps or paper maps show important information about public access easements that allow you to get where you want to go without worrying about trespassing on private property,” Robison said.

The Modernizing Access to Our Public Lands Act, co-sponsored by U.S. Sen. Jim Risch, R-Idaho has been introduced as a solution to some of the navigational challenges of public and private lands in Idaho and throughout the country.

The MAPLand Act, or S.904, would require the secretary of the interior, the secretary of agriculture, and the assistant secretary of the Army for civil works to digitize a record of all geographic information relating to public access to federal land and waters for outdoor recreation, and for other purposes. This record would be compiled into maps and be available to the public.

“Digitizing America’s public land records and making them available online is not only commonsense and overdue, it will make recreating on our public lands infinitely easier,” Risch said in a statement. “With the MAPLand Act, hunters, anglers, and outdoorsmen and women can fully enjoy the best of what Idaho’s vast public lands have to offer.”

Many conservation organizations, such as the Idaho Conservation League and the Theodore Roosevelt Conservation Partnership, have voiced their support for the bill. According to Rob Thornberry, Idaho field representative for the Theodore Roosevelt Conservation Partnership, not only does the MAPLand Act make it easier for Idahoans to follow the rules and laws of recreation and trespassing in Idaho, it also encourages the public to recreate. This can foster appreciation for public lands.

“People shy away from the outdoors, because of concerns they’re not doing it right. This alleviates those concerns,” Thornberry said. “When you have people who recreate on public lands, they grow an appreciation for public lands. And in some cases that appreciation grows up into a conservation ethic for those public lands.”

For Thornberry, the MAPLand Act presents a proactive way for recreationists to be good stewards of the lands. Having greater access to maps and better knowledge of access points, he said, just makes sense.

The Idaho Conservation League lists a quality map as one of its 10 wilderness travel essentials.

Thorough, detailed maps also help in conservation and preservation efforts for sensitive wildlife and ecosystems. The United States Forest Service and Bureau of Land Management currently create certain travel maps that could have special design features to limit impacts to soils or vegetation by designating certain trails for certain types of travel. The MAPLand Act would ensure this information would also be digitized and easily accessible to recreationists.

But lack of proper funding for the digitizing of so much information could be detrimental.

But some say this is not enough.

When testifying before Congress last year about the bill, Amanda Kaster, former acting deputy assistant secretary of land and minerals management for the U.S. Department of the Interior, expressed concern over digitizing the information within the three-year timeline outlined by the MAPLand Act with the department’s current resources. Robison echoed these concerns.

“The agencies are being asked to do more and more with less,” Robison said. “This bill has a great intent, but unless the agencies are properly funded to manage the public lands, I’m worried that timeline could slip.”

The MAPLand Act is currently being reviewed by members of the Senate Committee on Energy and Natural Resources.