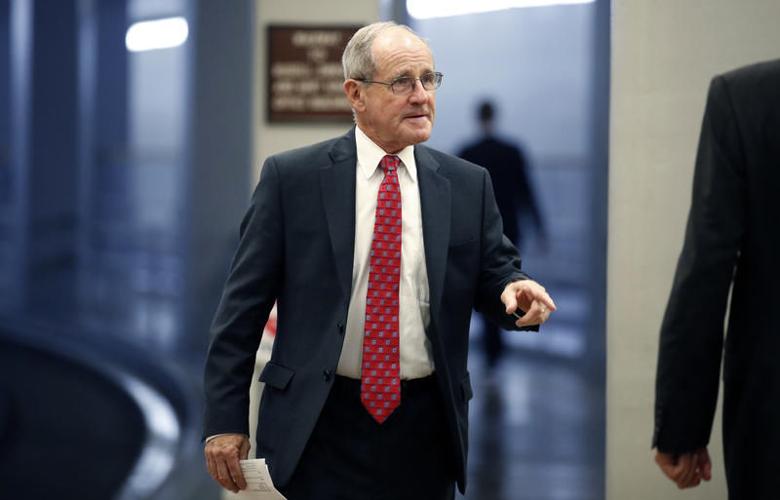 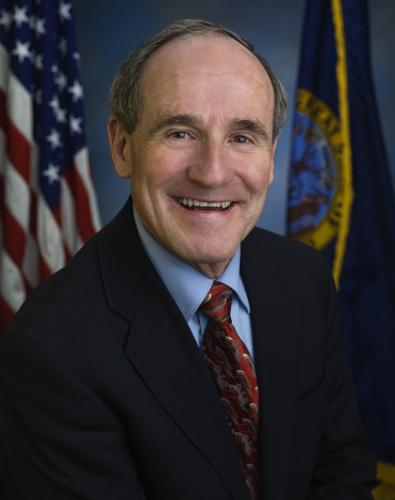 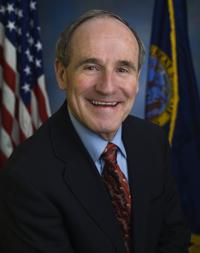 U.S. Sen. Jim Risch, a Republican from Idaho and the new chairman of the Senate Foreign Relations Committee, said Wednesday that he’ll handle the post far differently from the chairman he’s succeeding, Sen. Bob Corker of Tennessee, who’s been a frequent critic of President Trump on foreign policy.

“My repertoire does not include sparring publicly with the president of the United States,” Risch declared flatly. “For many, many different reasons, I think that’s counterproductive, and you won’t see me doing it.”

“I disagree with him from time to time,” Risch said of Trump, whose policies he’s strongly and loudly supported for the past two years. “We exchange ideas about how we feel on things, but when we do disagree, we do it face to face, and not on the front page of the New York Times.”

Risch, 75, is a former longtime state senator, lieutenant governor, and briefly Idaho’s governor; he made his fortune in Idaho as a trial lawyer, and also is a cattle rancher. He said he and Corker “have different backgrounds.”

Corker is a former mayor of Chattanooga who made his fortune in construction and real estate and has served in the Senate since 2007. In October of 2017, Corker famously told the New York Times that Trump’s recklessness could set the nation “on the path to World War III.”

“I’ve got a different view of really how the branches of government work with each other,” Risch said. “I have done my best to attempt to work with the second branch of government, where I think we ought to.”

Risch certainly hasn’t always shied away from confrontation; he made his name in Idaho as a combative and highly partisan politician, but also earned a reputation for results. Current Idaho Gov. Brad Little, in his inaugural address on the steps of the Idaho Capitol last week, said when Risch was governor, he “in seven months completed a full term’s worth of work.”

Risch, in his first interview after being named to the key chairmanship, noted that he was 65 years old when he arrived at the U.S. Senate 10 years ago. “I had pretty much had a complete career in public life already,” he said. “You probably wouldn’t find people that have done as much as I had for as long as I had in government.”

He arrived in Washington “sick and tired of the financial aspects of government,” and when he had an opportunity to have a coveted appropriations committee seat, he turned it down. “I declined it, and I did not seek finance, I did not seek budgeting, I didn’t seek any of that stuff that had to do with money.”

Instead, he said, he “took what I think is an incredibly interesting portfolio,” focusing on energy and natural resources, which fit in well with his background in Idaho, including a degree in forestry. “And then I took Intelligence and Foreign Relations, which I think almost any human being would find almost irresistibly interesting.”

He stuck with both, rising to second in seniority on the Senate Intelligence Committee and now Foreign Relations chairman.

Risch said when he first arrived in Washington, “The foreign policy issues were really focused on counter-terrorism; we were still suffering the wounds of 9/11.”

Now, he said, “It has become much more apparent that the 21st century is going to be focused much more on the competition of great powers.”

“Even as short as 10 years ago, we were the 800-pound gorilla on the planet,” he said. “Today that gap is closing dramatically, not because we’re getting smaller, but because others are getting bigger. The obvious two are China and Russia. Russia is the lesser of the two simply because of their ineptness. The Chinese, on the other hand, have stolen every good idea that we have — they see what we have, and they want it.”

“It’s going to be our job to counter those as best we can,” he said.

He doesn’t mince words in criticizing both countries. “Russia is a bull in a china shop,” Risch said. “They are inept at what they do, as we saw when they tried to interfere with the U.S. election. They were all over the board, they were clumsy, they were ham-handed.” He also pointed to Russia’s invasion of two regions of Georgia and Crimea, and “the trouble they’re causing on the Eastern European border or for that matter poisoning people in London. These are all very sick and clumsy ways of trying to exert their presence on the international stage.”

China, he said, is “more complicated than that,” and pointed to Idaho’s own Micron Technology, Inc. as the “poster child” example. “What they’ve done to Micron Technology is unconscionable,” he said. “They had Chinese nationals who stole their technology, went to China, patented it there, and sued Micron through a state-owned entity. … That’s just flat wrong.”

He added, “I had a spirited discussion with the Chinese ambassador here, and he did his best to defend the undefendable. The best he could muster was that their institutions aren’t mature yet as they should be. But they have a full understanding that that case is on our radar. I’ve got it on the president’s radar, I’ve discussed it with him personally; I’ve got it on the State Department’s radar: and obviously the Department of Justice’s radar.”

Asked how his Foreign Relations chairmanship helps Idaho, Risch pointed to the Micron case. “I could not have helped Micron as I have without being in the position that I am with the two committees that I’m on,” he said. “I can’t go into details, because it is still a work in progress.”

He also said Idaho needs the nation to have good foreign relations because the state is an exporter with customers around the world. “It’s important that we be able to trade with those countries,” he said. He said he’s also worked to promote the Idaho National Laboratory to play key roles in both energy and cybersecurity; and he’s planning to personally oversee the Columbia River treaty negotiations with Canada with Idaho’s interests in mind, chiefly: “That we have no diminishment in control and use of our own water.”

Risch said Secretary of State Mike Pompeo is “a really good friend of mine,” and he’ll have no difficulty working with him. “He and I have very similar views on life in general, but also on these kinds of matters,” Risch said.

He doesn’t have big overseas travel plans as the Foreign Relations chairman. “I don’t travel as much as a lot of the colleagues on my committee travel,” he said. In recent years, he’s gone on official trips to France, Vienna, Egypt, Germany and South Korea.

“I get a good share of what I need to get done here in my office, because the United States, particularly Washington, D.C., is visited regularly by almost every country. All those countries have ambassadors here,” he said, “and I get a lot of what I need to do by that.”

Asked about the many senior foreign service positions, including ambassadorships, that remain unfilled two years into the current administration, Risch blamed the Democrats. “The minority party plays an outsized role in being able to stop those,” he said. “We’ve done it, but we can’t hold a candle to the magnitude of what the Democrats have done. … They’re doing it on a wholesale basis.”

Risch is the third Idahoan to chair the key committee, which is charged with overseeing the conduct of U.S. foreign policy, including foreign assistance, treaties and declarations of war. The first was Sen. William Borah from 1925 to 1933; the second was Sen. Frank Church, from 1979 to 1980.

Risch said he’ll be different from both of them. “William Borah was around at the time when it was very fashionable, and indeed you could get away with non-involvement in a great matter of international affairs,” he said. “Those days are long gone. We cannot and will not be the world’s policeman. But having said that, because of the world today, be it transportation, communication or economics, we cannot have our head in the sand. So I couldn’t be further away from Sen. Borah when it comes to being an isolationist.”

He also said he agreed with the comment from the late Bethine Church, Frank Church’s widow, that Risch is “no Frank Church.”

“I will not be a Frank Church. That doesn’t mean we won’t do oversight,” Risch said. He said that “in my judgment,” Church “did some things regarding our intelligence-gathering abilities and operations that would not serve us very well today. We need a robust intelligence operation.”

Asked about the traditional American concept that “politics stops at the water’s edge,” as articulated by then-Senate Foreign Relations Chairman Arthur Vandenberg in 1948 when he laid the bipartisan groundwork for the negotiation of the North Atlantic Treaty, Risch said, “They really should. Traditionally it has.”

But he said in the 10 years he’s been in Washington, the nation has become increasingly polarized, “and polarization has slopped over, particularly with this president, to foreign relations. I’ve done this all my life. I have never seen the hate and the animosity and the vitriol and the unfairness to a public official as I’ve seen against this president.”

Still, Risch said he has “very good friends on both sides of the aisle,” and he’s working to build a relationship with ranking Foreign Relations member Sen. Bob Menendez, D-New Jersey, “who I haven’t been particularly close to over the years.”

Risch said he’s forged friendships with Democrats including Sens. Jeanne Shaheen, Chris Coons and Tim Kaine. “I get along well with those people, I’ve had conversations with them,” he said. “We have agreed that as best we can, we’re going to try and move foreign relations forward in the best interest of all Americans.”