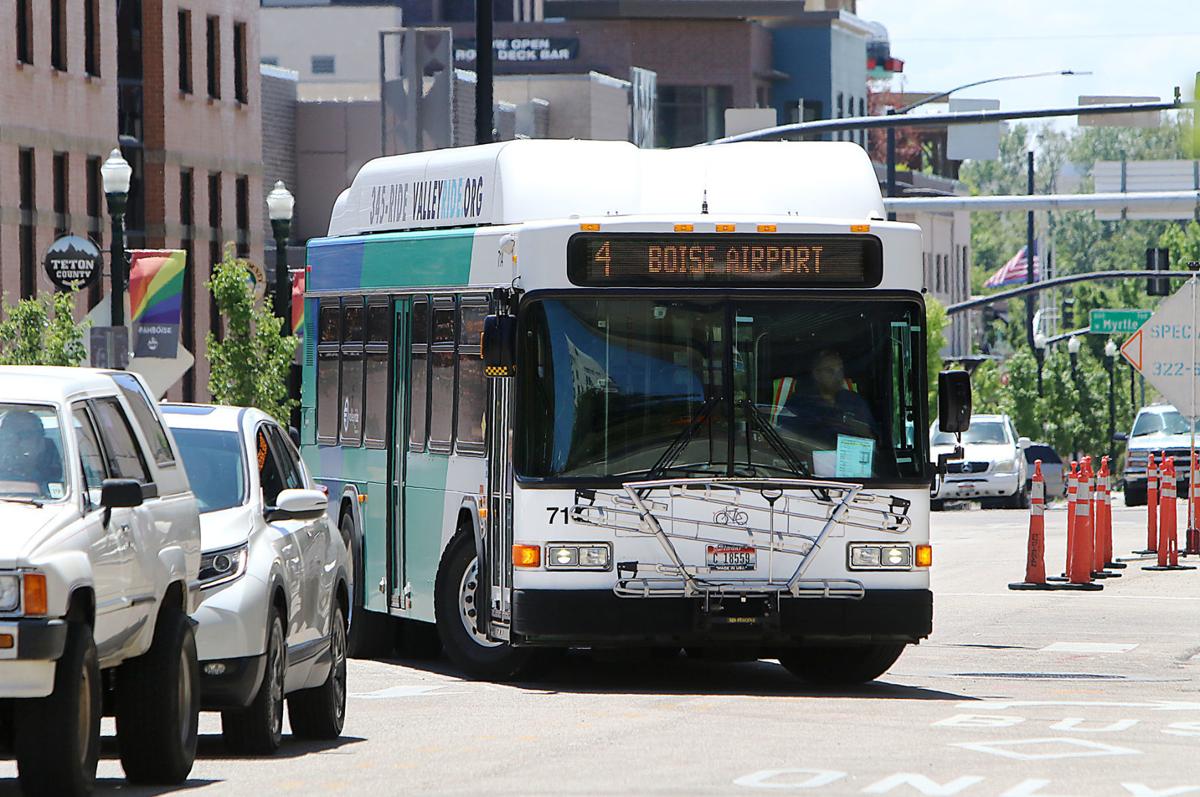 A bus pulls out of traffic and turns toward the Valley Regional Transit station in downtown Boise, Tuesday, May 4, 2019.

Rushing out the door to hop on the yellow school bus was part of my everyday routine as a public school student. As an elementary schooler, the ride to and from school was an excuse to hop up and down on the faded seats, yell to my friends, and run up and down the aisles when I was most certainly not supposed to, but I grew to appreciate it in a different way as a teenager.

I started to see my bus rides as a 20-minute break from the world. I didn’t have to listen to a teacher, do chores, complete any assignments or even talk to anyone. All I had to do was look out the window and listen to music. Even when I had my driver’s license, I opted to still ride the bus most days simply to take that time to get ready for or recover from my day.

In September, I got fed up with tight parking in downtown Boise and decided to try a month-long trial period as a bus commuter. When I stepped onto the bus for my first day of riding to work, I felt the same familiar sense of calm wash over me that I remember from grade school. I couldn’t even work on my phone even if I wanted to because I would get motion sickness, so every ride to and from the office was time for me to listen to the news of the day via radio or simply look out the window.

The first week was fabulous. During peak commuter times, the route to my home on the Boise Bench gets 30-minute service, and I live close to a prominent intersection, so it was easy to catch my ride. The 40-minute trek in and out of work became a respite in my busy day, but I soon ran into problems.

If I had to go anywhere in the city other than downtown, my options were limited. Often, buses in the middle of the day only left once an hour, and my bus pass only covered my commute and not routes to other parts of Boise or the Treasure Valley. At one point, I took the bus to an interview and had to leave my office so early to catch a ride there I had to loiter outside my appointment for 40 minutes before it was time for the meeting.

Another problem was the last bus home left downtown at 6:45. This was no big deal on regular days, but as the campaign for Boise City Council and mayor ramped up, I started having candidate forums multiple nights a week that started after that final bus left the station. Even if the events were downtown, if I took the bus to work I would be without a way to get to the forums or a way home. I found myself only able to take the bus maybe once a week during the last half of my month trial.

When it was time to renew my commuter pass for $42, I opted not to and continued my daily ritual of driving to and from work. Getting to go to work quicker and whenever I want to sure has its perks, but when I am trying to wedge myself onto the Connector and navigate traffic in downtown Boise to find my (comically small) parking space, I miss my bus rides. I miss not having to worry about driving or what other people are doing around me.

Here’s the good news though: If you work in downtown Boise and have a traditional 9-5 schedule, the bus can be for you. I couldn’t make it work with a hectic reporter’s schedule, but it’s probably a viable option for more commuters than a lot of people think.

Give it a try. I hope you find it as calming as I did.