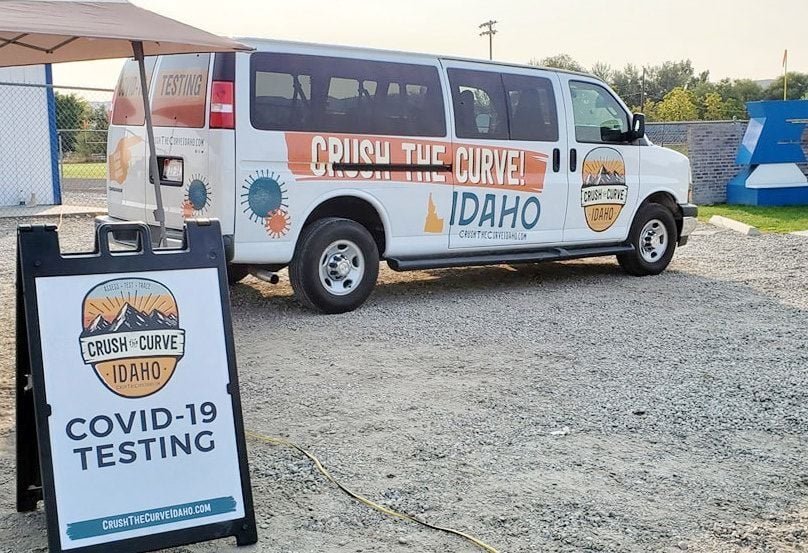 The west entrance area of Huskie Field became a make-shift rapid testing site for quarantined Emmett students on Oct. 1 in a cooperative effort between the Emmett School District and the statewide business supported Crush the Curve organization. 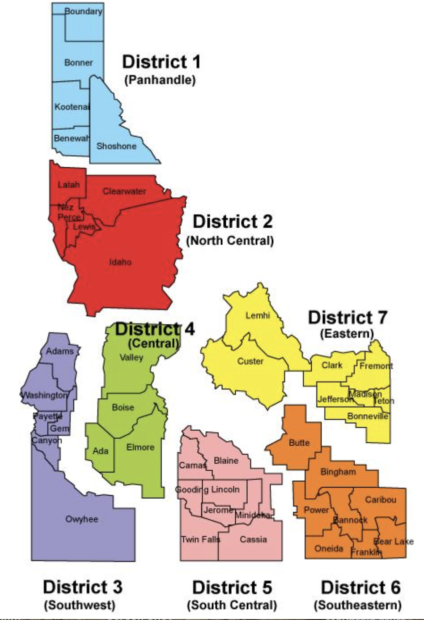 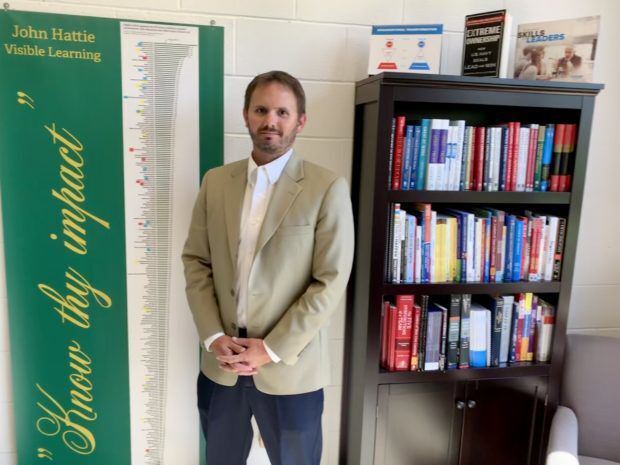 The west entrance area of Huskie Field became a make-shift rapid testing site for quarantined Emmett students on Oct. 1 in a cooperative effort between the Emmett School District and the statewide business supported Crush the Curve organization.

Thousands of rapid coronavirus tests Gov. Brad Little said are being prioritized for schools have been shipped across the state and testing is underway.

A month after Little unveiled the testing program, Idaho’s seven independent health districts are using different strategies for testing — in some cases passing the tests on to other healthcare and medical facilities in the community.

Some health districts administer the tests themselves.

“Testing is being offered at no out-of-pocket cost for teachers, school staff and K-12 students in all eight counties through our county SIPH offices or other facilities,” Southeast Idaho Public Health public information officer Tracy McCulloch said.

Others, like Central District Health, don’t want to serve as testing sites and have challenges testing students.

“While capacity is growing, it is still early in the process and many of the options for testing of these students remains challenging,” CDH public information specialist Brandon Atkins said. “Until there are more healthcare partners onboard and able to offer the testing, it will be up to individuals to contact primary healthcare providers for additional testing methods should they not be able to get access to the BINAX Now test through a designated recipient of the state supply.”

At this point, it doesn’t appear much data is available about which schools are taking advantage of the testing or how many teachers have been tested. Other groups, including healthcare workers, have access to the tests too and health districts do not appear to be tracking specific school level data when it comes to deploying the new rapid tests.

Little announced Oct. 1 the state was shipping thousands of new rapid coronavirus tests to public health districts to prioritize testing for teachers and school staff. The state received the tests as part of an initiative from the federal government to send 100 million rapid tests to governors.

Little called it a game-changer for schools, saying the new tests would allow schools to quickly determine who has and who does not have COVID-19.

Idaho received an initial shipment of 35,000 tests from the feds and Little said the state expects more than 500,000 tests in all over the next three months.

In rural and remote Bruneau-Grand View, administrators have been using CARES Act money for Crush the Curve to test students and staff. They have submitted 34 tests to date at a cost of $85 per test.

“The Crush the Curve partnership has been instrumental in us being able to stay open and keep kids in school,” Superintendent Ryan Cantrell said. “Even though it’s a bit costly. Without it, we’d be excluding staff and students at a much higher rate than is necessary.”

Cantrell said one issue with rapid Abbott ID tests from Southwest District Health has is that they’re only available for individuals with symptoms.

“We need asymptomatic assessments to be able to be useful for us,” Cantrell said.

Here’s a look at how public health districts are handling the rapid testing:

Panhandle Public Health: Received about 5,100 tests in early October. Tests are meant for people with COVID-19 compatible symptoms, who receive the test within four to seven days after illness onset, public information officer Katherine Hoyer said. There is no charge for testing K-12 students, staff and faculty. Test will be available based on need and results will be shared with the state. School personnel should call the health district’s COVID hotline at 877-415-5225 to start the testing process.

The health district does not have any data on which schools are sending people in for testing.

Southwest District Health: Has not responded to questions from Idaho Education News. (Note: Canyon County is in this health district.)

Central District Health: Received about 10,000 tests, with additional tests awaiting distribution. The agency has already gone through about half the tests on hand. CDH does not want to serve as a testing center, so it sends the tests to health care providers including Family Medicine Residency of Idaho in Boise and Meridian, Desert Sage Health Clinics in Glenns Ferry and Garden Valley Family Medicine. Additional locations in Kuna and Cascade were awaiting signatures on an agreement allowing for distribution and use of the state and federally supplied tests, Atkins said.

Tests are available for school staff that are symptomatic and meet testing criteria through providers CDH partnered with.

The tests are not available for student athletes to help coaches make decisions about keeping students out of practices or games. In fact, CDH recommends pausing all sports and extracurricular activities with moderate-high to high contact, including football, wrestling, basketball, soccer, volleyball, cheer and more.

“The guidance (calling for pausing sports) remains in effect although many of the schools and area sports groups are ultimately left with the decision to follow the guidance or not,” Atkins said.

South Central Public Health: Has not responded to questions from Idaho Education News.

Southeastern Idaho Public Health: Received about 3,700 rapid tests in early October, plus additional shipments. Testing is offered at no out-of-pocket cost for teachers, school staff, and K-12 students in an eight-county area through Southeastern Idaho Public Health county offices and other facilities. Testing is done for symptomatic individuals by appointment only. SIPH can schedule a drive-up testing event based on demand and need due to a potential issue involving a school in its service area. An SIPH public information officer said it is hard to put a number to how many tests have gone to schools because other populations are also receiving tests throughout the eight-county area.

Eastern Idaho Public Health : Received about 7,000 rapid tests. EIPH staff worked with local clinics and providers in each county of its service area (except Clark County) to make the tests available at no cost to students and school staff.

After-hours testing is available at clinics. Community Health Division Director James Corbett says they are not using rapid antigen tests to end isolation early, or to assess the status of case contacts, because the manufacturer does not recommend using them for asymptomatic individuals .

“These tests are to help with rapid assessment of symptomatic individuals to help with diagnosis,” Corbett said.