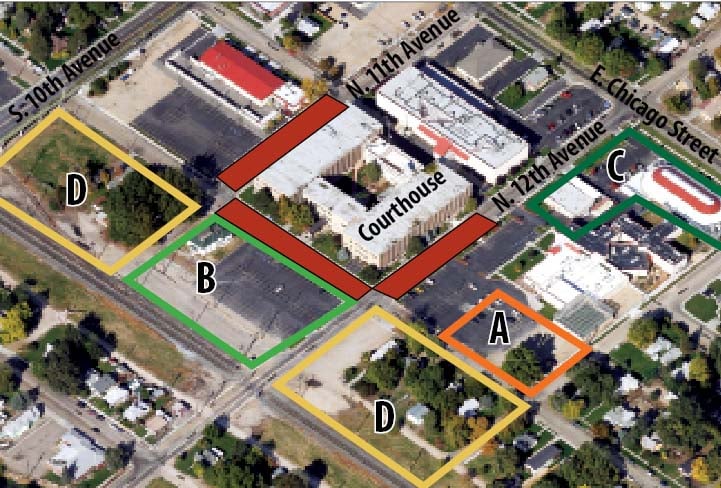 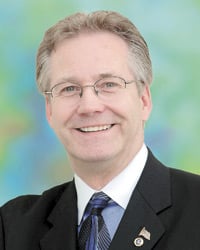 CANYON COUNTY — After a comprehensive study of Canyon County facilities and needs, county officials believe they have a proposal that would keep county services at the current Caldwell location but also expand space for inmates and courtrooms.

The multi-phase proposal would hinge on a $10.4 million allocation from the Caldwell East Urban Renewal Agency.

The proposal comes after three failed attempts to pass a bond for a new jail on sites away from the courthouse. It would drop the plan to build a jail on county property purchased on U.S. Highway 20/26 north of Caldwell. The new jail proposal has no cost estimate or timeline, county commissioners said.

The county will conduct four town hall meetings at different locations in the next three weeks to present the proposal to the public.

The preliminary proposals are part of two options from a 20-year plan presented to county officials in January by consultants from Carter Goble Lee of South Carolina. The option county commissioners prefer would eventually build a new jail on property where the work release center sits across North 13th Avenue from the courthouse in Caldwell. It may also close through traffic on the Albany Street block in front of the courthouse and the North 13th Avenue block next to the courthouse.

“We’re just at a point with 190,000 people we’ve got to do something,” Commissioner Kathy Alder said about the proposed plan. “We don’t have forever to do this. We’ve got to start relieving some of the facilities (overcrowding).”

The proposals are based on Carter Goble Lee’s county population growth projections and county staff needs projected to 2030.

Why not build a jail away from the courthouse?

The county has failed to get a super majority of voters to pass a bond to build a new jail three times since 2006. The most recent jail bond election, in 2010, would have put a $46 million facility on land the county purchased on U.S. Highway 20/26 near Interstate 84. But Commissioner David Ferdinand said Thursday county officials were “sold a bill of goods” regarding the need for several acres for a new jail at that location.

“We were convinced by (consultants Carter Goble Lee) that there was a different way to do this,” Ferdinand said about the new proposed location for a jail.

Ferdinand said county residents have told him they would support building a new jail next to the courthouse.

How would the county use urban renewal money?

Because the Caldwell urban renewal plan was extended until 2022, the agency could allow the county to $1.3 million annually between 2014 and 2022 for a total of $10.4 million. If approved, the county could borrow against that anticipated money, the commissioners explained Thursday. It would be county money used for the county, Ferdinand said, and would allow funding without having to ask voters to approve a tax hike.

A $1.9 million juvenile detention center next to the current juvenile detention center would allow the county to use the current center for adult male inmates who require secure cells. That would relieve jail crowding. The juvenile center now has less than 20 juveniles and space for 90. Adult inmates cannot be incarcerated with juveniles. That plan would allow more space for women in the main jail.

Commission Chairman David Ferdinand said the county could probably absorb that expense without going to voters.

This step builds a 41,000 square-foot administration building. The ground level would be used for parking. The second level would be for county offices that could include commissioners, development services, assessor, treasurer and possibly other administrative services, including human resources. There would be a separate entrance for this floor that would bypass courtroom security. It would open up space in the courthouse for courtrooms and courtroom support office space.

A 65,400 square-foot jail on Chicago Street would have 242 beds. The jail’s construction could mean taking down the work release center built in 2005.

The work release center has been a “temporary fix” for jail crowding, Ferdinand said.

This step would designate the 1000 and 1200 blocks of Albany Street next to the courthouse for parking lots or possibly future parking structures. The county now owns three lots on these blocks.

“We are in conversations with other property owners” for more purchases on those blocks, Ferdinand said.

CALDWELL — County residents had a variety of questions about the county’s proposed master plan for expansion Tuesday, and many of them were ab…