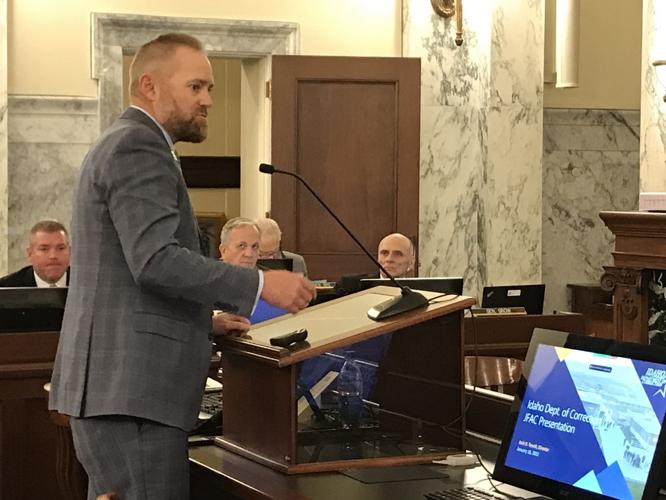 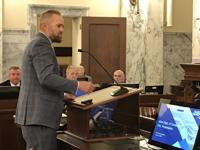 Josh Tewalt, director of the Idaho Department of Correction, makes his budget pitch to state lawmakers on the Joint Finance-Appropriations Committee on Tuesday. 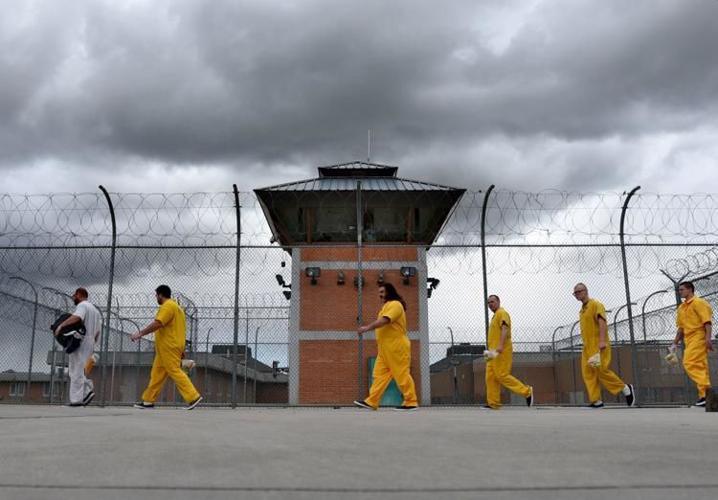 Inmates at the Idaho State Correctional Institution are shown in this file photo. 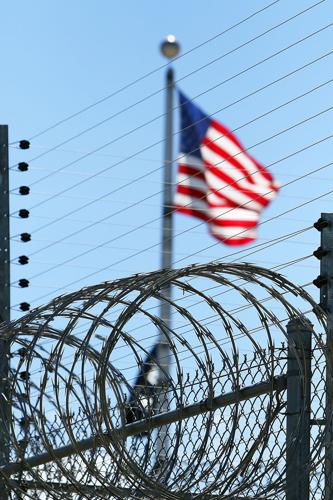 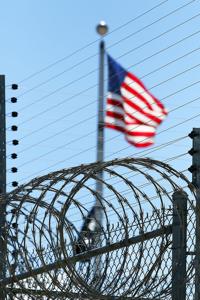 An American flag floats in a gentle breeze above the razor wire at the Idaho State Correctional Center in this July 2019 file photo.

Josh Tewalt, director of the Idaho Department of Correction, makes his budget pitch to state lawmakers on the Joint Finance-Appropriations Committee on Tuesday.

Inmates at the Idaho State Correctional Institution are shown in this file photo.

An American flag floats in a gentle breeze above the razor wire at the Idaho State Correctional Center in this July 2019 file photo.

“Our beds are significantly misaligned,” he told the Legislature’s Joint Finance-Appropriations Committee. “On any given day, I have over 1,000 men who are minimum custody who are being housed in a medium-custody bed. … Having people in beds above their needed security classification is problematic. Secondly, it’s more expensive.”

The nearly $160 million plan, endorsed by the state Board of Correction in July, would add more than 1,000 net beds to Idaho’s prison system. It would tap one-time state surplus funds and avoid bonding, saving tens of millions in interest costs, Tewalt said; and allow Idaho to bring the 475 inmates currently housed in out-of-state private prisons back to Idaho.

All told, the plan calls for the new women’s facility, which would come in addition to the existing women’s prison in Pocatello and cost $112.4 million; a new 280-bed, two-story unit at the Idaho State Correctional Institution to replace an existing medical unit and house aging and infirm inmates in 140 beds on its first floor in ADA-compliant housing, with another 140 beds for medium-custody general population inmate on the second floor, at $33.4 million; remodels of two aging and outdated housing units at ISCI, at a cost of $1.7 million; and construction of a new 100-bed community re-entry center in Pocatello, at $12 million.

Sen Jeff Agenbroad, R-Nampa, co-chair of the Joint Finance-Appropriations Committee, noted after Tewalt’s budget hearing Tuesday, “the number is significantly lower” than the $500 million new prison Idaho’s been talking about since 2018.

“The number is much more friendly than the numbers we were looking at,” Agenbroad said.

“It’s going to take a deeper dive from the committee,” he said. “At first blush, I think it makes sense to bring our prisoners back to Idaho where their support systems are, and significantly reduce recidivism.”

Idaho currently has a 330-bed women’s prison in Pocatello that includes medium and close-custody beds; that wouldn’t change. But most of the current female inmate population is actually housed in Boise, in lower-security units, nearly all of which were converted from minimum-custody male prison units.

“Every time we have added female capacity, we have not added new beds,” Tewalt told lawmakers. “We’ve repurposed minimum-custody male beds that were in our system.” Those changes have been happening since 2015, he said, and as a result, half of the minimum-custody Southern Idaho Correctional Center south of Boise is now devoted to female inmates. “We’ve done that at the expense of minimum-capacity male,” he said.

“There are a lot of reasons to do this,” Tewalt said of the construction plan, noting that recent 2020 statistics issued by the U.S. Bureau of Justice Statistics showed Idaho had the highest female incarceration rate in the country. Idaho’s rate is more than double the national average.

“I think we have a unique opportunity to acknowledge that females come to the correctional system from a different pathway than men do,” Tewalt said. “We have a high incidence of victimization in that population, high incidence of trauma. And we also have an obligation to acknowledge that they need different interventions than our male population.”

The new women’s facility south of Boise would also be designed to house a reception and diagnostic unit for all female inmates who enter the prison system; currently, the RDU for female inmates is in Pocatello, though the majority of the women are from the Treasure Valley and are incarcerated in the Treasure Valley. Locating the facility in the Boise area would save on transport costs back and forth between Boise and Pocatello, he said.

Tewalt said Idaho’s prison population reached a peak of 9,560 sentenced inmates under custody in March of 2020, and Idaho’s nine state prisons were operating at 103% of capacity with more than 1,000 state inmates backed up in county jails and 650 placed in out-of-state prisons.

“We certainly received a respite during the pandemic,” he said. “We saw our population decrease by more than a thousand people over the course of that time.” But it’s a temporary drop in a state with a fast-growing population, he warned. “We still have more people sentenced to the custody of the Department of Correction than we are able to house in our state-operated beds,” he said.

Gov. Brad Little is proposing the nearly $160 million in surplus funds as a supplemental appropriation for the current year, to allow construction on the new women’s facility to begin right away. He’s also proposing tapping $10 million in federal American Rescue Plan Act funds to replace sewage lagoons at the state prison complex south of Boise, to replace aging systems and allow for increased capacity.

Sen. Carl Crabtree, R-Grangeville, JFAC vice chair, said, “That’s a lot of money, but you have a big problem. … It’s been an ongoing problem. These out-of-state expenditures for beds are exorbitant, and they have been for a long time.”

Tewalt noted, “County jails represent a finite opportunity, and we have exceeded that opportunity on multiple occasions. I’ve had some sheriffs very politely ask if I would please remove some people from their county jails as expeditiously as possible.”

Plus, he noted that county jails were never designed to house inmates for the long term; that’s why those convicted of felonies facing a year or more in prison go to state prisons, where there are treatment and rehabilitation programs.

Tewalt said the Legislature has made significant investments in criminal justice in recent years focusing on programs in the community. Now, he said, “We’re asking for a significant capital investment.”

“The challenges that we have are unprecedented. So too is the opportunity,” Tewalt told JFAC. “Quite frankly, I know nobody wakes up saying, ‘I just can’t wait to build a prison today.’”

“We have a unique opportunity with one-time funds to do it in a way that benefits taxpayers,” he said, estimating that the state would save nearly $70 million in interest costs by paying cash rather than borrowing.

Overall, the proposed budget for IDOC next year shows just a 2.8% increase in state general funds, but that doesn’t count the capital costs, which are being requested in the state’s Permanent Building Fund budget; or the sewage lagoon replacement, which is being proposed for federal funding.

Staffing is among the biggest issues in the Corrections budget request for next year, as IDOC has been experiencing a staffing crisis that prompted pay increases and signing bonuses starting in late August for correctional officers. Tewalt said the major efforts, backed by the governor and lawmakers, resulted in 544 new applicants for prison jobs, but more than 100 didn’t meet qualifications, and another 200 didn’t follow through in their applications. “We have 98 of those who have been hired to date, and the remainder are continuing to work their way through the process,” he said. “So help is on the way.”

The proposed budget for next year includes $7.3 million to continue those raises and bonuses through the next fiscal year, and also to extend them to probation and parole officers. The plan also calls for addressing pay compression caused when starting wages are increased, by also rewarding veteran officers.

“It’s not just about getting new people in the front door,” Tewalt said. “If we are not also minding the back door … doing everything we can to hold on to the staff who have stuck with us … we’re never going to get ahead of this deal.”

The current state budget for the prison system is $283.1 million in state general funds; the request for next year, at $291 million, marks a $7.9 million increase.