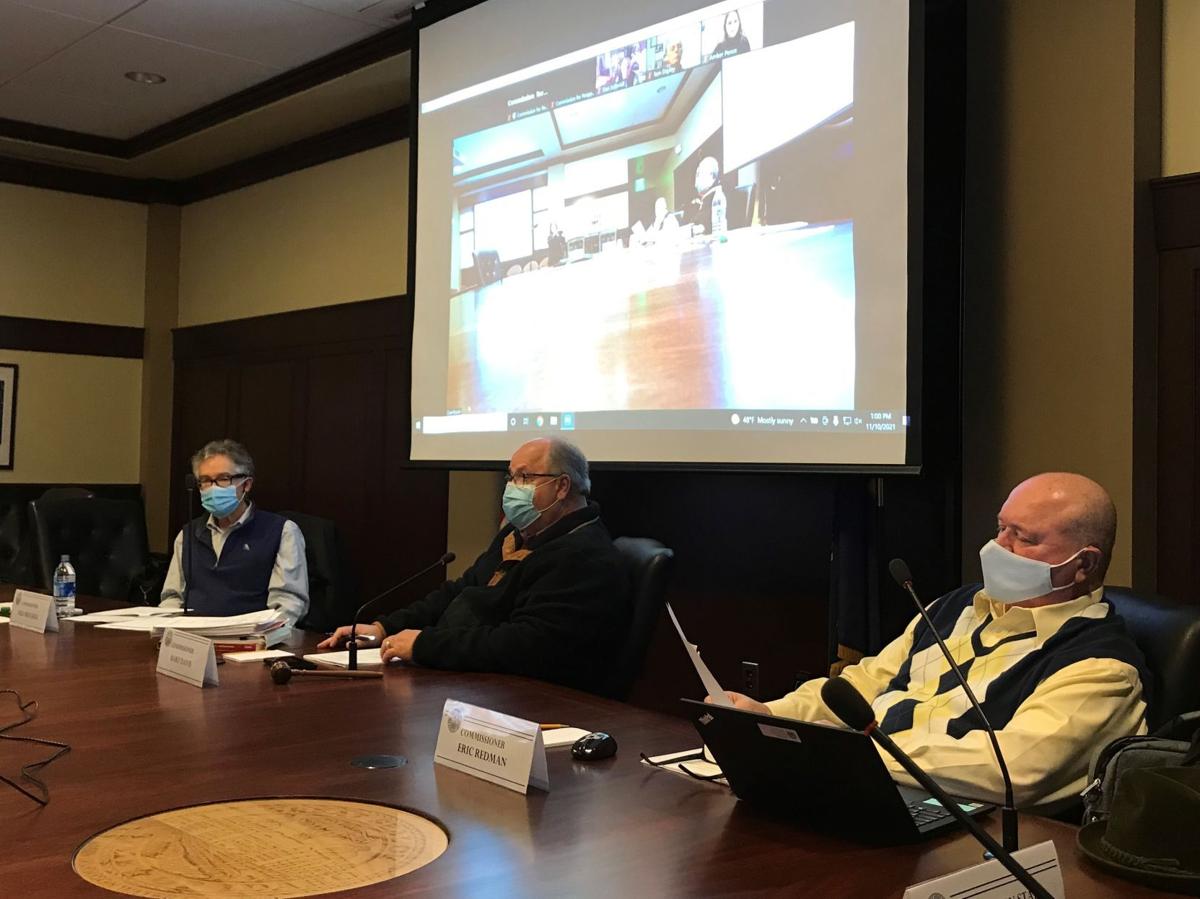 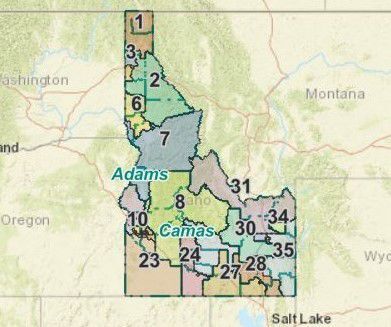 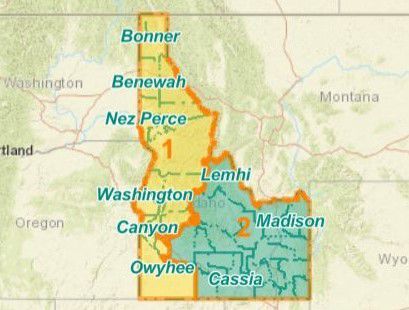 The new legislative district map in particular is drawing lots of scrutiny, as it reflects population shifts that have moved an array of incumbent lawmakers into the same districts. That means they’ll either have to face off in an election or retire. It also has significant changes from existing districts based on growth in the state over the past decade, creating more than a dozen legislative seats for which there would be no current incumbent.

“We have tried hard to be Idahoans in this process, not Republicans and Democrats,” said commission Co-Chair Bart Davis. “I believe that we have tried to be congruent with the intent behind the policy that Idahoans chose to have in the redistricting process.”

“Frustrated and disappointed, I guess, would be the two words that come to mind,” said Rep. Jason Monks, R-Meridian, who landed in the new District 22 along with three other GOP House incumbents, Reps. Steven Harris, R-Meridian; Greg Ferch, R-Boise; and John Vander Woude, R-Nampa.

Monks said he’d talked to all three, and it’s “way premature” to say who will run and who will bow out.

Vander Woude said if the current legislative redistricting plan stands, he expects to see about half of Idaho’s House seats turn over in the next election, between district changes and lawmakers who weren’t seeking re-election anyway. “We’ll see if this map holds up,” he said.

“I’m running for the House,” Moyle said. “If it stands, we’ll see how it works out. Man, I’m running, I’m running to win if it happens.”

The citizen redistricting commission voted unanimously Wednesday to adopt L-3, the new plan to divide Idaho into 35 legislative districts; and voted 4-2 in favor of a new congressional district, C-3, plan that runs the dividing line between Idaho’s two congressional districts through western Ada County. Those were the same votes the commission made a week earlier, with two Democratic commissioners dissenting on the congressional district plan; the votes were re-taken Wednesday as a precaution after a technical question was raised about last week’s meeting notice.

Commissioner Nels Mitchell, who along with Co-Chair Dan Schmidt voted against the congressional plan, told his fellow commissioners, “It’s really been a pleasure and an honor to have this opportunity to work with you, and I’m very proud of our work product and the work that we’ve accomplished over the last two months.”

Each of Idaho’s 35 legislative districts has one senator and two House members. Here’s the breakdown of the new districts and how current lawmakers fall among them:

DISTRICT 2: Rep. Heather Scott, R-Blanchard, with both the Senate seat and the other House seat open.

DISTRICT 4: Sen. Mary Souza, R-Coeur d’Alene, who is stepping down to run for Idaho Secretary of State; and Reps. Jim Addis and Paul Amador, both Coeur d’Alene Republicans.

DISTRICT 6: Sen. David Nelson, D-Moscow; and Reps. Brandon Mitchell, R-Lewiston; and Caroline Nilsson Troy, R-Genesee; along with Rep. Lori McCann, R-Lewiston, though there is some question as to whether her residency in this district is accurately reflected.

DISTRICT 7: Two senators, Sens. Carl Crabtree, R-Grangeville, and Dan Johnson, R-Lewiston, though Johnson was just elected mayor of Lewiston and likely will step down after his current term; Reps. Mike Kingsley, R-Lewiston; and Charlie Shepherd, R-Riggins. Rep. Priscilla Giddings, R-White Bird, also lands in this district, but she’s running for lieutenant governor next year rather than seeking re-election to the House.

DISTRICT 12: No senator, and just one House incumbent, Rep. Ben Adams, R-Nampa, who announced over the weekend that he plans to run for the district’s Senate seat.

DISTRICT 18: Sen. Janie Ward-Engelking, D-Boise; and according to the most recent voter roll records, three representatives, Boise Democrats Ilana Rubel, Brooke Green and Sue Chew. But Chew said she just moved and now is on the Bench and in District 17; she notified the Secretary of State’s office late Friday afternoon.

To find out which new legislative district you’ll be in, go to redistricting.idaho.gov and click on “Adopted Plans.” There, you can use the “map viewer” tool to enter your address and see which legislative and congressional districts you fall into under the new plans.

This article has been updated to correct names in Districts 13, 18, and 23.