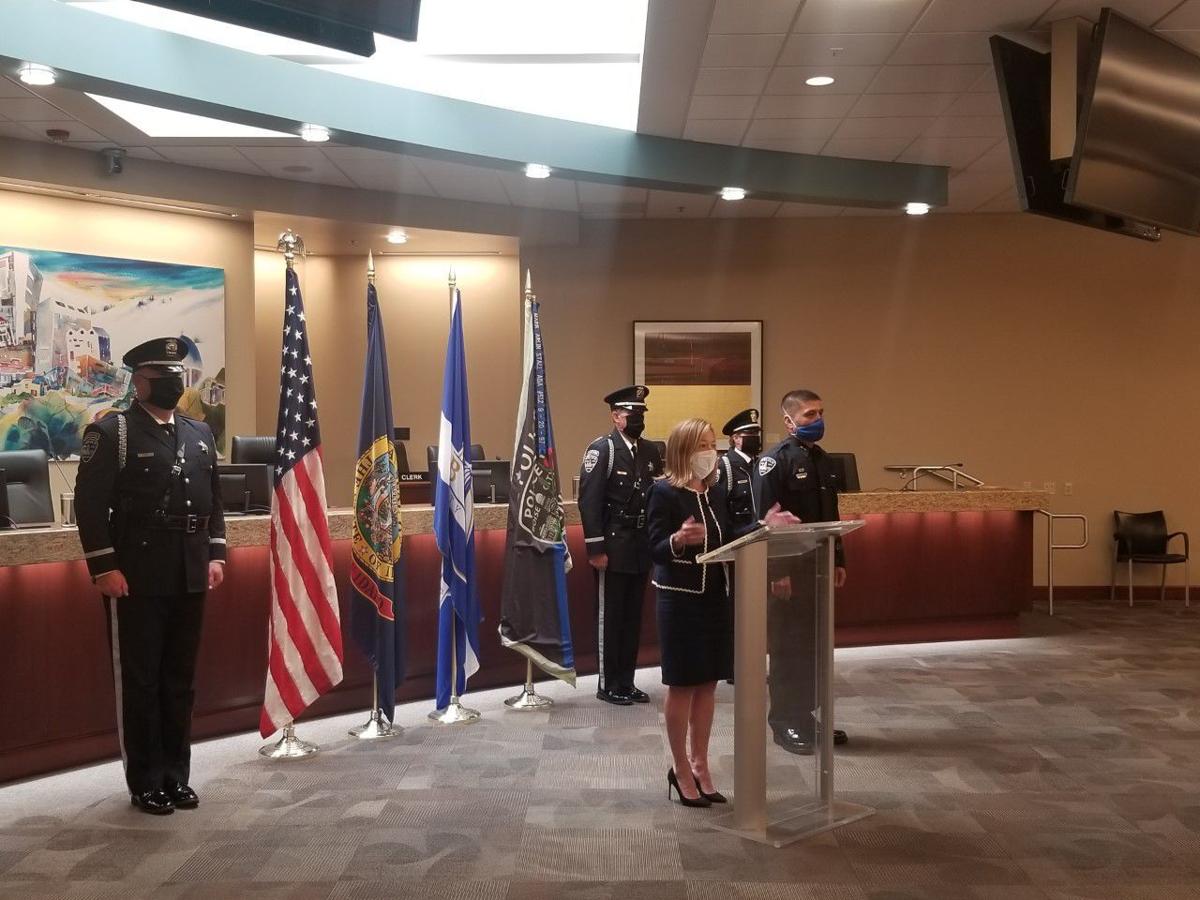 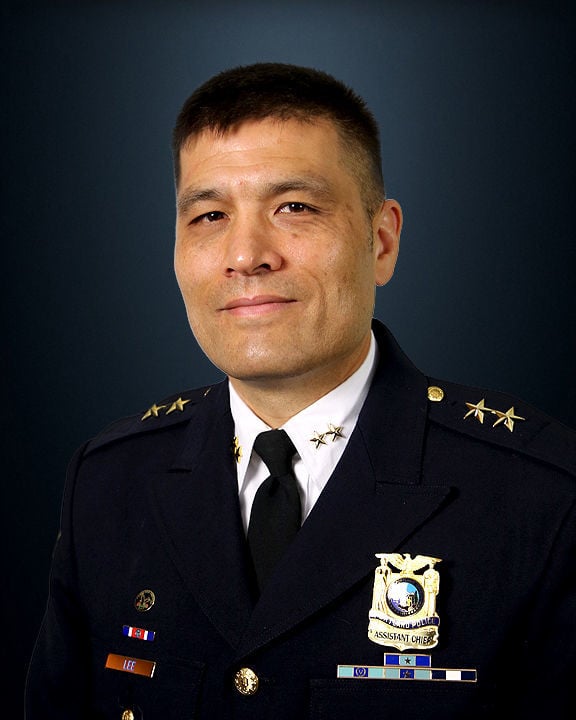 BOISE — Less than 24 hours after fights broke out and protesters criticized his hiring on the steps of Boise City Hall, the city’s police chief took his oath of office on the building’s third floor.

Ryan Lee, formerly an assistant chief of the Portland Police Bureau, is now officially serving as Boise’s police chief. The start of his tenure comes about eight months after the city’s former police chief, Bill Bones, retired in October.

It also comes as the country is in the midst of a conversation about policing practices and racial injustice, in the wake of the death of George Floyd, a black man who died after a Minneapolis police officer knelt on his neck for almost 9 minutes.

In her opening remarks to the swearing-in ceremony, Boise Mayor Lauren McLean acknowledged the larger dialogue occurring across the country.

“This is a pivotal time to be swearing in a police chief,” McLean said.

She added she believes Lee is the correct choice for police chief at this moment in the city’s history.

Protests have rocked cities across the country for the past month, and some of them have turned violent. Boise’s protests were peaceful until Tuesday night, when the Boise Police Department acknowledged via Twitter that officers broke up “several fights” between protesters and counterprotesters. While officers did not make any arrests, the department in subsequent tweets said it is following up on reports of violence.

Media members were initially told Lee would not take questions after the ceremony, but he chose to after he’d been sworn in. He said he would be reviewing Tuesday night’s events and looking for any ways to potentially improve the department’s response. He called the physical violence at the protests “reprehensible.”

“I will tell you that I’m a firm advocate of free speech and people being willing to speak their mind without fear,” he said.

Lee spoke during the ceremony and afterward about Boise’s welcoming atmosphere. It was one of the reasons he took the job as police chief, he said. Thus the violence at the protests Tuesday night was, he said, a little surprising to see in Boise.

During the protest, Black Lives Matter speakers criticized the city’s decision to hire Lee, due to the crowd-control approach he took when handling protests in 2017 and 2018 in the Portland Police Bureau. Critics of his tactics claimed the police department was too friendly with white supremacists.

Lee spent 20 years working for the Portland Police Bureau and worked his way up through the ranks there. Early on in his career, in 2002, he acted as a whistleblower, outing a case of police violence. He holds a bachelor’s degree from California State University and a master’s degree from Boston University, both in criminal justice.

BOISE — Roughly 1,000 people attended two separate protests Tuesday night on the steps of Boise City Hall, with one group calling for the defu…