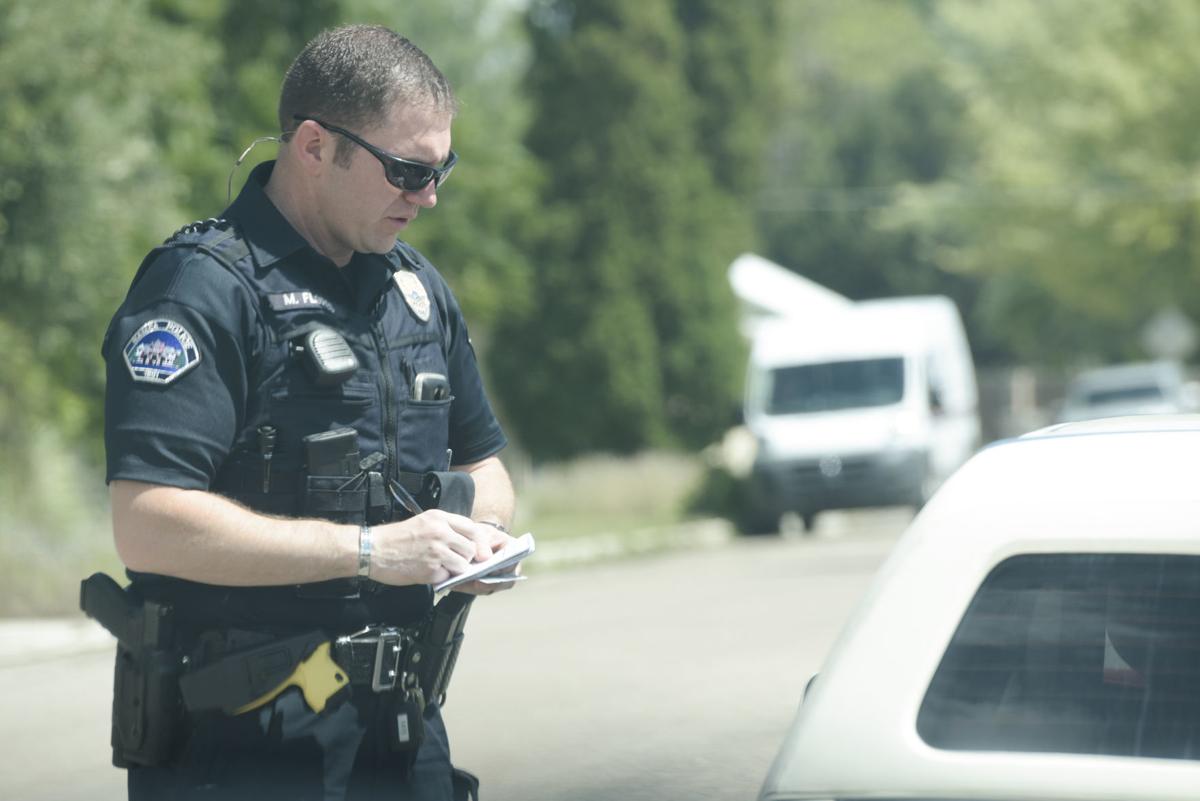 NAMPA — In its first quarter of a different approach to policing, the Nampa Police Department has already seen a decrease in crime.

CompStat is a tool that helps sort real-time data to spot crime patterns, trends or problems, which police departments then work to fix.

Prior to launching CompStat, Nampa officers spent 84% of their time reacting to calls. That reactive time has since dropped to 56%, according to Nampa Police analyst Kenneth Keene.

The Nampa Police Department learned about the program in the spring of 2018 and launched it in June of this year, the first Treasure Valley police department to do so. Nampa officers visited the Coeur d’Alene and Salt Lake City police departments, which also use CompStat, to learn how to reach their goals using the system.

“Of all the years I’ve been here, I think this is probably one of the most successful programs we’ve implemented, and it’s because everybody’s working together,” Huff told the Idaho Press.

The department has always had data on crime statistics. Previously, investigators could see, for example, that crashes were increasing in an area, but there was not a way to know why. CompStat allows analysts to break down the time, area, and reason for crimes, and to target specific crimes or areas.

The department can use CompStat to create projects, which allows patrol officers to focus on certain crimes while patrolling. When officers are not responding to calls and have time to be proactive, they know where to put their focus. The department meets monthly to address strategies, results and effectiveness.

Prior to launching the program, the department was already seeing a 25% decrease in crime offenses, Keene said. That could partly be due to the fact that officers were educated on the program and looking for ways to use it prior to the launch, Huff said. The implementation of the program has, in the first quarter, continued to decrease crime by 5%, Keene said.

In one example, last year the Nampa Police Department responded to 82 calls at one Nampa residence. After implementing CompStat, officers spent three weeks targeting the house and instead made 79 proactive approaches on the house. The people have since moved on. The property, which was described as an eyesore, has been cleared up.

“A house got revitalized,” Keene said. “You just gave a neighborhood back to neighbors.”

The department has focused projects on traffic, thefts at stores or vehicles and problem houses like drug or gang houses, to name a few. Since the beginning of the year there have been 576 fewer victims of what are called part 1 crimes, such as assaults or burglaries, according to a press release from the police department.

Being able to see the effects in real life and backed up by data has really boosted morale in the department, he said.

“It’s really become an opportunity to give officers an opportunity to see the results and know they made a difference in these people’s lives. For me, that’s the most exciting part of this whole thing,” Keene said.

The program was created in New York more than 20 years ago and is used at major police departments nationwide. In those 20 years, New York City saw a 75% decrease in crime. Some former NYPD officers, however, have criticized the CompStat programming, according to a column from USA Today, saying it incentivizes officers to make more arrests in order to meet quotas and avoid embarrassment when their numbers are reviewed in department meetings. The Gimlet Media podcast, “Reply All,” aired a two-part series on CompStat in October, which explored possible abuses of the tool, such as officers feeling pressure to arrest people for small crimes.

Nampa uses the tool with its own culture and goals in mind, department officials said. Keene encouraged other departments look into the program — which costs nothing to implement — and see how it might work with the department’s culture.

The other portion that has made implementing the program successful in Nampa so far is a supportive city council and mayor, Huff said.

“You have to have a council and mayor that supports you to do different things, not just traditional policing,” he said. “And clearly we’ve got that.”

NAMPA — In the year since Nampa police adopted a more proactive approach to policing, the department saw a significant decrease in property an…