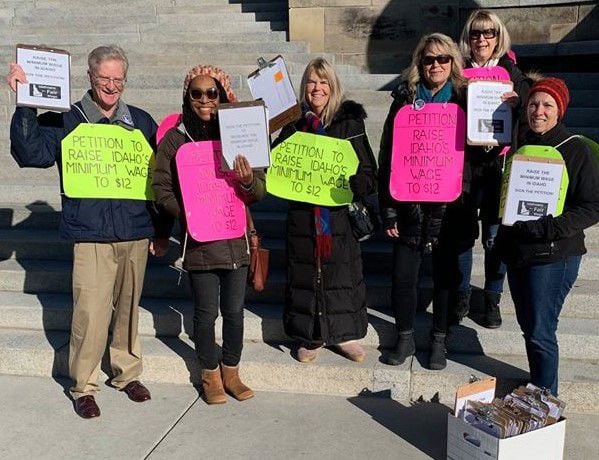 Volunteers with Idahoans for a Fair Wage gather at the state Capitol on Dec. 16 to celebrate topping 20,000 signatures for their initiative to raise Idaho’s minimum wage. 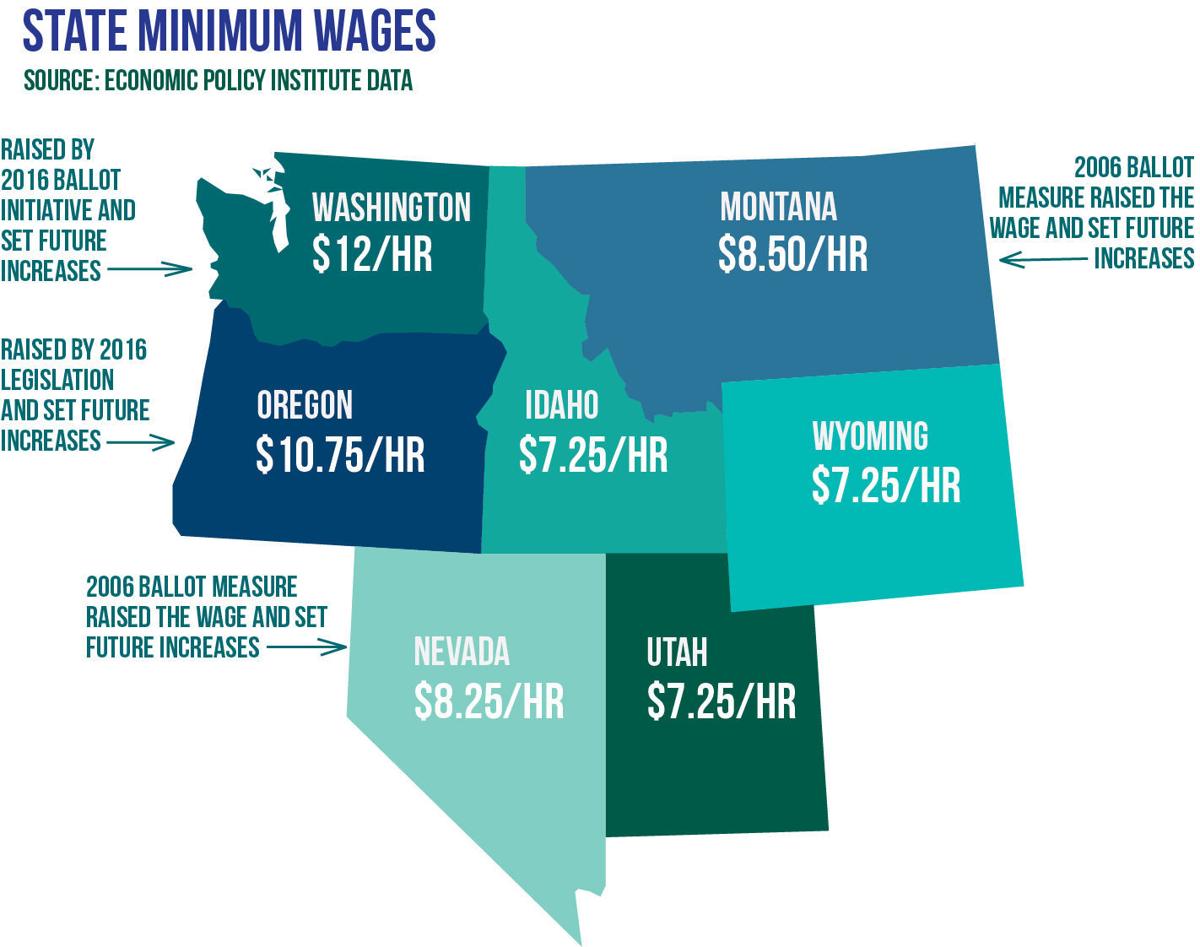 A map of Idaho and surrounding states’ minimum wages.

Volunteers with Idahoans for a Fair Wage gather at the state Capitol on Dec. 16 to celebrate topping 20,000 signatures for their initiative to raise Idaho’s minimum wage.

A map of Idaho and surrounding states’ minimum wages.

“One-fourth of the way there — great job everyone, and keep it up!” organizer Rod Couch of Idahoans for a Fair Wage announced on Facebook last week.

The 55,057 figure is 6% of those who were registered to vote in the November 2018 election. In addition, the total would need to include 6% of registered voters in each of at least 18 of Idaho’s 35 legislative districts.

Couch said he has more than 200 volunteers around the state collecting signatures. They’ve been out collecting at events and locations ranging from parades and holiday festivals to libraries, coffee shops and neighborhoods.

Increases after that would be tied to the Consumer Price Index. The initiative also would eliminate the current “training wage” that allows people under age 20 to be paid $4.25 an hour for their first 90 days on the job.

Idaho’s minimum wage of $7.25 an hour is equal to that of 20 other states but just two of its neighbors, Utah and Wyoming. Nevada, Montana, Oregon and Washington all have higher minimum wages, with Washington the highest at $12 an hour.

Organizers of the Idaho initiative said they turned to the citizen initiative process because state lawmakers haven’t acted on the matter in a decade.

In 2016, Idaho passed legislation forbidding local cities or counties from raising their minimum wages above the state level. The bill passed the House 55-14 and the Senate 27-8, and then-Gov. C.L. “Butch” Otter allowed the bill to become law without his signature.

“I am philosophically torn by this legislation,” Otter wrote in a formal message to the House about the bill. “I personally oppose the minimum wage. However, I support the right and ability of local citizens — as well as employers and employees — to act in their own best interest on such vital economic issues.”

While Idaho hasn’t changed its minimum wage in a decade, 26 states around the country have increased theirs in the last five years — 17 by legislation and nine by voter initiative. Many states where that happened by ballot measure were red states with GOP-dominated legislatures, including Missouri and Arkansas in 2018. In 2016, Arizona and Maine voters both backed President Trump and passed minimum wage increases in the same November election.

Polls have consistently shown around 70% support for minimum wage increases in Idaho, similar to polls in other states.

Idaho is a low-wage state overall. The state’s average weekly wage in 2018 was lower than all other states except for Mississippi and the territory of Puerto Rico, according to the U.S. Bureau of Labor Statistics.