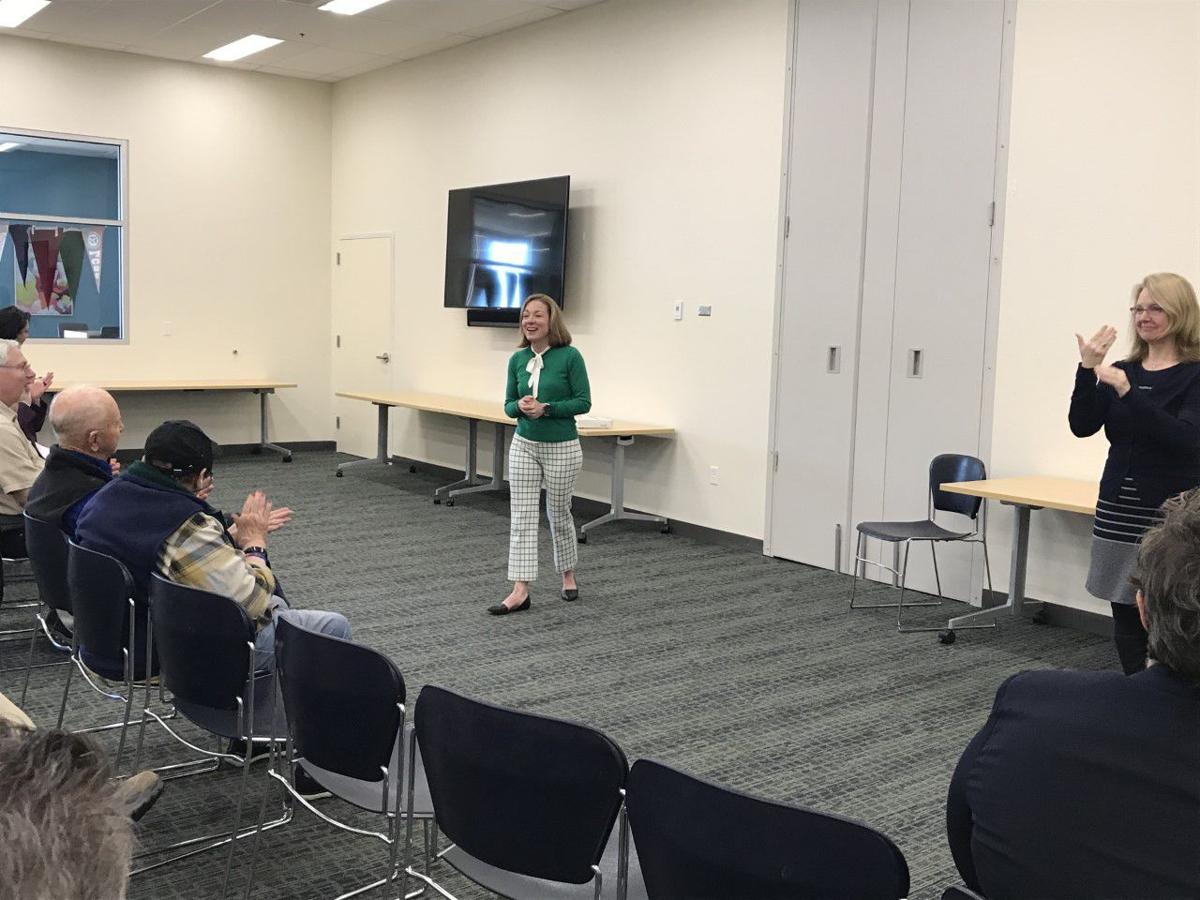 Boise Mayor Lauren McLean engages with residents at her first listening tour after being elected mayor on March 11, 2020.

Boise Mayor Lauren McLean engages with residents at her first listening tour after being elected mayor on March 11, 2020.

The hourlong session at the Hillcrest Branch Library mirrored McLean's popular listening sessions throughout the mayoral campaign, which touched on affordable housing, traffic congestion, rising property taxes and other topics

McLean called on residents one by one while echoes of agreement and frustration popped up in the crowd on a range of issues.

McLean said she has not lost focus on housing affordability, and is working with city staff to come up with new policies. Ideas include:

“There are so many of you that need (affordable housing) and it will be hard to catch up suddenly," McLean said, "but it’s important to me that we do it incrementally and also make sure we have larger projects with tax credits at the same time that can address this."

Susan Roe, a Boise Bench resident, chimed in with concerns about how the city should tighten spending to help out residents.

“I don’t think any of us object to paying our share, but … I’m eager to hear those things that you're doing to tighten the fiscal belt, because we’re all having to tighten ours as our property tax payments creep closer to our mortgage payments,” Roe said.

In response, McLean said when she first took office, the city’s budget director came up with several million dollars in savings, and more is possible.

She also told residents the city is going through a new budget process, where residents weigh in on their priorities. The city is creating more ways for residents to give feedback on the proposed budget, and Boise City Council will weigh a series of options for tax increases.

Urban renewal was also a concern for attendees Wednesday. This economic development tool, managed by Capital City Development Corporation, designates districts and takes any increases in tax revenue for a 20-year period and redirects it to infrastructure in that district. One attendee said these districts “siphon” tax dollars away from schools and the Ada County Highway District; McLean doesn’t see it that way.

She said urban renewal is an important tool to invest in neighborhoods, especially as the city looks to establish districts outside of downtown along State Street and on the Bench. However, McLean said she is not sure starting an urban renewal district on the Bench is the appropriate step in the next year or two.

“We might not be ready for it, because once you start (a district) you have 20 years. So we need to start when the projects that would generate that money are closer to being ready to go,” she said. “I want to make sure we’re ready and engage the neighbors to make sure we’re strategic with our resources.”

Although no one asked about the ongoing COVID-19 pandemic, McLean closed the event by encouraging residents to not let the stress of the virus erode the bonds of the community.

“This is going to get tough, but this is on each of us to remember what is so special about Boise and to know we’re doing everything we can to address community needs,” she said. “I’m going to urge each of you not let this influence the way we interact with each other and stay connected to the community we all love.”

"I’m eager to hear those things that you're doing to tighten the fiscal belt, because we’re all having to tighten ours as our property tax payments creep closer to our mortgage payments."