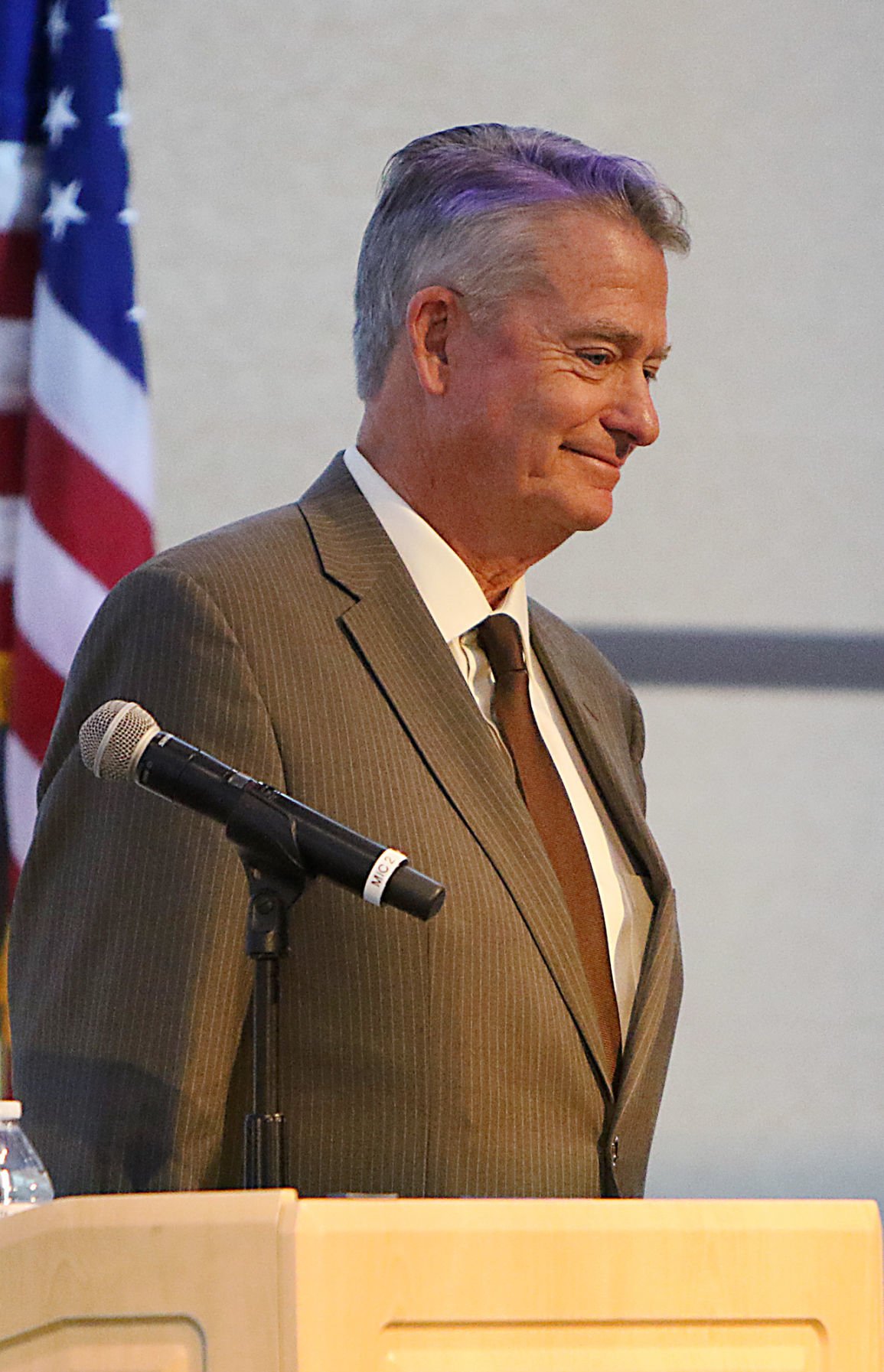 Idaho Gov. Brad Little, shown on July 31, 2019, after delivering an address to the business community at JUMP in downtown Boise. 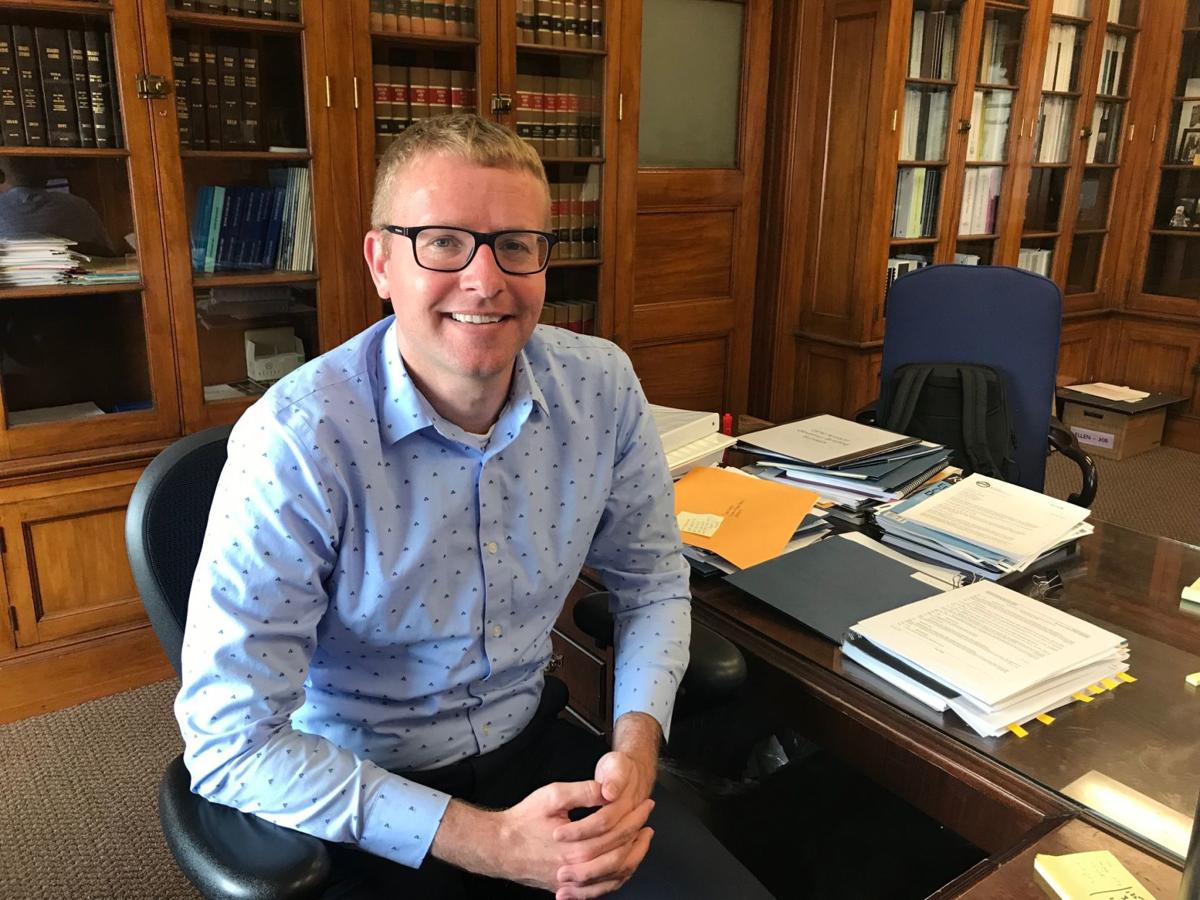 Alex Adams, Gov. Brad Little’s budget chief and head of administrative rules, at his office near the state Capitol on Wednesday, June 12, 2019. 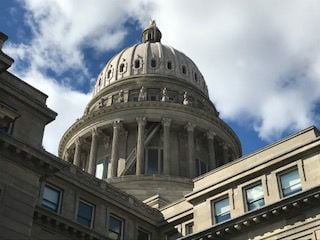 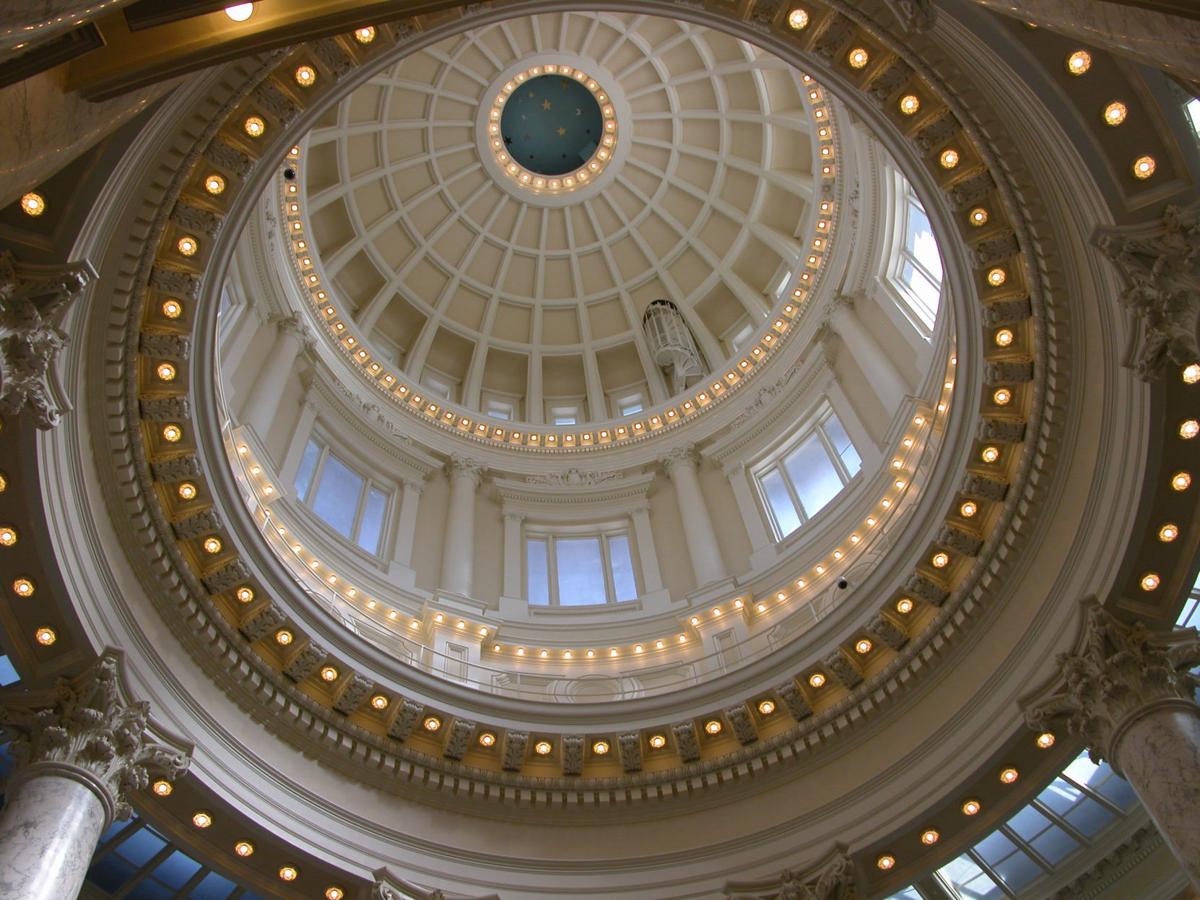 Idaho Gov. Brad Little, shown on July 31, 2019, after delivering an address to the business community at JUMP in downtown Boise.

Alex Adams, Gov. Brad Little’s budget chief and head of administrative rules, at his office near the state Capitol on Wednesday, June 12, 2019.

BOISE — Gov. Brad Little is asking state agencies to reduce their budgets, with the exception of K-12 public schools.

In an Oct. 29 memo to state agencies, Little asked directors to pare 1% out of their current year’s budgets and identify another 2% base reduction from their budgets for the coming year.

“This would not apply to anything in the public school budget,” Alex Adams, Little’s budget chief, told the Idaho Press.

Instead, Little is pledging to propose continued investments into public schools next year. Earlier this week, his education task force endorsed five recommendations for improving Idaho’s schools over the next five years that range from funding all-day kindergarten to raising pay for veteran teachers.

“Gov. Little’s No. 1 priority is education,” the governor’s chief of staff, Zach Hauge, wrote in the memo to state agency heads. “He has said it is our moral and constitutional obligation to ensure Idaho students are prepared for a lifetime of learning and eventual careers. Gov. Little’s executive budget recommendation not only leaves K-12 schools harmless, but is guaranteed to include continued investments.”

The governor’s latest guidance to state agencies doesn’t go so far as to impose a holdback, or a mid-year cut, in the state budget. The rescission and base reduction, Adams said, are instead part of a “spending reset.”

“This is not a holdback, when revenue is not sufficient to meet your spending for the year,” Adams said. “That’s simply not the case in Idaho.”

That’s because, even though state-tax revenues for the year to date are running substantially lower than anticipated, the governor and Legislature budgeted to spend $174 million less this year than the state expected to take in — thus leaving a big cushion.

That cushion has shrunk, but still comes to a projected $76 million if current trends hold. And that’s not counting the state’s nearly $500 million in rainy-day funds, including the Budget Stabilization Fund, which has reached its statutory cap of 10% of the state budget.

The state continues to grow, Adams said, but state economists see the rate of growth slowing over the next few years. This year, Idaho’s state general fund revenue is growing by 5.2%, he said, which puts it among the top 10 states in the nation for growth. State economists are forecasting 4.7% growth next year and 4.5% the year after.

“We have a belief that spending has grown faster than we can keep up with,” Adams said. “The economists still think that we’ve got several years of growth ahead of us. … It’s just slower than what it’s been in previous years.”

He said the increasing cost of maintaining state services at current levels is on a “collision course” with the anticipated slower rates of increase in revenue growth. “We’re trying to get in front of that so that we don’t have to make some of the painful decisions” that the state faced in the past, when it made deep, mid-year cuts in the state budget.

“We’ve got the rest of the year to have a miracle happen, but at least to this juncture, we’re wanting to be cautious, which I think is very appropriate,” he said.

“I think it’s a good move, considering the way things have changed since we left town last April,” he said.

“We have a duty to prudently manage the people’s money,” Hauge wrote in the memo to state agencies. “The time to prepare for the inevitable economic slowdown is now — when times are good.”

“Considering the uncertain economic forecast, Gov. Little is calling for a ‘spending reset’ as part of his FY 2020-2021 executive budget recommendation,” the memo reads. “The goal is to better align state spending growth with anticipated state revenue growth in the coming years, to ensure the state fulfills its constitutional requirement for a balanced budget.”

The stage was set for state agencies to come up with plans for the 1% rescission when an earlier, Sept. 9 memo from Hauge to state agency heads asked them all, except for K-12 public schools, to develop plans to hold 5% of their current year’s budget as a “contingency” in case state tax revenues failed to come in on target.

“From top to bottom, our directors put together pretty credible plans that minimized the impact,” Adams said. “We felt pretty confident that this spending reset was possible.”

Agencies have until Nov. 11 to notify the administration of how they’ll make the 1% cut to the 2020 budget. Adams said agency heads were clear that the earlier they got the news, the better they’d be able to accomplish the cuts.

The 2% base reduction for next year would come off the agency’s base funding, which is basically the amount it’s allocated now from the state general fund, less any one-time funds. That’s before the agency’s maintenance-of-current-operations budget is calculated, which includes increases required by law, such as per-inmate amounts required to be funded at state prisons.

The governor’s memo also tells agency heads he’ll work with the Legislature to grant as much flexibility to agency heads as possible as they make the cuts, including allowing transfers between items within their budgets. Adams said Little has faith in his agency heads to find the best approach.