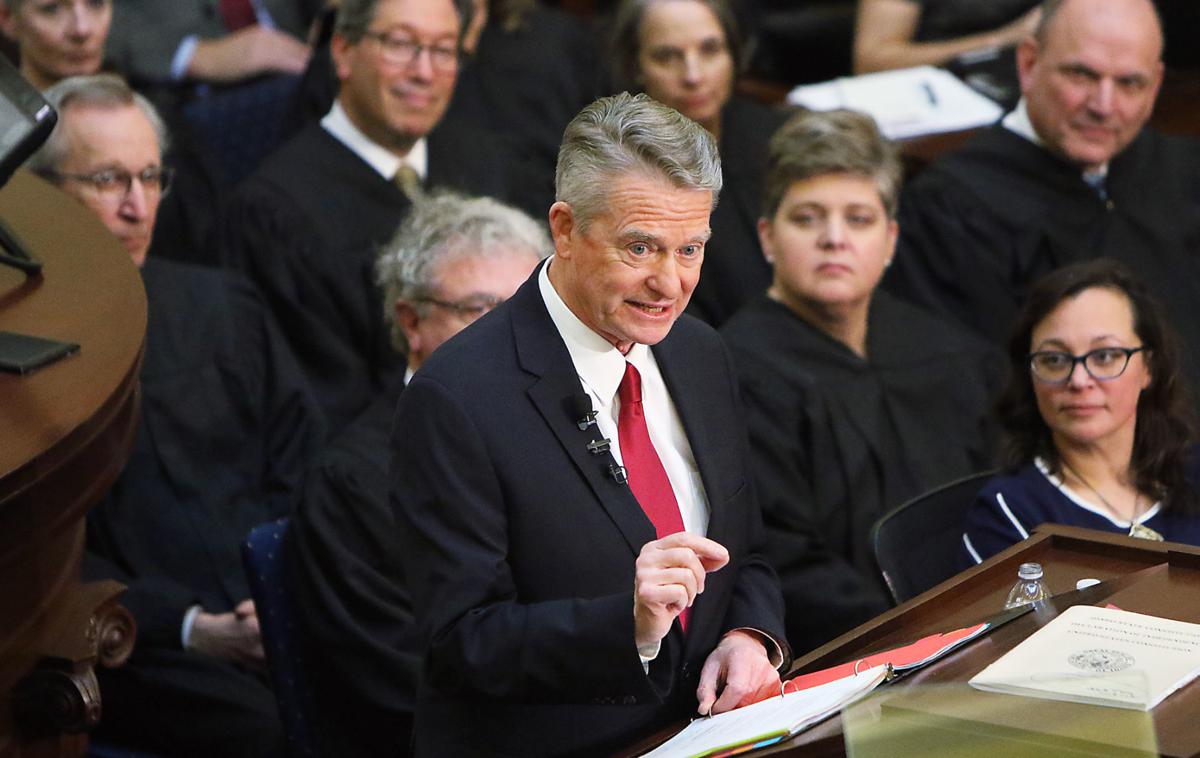 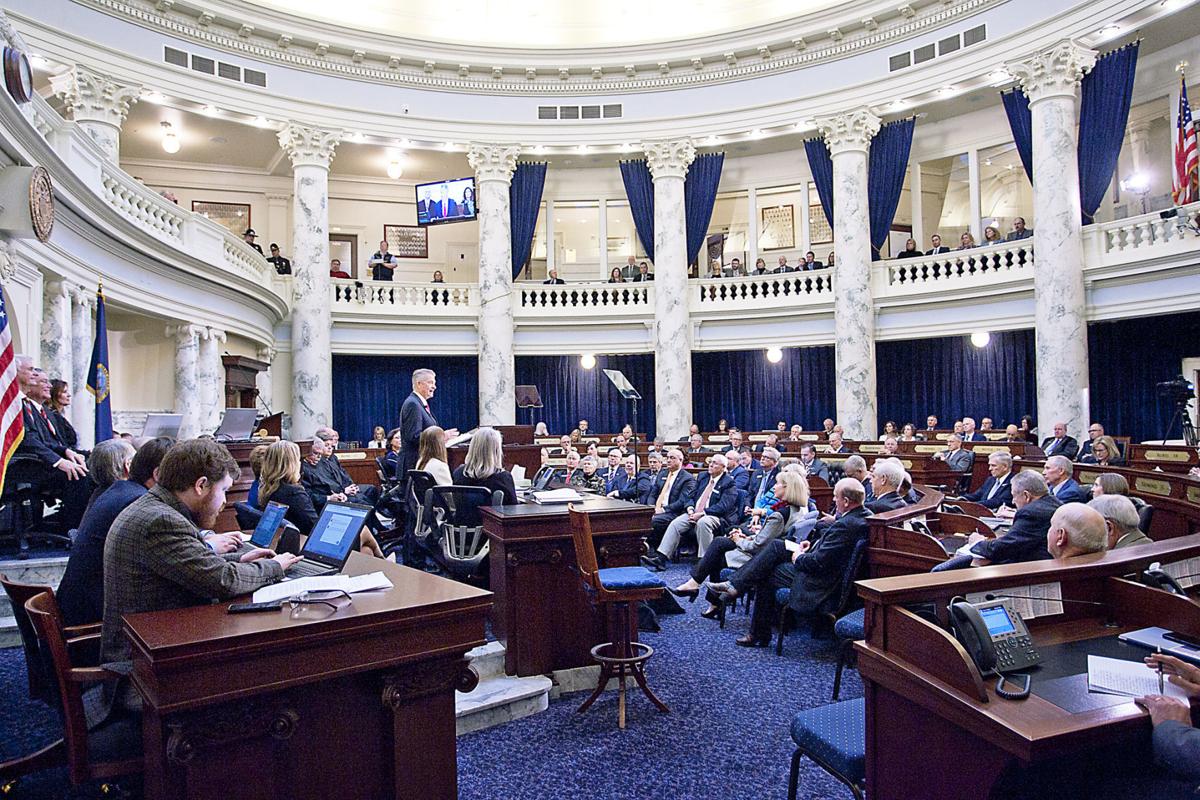 This is the first of a two-part series.BOISE — Idaho Gov. Brad Little on Tuesday strongly defended his signing into law of the nation’s most sweeping anti-transgender legislation, calling it the “right thing” to do.

“I think Idahoans should do the right thing,” said Little, a first-term Republican, in an interview by telephone from his office in the state Capitol. “I think we have.”

The move was particularly surprising, because when Little was asked about the anti-transgender bills by reporters during the legislative session in February, he said, “I’m not a big discrimination guy. … Obviously, we have to comply with constitutional challenges.”

Idaho is under a federal court order after losing a lawsuit in 2018 over the birth certificate gender marker issue; the state was specifically ordered to allow the gender marker changes, after the court found that not allowing the changes violated the Equal Protection Clause of the 14th Amendment to the U.S. Constitution. At the time, Idaho was one of just two states that wasn’t allowing transgender individuals to change their birth certificates to match their gender identities; it’s the first to enact that prohibition via statute.

An Idaho Attorney General’s opinion on HB 509 concluded that the state was “unlikely to prevail” if it went to court to defend the new statute, and that “litigation of this nature is likely to be extremely expensive for the state,” with an award to cover the other side’s attorney fees alone likely to exceed $1 million.

“To me, from the very advent of the discussion,” Little told the Idaho Press on Tuesday, “It was like, doesn’t that make common sense, and reasonable, that one’s birth certificate reflects what one’s sex is at birth, just from that premise?”

“The court case was about rules that were promulgated by the Department of Health & Welfare,” Little said. “In my view of it, it should be, the court case should be decided on statute instead of on rule.”

He noted that the department tried to pass a new rule last year, this time requiring minors to get a doctor’s certification to change their birth certificate gender marker, but then that rule was withdrawn.

“I think I accurately predicted what the Legislature was going to do,” he said.

Asked about testimony to the Legislature this year that individuals who have transitioned from their original birth gender to another face harassment and even violence when they can’t get official identity documents that match the face they present to the world, Little said, “First off, they shouldn’t be attacked. They shouldn’t be. But I question whether the demented people that are attacking those people are doing it predicated on a piece of paper that’s filed away somewhere.”

“It just seems reasonable and common sense to me that a birth certificate reflects one’s sex at birth,” he said.

Little said transgender individuals “absolutely” should be allowed to live in Idaho, and shouldn’t have to disguise themselves. “I think Idaho is a welcoming state to everyone,” he said. “People shouldn’t be discriminated against for whatever they do.”

Opponents of the bill — and some of the bill’s supporters — raised concerns during the legislative session that officials of the state Department of Health & Welfare could be held in contempt of court and even imprisoned if they try to enforce the new law. Asked about that, Little said, “I don’t believe that’s the case.”

Little said he didn’t read the entire Idaho Attorney General’s opinion on the bill, but said, “I read part of it.”

On HB 500, the school sports bill, he said, “I think that the issue is the girl’s right to participate without having to be concerned about who they’re competing with. And that’s why I signed the bill.”

Backers of the bill said it would protect young female school athletes from having to compete against “biological males” on the playing field. They cited a Connecticut case involving a transgender female athlete, though no such cases have arisen in Idaho.

HB 500 allows any Idaho female school sports player’s gender to be challenged, and if challenged, she must undergo a medical exam to prove she’s a girl. Little said he thought the bill’s provision allowing the state Board of Education to promulgate rules for how it would protect against young women being put through humiliating challenges of their girlhood at the behest of a rival or bully. “I don’t believe that’s the intent,” he said.

Parents, young women who play school sports, faith leaders, medical professionals and many others strenuously opposed the bill; like HB 509, it also was opposed by the state’s largest employers, including Chobani, Clif Bar, HP and Micron. The governor said he was “keenly aware” of the voices raised against the two bills.

“I’m always sympathetic to any kind of employer’s concern,” Little said. But he said he made his decisions based on “common sense” and “the issue of protecting a girl’s right to participate in athletics.”

Asked about HB 500’s bar to transgender girls participating on girls teams, he said, “There’s co-ed sports in both high school and college.”

HB 500 also was the subject of an analysis by the office of Attorney General Lawrence Wasden that found “concerns about the defensibility of the proposed legislation.” The analysis proposed changes, including possibly requiring all school athletes — not just transgender females — to undergo an exam and prove their gender in order to play sports. But the sponsors didn’t adopt those suggestions.

“Courts have found that governmental actions distinguishing between transgender and non-transgender individuals is a type of sex-based discrimination,” said the analysis by Deputy Attorney General Brian Kane. “Requiring gender identification for some, but not all, is constitutionally problematic.”

Sen. Mary Souza, R-Coeur d’Alene, HB 500’s Senate sponsor, told the Senate that the sponsors were working with “a third-party group … on this bill and it will be responsible for any legal defense fees.” She later said it was the Arizona-based Alliance Defending Freedom, which has proposed similar legislation in several states.

Little said he wasn’t counting on that, and wasn’t familiar with the group. “Groups can agree to do things, and I can just deal with the things that are handed to me,” he said. “But my decision wasn’t predicated on that.”

Asked if he knows any transgender Idahoans, Little said there’s one he’s known for some 30 years, but he didn’t consult with her about the legislation; nor did he talk with any Idahoans young enough to play school sports. “I was kinda busy during the Legislature, trying to get my budgetary issues and my education issues over the finish line,” he said.

This is the first of a two-part series based on an Idaho Press interview with Gov. Brad Little about legislation that did or didn’t pass this year; it’s a topic he normally addresses at the close of the legislative session, but this year, the governor was busy with the state’s coronavirus response. The next installment will examine other issues, from education to hemp to abortion.

In a 75-day legislative session that was dominated by bitter debate over social issues and failure to agree on major challenges, from property tax relief to regulating hemp, Gov. Brad Little sees some significant advances for the state. “Overall, I was very pleased,” Little said in an interview with the Idaho Press, taking a brief break from his current “COVID-19 all day every day” schedule. He cited enactment of his initiatives on education, including adding an advanced rung to the teacher career ladder; approval of his corrections initiative to provide more services aimed at preventing reoffense by parolees; and limiting overall spending while beefing up the state’s rainy-day funds...