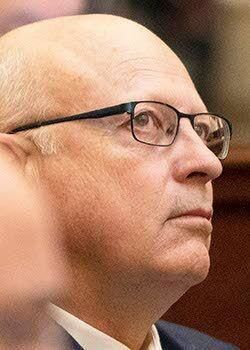 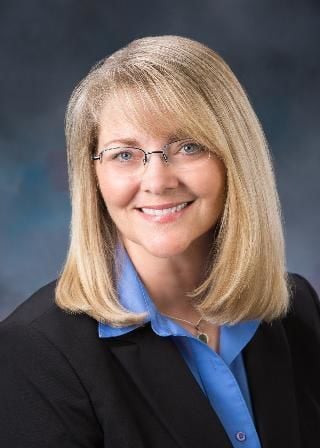 Idaho lawmakers are reviewing contracting procedures at the state Department of Education, after concerns were raised regarding the number of sole source or no-bid contracts being awarded.

Information obtained through a public records request indicates the agency spent nearly $30 million on single-source contracts over the past two years.

That represents about 40% of its total spending in fiscal 2019 and ’20 combined, and runs counter to competitive bid requirements that apply to most executive branch offices.

When lawmakers on the joint budget committee first heard about the practice, they were concerned enough to add language to the department’s 2021 budget, asking it to report on all contracts greater than $25,000. They also want an explanation for why any sole source or no-bid contracts would be approved.

Education officials say the report will be delivered in January.

He said the department’s reliance on no-bid contracts doesn’t violate any state laws. Although executive branch agencies typically have to obtain multiple bids for major purchases, those statutes don’t apply to the legislative or judicial branches — or to state constitutional officers, such as Superintendent of Public Instruction Sherri Ybarra.

However, Crabtree noted that the whole point of competitive bidding is to ensure that taxpayers get the best possible deal.

“That seems like a reasonable way to do business in government,” he said. “Just asking (a vendor) what they charge and writing a check doesn’t seem appropriate.”

In response to a records request from the Lewiston Tribune, the Department of Education identified 87 sole source contracts issued between January 2019 and June 2020. The total dollar amount involved was $29.7 million, which included a mix of state and federal funding.

The contracts cover everything from software programs for student assessment and data analysis to teacher training, technical support services and college admissions testing.

Communications Director Karlynn Laraway said some of the contracts were initially awarded as part of a competitive bid process, but subsequently were renewed to maintain continuity with the same vendor. The idea was to avoid a revolving door of new software programs or educational assessments, simply to chase the lowest bid every time a contract expired.

“We might save the department a few hundred thousand dollars (by going out to bid), but the costs to the districts would be higher,” she said. “Any time you change education platforms, it can be disruptive to schools and students.”

Similarly, Laraway noted that some no-bid contracts are effectively mandated once the state chooses a particular assessment tool.

For example, the department spent $645,000 on a contract with the University of Wisconsin, which is the proprietary vendor for the WIDA English Language Development Standards that were adopted by the Idaho State Board of Education.

“Sometimes we’re obligated to work with those vendors,” Laraway said. “And we certainly look at all contracts on a regular basis, to make sure we’re using taxpayer resources wisely.”

On the other hand, nearly a third of the no-bid awards went to private contractors who provide regional coaching services for teachers. Those 25 contracts collectively cost about $2.26 million.

Ten contracts with the state’s public colleges and universities for special education, math assistance and other technical support services cost another $6.85 million.

Crabtree said he wants to see the January report before deciding if the Legislature needs to take additional steps. Nevertheless, he’s skeptical that constitutional officers should be exempt from competitive bidding requirements.

“If bidding is optional (for the Department of Education), then maybe every department should have that opportunity,” he said. “They shouldn’t be different from any other agency. I don’t know why a constitutional officer is in a position to avoid fiscal responsibility.”

That said, no-bid contracts are a bigger concern with Ybarra’s office than with the other constitutional officers, Crabtree said, because her operating budget is bigger than all of theirs combined.

That episode involved a $60 million school broadband contract that was allegedly rewritten to favor two politically connected vendors. The deal was ultimately voided after it was challenged in court. The state spent millions of dollars resolving the dispute, and the Legislature updated the procurement statutes, specifically added language saying the state’s policy is “to engage in open, competitive acquisitions of property, and to maximize the value received by the state, with attendant benefits to the citizens.”

Rep. Wendy Horman, R-Idaho Falls, tried to get constitutional offices included in the competitive bid requirements at that time, without success.

As a member of the joint budget committee, she also helped craft the budget language calling for the education department report on no-bid contracts.

“Any time an agency issues a no-bid contract, there needs to be a good explanation,” Horman said. “If our procurement rules are in place to secure more competitive contracts, it begs the question why that isn’t good practice for constitutional officers as well.”

Horman, who previously served as president of the Idaho School Boards Association and was a trustee for the Bonneville Joint School District, thinks the Department of Education sometimes goes awry by trying to mandate from the top.

Rather than sole source contracts, she’s a proponent of multi-vendor contracts, which offer some of the same financial savings as competitive bids while giving individual school districts the flexibility to choose vendors and software programs they’re most familiar with.

“If we have a statewide standard for reading, why should the Legislature or the department care what tool a district uses to meet that goal?” Horman said.

Once the department releases its contract report, she said, the budget committee can decide if any changes are needed to improve transparency in the way expenditures are reported.

She noted that the committee took steps this past session to provide greater detail about how $264 million in federal funding was spread throughout the public schools budget.

“In the past, that would have been a single line item for $264 million,” Horman said. “So we’ve already been working towards greater transparency. This (contract report) is just one more step.”

“From my perspective, adding that language (to the Department of Education budget) wasn’t so much a criticism of the department as it was a reminder of best practices,” she said.

As the owner of a nonprofit consulting firm herself, Troy said, she’s aware that agencies and consultants sometimes develop “comfortable” relationships that may hinder performance.

“If you aren’t going out to bid, you don’t have the chance to reflect on how well you’re doing,” she said. “And the competitive bid process does make people sharpen their pencils and focus on the goals of the project.”