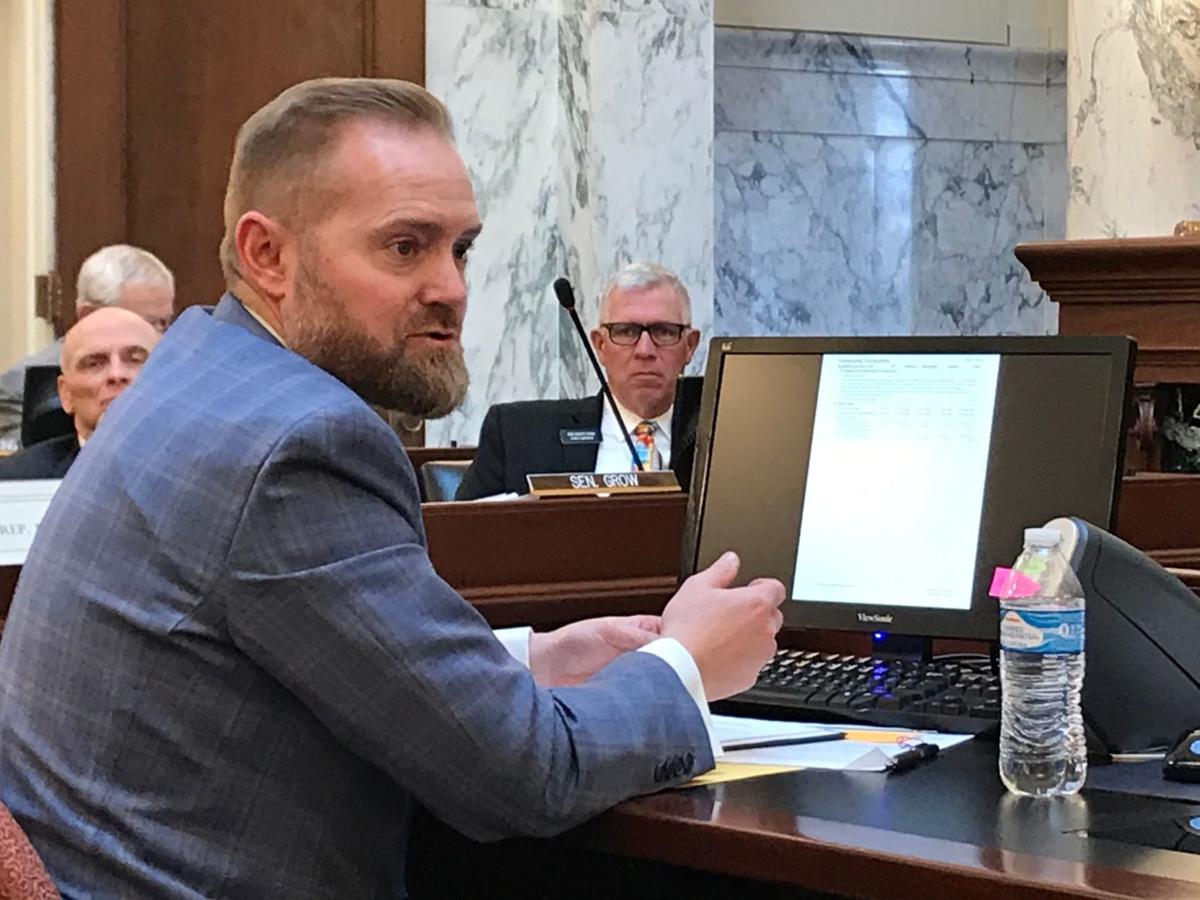 Idaho Department of Correction Director Josh Tewalt at his agency’s budget hearing at the state Capitol on Tuesday. 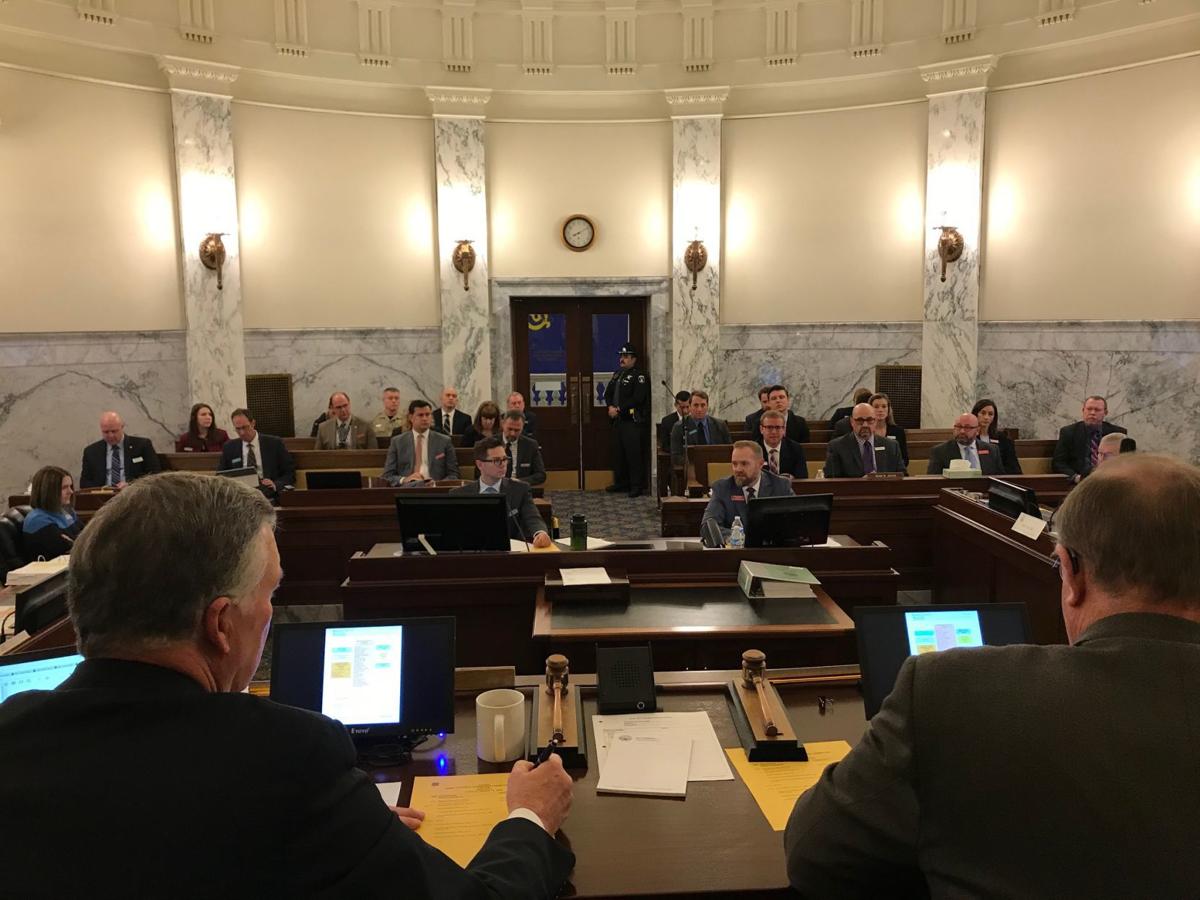 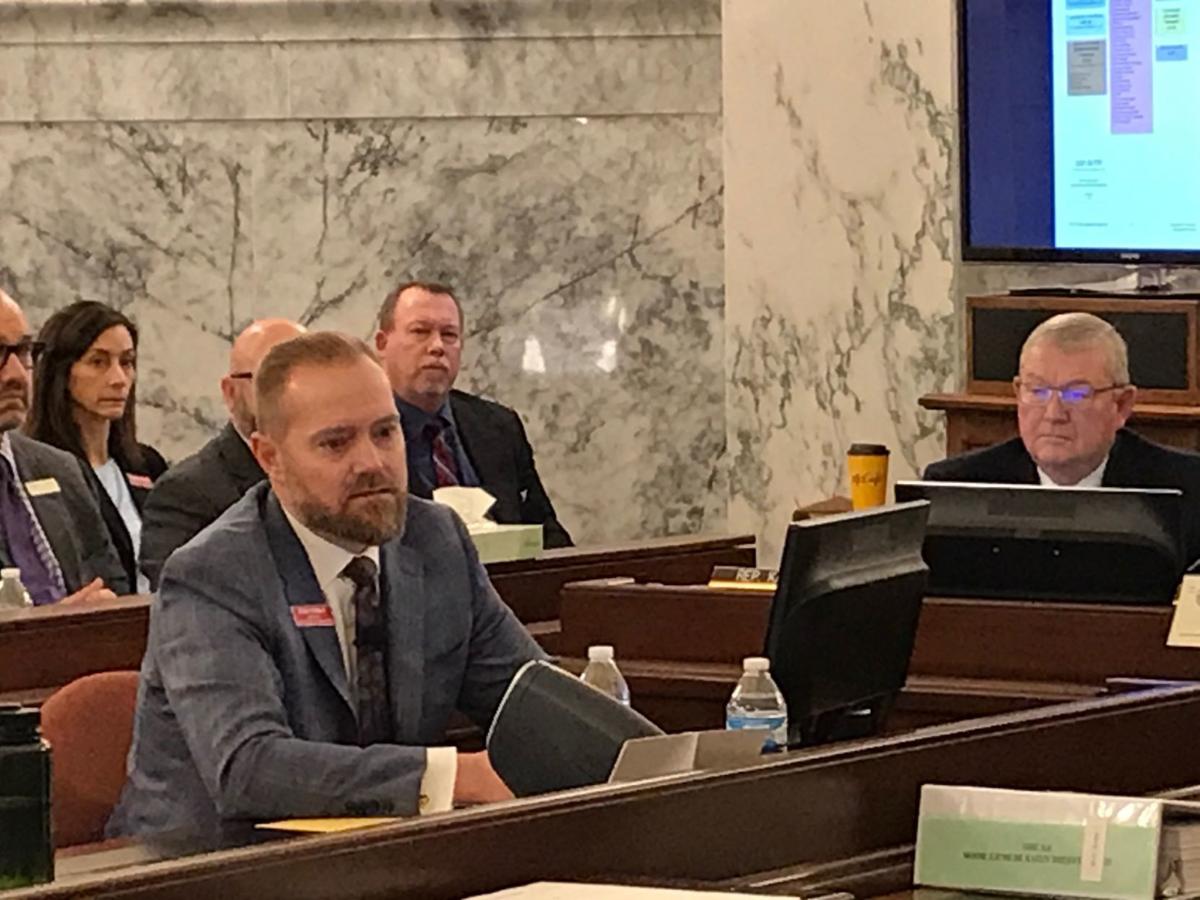 Idaho Department of Correction Director Josh Tewalt at his agency’s budget hearing at the state Capitol on Tuesday.

BOISE — Gov. Brad Little’s budget proposals for Idaho’s prison system for next year drew a strongly supportive reaction from the Legislature’s joint budget committee Tuesday, even though he’s proposing a 12.1% increase in corrections spending — three times the increase being proposed for public schools.

“Nobody in there wants to continue to spend more and more and more on incarceration costs, without any end in sight,” state corrections Director Josh Tewalt said as he left the two-and-a-half-hour hearing.

Overall, the proposed corrections budget for next year comes to about $280 million in state general funds and just over $320 million in total funds.

The idea this year, Tewalt said, on the part of the governor, the Department of Correction and the state Board of Correction, was, “Let’s show them a different way.”

“The reality is investing in helping people be successful costs a fraction of the cost when they fail,” Tewalt said.

Key to that approach is a new $5.9 million “connection and intervention” program to provide additional services to 2,000 of the parolees at most risk to reoffend, to try to help them successfully transition back into society. Outpatient services would range from transitional housing to drug testing and treatment programs.

“What we’re talking about is providing outpatient services to the population on supervision most at risk to reoffend,” Tewalt told lawmakers. “It’s a stopgap to try to get them back on the right path.”

In the process, Tewalt said, “We anticipate saving $6.5 million in incarceration costs.”

He told lawmakers, “There’s this notion that our safety is provided in some way through punishment, or that our security is guaranteed by how quickly we’re able to apprehend people that are committing crimes in our community. I think what the governor communicated — not just to the Legislature but to all Idahoans — is how important it is that we look at this differently.”

The reality is, he said, that our communities are safe “when our citizens can succeed. … When people can live, thrive, without committing crime.”

That’s what’s driving the focus in the budget proposals for next year on helping offenders succeed when they leave prison, Tewalt said.

“Three out of four people walking through our front door either failed probation, failed parole, or failed a rider,” he said. “I know we’ve had some confusion, where people confuse that number with recidivism in general. That isn’t recidivism. Our recidivism is … in the mid-30s.”

But of those who are “recidivating,” or committing new crimes and returning to prison, “Three out of four of those had opportunities with us before to be successful. … That’s the dynamics that we’re experiencing.”

“I think there’s really a challenge for us as a Department of Correction and for us as a state to try to reverse this delta,” Tewalt said, “between what we’ve chosen to spend on incarceration, and what we’ve been willing to invest in helping people be successful. We don’t just need more beds and capacity. We also need ways that we can help people who have been under our jurisdiction find success in our communities without committing crime.”

“I think the governor’s recommendation in a meaningful and significant way pushes us in that direction,” he said.

Rep. Melissa Wintrow, D-Boise, complimented both Tewalt and Little for their vision in proposing the new connections and intervention program.

“It’s the right thing to do, and it will pay off,” she said.

Rep. Rick Youngblood, R-Nampa, the House co-chair of the Joint Finance-Appropriations Committee, said, “I’ve been actually waiting for that for years. It’s that gap in between.”

Sen. Steve Bair, R-Blackfoot, the Senate co-chair, said, “Everything that we can do to stop recidivism, we’ve got to try it.”

The proposed budget also includes funding for 806 additional prison beds: 160 of them at a new reentry center in Twin Falls that’s set to open in October; 146 from remodeling an existing building at the state prison complex south of Boise; and 500 more out of state, on top of the more than 650 Idaho inmates already housed at a Texas private prison for lack of cell space here.

Tewalt told JFAC that contracting for out-of-state beds for Idaho inmates is an “emergency valve.”

“I’m pretty candid about the fact that out-of-state placement is not something that we prefer — it’s simply the best of our worst alternatives,” he said.

Later this month, he said, the state Board of Correction will vote on a new contract for out-of-state prison beds; currently, Idaho inmates are at a facility operated by the Geo Group.

“We’ve learned some lessons from the past,” Tewalt said.

That includes the need to provide for “more robust medical services” for inmates placed out of state, opportunities for treatment and recidivism prevention, and opportunities for “meaningful employment” for those inmates. Under the current contract, just 10% of the inmates have a chance at employment, Tewalt said.

“In the new contract, 70% of the people placed there are going to have the ability to participate in jobs,” he said.

“So what does that mean? It means that it’s going to be a little more expensive,” Tewalt told lawmakers. “But it also means that we have higher expectations for the custody of the people that we place out of state.”

He said the department also has decided that, instead of first shifting the inmates now in Texas to the new contract, it’ll first shift state inmates currently being housed in county jails, to provide relief for hard-pressed counties that have been increasingly concerned about the burden of housing state inmates.

Tewalt also told lawmakers that the governor will propose legislation to change the reimbursement rate to counties for housing state prisoners, an issue that’s causing legal friction between the state and Ada County.

“We’ve been operating a little over a year now with a tiered payment system,” Tewalt said, at $55 per day for the first seven days, and $75 a day for every day thereafter.

That’s been difficult, Tewalt said, both for county sheriffs and for IDOC.

“Both of us think that is a significant pain to try to implement,” Tewalt said. “I think all of us are in agreement that a single daily flat rate is the way to go.”

“So we think this rate adjustment splits the difference, largely, on where we both think we should be,” Tewalt said. “There is a budgetary impact to it. … It will result in a savings in the budget of roughly $1.5 million, and the governor based his budget recommendation with that on the bottom line.”

Sen. Abby Lee, R-Fruitland, said she was concerned that the move might be “a step backwards,” and that incentives are needed to get the state corrections department to move its inmates out of county jails.

“We are not relying on county infrastructure for the long-term needs of the state of Idaho,” Tewalt responded.

He said inmates housed in county jail beds don’t get the services they get in state prison beds, including programs designed to reduce recidivism.

The budget proposal also includes $4.5 million next year for the third phase of a new offender management system, replacing two antiquated systems on which the department long has relied; and $1.2 million to make permanent a 17-person increase in probation and parole staff, which was funded last year on just a one-time basis.

The budget also reflects significant savings due to Medicaid expansion: $2.8 million in community-based substance abuse treatment, an area where 93% of the offenders served are now eligible for Medicaid; and $1.6 million in the state prisons medical services division. The federal government pays 90 percent of the costs of expanded Medicaid. Previously, the state paid for 100% of the cost of those services for offenders.

The joint budget committee is in the process of holding hearings on state agency budgets. The committee will begin setting those budgets on Feb. 14.