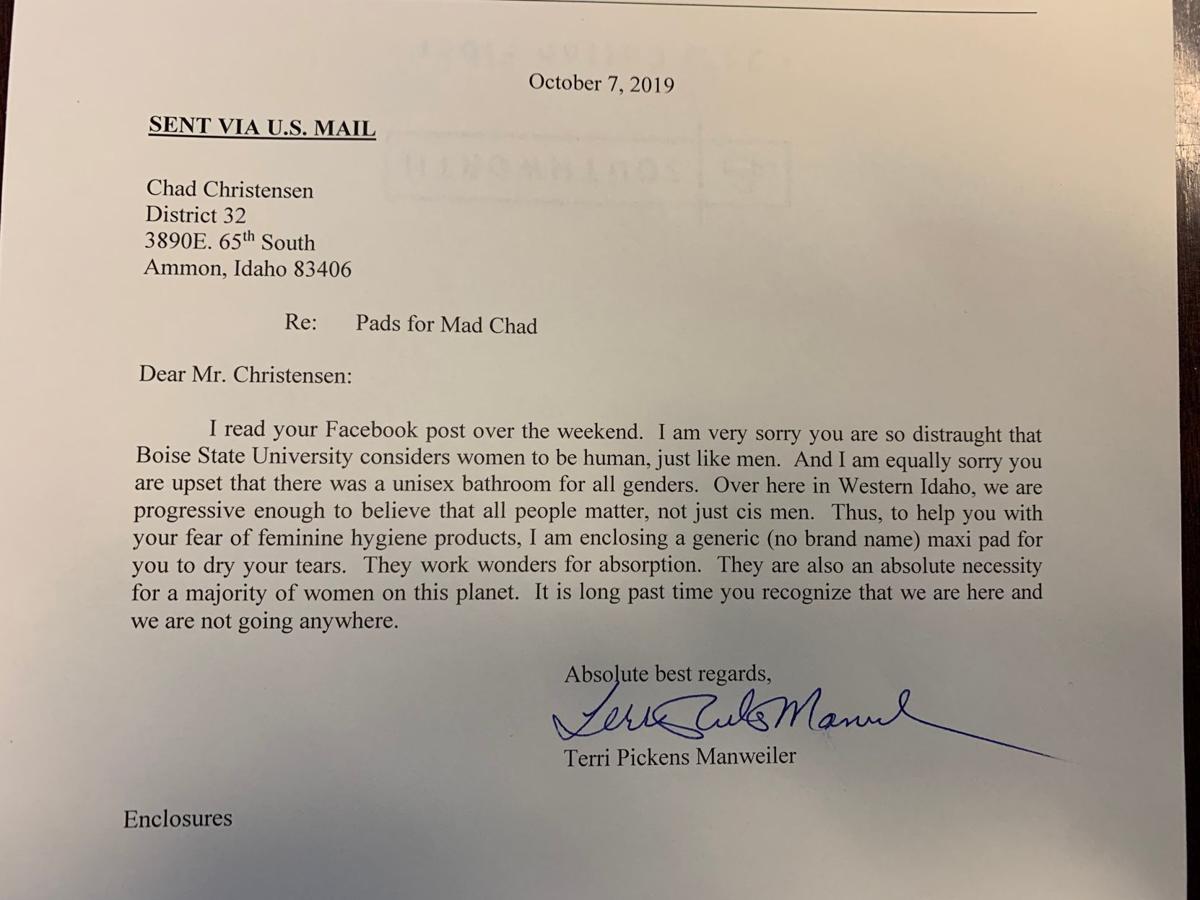 This image of a letter from a Boise attorney to Rep. Chad Christensen, R-Ammon, posted on Twitter, prompted the "#padsformadchad" hashtag. 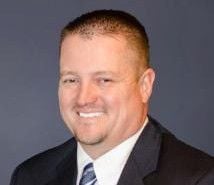 Christensen wrote, in part: “There are two toilet stalls, a urinal, plenty of tampons/pads, and a sink. I wasn’t aware that Idaho taxpayers also paid for tampons and pads. … I have had it with this immoral garbage. Yes, this is going on in an Idaho university! Does this not encourage sexual assaults? Does this not set up men and women for false accusations?”

Not surprisingly, the response has been sharply divided.

Christensen’s Facebook post has generated more than 400 comments since Friday — with some commenters supporting Christensen’s push to de-fund the state’s largest university, and others mocking the first-term lawmaker.

“People pee! People get their periods!” said one commenter. “Has no one ever explained this phenomenon to you? Maybe you should go to college and learn about it.”

Two weeks ago, Rep. Tammy Nichols floated the defunding idea in an interview with Breitbart News, a conservative website. “We have these kids that we’re paying to be educating and they’re being indoctrinated,” said Nichols, R-Middleton, “and I think it’s going to be taking away the funding in order to change the dynamics of what’s happening in our education system.”

In July, Christensen and Nichols were among 28 House Republicans who wrote a letter to Tromp, urging the new president to disavow a series of diversity and inclusion programs at Boise State.

The story behind the #padsformadchad hastag

In state Rep. Chad Christensen’s Facebook post on Friday evening, he wrote in part, “I wasn’t aware that Idaho taxpayers also paid for tampons and pads. I will do my best to decrease BSU’s allotted budget this session!”

That prompted Boise attorney Terri Pickens to pen a letter to Christensen, R-Ammon, and enclose a maxi-pad. Her letter, posted on social media, prompted the “#padsformadchad” hashtag on Twitter.

“I read your Facebook post over the weekend,” Pickens wrote in the letter. “I am very sorry you are so distraught that Boise State University considers women to be human, just like men. And I am equally sorry you are upset that there was a unisex bathroom for all genders.”

She wrote that she enclosed the sanitary pad “to help you with your fear of feminine hygiene products,” so that Christensen could use it “to dry your tears. They work wonders for absorption. They are also an absolute necessity for a majority of women on the planet. It is long past time you recognize that we are here and we are not going anywhere.”

Christensen has since posted a new link on his Facebook account to a petition entitled “Decrease Boise State Funding,” writing, “It is time to send BSU a message. I, for one, do not wish to see my state go the way of liberal California, Oregon, and Washington.”

Reached by phone on Tuesday, he said, “I don’t really care about the feminine hygiene products; it’s not that important to me. What I really care about is the gender-neutral bathroom, which I feel can cause some serious problems.”