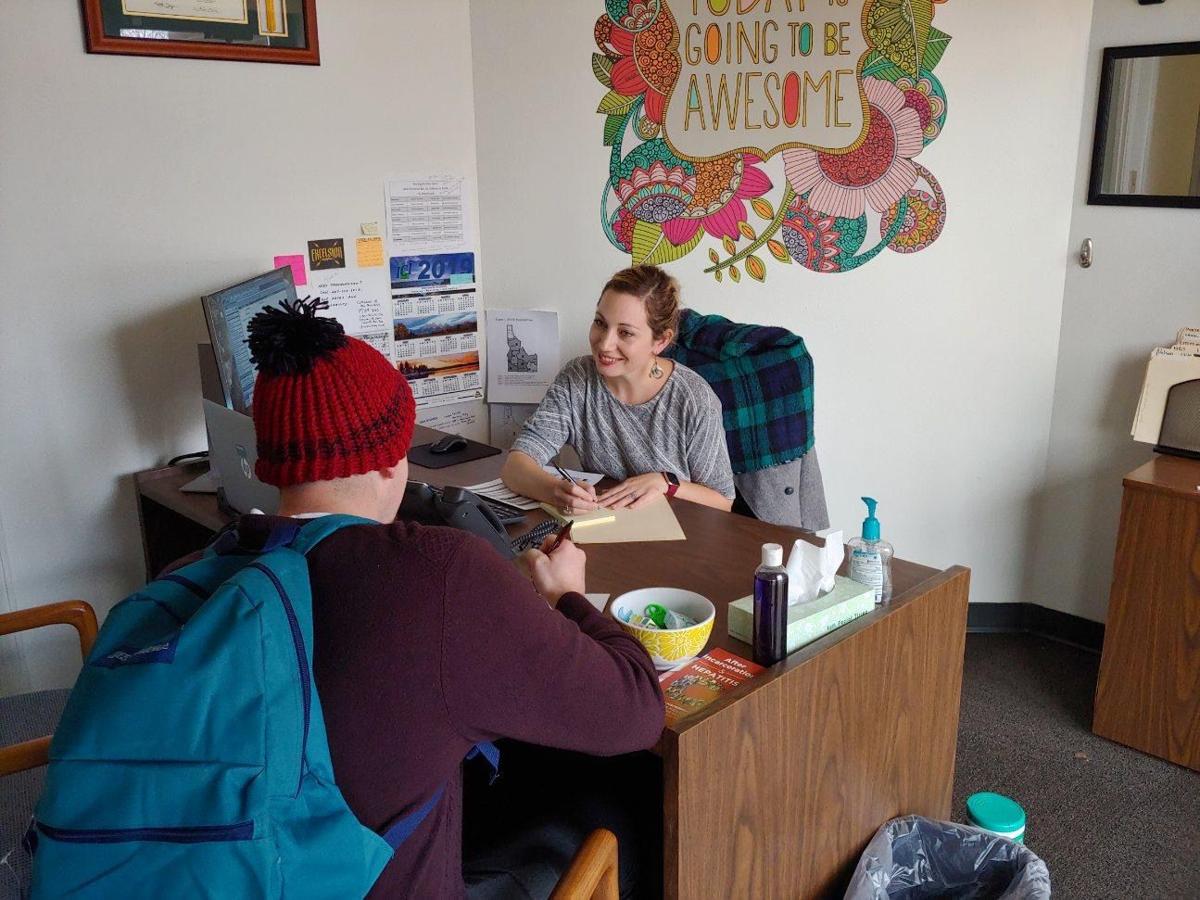 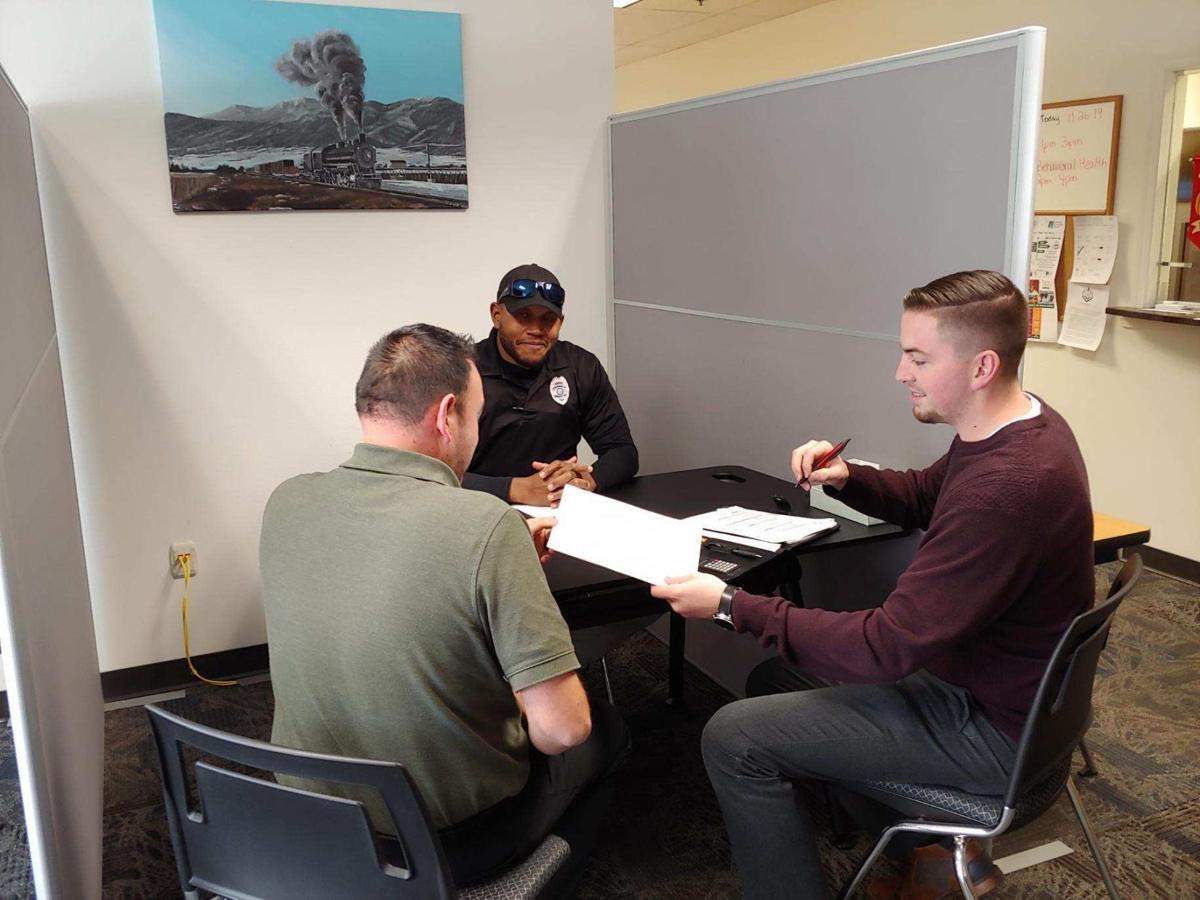 BOISE — Jim Bridges remembers what it was like before the Idaho Department of Correction One-Stop Reentry Center was around.

Before, a case manager would meet with him prior to his release from prison, then Bridges would be released from prison without much direction.

When Bridges’ release date neared in October and he heard he was being partnered with a reentry specialist, he was unaware what that meant. After their meeting, Bridges, who was serving time for grand theft, said he found the specialist bridged a gap between case managers in prison and parole officers outside.

Though Bridges, 58, of Boise said he has always been one of the lucky ones who has had a good support system on the outside of prison, he was never as prepared to reenter society as he did when a reentry specialist met with him 60 days prior to when he was released from prison this October and then stuck with him on the outside, too.

As the center prepares to enter the second year of a $1.5 million, three-year grant given to the department, six reentry specialists continue working with high- or medium-risk offenders and all sex offenders transitioning from prison back into society. The specialists have worked with more than 200 inmates 60 days prior to their release from prison and 60 days after their release to make sure they get the supportive services they need to be successful, said IDOC Reentry Manager Tim Leigh.

Ryan Hertling, a reentry specialist, said they are there to make sure clients’ prerelease plans get carried forward. Reentry specialists help meet inmates’ basic needs — from clothing, hygiene products and food (each person gets an 8-10 pound bag of food) — to finding stable housing and even a job.

The reentry center office at 8620 Emerald St., Suite 150, in Boise also brings in specialists from community partner organizations focused on employment, housing, food stamps, medical care, counseling services and other needs so those released from prison can have one place to get help.

From the center’s opening in December 2018 until Oct. 31, 196 clients successfully completed the program, meaning they did not return to prison or jail in the two months after exiting prison, Leigh said.

Another 12 did not succeed, ending back up in jail or prison. That’s a 5.77% recidivism rate, though only based on the first two months out of prison. Prison officials are tracking other statistics, including those involving recidivism rates.

Another 1,500 clients who spent time in prison or jail in the 4th Judicial District but were not assigned reentry specialists also sought assistance at the center within the last year, Leigh said.

“To have this in place just makes everything easier,” Bridges said. “All of a sudden, when you do get out, you have somebody there (who) is supportive, to stand alongside you and guide you this way or that way.”

“The specialists are going in and meeting with clients 60 days prior to release, and they’re starting to build those bonds,” Laury said. “The reentry specialists have made the communication a lot better.”

The grant is currently only used for offenders living in the 4th Judicial District — Ada, Elmore and Valley counties — who are sex offenders or have a medium- or high risk-assessment score for reoffending. A reentry specialist is set to begin work in District 7, where Idaho Falls is located, Leigh said.

Some of the center’s clients haven’t been out of prison for more than two months at a time in years, he said.

“It’s proving that the intervention (reentry specialists) provide is making a difference in the district,” Leigh said.

Getting the services lined up prior to an inmate’s release “reduces their anxiety so much, and I think that’s a big part of why they’re successful. They can get out and focus on the things they need to focus on, rather than focusing on survival,” Hertling said.

Bridges, who was serving a two-year sentence, said his favorite part of the process was working with his specialist. She met with him in the weeks before his release and kept him updated as he moved closer to his release date. She provided him with information on truck-driving school —something he said he would like to do now that he is out of prison.

“It was reassuring, when you know you’re not alone,” Bridges said.

Shortly after his release, Bridges was given a big bag of food meant to last several days. As of Oct. 31, the center had given out over 3,000 pounds of food to clients. Bridges said he felt he was well on his way to self-sufficiency when he left prison, thanks to a good support system. But he said he knows of many others who do not have the outside support that he does and are in need of all the assistance the center offers.

“I didn’t need to use a lot of the resources that are there, but I sure see how it’s beneficial for people coming out of incarceration,” he said.

With the grant funding expected to run out in the next two years, Leigh plans to report the center’s success to the Legislature with the hope that lawmakers will permanently fund reentry specialists in each judicial district throughout the state.

“We believe it’s a better way for the Department of Correction to do business,” Hertling, the reentry specialist, said.

Even with the successes of inmates served by the center, the reentry specialists wish they could help more people than what the grant allows for at this time.

“I had a case manager who said he wished everybody being released had a reentry specialist because he sees guys come back all the time,” Hertling said.

Laury, IDOC lead probation and parole officer, said Idaho’s rider treatment program population — low-risk offenders who get early release if they successfully complete up to a year of treatment in prison — would be a good place to start expanding reentry services. The Idaho Press reported that offenders sentenced to rider treatment programs are more likely to reoffend in three years than inmates sentenced to prison or directly placed on probation.

Leigh and the center’s staff would also like to lengthen the window of time reentry specialists work with parolees. Right now, the grant permits two months after release, but Leigh said he would like to see at least a six-month window for specialists to continue checking in.

IDOC has known how difficult it is for people to successfully reenter society if they’re worried about where they will sleep, eat or get across town after leaving prison, said Josh Tewalt, IDOC director.

“The One-Stop Reentry Center was a really great concept and opportunity to learn how we can help point people in the right direction to get the resources,” he said in a phone interview. “I also think one of the things (the center) helped us learn is that, as a state agency, we don’t have to carry that load by ourselves.”