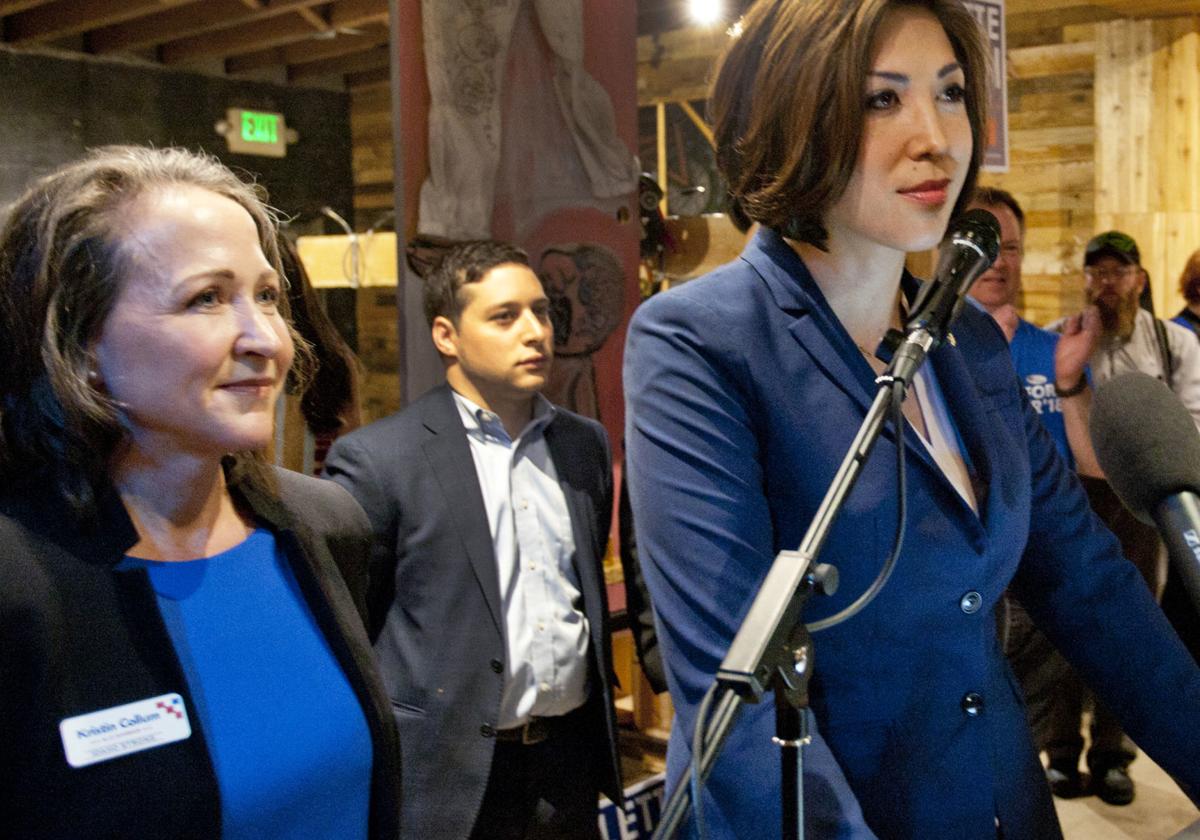 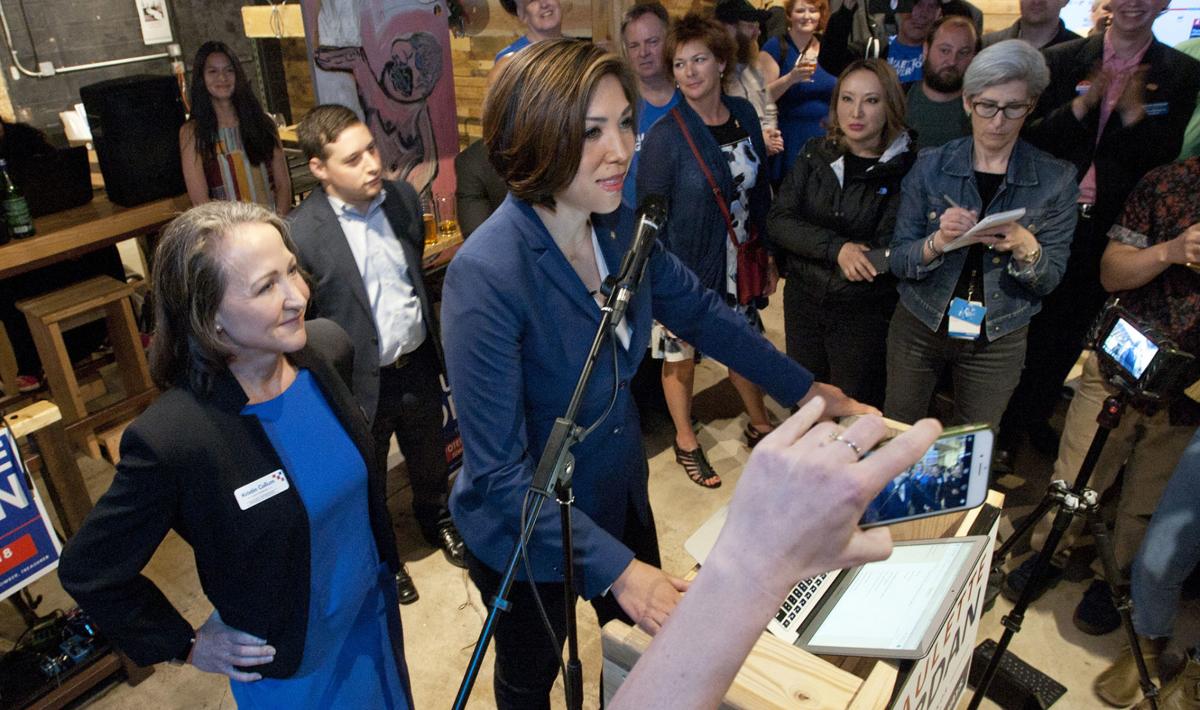 Tuesday’s primary election results mark a historic first for Idaho: With women winning both parties’ primaries for lieutenant governor, and no other candidates running, Idaho is now guaranteed to elect its first-ever female lieutenant governor in November.

“That’s exciting — I’m really excited to be a part of that history for our state,” said former state Rep. Janice McGeachin, R-Idaho Falls, who won a hotly contested five-way GOP primary for the open seat. “It’s about time.”

Kristin Collum, an Army veteran and high-tech worker who defeated Sun Valley dentist Jim Fabe with 88 percent of the vote in the Democratic primary, said, “I’ve been a woman in a male-dominated career for my whole career, I know nothing else. And I’m ready for women to be in government leadership equally at every level, whether it’s the city level, state or nation. I think it’s time.”

The victories for McGeachin and Collum were part of a wave of electoral victories for women in both parties in Idaho’s primary elections this year. Paulette Jordan’s defeat of A.J. Balukoff in the Democratic primary for governor makes her the state’s first woman to be a major party’s Idaho gubernatorial nominee; if elected in November, she’d be the state’s first woman governor.

Cristina McNeil took 69.7 percent of the vote to win the Democratic primary for Idaho’s 1st District congressional seat, easily defeating two male candidates — one of whom vastly outspent her.

And Republicans chose former state Rep. Julie Ellsworth as their nominee for state treasurer, edging out Tom Kealey, whose campaign fundraising and endorsements far eclipsed hers.

In the race for state superintendent of schools, incumbent GOP Superintendent Sherri Ybarra defeated her male challenger, Jeff Dillon, and Cindy Wilson won the Democratic primary with 84.5 percent of the vote over primary foe Allen Humble.

McGeachin won her race with 29 percent of the vote. Finishing second was former Idaho Republican Party Chairman Steve Yates of Idaho Falls with 27 percent; the race was too close to call until long after midnight on election night. By Wednesday morning, McGeachin’s lead had widened to 2,765 votes.

“It was tough,” McGeachin said. “It was a long, tough battle with so many other people in the race, and changing dynamics ... I couldn’t have done it without people all over Idaho. I basically lived in my car the whole past year.”

McGeachin is a former five-term state representative who chaired the House Health & Welfare Committee; she co-owns a transmission business with her husband in Idaho Falls, and after she left the House, the two launched another business, the Celt Pub & Grill in downtown Idaho Falls. That’s where she celebrated her election win in the wee hours of the morning.

McGeachin, a conservative Republican who was a Trump delegate to the national GOP convention in 2016, said she was inspired to get back into politics by President Trump’s candidacy.

Collum is a Great Falls, Montana, native who moved to Idaho 21 years ago after an Army career that stretched from celebrating her 18th birthday in basic training, to serving in the Pentagon as a staff sergeant for Gen. Colin Powell when he was chairman of the joint chiefs of staff, to being commissioned as a signal officer and serving in an infantry division as a platoon leader.

In Boise, she worked four years for Micron Technology and 13 for Hewlett-Packard, and currently is the manager of a 15-person software team for Xylem in Boise.

“I think it’s just a sign that things in our nation have gone across a line, and people are recognizing that it’s gone in the wrong direction, and they’re trying to find the balance,” she said. “And that’s what it’s about, whether it’s in gender or whether it’s in political party. We’re very imbalanced in Idaho.”

She said she’s been inspired by campaigning with Jordan as an all-female Democratic ticket, and particularly notices the impact on young women like her four daughters ages 17 to 21.

“Whether or not I win … I’ve given them a role model,” she said. “They can do this, too, and they should not let anything stop them.”

Betsy Z. Russell is the Boise bureau chief and state capitol reporter for the Idaho Press-Tribune and Adams Publishing Group. Follow her on Twitter at @BetsyZRussell.