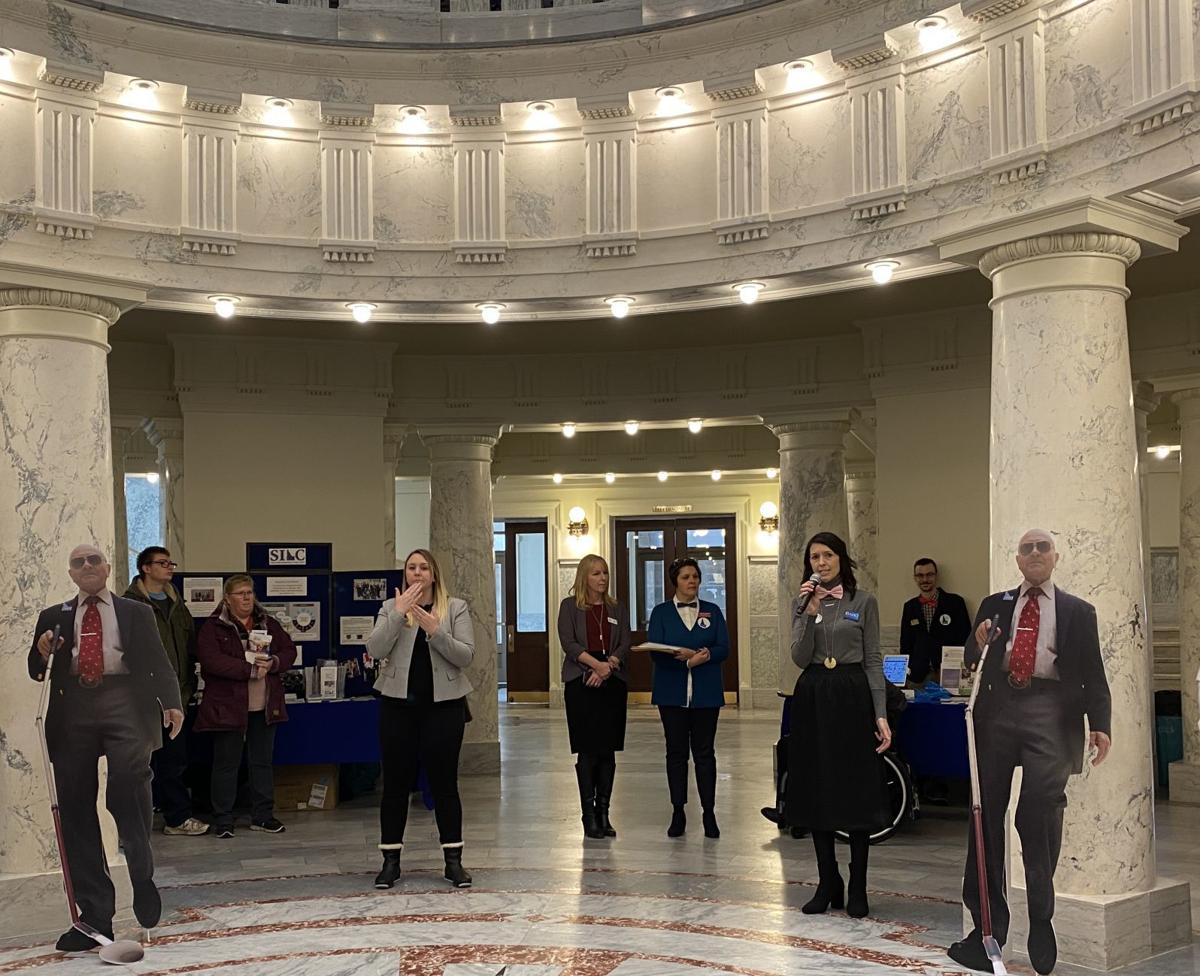 Jennifer Zielinski, executive director for the Idaho Anti-Trafficking Coalition and board chair of the Consortium for Idahoans with Disabilities, speaks at the Idaho State Capitol on Tuesday for Fred Riggers Disability Awareness Day. 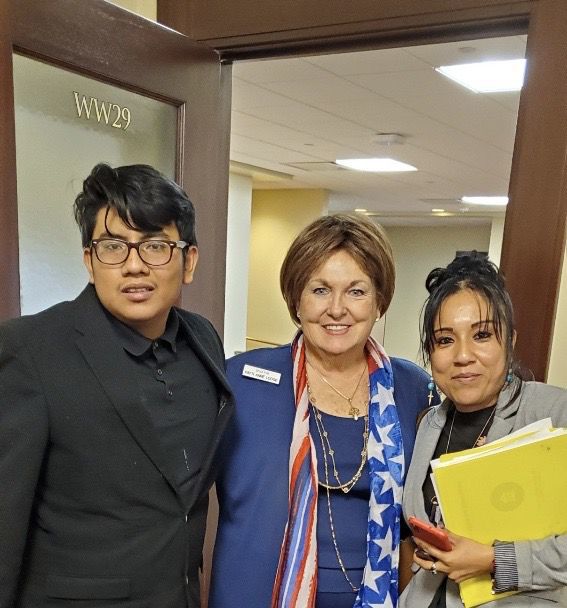 Junior Lazaro and his mother stand with Sen. Patti Anne Lodge in the Idaho State Capitol on Tuesday.

Jennifer Zielinski, executive director for the Idaho Anti-Trafficking Coalition and board chair of the Consortium for Idahoans with Disabilities, speaks at the Idaho State Capitol on Tuesday for Fred Riggers Disability Awareness Day.

Junior Lazaro and his mother stand with Sen. Patti Anne Lodge in the Idaho State Capitol on Tuesday.

BOISE — Dozens of advocates filled the Idaho Capitol rotunda on Tuesday to celebrate Fred Riggers Disability Awareness Day and to meet with legislators about issues that will impact people with disabilities this session.

Junior Lazaro, 17, woke up bright and early Tuesday to make the commute from his family’s home in Caldwell to the Capitol. He had a 10:30 a.m. meeting with his local senator, Republican Patti Anne Lodge.

Lazaro, accompanied by his Spanish-speaking mother and an interpreter, told Lodge that if an expedited eviction bill comes up again this session and passes, it would have negative impacts on his family.

“It would be very detrimental for me and my mom and especially my little brother,” Lazaro said.

There has not been any bill proposed this year to speed up evictions, but in previous sessions, the Idaho Apartment Association has introduced a bill that would require evictions be completed within an expedited time frame. The time frame called for a court trial to be held no more than 12 days from the filing of a complaint for the eviction.

The ACLU of Idaho recently told the Idaho Press they expect to see the expedited eviction bill come up this session.

“It concerns us because it provides a burden on due process,” said Ruby Mendez-Mota, advocacy fellow with the ACLU.

She said the bill would “disproportionately harm” vulnerable communities.

Last session the bill narrowly failed to pass the House.

Melissa Morales, program specialist for the Idaho Council on Developmental Disabilities, said she wanted to highlight the work of Latino advocates at the Capitol on Tuesday. (Morales is also a member of the Idaho Press editorial board.)

“I am very proud of them,” Morales said about the Lazaros and other Latino families who met with their legislators Tuesday. “It takes a tremendous amount of courage to step into the Statehouse and fight for a community that doesn’t always include you. I am so proud that they are willing to take that on and fight for all of us, when we don’t always return the favor.”

Morales said many of the advocates used an interpreter to speak to their legislators, something she said many legislators were not used to.

“When you have someone that has a language-access barrier, but also a disability like autism, we need to know that when we talk about accessibility, that we include all of that,” Morales said.

Fred Riggers Disability Awareness DayAlong with meeting with their legislators, the group of disability advocates met in the Capitol rotunda for a small ceremony to remember Fred Riggers, who died in 2016 at 73 years old and who fought many years for equal rights of people with disabilities.

Attendees were clad in bow ties, Riggers’ signature accessory every time he went to the Capitol.

“The Consortium of Idahoans (with Disabilities) come together every year and spend time looking into what polices to ensure (legislators) are working for people with disabilities, said Jennifer Zielinski, board chair of the Consortium of Idahoans. “We look at things that would hinder and create setbacks and at what needs a stronger voice to say ‘no’ and people stand up to it.”

The Consortium for Idahoans with Disabilities, a coalition of Idaho agencies and organizations concerned with issues affecting people with disabilities, comes together every year in the rotunda to advocate for themselves to legislators and meet and collaborate.