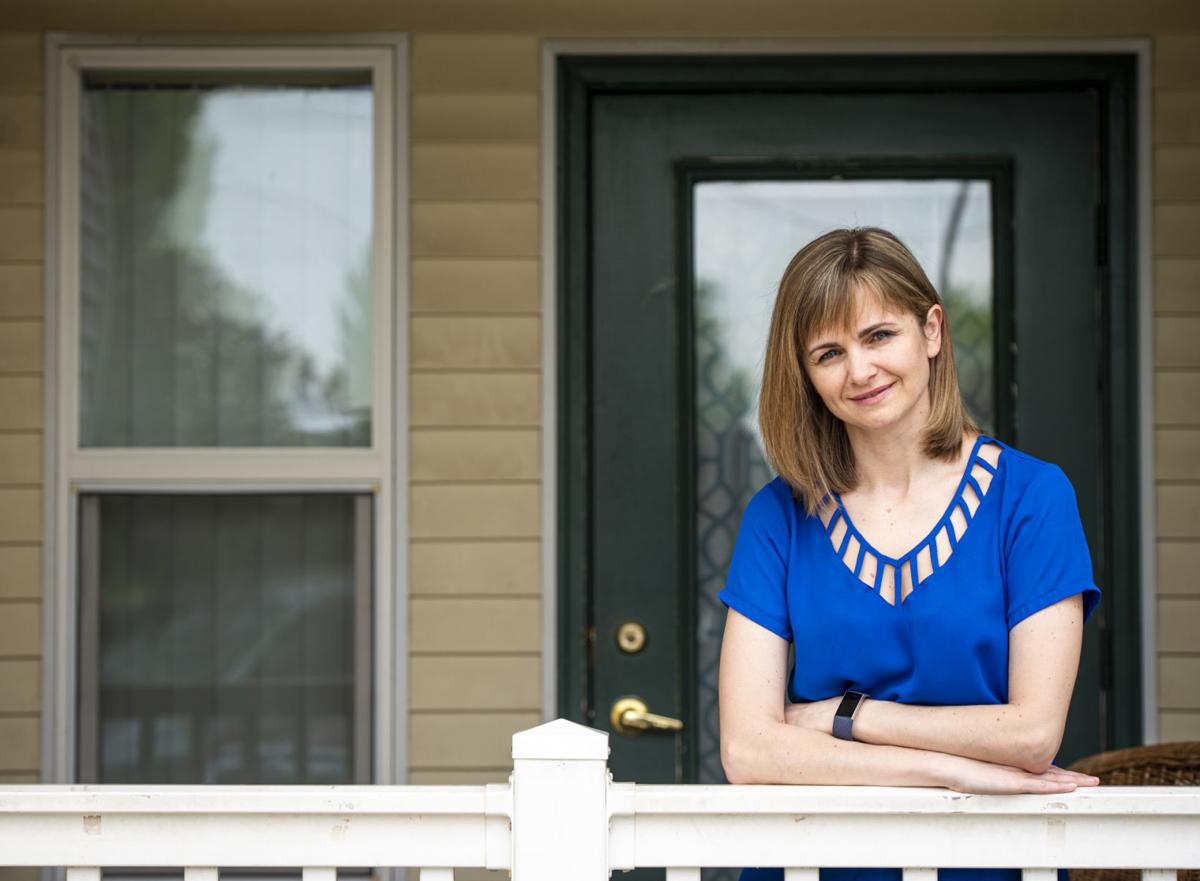 Halyna Isaieva leans on a fence post for a portrait outside of her Nampa home on Saturday, June 20, 2020. 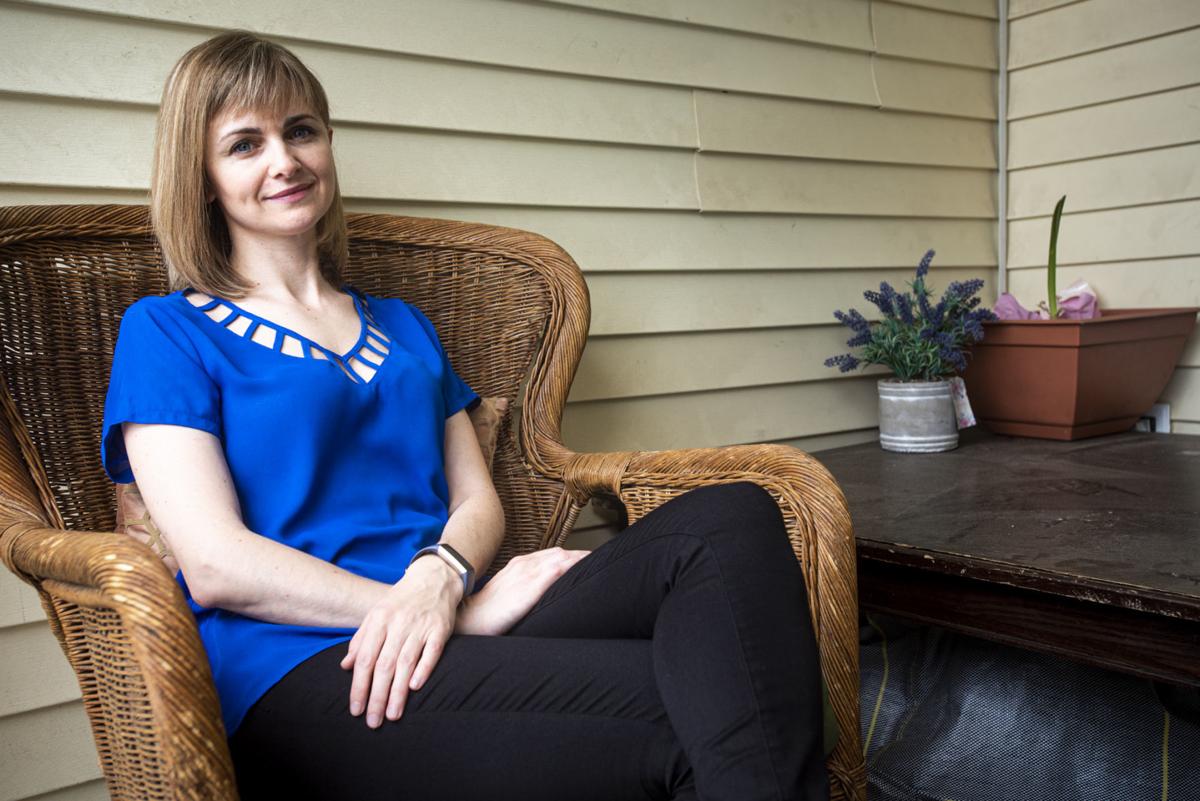 Halyna Isaieva poses for a portrait outside her Nampa home on Saturday, June 20, 2020. 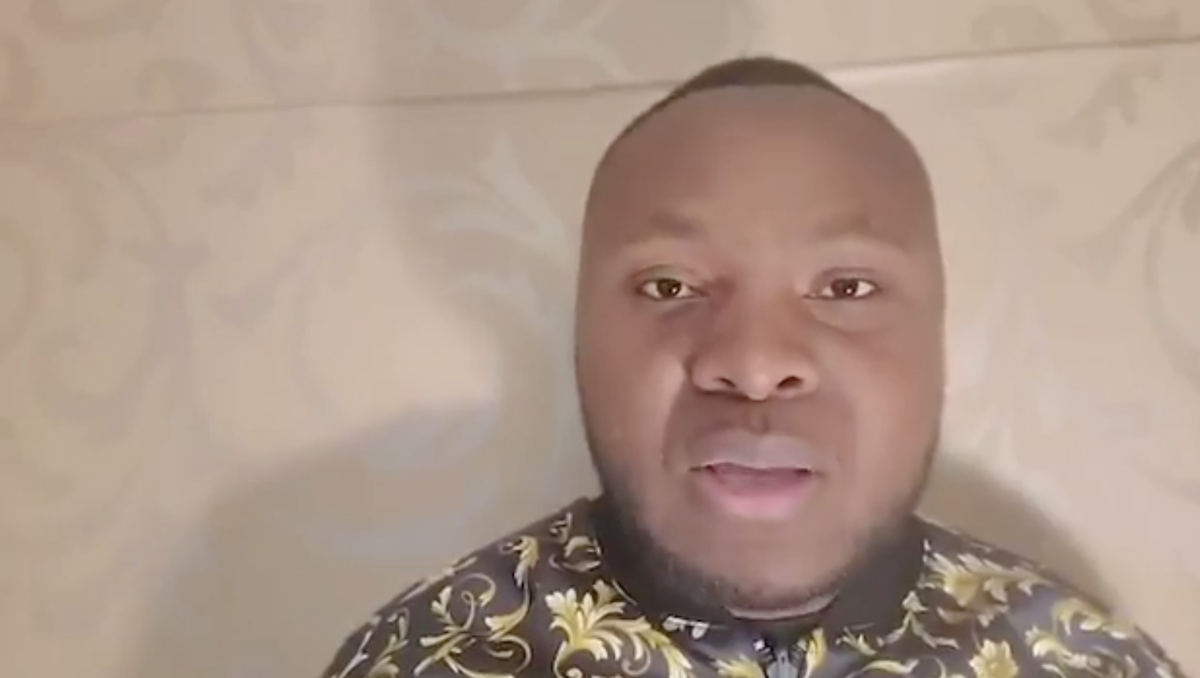 Patrick Wangoi, a refugee from the Democratic Republic of Congo, speaks in the virtual World Refugee Day celebration about the importance of the Black Lives Matter movement in Idaho. 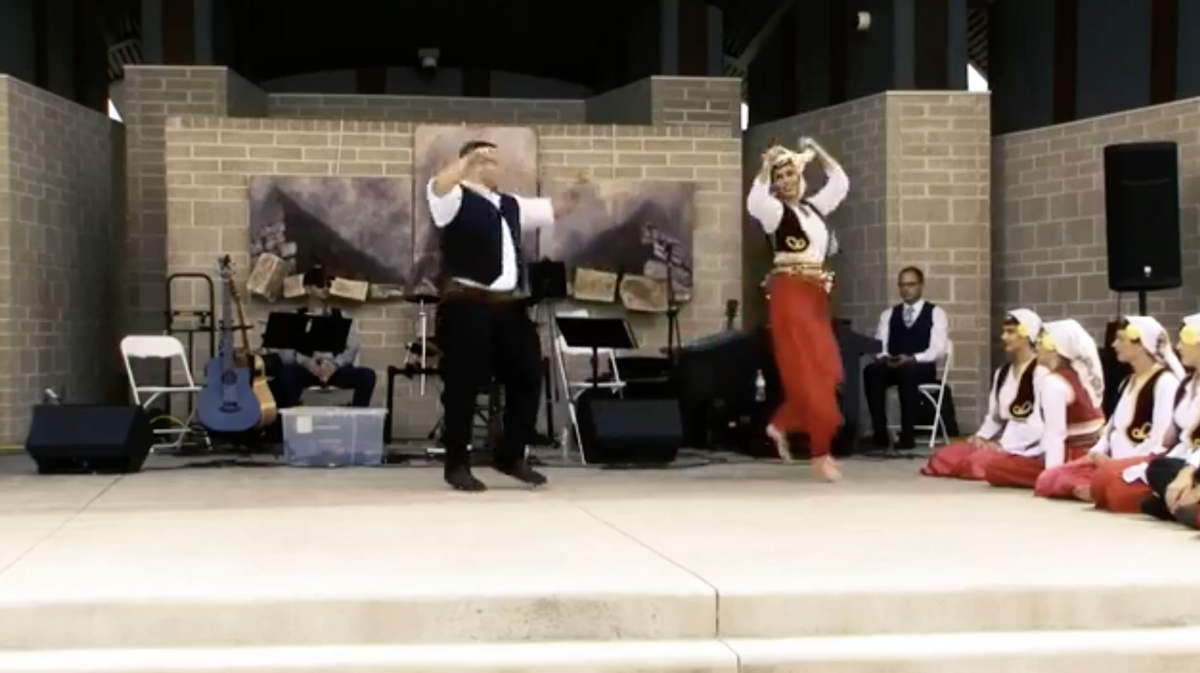 A virtual performance from the Bosnian Herzegovinian Cultural Center of Idaho, as part of the Idaho World Refugee Day Celebration on Saturday.

Halyna Isaieva leans on a fence post for a portrait outside of her Nampa home on Saturday, June 20, 2020.

Halyna Isaieva poses for a portrait outside her Nampa home on Saturday, June 20, 2020.

Patrick Wangoi, a refugee from the Democratic Republic of Congo, speaks in the virtual World Refugee Day celebration about the importance of the Black Lives Matter movement in Idaho.

A virtual performance from the Bosnian Herzegovinian Cultural Center of Idaho, as part of the Idaho World Refugee Day Celebration on Saturday.

BOISE — Attendees at a typical World Refugee Day celebration would stroll into Grove Plaza in Boise and be met with the scent of cooking food and the sound of music and conversation in multiple languages.

This year, the World Refugee Day celebration was held virtually on Saturday, in an effort to protect the Treasure Valley community from the spread of COVID-19. The change was to protect the community and also the refugees who work in health care, on the front lines battling the pandemic’s spread in the valley.

The refugee speakers and performers were asked to submit videos of themselves to celebration organizers, who then compiled them into one presentation.

One of the health care workers involved was Halyna Isaieva, a refugee from Ukraine who has lived in the Treasure Valley for two years and works at St. Luke’s Meridian.

“I work in a housekeeping position,” Isaieva said in the video. “It is very important now during COVID-19 because it is so important to disinfect and clean the hospital.”

In a phone interview with the Idaho Press on Monday, Isaieva said she mostly works to clean and disinfect the hospital’s emergency department. Many of the rooms she cleans are isolation rooms for patients recovering from COVID-19.

“It is a lot more work now, but we have had our hours cut because we are not as busy in the departments, other than the isolation rooms and emergency room,” Isaieva said.

She said many people who don’t have emergencies are scheduling their appointments online or over the phone.

“But the emergency room is busy every day,” she said.

Isaieva came to Idaho two years ago with her now ex-husband and five children.

She said her mother and two brothers still remain in Ukraine. Isaieva said she hopes someday to go back to visit and take her children to meet her family in Ukraine.

When she first moved to the Treasure Valley, Isaieva worked at Boise Housekeeping, her first U.S. job. She then worked at AAA, and later the International Rescue Committee in Boise helped her take English and professional classes at the College of Western Idaho.

“I got my certificate from CWI, and IRC helped me get an interview at St. Luke’s,” Isaieva said.

She now has a green card and an apartment with two of her teenage boys.

In her video for the virtual Refugee Day celebration, Isaieva said, “I love you guys, be happy, don’t worry and wash your hands.”

World Refugee Day Idaho was hosted by the Idaho Office for Refugees, Agency for New Americans, the International Rescue Committee, and CSI Refugee Programs. The video is available on the IRC’s Facebook page.

Georgette Siqueiros, community engagement coordinator for IRC Boise, said the World Refugee Day committee had been planning for how to organize the virtual celebration for several weeks ahead of the event.

Siqueiros said the goal of the event was to celebrate the refugee community and the refugees who are in the health care industry and to acknowledge the importance of the Black Lives Matter movement.

Patrick Wangoi, a refugee from the Democratic Republic of Congo, spoke in the virtual celebration about the importance of the Black Lives Matter movement and his experience with racism in Boise.

“Every corner we look, they are there,” Wangoi said, referring to “people with racism and hatred in their hearts.”

“Their message is, ‘You are not wanted,’” he said. “They wish every black person would disappear.”

Wangoi recalled an incident when he was followed by a group of white teenagers carrying confederate flags in their pickup truck. He said the group stood outside his house for more than an hour.

“I wonder, if those young boys had a gun, where would I be today?” Wangoi said.

Wangoi ended his video with a call to action for people to be anti-racist.

“I am asking people who are non-racist to speak up against racism when you hear racist jokes and whenever you see injustice happening at your work place,” he said. “Speak up whenever you hear a slur word thrown at a black person. Idaho, I am asking you to stand with us to fight injustice, to be the light of the world and be the agents of change.”

Black Lives Matter demonstrations and protests against police brutality have taken place for weeks in cities across the U.S., including in Boise, following the Minneapolis police killing of George Floyd.

In addition to recognizing refugee health care contributions and the Black Lives Matter movement, Siqueiros said the celebration highlighted the concern with the “devastatingly low number” of refugees resettled in the U.S. this year.

“We are nowhere near reaching that 18,000 number because of COVID-19,” Siquerios said. “We understand the need to put a pause on international travel for the health and safety of the U.S., but want to make it clear refugee resettlement must resume as soon as possible. We want to urge this administration that the pause is temporary and that it only remain in place for public health reasons. Continuing resettlement is necessary as we have seen the contributions health care workers and others make to this community.”

According to an IRC press release, Idaho has resettled more than 23,000 people in Boise and Twin Falls from almost 60 different countries since 1975.

“Through this proclamation, we are renewing our commitment as a city and community to welcoming residents from all parts of the world, many of whom have come through years of hardship to find Boise, and Boise is now your home,” McLean said.

Rachel Spacek is the Latino Affairs and Canyon County reporter for the Idaho Press. You can reach her at rspacek@idahopress.com.