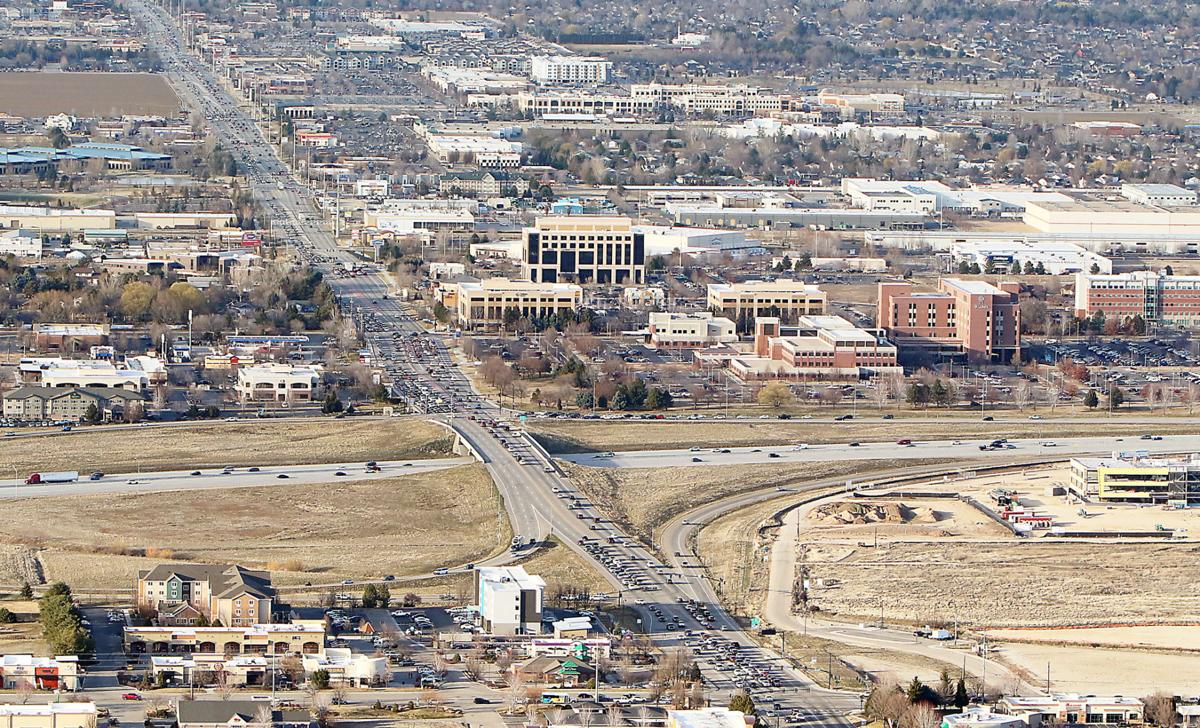 An aerial view of Eagle Road and the I-84 interchange in Meridian, Thursday, March 5, 2020. 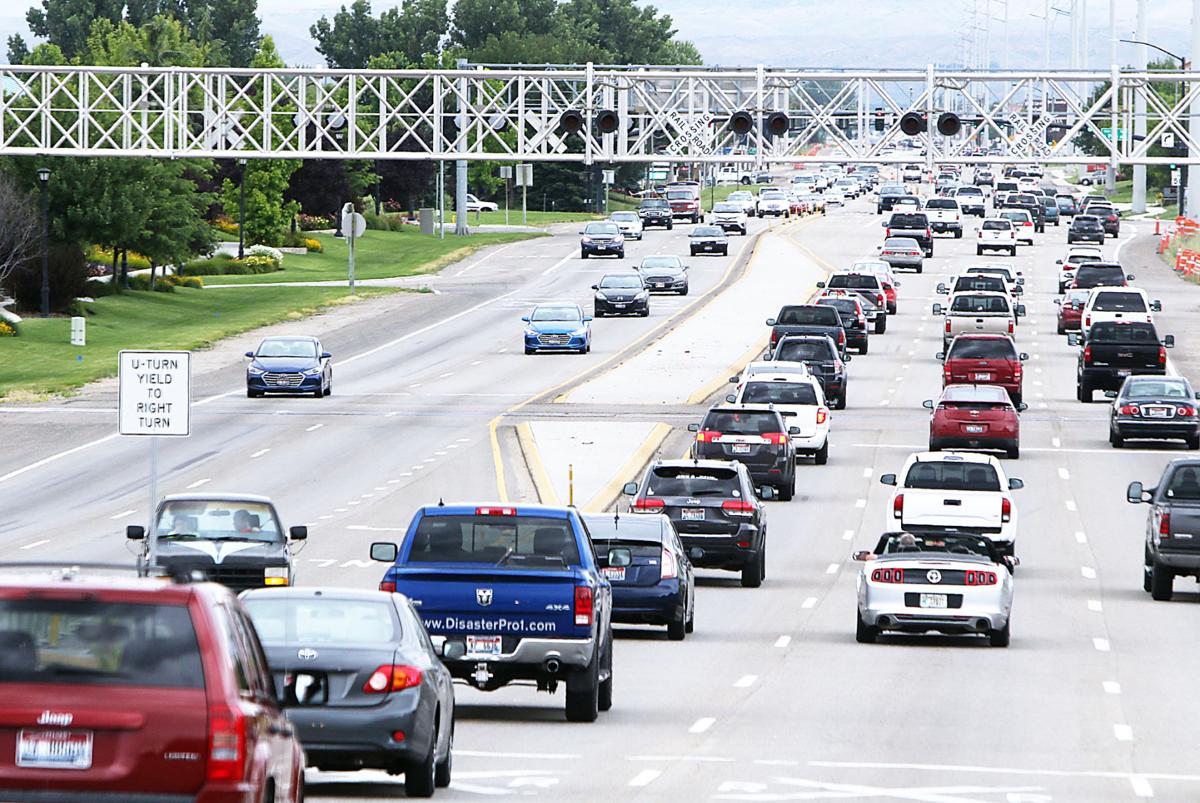 Northbound traffic remains backed up along Eagle Road south of Fairview Avenue in Meridian, even as lights are green, Tuesday, June 25, 2019. 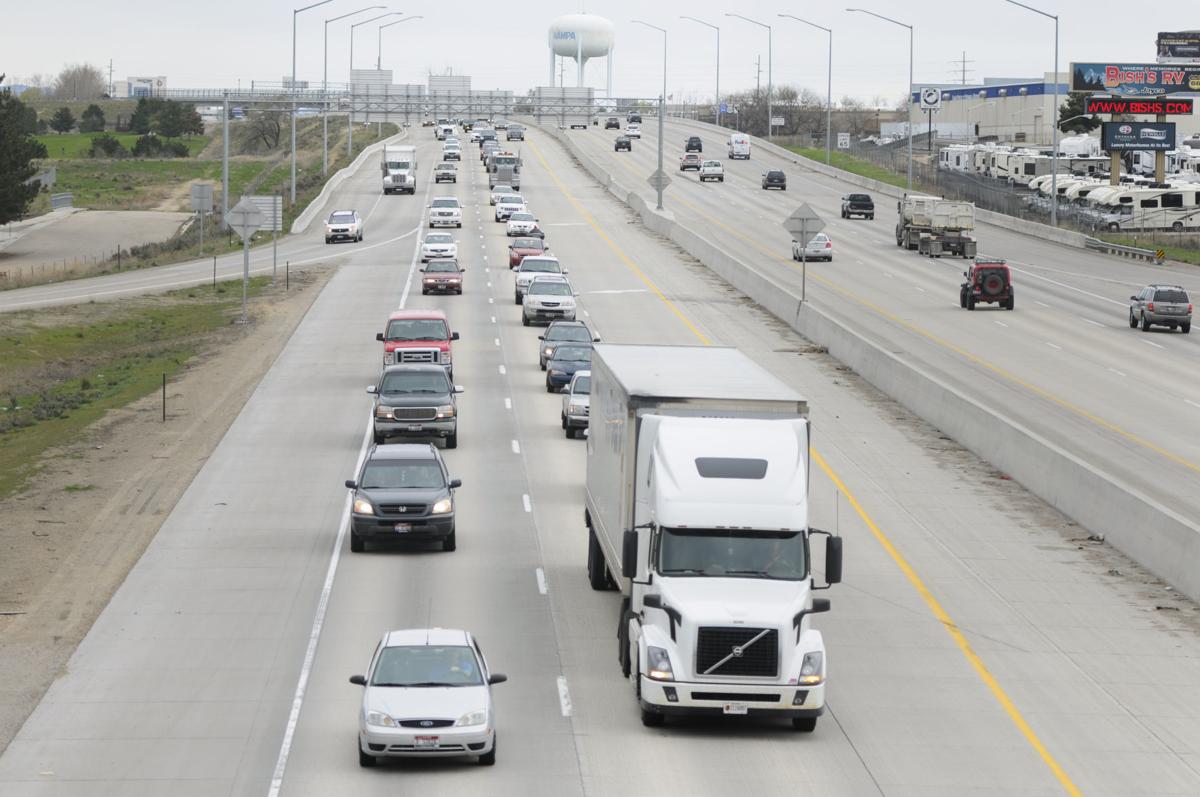 An aerial view of Eagle Road and the I-84 interchange in Meridian, Thursday, March 5, 2020.

Northbound traffic remains backed up along Eagle Road south of Fairview Avenue in Meridian, even as lights are green, Tuesday, June 25, 2019.

BOISE — A Boise State University study shows Idaho has a $241.8 million a year transportation funding gap — that it needs that much more in funding each year just to maintain its current transportation system as is.

With the state on track to rolling up an unprecedented $600 million-plus budget surplus this year, transportation advocates are hoping this is the year that the “stars align” and the state makes significant investments into improving its transportation infrastructure.

Hammon joined a panel at the Associated Taxpayers of Idaho conference in early December that included Vanessa Fry, the lead BSU professor on the study, which was just completed this year.

“Transportation is hugely important to our economic development in the state,” Fry said. “The gap that we found is just under $242 million annually is necessary for the state to maintain existing infrastructure … just to maintain what we have.” She added, “That doesn’t include any capacity or safety enhancements.”

In 2009, a task force appointed by then-Gov. Butch Otter, and chaired by then-Lt. Gov. Brad Little — now the governor — studied Idaho’s transportation system needs and its funding gap. The task force’s final report, published in 2011, found that the state was underfunding transportation by $262 million a year below the amount needed to preserve the system as is. The 2011 report also estimated the state needed to spend another $281 million a year to enhance Idaho’s transportation system, including both state and local roads, to meet capacity and safety needs. All told, that was a $543 million a year funding gap.

Since then, state lawmakers have approved some significant transportation funding increases, including a 7-cent increase in Idaho’s gas tax that passed in 2015, bringing the tax to 32 cents per gallon; along with vehicle registration fee increases. Lawmakers also approved major highway projects funded with bonds issued through the GARVEE program, which stands for Grant Anticipation Revenue Vehicles, a program that allows the state to borrow against its federal highway allocations to fund big projects up front.

In 2017, lawmakers earmarked 1% of the state’s sales tax revenue, after local government revenue sharing, to go to state transportation project costs. This year, according to the state Division of Financial Management, that comes to an estimated $18.7 million; next year, it’ll be $19.6 million.

But the BSU study, which was commissioned from BSU’s Idaho Policy Institute by a group of stakeholders ranging from the state associations of cities, counties and highway districts to the AGC, the Idaho Trucking Association, Simplot Corp. and COMPASS, found that Idaho’s population and the number of vehicles on its roads also has grown significantly.

The study found that 953 of Idaho’s 3,761 bridges are in poor or fair condition, and nearly 45% of the state’s bridges will be 50 years or older by 2021, which typically marks the end of their expected lifespan.

It also found that Idaho drivers are spending an average of $427 per year apiece on repairs related to driving on roads that need repair.

Since 2015, the BSU study found, annual transportation funding in Idaho has risen by about $130 million.

Also joining the panel at the Associated Taxpayers conference was Sen. Chuck Winder, R-Boise, who served on the transportation task force that Little chaired, is a past chairman of the Idaho Transportation Board, and now is the newly elected president pro-tem of the Idaho Senate.

“Transportation’s a huge issue,” Winder said. “We need to get behind it, we need to fund it.”

“The governor, I think, is going to make it an issue and have it be a priority in his budgeting,” Winder told the Associated Taxpayers.

The BSU study looked at an array of funding and financing alternatives used in other states, from expanding local-option taxes, to charging tolls, to impact fees, public-private partnerships, enabling a state “infrastructure bank” that offers low-cost loans to finance state or local transportation projects, and setting aside dedicated funding for transit and bicycle and pedestrian improvements.

Thirty-nine states have set up state infrastructure banks, or SIBs, the study reported. Doing so allows many projects to qualify for significant federal matching funds.

“We’re essentially leaving federal funds on the table by not allowing local jurisdictions to have the match they need to access that money,” Fry said.

Winder said, “I think there’s a way to do some financing that’s not detrimental to the taxpayer, actually helps ‘em in the long run.”

“There is no silver bullet,” he said.

“Ultimately, without adequate investment in its transportation system, Idaho’s economy and its people will be negatively impacted,” the BSU study concluded. “Engaging Idaho residents and key transportation stakeholders in the development of alternatives will determine the revenue and financing sources best equipped to support the state’s transportation system in the long run. This effort is critical to Idaho’s future economic competitiveness and vitality.”