The Idaho Foodbank will move into a Meridian facility on East Commercial Court later this year, expanding its space for food storage. 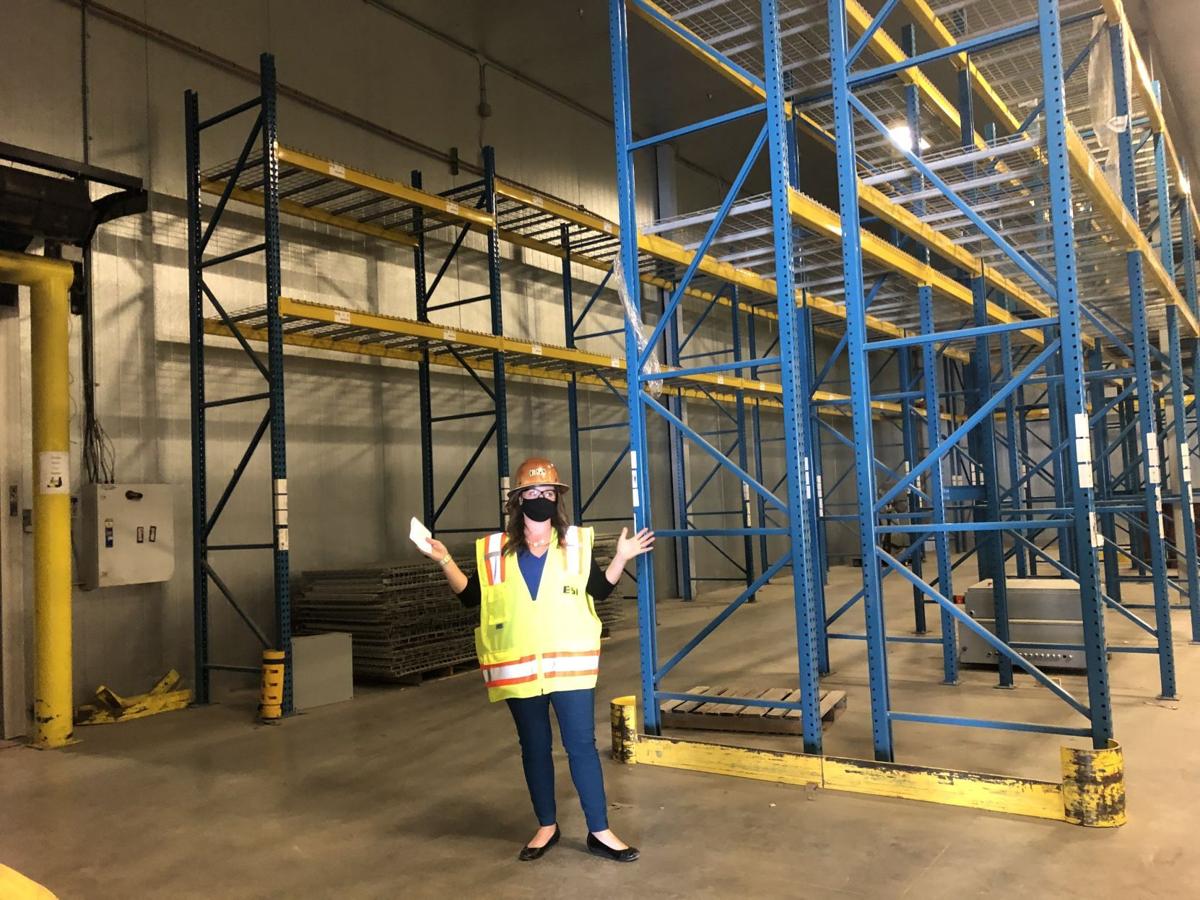 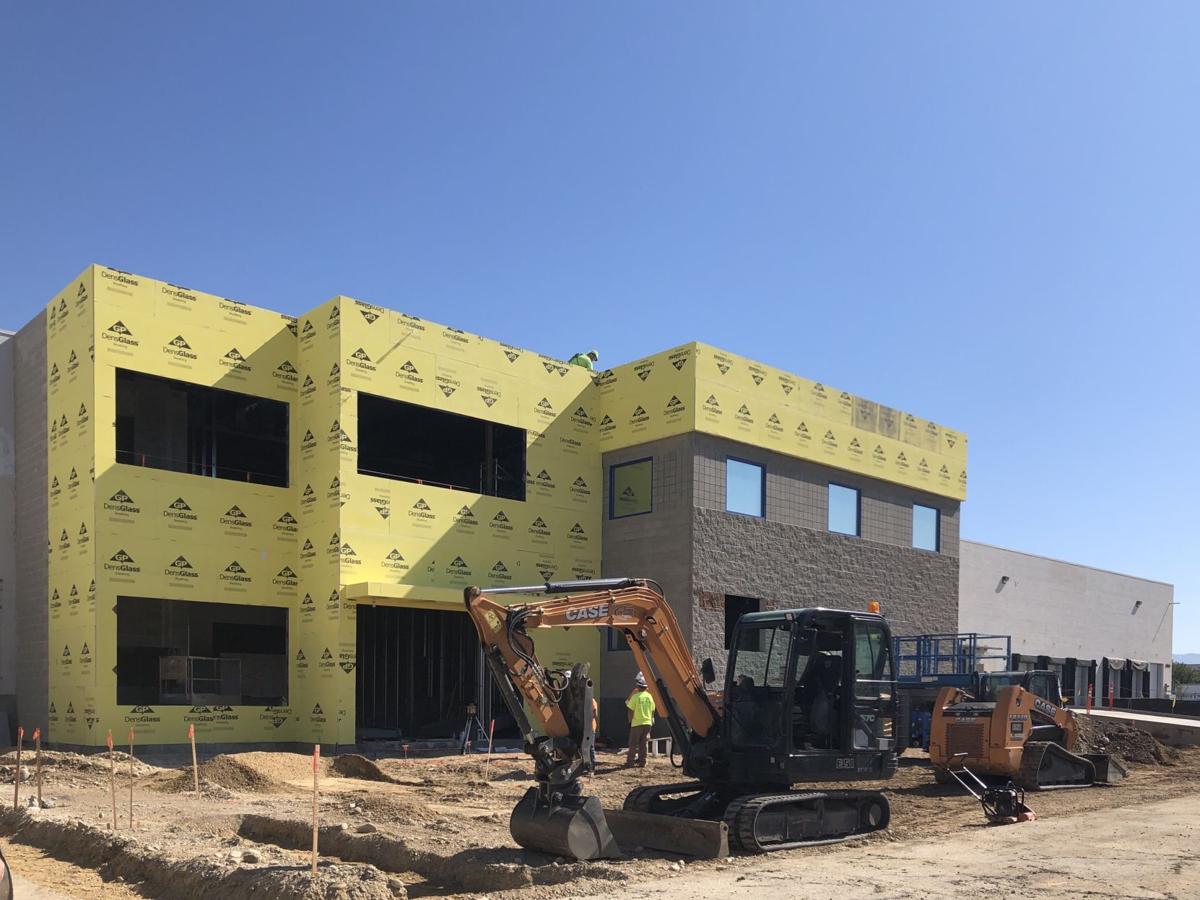 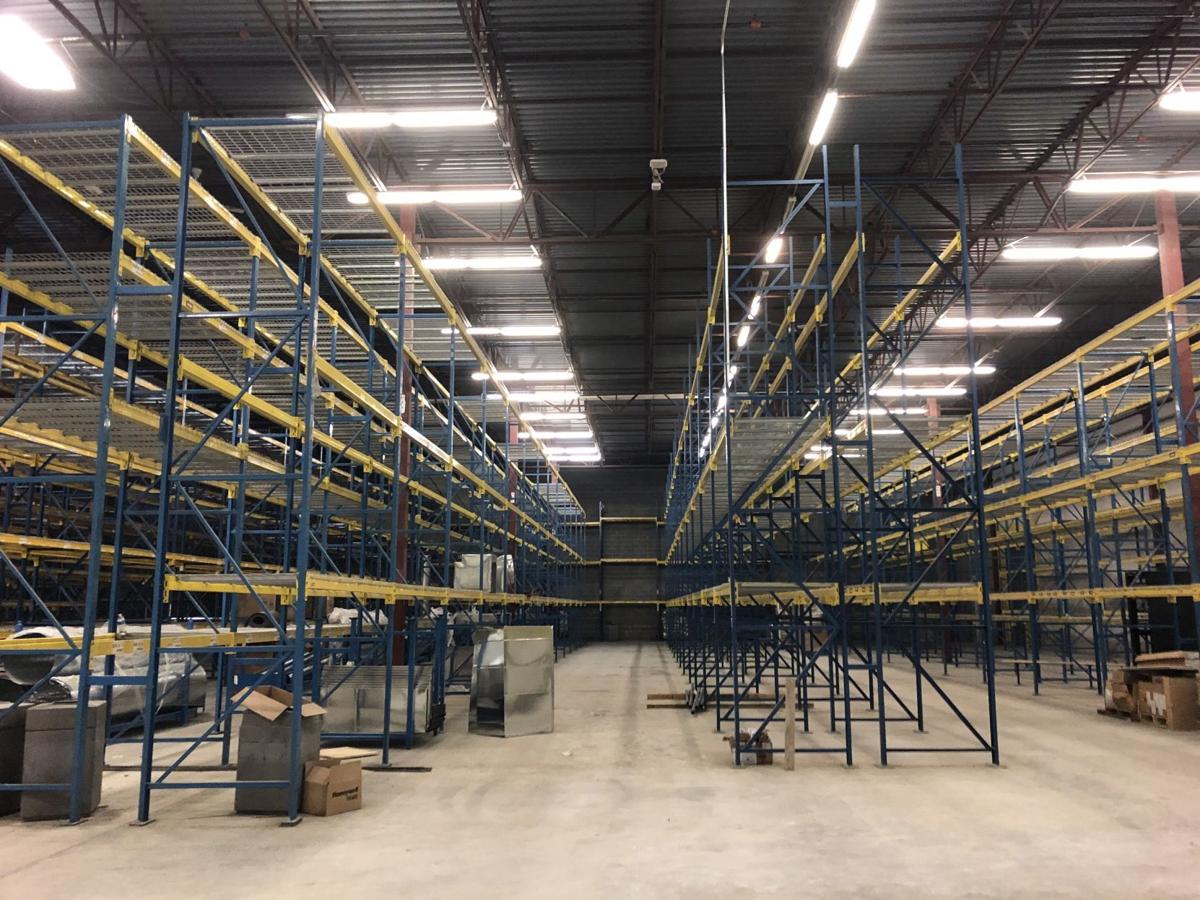 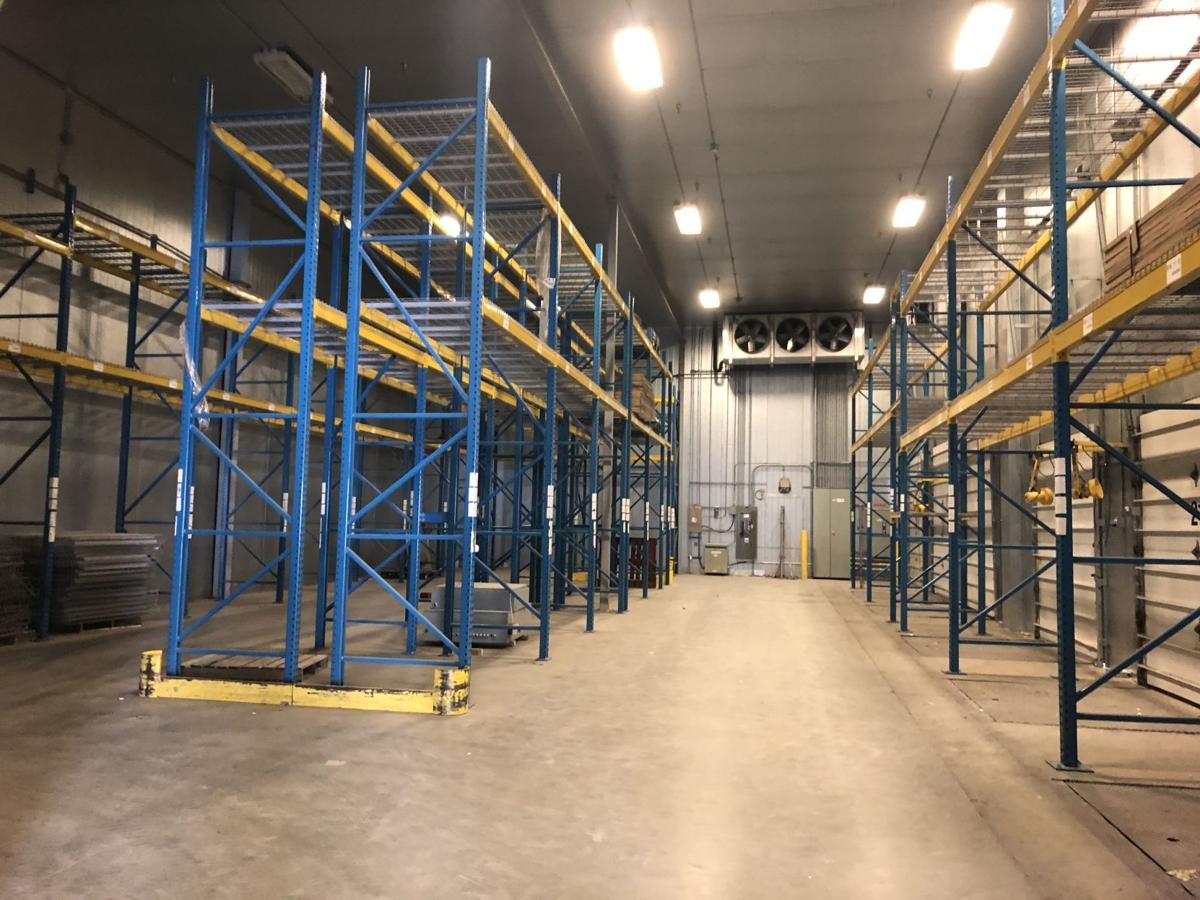 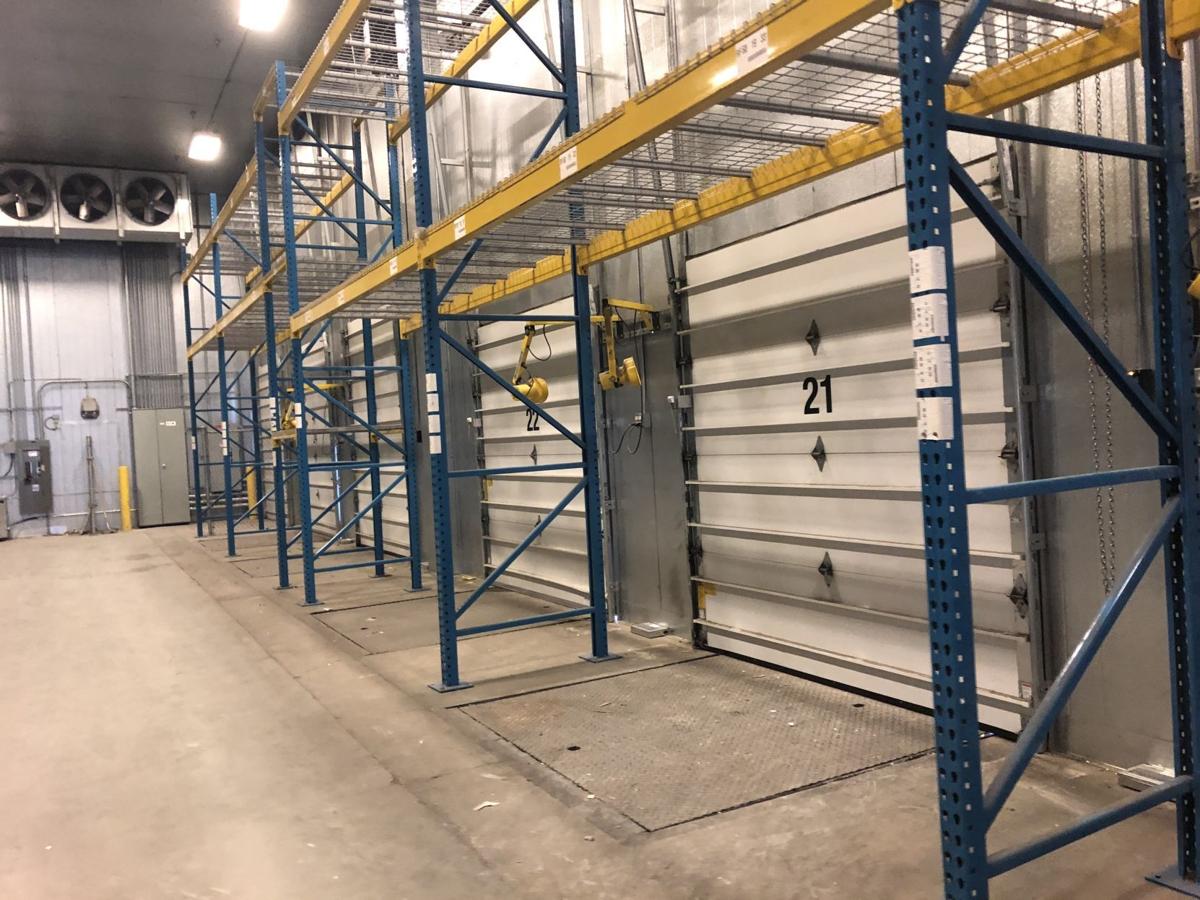 The produce cooler’s doors where perishable items will be delivered to the Idaho Foodbank’s future Meridian location, Tuesday, July 21, 2020. 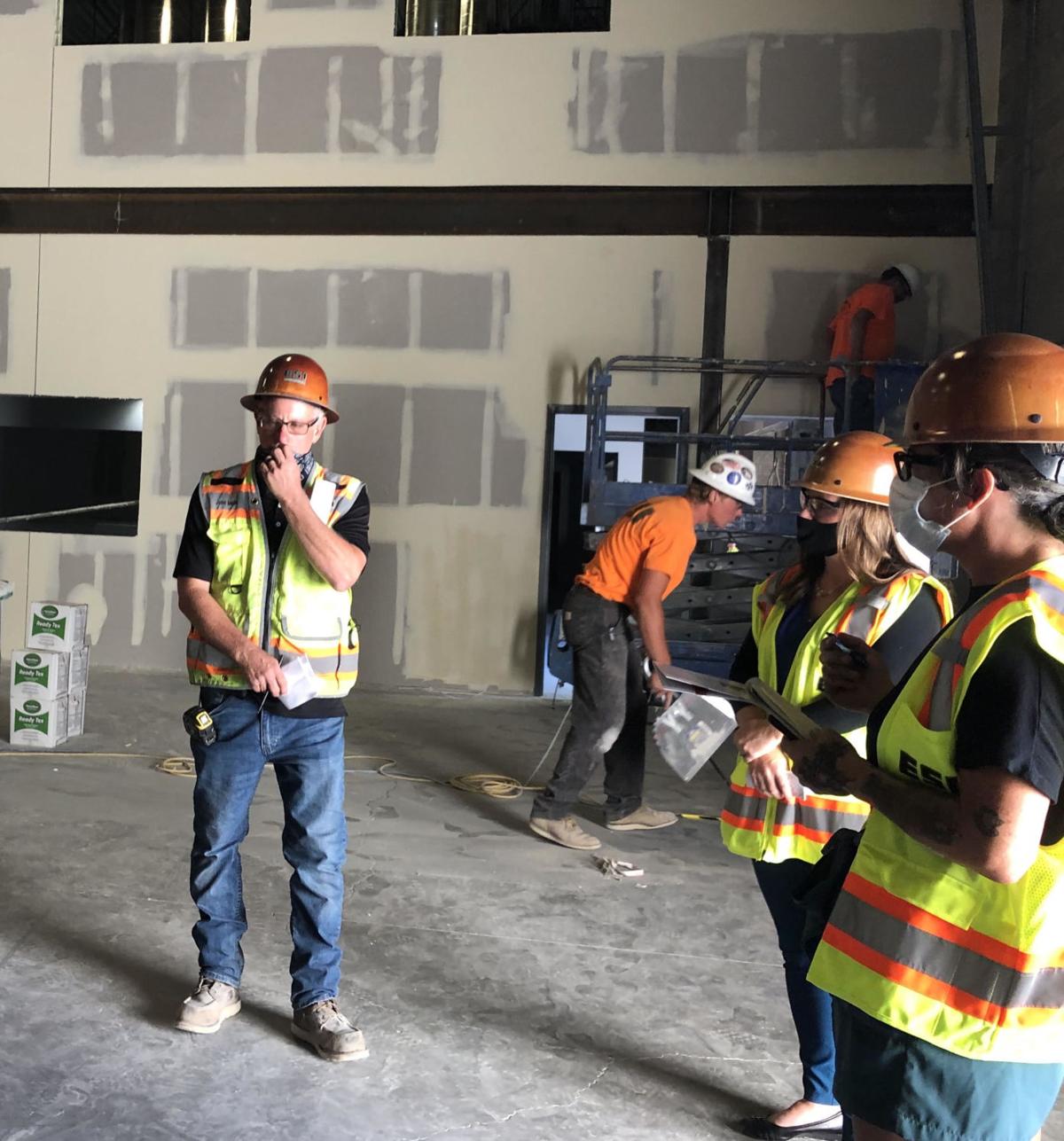 The Idaho Foodbank will move into a Meridian facility on East Commercial Court later this year, expanding its space for food storage.

The produce cooler’s doors where perishable items will be delivered to the Idaho Foodbank’s future Meridian location, Tuesday, July 21, 2020.

MERIDIAN — The Idaho Foodbank, the state’s largest distributor of free food assistance, is expanding into Meridian so it has enough space to meet demand and prevent food waste.

The foodbank on Tuesday held a “groundbreaking” ceremony on a 102,000-square-foot warehouse it purchased last year and is now renovating, at 3630 E. Commercial Court.

The building was not a reaction to COVID-19, but rather a solution to a lack of space to store food and distribute donations. The nonprofit is grateful the pandemic didn't slow construction, Chief Development Officer Morgan Wilson said.

A $1.88 million donation from Capitol Distributing, Inc. and Jacksons Companies helped the foodbank construct the warehouse into a facility perfectly suited for its needs, Wilson said, with three times the space for volunteers and four times the food storage space compared to the Boise facility.

The foodbank has sold the Boise building and is now renting it until it moves out later this year, spokeswoman Susanne Lally said. The foodbank's Pocatello and Lewiston locations will stay open.

Renovations of the Meridian warehouse started in April and will continue until the end of August, ESI Construction Superintendent John Melia said at Tuesday’s event.

The foodbank plans to open its services to the community as early as this fall or early 2021, Lally said.

The nonprofit is 65% to its fundraising goal to complete construction. Another $8.8 million is needed to finish the estimated $13.2 million project, according to the foodbank’s capital campaign announcement.

The building will bring all Boise Idaho Foodbank staff together for the first time in five years, give space to 15,000 volunteers in the Treasure Valley and provide support to over 400 statewide partners, Wilson said.

With the additional space, the foodbank’s goal is to distribute 39% of total pounds of produce, compared to 36% currently, and 15% of dairy products compared to the current 13%. The aim is also to fill the gap for Idahoans who are food insecure and do not qualify for the Supplemental Nutrition Assistance Program.

“When designing we had to think about the maximum level of dollar of all donations,” Andy Erstad said. “If we don’t take care of donations, donors will think twice about donating next.”

The warehouse was perfect for the foodbank because it already had a freezer and storage, Wilson said. The facility includes two coolers, one for produce and another for dairy and protein. The coolers are temperature-controlled with backdoors for delivery, improving the life of perishable items.

The new storage space for cold and dry goods will provide four times the capacity of the foodbank’s Boise warehouse.

The Meridian facility will also have a community and educational space. The organization provides food but also teaches the nutrition of food, Wilson said. The teaching kitchen will have classes on shopping and cooking on a budget.

“The foodbank is one cog committed to ending hunger in Idaho,” Wilson said. “We can help people focus on jobs, physical health and getting on their feet as fast as possible.”

To donate to this effort, visit idahofoodbank.org and choose to send a donation to “A Fresh Approach.”

Prior to the pandemic, 1 in 9 individuals and 1 in 8 children were facing food insecurity in Idaho. Feeding America is now projecting that more than 283,000 Idahoans may experience food insecurity, which equates to 1 in 6 individuals, and 98,000 kids or 1 in 4 of Idaho’s children could be living with hunger.

Food insecurity refers to USDA's measure of lack of access, at times, to enough food for an active, healthy life for all household members and limited or uncertain availability of nutritionally adequate foods.