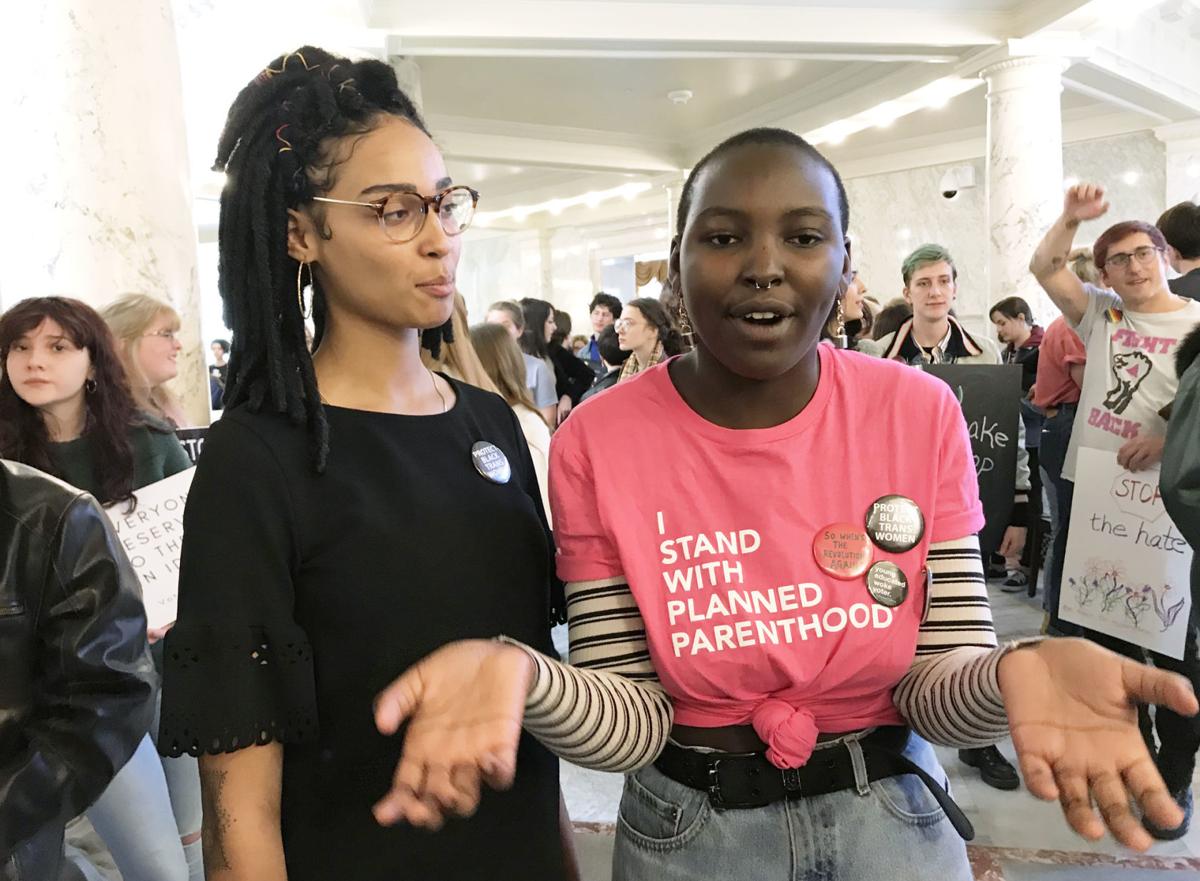 Jenefar Paul, a senior at Mountain View High School, talks about how she helped organize a rally of students on Friday, Feb. 28, 2020, in favor of transgender rights in the Idaho Capitol rotunda; at left is Tanisha Newton. More than 100 high school and middle school students gathered for the rally, upset over two bills that have passed the House. 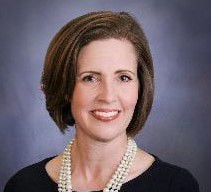 BOISE — Another bill related to transgender laws in Idaho has raised concerns from the Idaho Office of Attorney General regarding constitutionality.

House Bill 509, sponsored by Rep. Julianne Young, R-Blackfoot, would ban transgender people from changing the gender marker on their birth certificate to conform with their gender identity. Passage of the bill would defy a federal court order, but the House voted Thursday 53-16 to send it to the Senate.

Young did not return a call from the Idaho Press seeking comment on Friday.

An analysis from the Idaho Office of Attorney General estimates the state would likely spend more than $1 million defending the legislation in court if the bill passed. The analysis — performed at the request of Rep. John Gannon, D-Boise — notes Idaho would face a steep uphill battle defending the law in court.

“Litigation of this nature is likely to be extremely expensive for the State because an award of attorney fees against the State is likely,” Kane wrote in the analysis, which carried Friday’s date.

The bill would likely violate the 14th Amendment rights of transgender people, and the law would be subject to “heightened scrutiny” from courts, according to the analysis.

“Courts have found that governmental actions distinguishing between transgender and non-transgender individuals is a type of sex-based discrimination,” Kane wrote.

The bill likely would be challenged in court due to a federal district court order, requiring the Idaho Department of Health and Welfare to “begin accepting applications made by transgender people to change the sex listed on their birth certificates on or before April 6, 2018,” according to the analysis. Currently, the department is operating in a way that complies with that order, Kane wrote.

That order came about as the result of a 2017 lawsuit filed against the state. Idaho is one of only a few states in the country banning transgender people from making changes to their birth certificates, according to the website for Lambda Legal, the firm that litigated the case.

But even aside from that order, Kane wrote, attorneys from his office would find it difficult to prove the law is constitutional.

“The State of Idaho will have to prove that the sex change prohibition furthers an important government interest by means substantially related to that interest,” according to the analysis.

“Likely, requiring a doctor to sign off on the amendment to a birth certificate for biological reasons would suffice,” Kane wrote.

However, the problem would then be the fact that some people would be allowed to change their birth certificates under Idaho law while others wouldn’t.

“H. 509 appears to try to thread the rapidly shrinking constitutional eye of a needle,” he wrote. “This office cannot determine at this point whether that eye can be threaded with H. 509, but notes that based on the existent case law it will likely require the State to litigate this matter to the United States Supreme Court.”

HB 509 is one of three bills related to transgender issues brought by Idaho lawmakers this session. The Idaho Office of Attorney General on Tuesday, at the request of an analysis from Rep. Ilana Rubel, D-Boise, voiced concerns about another of those bills — HB 500, which would ban transgender girls and women from playing women’s sports for school teams, and subject any female athlete’s biological gender to dispute. Kane, who also analyzed HB 500, also was worried that bill would violate the equal protection clause of the 14th Amendment as well.

Nevertheless, on Wednesday, the day after Kane sent that analysis to Rubel, the House voted 52-17-1 to send HB 500 to the Senate, where it has since been introduced and referred to the State Affairs Committee.

A third bill — HB 465 — would have made it a felony to provide transgender treatment for anyone younger than 18 years old. But on Thursday, Rep. Greg Chaney, R-Caldwell, chairman of the House Judiciary, Rules and Administration Committee, struck the bill down by announcing he would not grant it a hearing, after hours of emotional testimony the night before.

Still, the House’s passage this week of HB 500 and HB 509 drew a response from the public — on Friday, more than 100 middle and high school students, and some college students, filled the Capitol’s third-floor rotunda to protest the legislation and rally in support of transgender rights.

“If our legislators are not going to fight for the rights of transgender people in our state, we will,” Jenefar Paul, 18, a senior a Mountain View High School, told the Idaho Press.

She led the crowd in chants of “Our house, our people, our rights” and “Trans girls are girls, trans boys are boys, trans people are people.”