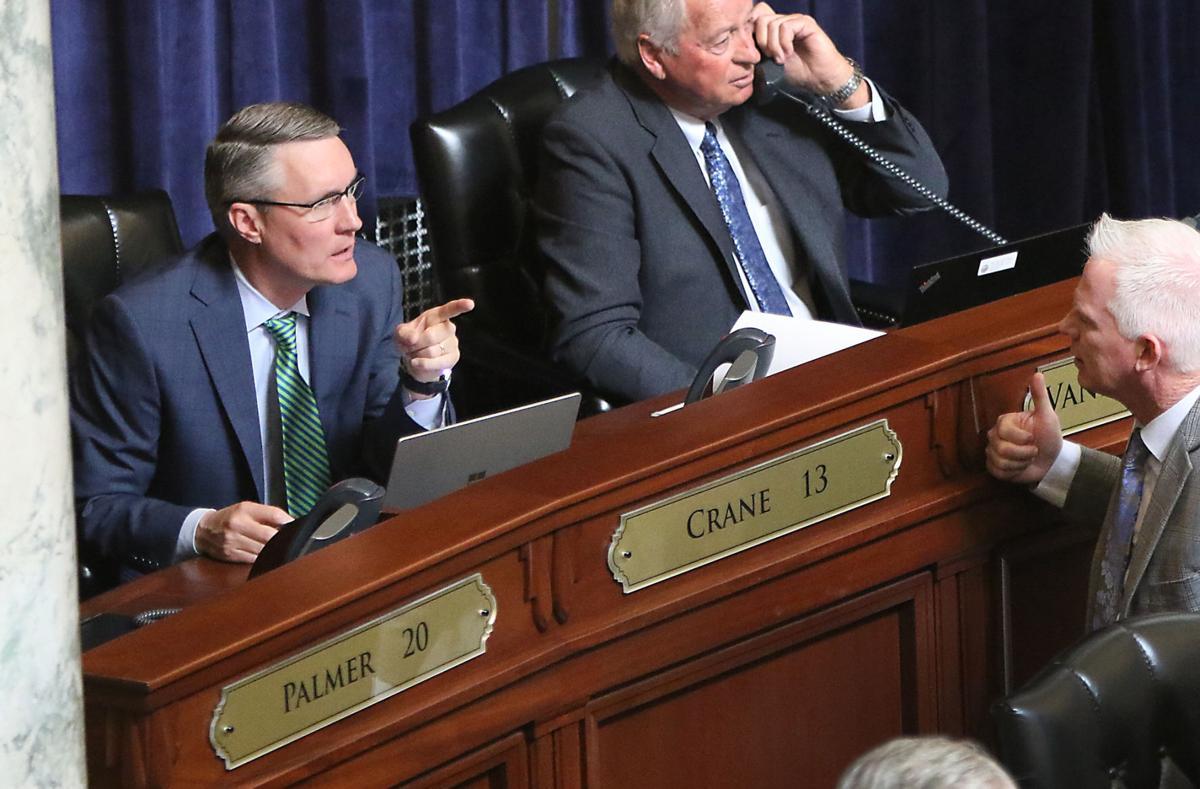 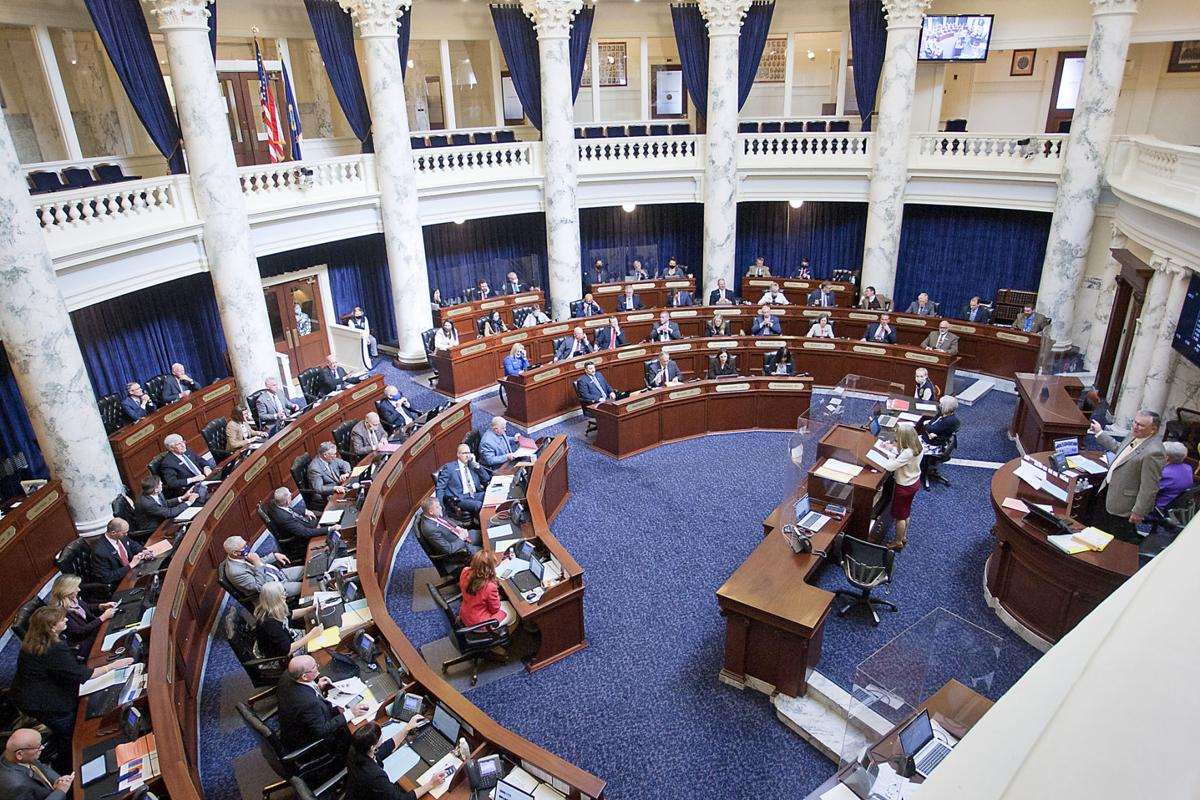 BOISE — The Idaho House on Wednesday voted to override Gov. Brad Little’s veto of an emergency powers bill, just two days after the Senate fell one vote short of doing the same on a companion bill.

The House’s move kicks HB 135aa back to the Senate, where it faces an uncertain fate. Nevertheless, House members spent the morning in a lengthy debate in which members railed against the “tyranny” of the governor exercising emergency powers during the COVID-19 pandemic, with Rep. Tammy Nichols, R-Middleton, declaring, “We do not have a king, we do not have a king in the state of Idaho that dictates to us what our rights are. Those rights are given to us by God.”

The debate came on the 101st day of this year’s legislative session, which now ranks as the third-longest in state history, and it has yet to resolve major issues ranging from school and university funding to tax cuts, transportation funding and property tax relief.

“I think we’re struggling to get to the finish line,” said House Assistant Majority Leader Jason Monks, R-Meridian, the lead sponsor of HB 135aa, which seeks to roll back the governor’s emergency powers and increase those of the Legislature. “From the people I talk to, this is a priority, and we need to get it done before we finish up for the year.”

HB 135aa would limit emergency declarations to 60 days unless the Legislature extends them. It also would limit restrictions that could be imposed during disaster emergencies in Idaho, including restrictions on gatherings, religion, businesses, employment and gun rights.

“It says we make the laws, you get to enforce them,” Monks said during the House debate, referring to the governor.

Fourteen representatives debated in favor of the override, and five debated against, including at least one who voted in favor of HB 135aa earlier. Rep. Greg Chaney, R-Caldwell, told the House, “I don’t feel that most of my constituents, save for perhaps a handful of the loudest, feel that we have done a good job of trying to think through all of the potential emergencies out there. ... There is a growing narrative, and we’re not without fault of assisting in that narrative, that we are more focused on the balance of powers than we are on the underlying policy areas.”

The governor’s veto message said the bill would impair the state’s ability to protect lives and property in disaster emergencies; and to get timely help for areas of the state impacted by disasters, whether they be from floods or wildfires or earthquakes.

“It’s our job to write the playbook, it’s our job to call in the plays,” Chaney said. “So as much as it may be uncomfortable, it’s the executive branch’s job to execute the plays. ... It’s the struggle for power between those branches that makes us a state and a nation of limited government.”

Rep. Brent Crane, R-Nampa, said, “Idahoans value freedom, and I agree that our constitutional rights can never be outright suspended, especially during emergencies.” He said if a governor in an emergency can suspend 1st Amendment rights to gather or attend large church services, “What about our 2nd Amendment? What if we have a governor who is very anti-2nd Amendment?”

Rep. John Gannon, D-Boise, told the House, “There can be little question that what this bill does is bring this Legislature even closer to being a year-round Legislature, and I don’t think the people of Idaho want that.” Lawmakers have been discussing the emergency-powers changes since August, he said. “It’s been 100 days, the bill finally got to the governor. The Legislature can’t act very quickly. That’s the point.”

Rep. John Vander Woude, R-Nampa, countered, “This bill has been worked on from the beginning of the session. It’s not an idea that’s popped up on Day 99. ... It’s time that we as a legislative body exercise our oversight of the executive branch and stand our ground as the representatives of the good people of the state of Idaho.”

The House voted 48-19 in favor of overriding the veto, meeting the two-thirds margin required. But it takes two-thirds of each house to override a veto.

Here are some of the other major legislative developments on Wednesday:

After the House voted down major budgets for public school teachers and state colleges and universities in the past week and a half over fears of “social justice” and “critical race theory” issues on campus, a third version of a bill was introduced Wednesday to try to allay those fears and ease the way for the budgets to pass. The new bill, HB 377, is scheduled for a full hearing in the House Education Committee on Thursday morning. It would forbid any instruction in Idaho schools or colleges that would “direct or compel” students to adopt certain racist or sexist tenets, including “that any sex, race, ethnicity, religion, color, or national origin is inherently superior or inferior.”

The new bill, presented to the House Ways & Means Committee by Reps. Wendy Horman, R-Idaho Falls, and Julianne Young, R-Blackfoot, removes all references to defining discussions of racism or sexism in schools or colleges as “sectarianism,” which was in the previous version that Young proposed; and also removes all references to banning books on Idaho’s high school or college campuses — a major concern that was immediately raised after previous version was introduced a day earlier.

Harris, R-Meridian, said the new version has three changes: It removes a clause that would have permanently deprived cities and counties from receiving their 11.5% share of sales tax revenues from online sales starting in 2024; it cuts the number of Idaho individual income tax brackets from seven to five, by eliminating the second-lowest and second-highest brackets and blending them with the brackets above them; and it changes the mechanism for transferring funds for a one-time $220 million rebate to Idaho taxpayers who filed income tax returns in 2019, without changing the amounts.

There was little discussion of the effect of the changes, which changed the total general fund impact of the tax bill in its first year to $382.9 million, down $6.5 million from HB 332. Senators have proposed a half-dozen amendments to HB 332, but they haven’t yet amended the bill. “There has been some discussion in the Senate that we give them a clean, maybe faster option,” Harris said.

A party-line vote sent the new bill directly to the full House without further hearing.

THE SESSION’S SO LONG THAT…

Idaho last had to enact such a provision in 2009, when the session that year ran through May 8. It was the second-longest session in Idaho history at 117 days; the longest was 118 days in 2003.