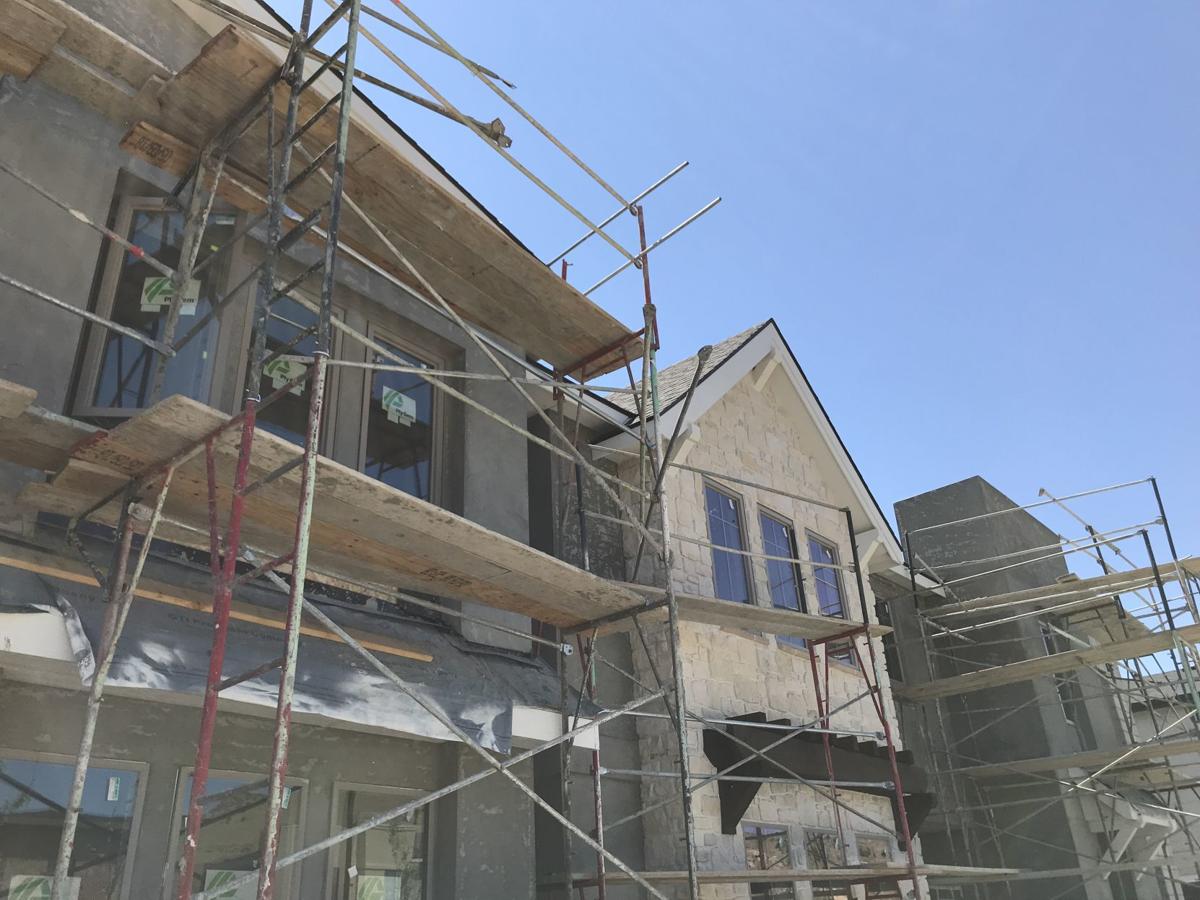 New homes under construction in the Harris Ranch development in southeast Boise in early July of 2019.

BOISE — Ada County Assessor Bob McQuade was exhausted as he wrapped up hearings in roughly 1,000 property tax appeals, all of which, by law, had to be completed by last Monday.

Ada County saw the most property tax appeals filed since 2011; in Bannock County in eastern Idaho, there were so many that the state is extending the deadline, according to the state Tax Commission.

That’s also fueling a push to bring back the indexing of Idaho’s homeowner’s exemption from property taxes, which used to be pegged to home prices before state lawmakers capped it in 2016.

“When values in one type of property — primary residential — increase faster than those in other types, such as commercial, farms, timber, then taxes increase faster for that sector,” said Alan Dornfest, property tax policy chief for the Tax Commission.

“So residential has gone up, and commercial is down,” he said. “This is a big change. Even though it’s only 2 percent, it’s a big change.”

Overall, Idahoans paid 6.4% more in property taxes in 2018 than they did the previous year, the highest increase since 2008, with the increase distributed across all major types of taxing districts, from cities and counties to school districts and highway districts. Taxable values rose 10.6%, the largest increase since 2007.

“The 2018 value gains were more concentrated in residential property sectors, indicating a tax shift in terms of the proportion of property tax paid by this sector,” Dornfest wrote in his annual report. “Because of caps that limit the amount by which most property tax budgets of taxing districts can grow each year, tax rates tend to decrease when values rise. This effect was observable in 2018, with the 10.6% overall increase in value translating into a 6.4% overall increase in tax. As a result, statewide overall average tax rates dropped 3.8% this year.”

The average property tax levy statewide, across all taxing districts is 1.247%, the lowest rate since 2010.

Several factors are driving the increase in the burden to residential property. Idaho has seen significant new home construction, adding to the pool of values being taxed, and home prices are shooting up much faster than commercial property values. There’s a third factor that’s specifically hitting owner-occupied homes: Idaho lawmakers’ move to cap the homeowner’s exemption from property taxes in 2016.

Earlier this year, Rep. John Vander Woude, R-Nampa, and Sen. Maryanne Jordan, D-Boise, introduced bipartisan legislation to remove the cap and bring back the annual indexing of the exemption to the Idaho Housing Price Index. The bill, introduced late in the legislative session in March, didn’t get a hearing. Jordan promised to bring it back next year.

The homeowner’s exemption exempts roughly half the value of an owner-occupied home from property taxes; the amount has varied over the years. It was created by voter initiative in 1983 and dubbed the “50-50” exemption; at that time, it was capped at $50,000 or 50% of the value of the home — whichever is less. That amount remained unchanged from 1983 until 2006, causing it to fall far below 50% of most Idaho homes’ values.

In 2016, when the exemption was poised to again exceed $100,000, lawmakers removed the indexing and capped the exemption at $100,000 at the urging of the Idaho Association of Realtors and business and agriculture interests. So, from that point on, any home valued at $200,000 or more got less than a 50% exemption.

Because of the way Idaho’s property tax system works, an exemption doesn’t change the total amount of property taxes collected, it just shifts the burden so that those not subject to the exemption pay a little more to make up the difference. The homeowner’s exemption is among a wide array of exemptions, agricultural and timber land, job-creation and disabled veterans among them. The budget for property-tax supported services is divided by the taxable value of the county or district to determine each individual taxpayer’s tax bill.

According to Dornfest’s report, the 65.8% share of property taxes paid by owners of residential property owners in 2018 was split between homeowners, who paid 46.8%, and owners of rental property, who don’t get the homeowner’s exemption and paid 19% of the total taxes.

In 2018, Dornfest found, “Primary residential taxes increased more rapidly — 8.8% — than overall property taxes — 6.4%. Some of this increase was absorbed by new construction.”

When Dornfest subtracted out new construction, his figures showed existing Idaho homeowners saw their taxes go up 6.1% in 2018, while existing rental-property owners saw a 5.4% increase. Owners of existing commercial property saw just a 0.2% increase in their taxes.

“Ag and timber have values required by law to be smoothed over several years,” Dornfest noted, and thus tend to be more stable than residential property values.

“So that’s certainly a big piece of this shift," McQuade said.

The capping of the homeowner’s exemption at $100,000, since it exempts half the taxable value, meant higher tax increases for owners of homes valued at more than $200,000. In May, the Boise Regional Realtors reported that the median home sale price in Ada County was $342,990.

If a homeowner has a home with that value, Idaho’s maximum homeowner’s exemption would exempt only 29% of the value from tax, rather than the 50% break that lower-priced homes get.

Dornfest estimated that 40 to 50 percent of Idaho’s owner-occupied homes statewide have values of less than $200,000.

“I personally really favor going back to the indexed homestead exemption,” McQuade said. “Certainly we would have some benefit by it. … As we move on down the road, house prices are increasing, and there is no change to the homeowner’s exemption. In real terms, that value is becoming less and less.”