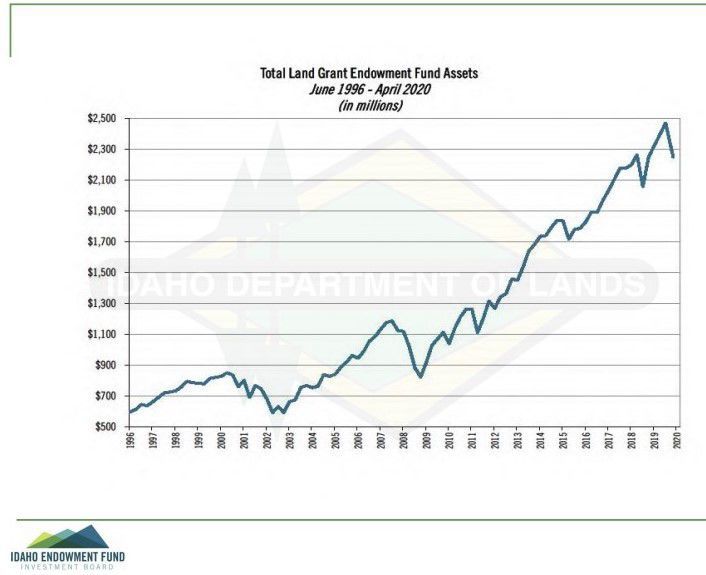 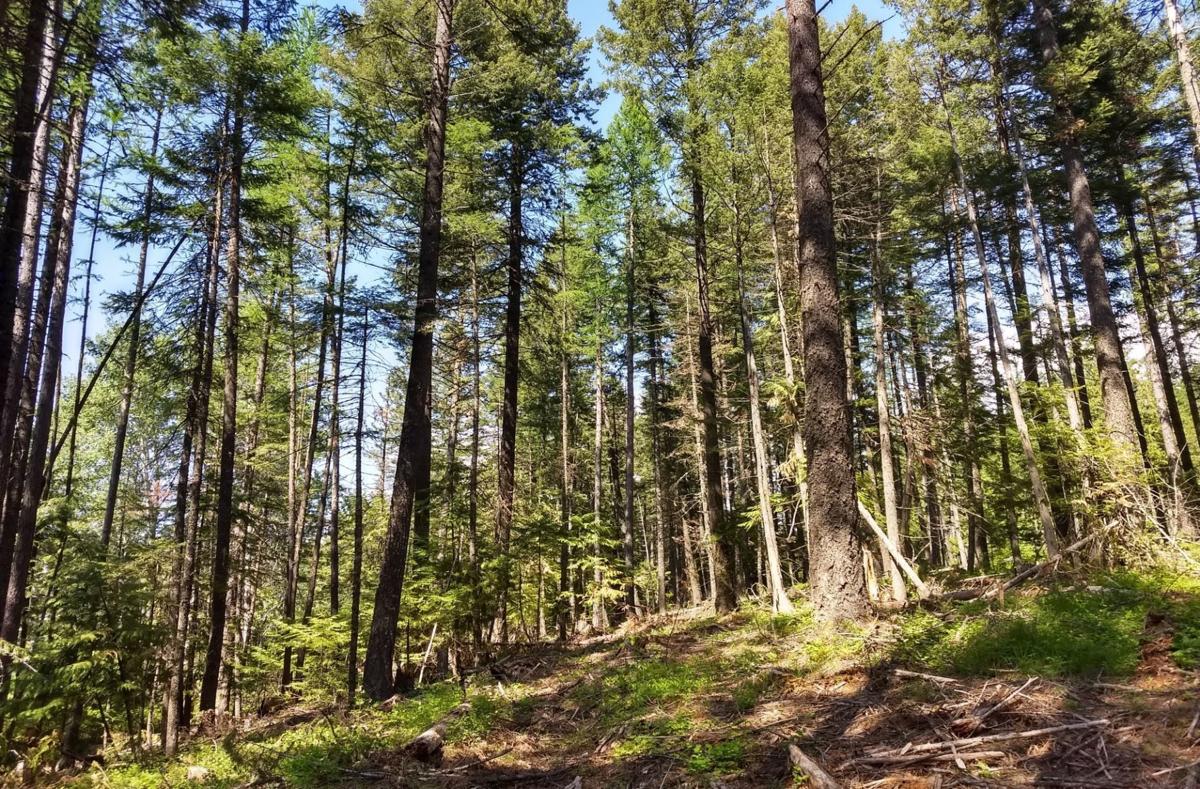 This photo shows some of the timber land that the Idaho Department of Lands purchased in North Idaho in 2019, to replace cabin sites and commercial properties that the state endowment sold at auction.

This photo shows some of the timber land that the Idaho Department of Lands purchased in North Idaho in 2019, to replace cabin sites and commercial properties that the state endowment sold at auction.

BOISE — Gov. Brad Little’s motion died for lack of a second on Tuesday, when he attempted to persuade his fellow state Land Board members to shift $50 million in cottage site and commercial property sale proceeds directly into the state’s permanent endowment fund rather than reinvest it into timber land in Idaho.

Idaho has had a reinvestment strategy in place since before Little was elected that calls for proceeds from the endowment land sales, which are expected to amount to more than $250 million all told, to go into a Land Bank fund for five years. There, they’d be available for reinvestment into property that meets the state’s long-term revenue goals for the state endowment, mainly timber-producing land.

If not reinvested within five years, the money reverts to the permanent fund; that’s already happened to $47 million in 2014, while $50 million has been spent to acquire timber-producing land for the state in northern Idaho. The fund currently has a balance of more than $128 million; another $30 million still is expected to come in from state-owned lake cottage site sales.

Idaho’s endowment is required by the state Constitution to be invested for the maximum long-term proceeds for the endowment’s beneficiaries, the largest of which is Idaho’s K-12 public schools.

But there’s been pushback, especially from timber counties, about the idea of the state purchasing more timber land within their boundaries, which takes it off the property tax rolls; the endowment, as a government entity, doesn’t pay property tax.

“We as Land Board members have heard at public meetings the concern about buying timber lands, taking other fee ground off the tax rolls, and how that impacts our rural counties and the property taxes,” Little said at Tuesday’s Land Board meeting, which was held by teleconference. “We never got the credit for the cabin sites we put on the tax rolls,” he said, which were at Priest Lake and Payette Lake. “But that was basically in two counties. The other counties, it could have a significant effect.”

Idaho Attorney General Lawrence Wasden argued against the change, noting that the Land Board has a fiduciary duty under the state Constitution to manage its assets for maximum long-term returns. “That’s a trust obligation,” Wasden said.

Wasden, Little and financial expert and longtime Boise Cascade official Irv Littman, a member of the state’s Endowment Fund Investment Board, served on a subcommittee that studied the issue; the committee voted 2-1 in favor of Little’s proposal, with Wasden submitting a minority report.

Little said, “I do want to go on the record that I do think some of these cash assets should go into financial assets instead of real estate, but I can count votes. But I want the record to reflect that I think it’s a mistake not to put more of these assets” into the permanent fund.

Little said while it’s in the Land Bank, the money earns low interest rates in the state’s idle fund, managed by the state treasurer, that barely exceed 1%. His proposal, he said, “does take that money and put it to work at a time when I believe it has to be worked.”

Wasden said the Land Board is legally obligated to follow the “prudent investor” rule in making investment decisions, and that includes consulting with its expert financial advisers on investment moves. “We shouldn’t make decisions based upon our personal feelings, our political viewpoint, idealistic views,” he said.

He noted that Little first proposed shifting 50% of the fund’s balance into the permanent endowment fund; then compromised at $50 million to win Littman’s vote.

“With all due respect, essentially that number was simply plucked out of the air,” Wasden said. “We don’t have evidence that sustains that determination.”

“I understand the concerns of the local governments concerning property taxes, but that’s part of the process of what we do with the Land Board,” Wasden said. “And our responsibility is to the beneficiaries. It isn’t to anybody else.”

State Controller Brandon Woolf said he thought both the governor’s proposal and Wasden’s were reasonable. “You can’t have a wrong or a bad choice here,” Woolf said. “I think it’s a choice between good, better and best.”

Woolf, Wasden, Secretary of State Lawerence Denney and state Superintendent of Public Instruction Sherri Ybarra all joined in the unanimous vote to support Wasden’s proposal rather than Little’s; Wasden moved to stick with the current reinvestment strategy but also request more updated reports on land values and options.

Idaho’s permanent endowment fund, which is invested in a mix of investments including the stock market, has seen some ups and downs, but has generally had some of the strongest long-term returns among similar funds around the country. The fund has grown from about $600 million in 1996 to the current $2.25 billion. That figure is down from its all-time high in 2019, when it briefly approached $2.5 billion before declining back to roughly 2018 levels.

Chris Anton, investment manager, told the board that as of Monday, the fund had recovered all but 0.1% of its losses this year from the market’s huge downturn as the coronavirus pandemic hit.

“We’re very close to break-even,” he said, after taking an 18.5% hit as of March 23, the low point. The fund’s investment earnings, along with those from state timber sales and grazing leases, pay for multimillion-dollar distributions to endowment beneficiaries each year, including schools, prisons, and state colleges and universities.

Anton said the fund has seen very strong growth over the past 20 years. “Overall, given the volatility, we’re in … a pretty healthy position,” he said.

Little said he also was concerned about the potential impacts of catastrophic wildfires on the state’s timber holdings. He said his proposal to shift the $50 million would have affected “only 1.5% of the portfolio.”

Little has been raising concerns about the reinvestment policy since he was elected; that prompted the formation of the subcommittee, which met multiple times before presenting its recommendations to the full Land Board on Tuesday.

Idaho’s endowment comes from lands the state received in a federal land grant at statehood, with the sale of some of those over the state’s history resulting in the proceeds that make up the permanent endowment fund. It originally was invested only in very safe, low-yield bonds, but a 1988 state constitutional amendment approved by voters allowed riskier, higher-yielding investments including stocks.