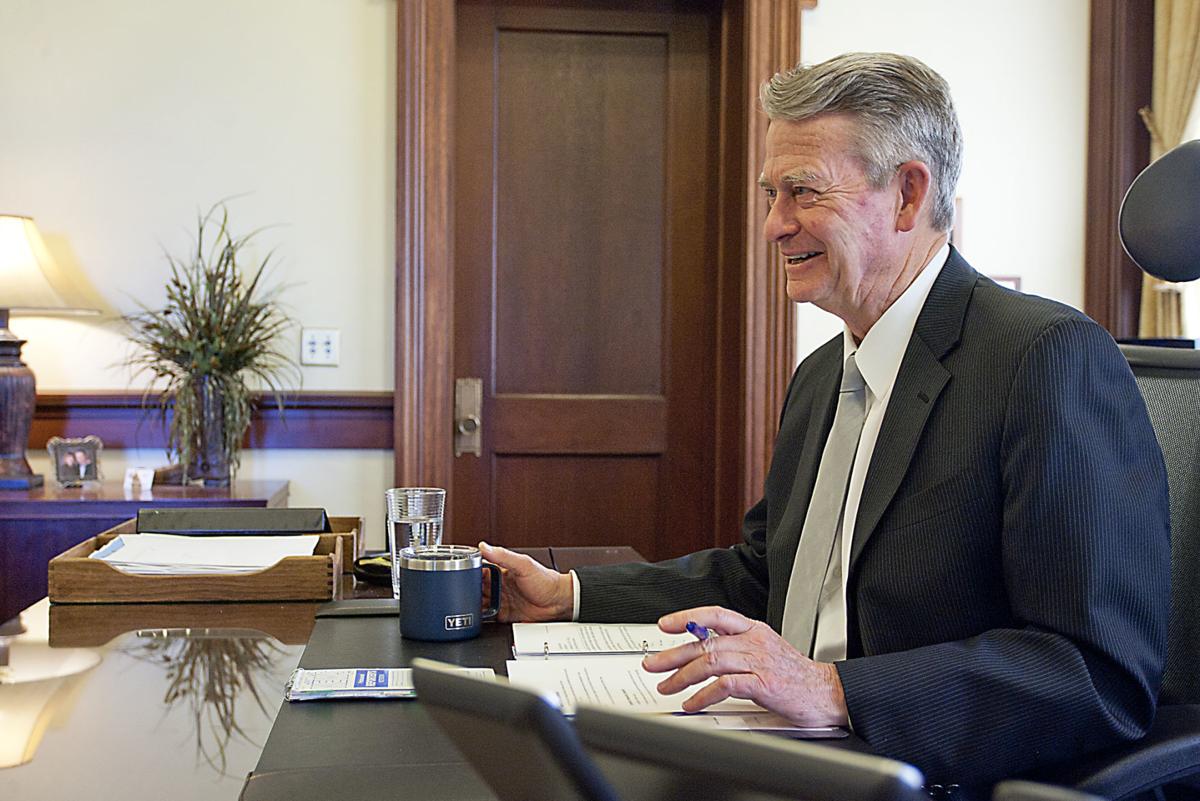 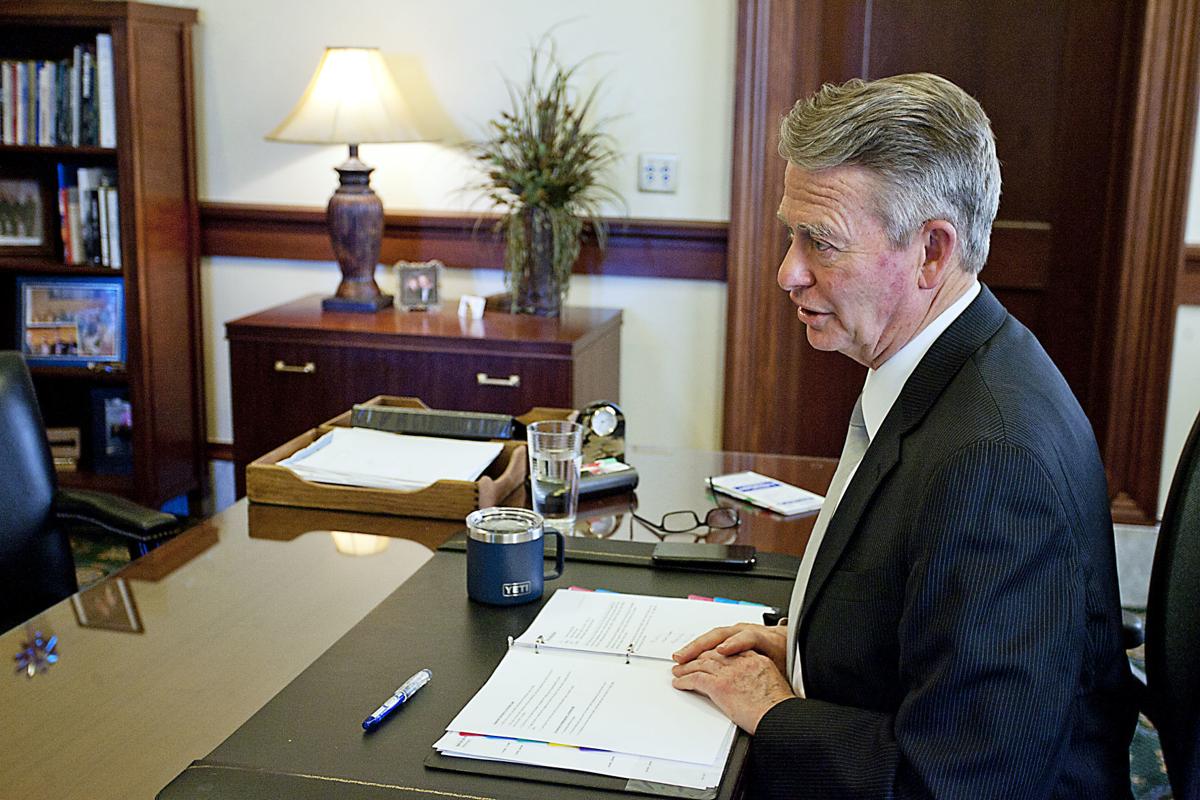 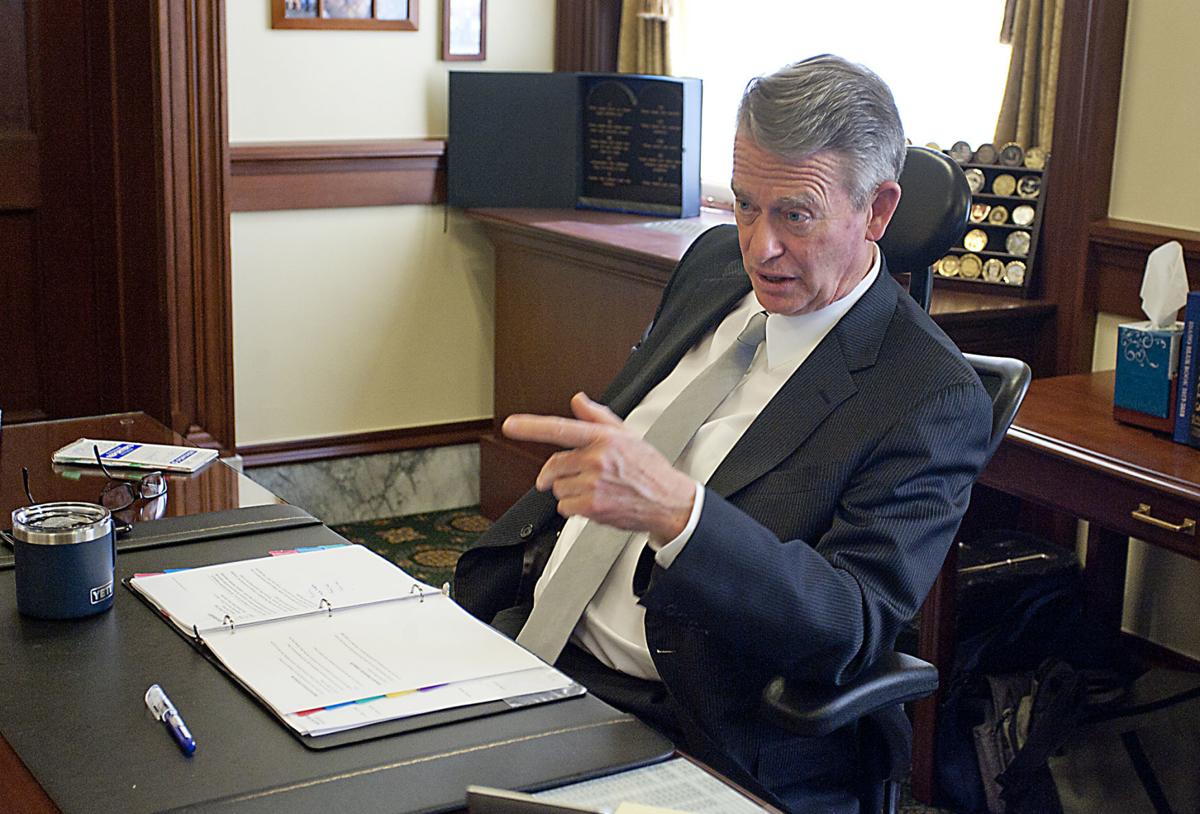 Gov. Brad Little in his office at the state Capitol, Wednesday, April 24, 2019. "My goal is to have everybody’s wages going up, based on market conditions," Little said. 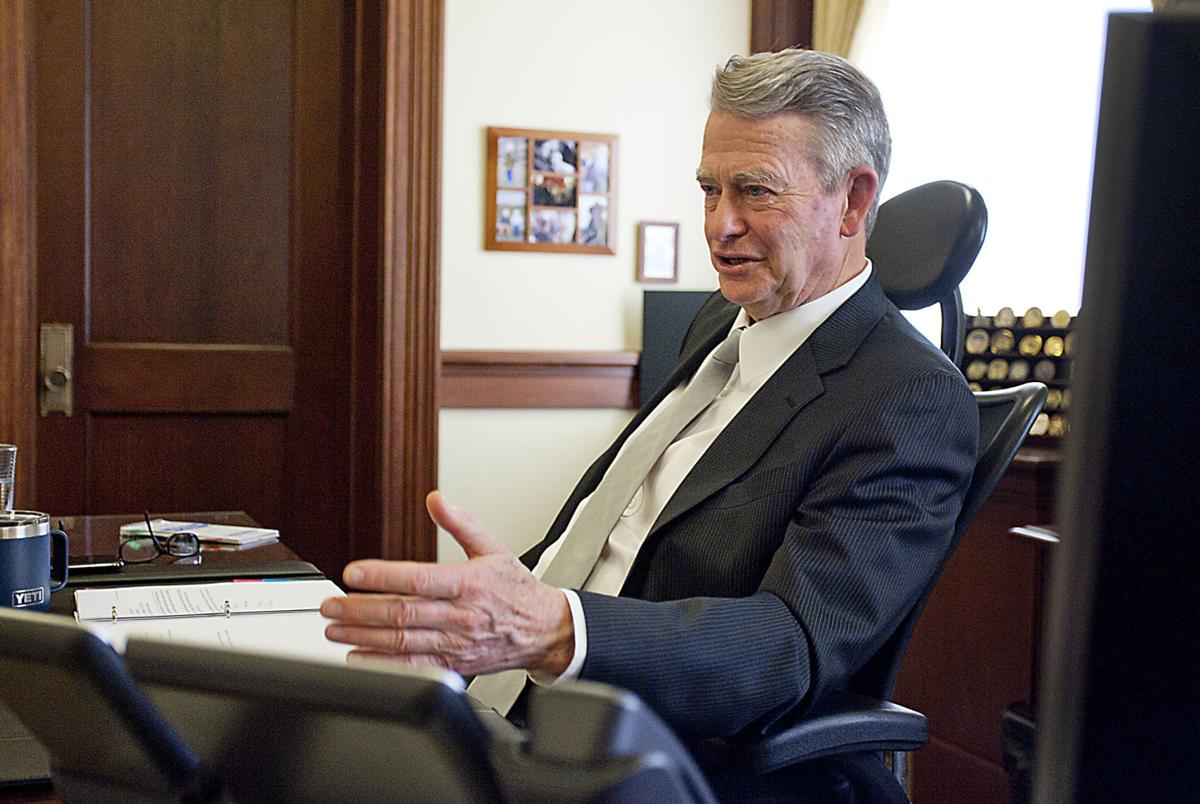 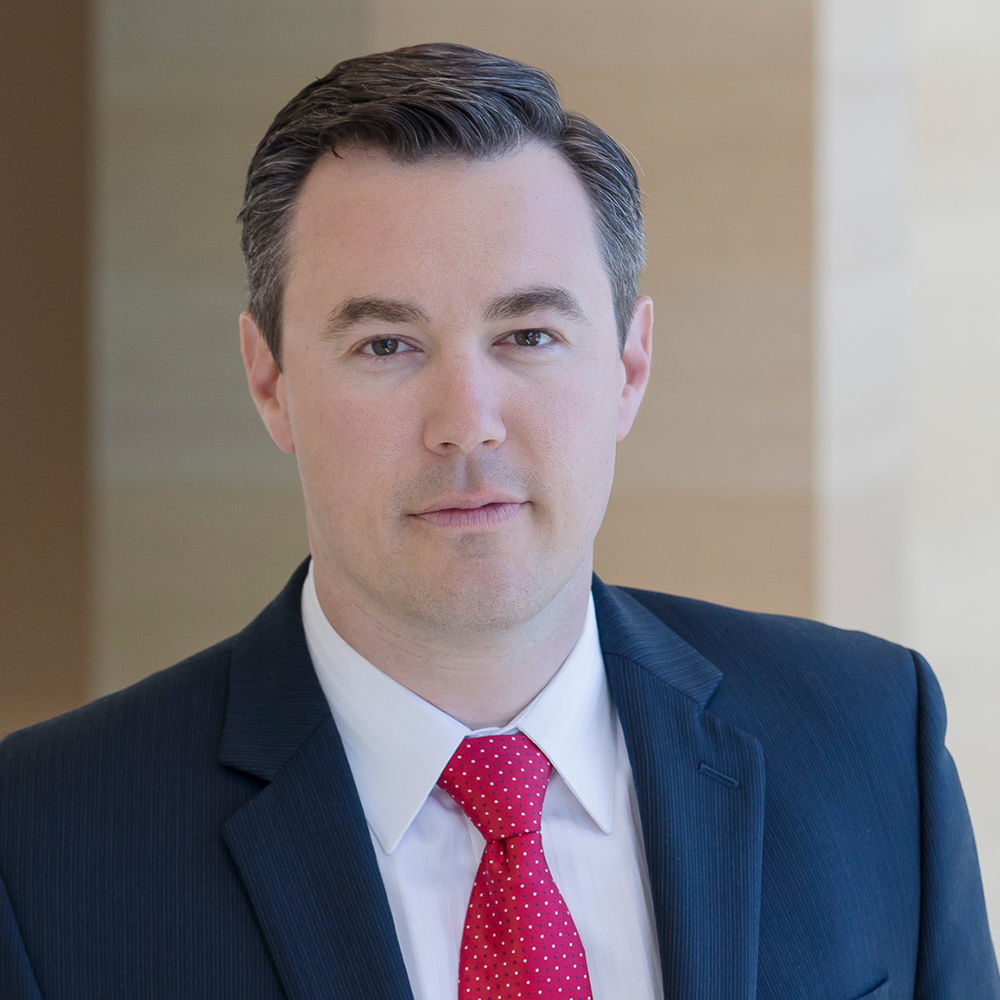 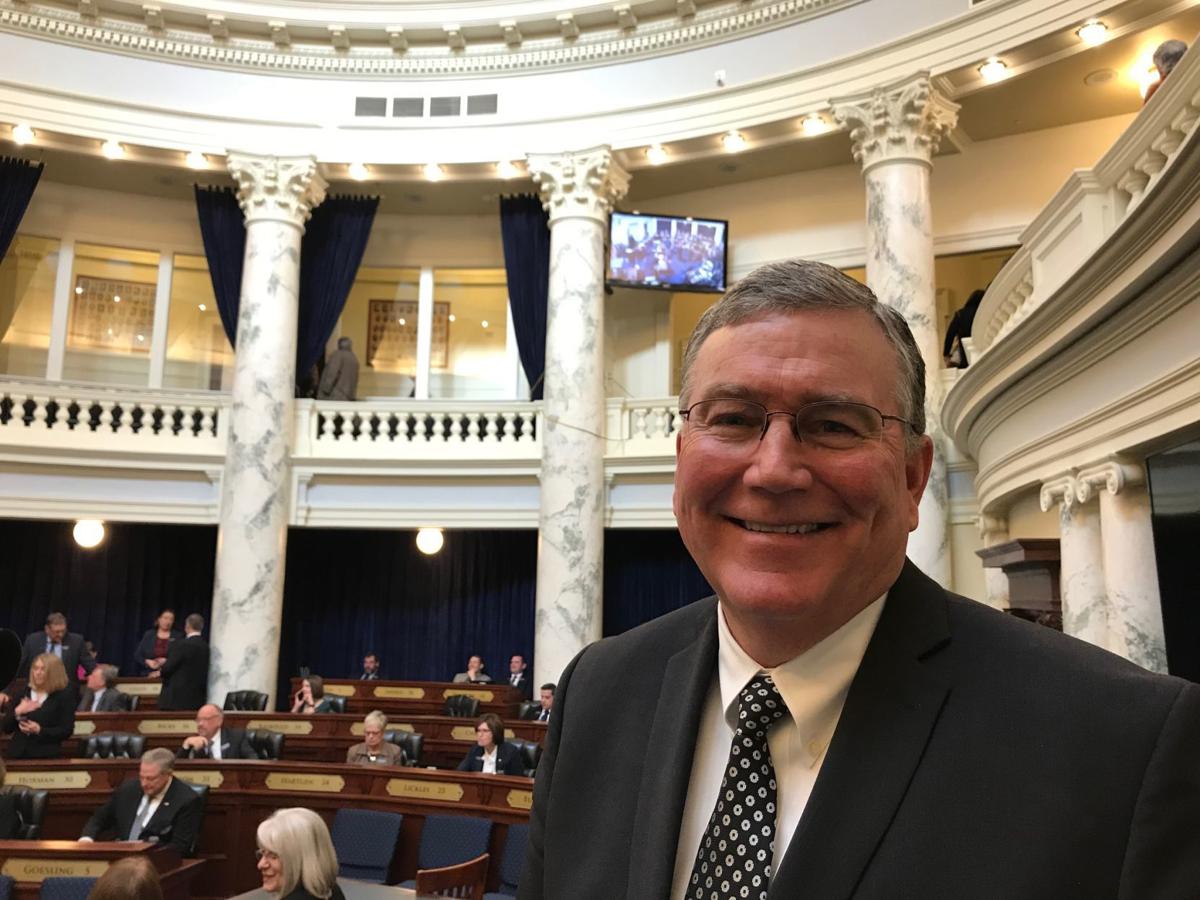 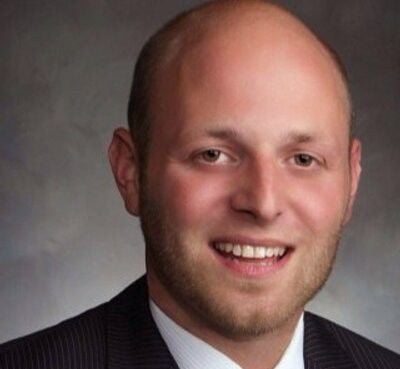 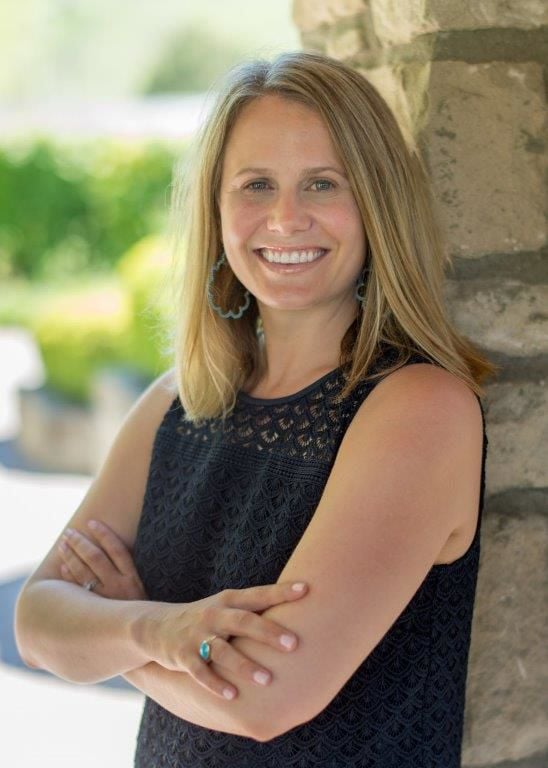 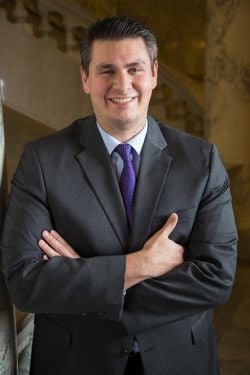 Gov. Brad Little in his office at the state Capitol, Wednesday, April 24, 2019. "My goal is to have everybody’s wages going up, based on market conditions," Little said.

BOISE — A new governor takes office and is thrust into his first legislative session. Where does he turn for advice?

The Idaho Press analyzed three months of Idaho Gov. Brad Little’s detailed schedule, obtained under the Idaho Public Records Act, showing everyone he met with for scheduled meetings during the three months that closed with the final day of the session April 11. At the top of the list: House Speaker Scott Bedke, with whom Little met more than anyone else.

“There’s operational advice and there’s political advice,” Little said, “and then there’s obviously what I get from my family, (wife) Teresa and our sons. But of course, that’s off the clock and weekends and family events. And then I’ve got some good friends that I see not near as often as I used to. They’ve been there for a long time.”

It wasn’t those longtime friends, or even his predecessor, former Gov. Butch Otter, that Little talked to most during this year’s session; it was Bedke.

Bedke noted that the two political leaders worked together through their leadership roles in the livestock industry long before either became active in state politics, and then they both entered the Legislature around the same time, Bedke in the House and Little in the Senate.

“We always worked together back and forth on issues,” he said. “We knew each other’s positions well enough we were always able to come up with something that touched both bases, something that both sides could live with.”

One state leader who’s clearly not in Little’s inner circle: his lieutenant governor, Janice McGeachin. Little met with her just four times during those three months, once each in January and February and twice in March. He met with Bedke 22 times, including seven times individually and 15 as part of group meetings with the Legislature’s majority leadership.

“Lt. Gov. McGeachin and I are establishing a very productive working relationship as evidenced by my decision to select her to lead the regional efficiency working group,” Little said.

He hasn’t objected to McGeachin’s announced intention to return to her Idaho Falls home and business after the legislative session, though when he was lieutenant governor, he devoted himself full time to the technically part-time position.

“How the lieutenant governor divides her time between her home in Idaho Falls and the Capitol is her decision,” Little said, “and I support her in choosing a schedule that accommodates the needs of her businesses and family.”

Jasper LiCalzi, a College of Idaho political scientist, said, “Because we have our governors and lieutenant governors run separately, there’s no reason to believe that they have any kind of relationship with each other, so I’m not at all surprised that they don’t meet. If they got along really well, it’d just be by coincidence. … Little did not choose her. So I could see why she wouldn’t be one of his close confidants.”

He did, of course, choose his key staffers and agency heads. Wonderlich tops that list.

When Little named him as his general counsel, he said, “Brian worked on one of my first campaigns and remained a trusted confidant these past 14 years. He will be a great asset in helping implement my vision for Idaho.”

Little said he first met Wonderlich when Little was Senate caucus chairman and hired Wonderlich as his caucus communications director. “He’d been working in Washington, D.C.,” Little recalled. After working for the Senate GOP caucus, “He went on to law school and clerked for Judge (Stephen) Trott in the 9th Circuit, and then had a very successful career at Holland & Hart” as an attorney.

“He’s a really good lawyer,” Little said, “besides being a good friend all along.”

Little said Wonderlich and Meuleman “have got a pretty good idea where I am on most issues,” to the point that it’s “an instinct.”

Meuleman, who is from Montana, worked as a congressional aide in Washington, D.C., for six years before moving to Idaho, where she worked for Otter for seven years, first as his scheduler, and then as a deputy chief of staff. She went on to serve as chief operating officer and then director of the state Department of Commerce.

“I think her first thing she ever did politically in Idaho was help on my campaign,” Little said. “She was kind of volunteering. She got married into the Meuleman family,” of which several generations have been prominently involved in Idaho law, business and politics.

Little said he worked closely with Meuleman when she was Otter’s deputy chief of staff and he was lieutenant governor, and that continued as she moved to the Department of Commerce. She holds a bachelor's degree in political science from the University of Montana.

“She has good political instincts and is very organized,” Little said. “She’s got a really big book of business. She does intergovernmental affairs” including working with both the congressional delegation and county and local governments in the state, he said, and she’s going to chair the Leadership In Nuclear Energy Commission, which Little chaired as lieutenant governor.

Wilson, Little’s senior education adviser, was his chief of staff as lieutenant governor from 2014 to 2018 and also worked with Little when Wilson was the Senate majority caucus communications director in 2012, when he first met the lieutenant governor, who presides over the Senate.

Wilson is a former intelligence officer for the Idaho Army National Guard who holds a bachelor’s degree from Gonzaga University and a master’s degree in government and politics from Georgetown University in Washington, D.C.; he also served as campaign manager for GOP Rep. Mike Simpson in 2012-13.

Hauge was Little’s campaign manager in both the primary and general elections, and before that served as vice president of the Idaho Association of Commerce and Industry, an influential business lobbying group.

“Zach knows who I am, what I expect, and how to best assist me in carrying out my goals for Idaho,” Little said when he appointed Hauge.

"He didn't ignore them," LiCalzi said.

Little met with every freshman lawmaker from either house, once each. He met on occasion with other lawmakers, as well, along with other key staffers, state agency heads, and representatives of interest groups from agriculture to technology to health care, construction and law enforcement. He attended more than half a dozen evening legislative receptions, along with five University of Idaho events; he's a UI alum.

He had two scheduled meetings on industrial hemp; lawmakers struggled to address the issue this year after hemp was legalized nationwide but failed to pass anything changing Idaho's state law outlawing it.

He met with several international delegations.

"As far as who he's meeting with, I'd be shocked if it was anybody but who you listed," LiCalzi said. "He's not someone who's going to surprise you. I think voters should feel comfortable; it's not like you vote for one person and you got somebody else. … I don't think he really upset anybody."

Little made it clear that "he's very good on the nuts and bolts," LiCalzi said, but if anything, struggled to persuade the public and the Legislature to go along with his vision.

"It wasn't the smoothest of sessions," he said, instead proving both long and rocky. Though Little wanted to focus on education and his often-repeated overarching goal of making Idaho a better place for everyone's kids and grandkids to return, from education to health care to quality of life, "He gets his message stamped on, because everyone was upset about the initiative and the Medicaid expansions," LiCalzi said. "That's what everybody's focusing on, and hemp."

To successfully lead, LiCalzi said, Little will need to galvanize both the lawmakers and the public to enact his agenda. "He is and wants to be the policy wonk, but the governor has to be more than that," he said. "Fire up the public about it so they put some pressure on the Legislature to get it done."

Little campaigned on removing Idaho's 6 percent sales tax from groceries, but made it clear at the start of this year's session that that goal would need to wait a year because of the state's revenue uncertainty. It's no slam-dunk for next year, either, LiCalzi noted. Among the leading opponents of the move is Bedke, who long has expressed concern about the impact on state revenues.

When Bedke was asked where he thinks Little turns the most for advice, he said, "Mrs. Little. I think that they have a very productive relationship when it comes to the political issues. I think Teresa's got a good touch politically, as well."

Added Bedke, "He's no pushover, but nor am I. So we will continue to get along."

Little on his first legislative session as governor

The Idaho Press sat down with Gov. Brad Little to discuss his first legislative session, his relationship with the Legislature, and more. Here…