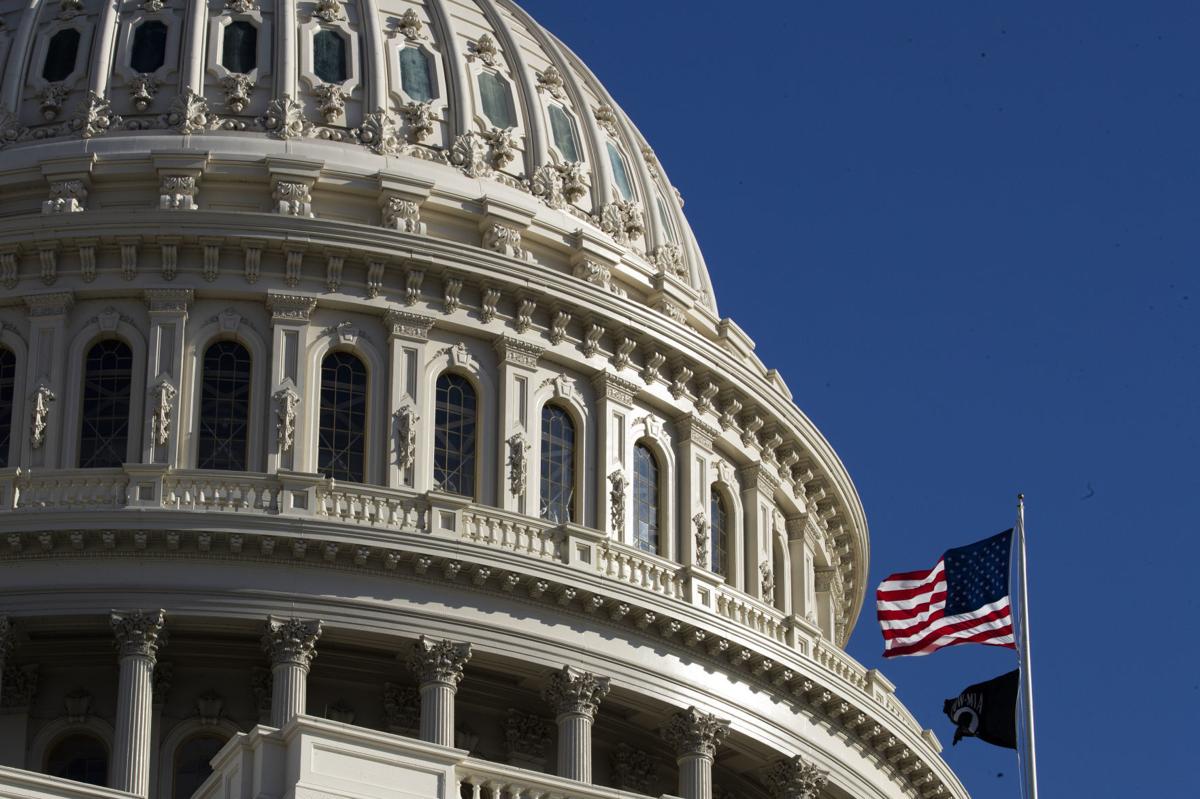 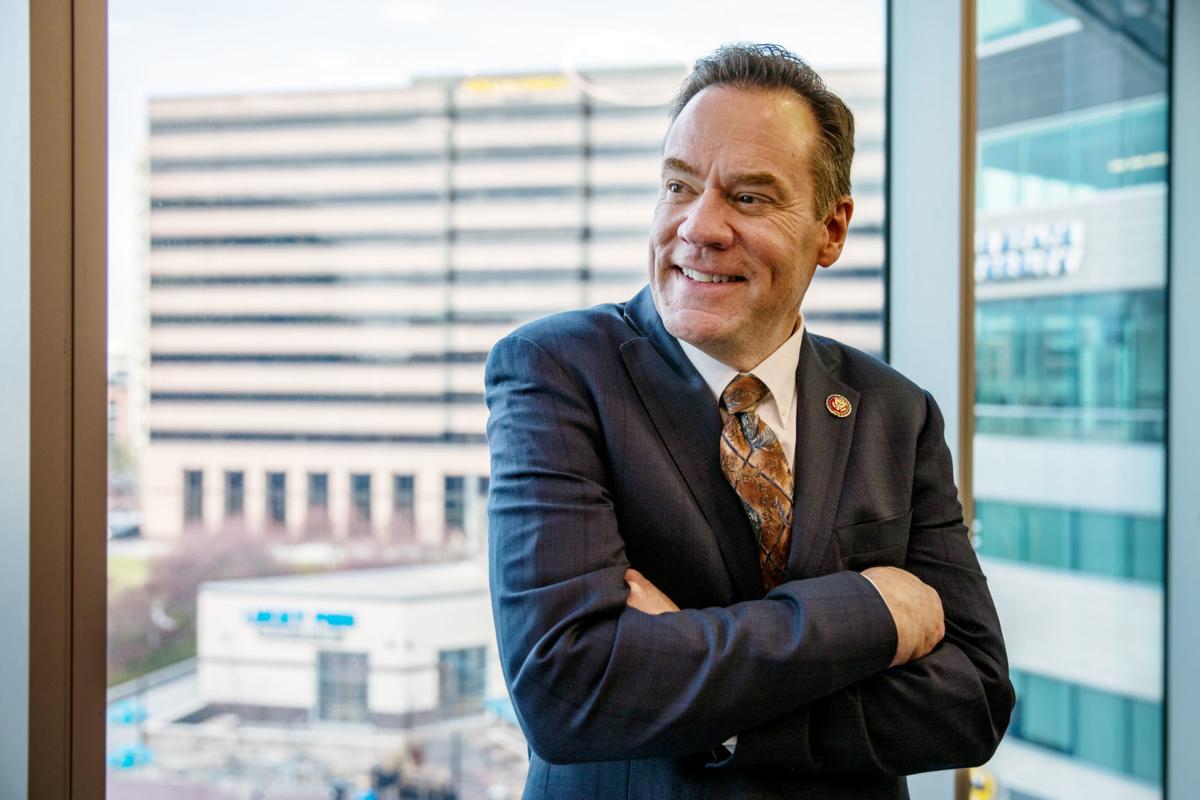 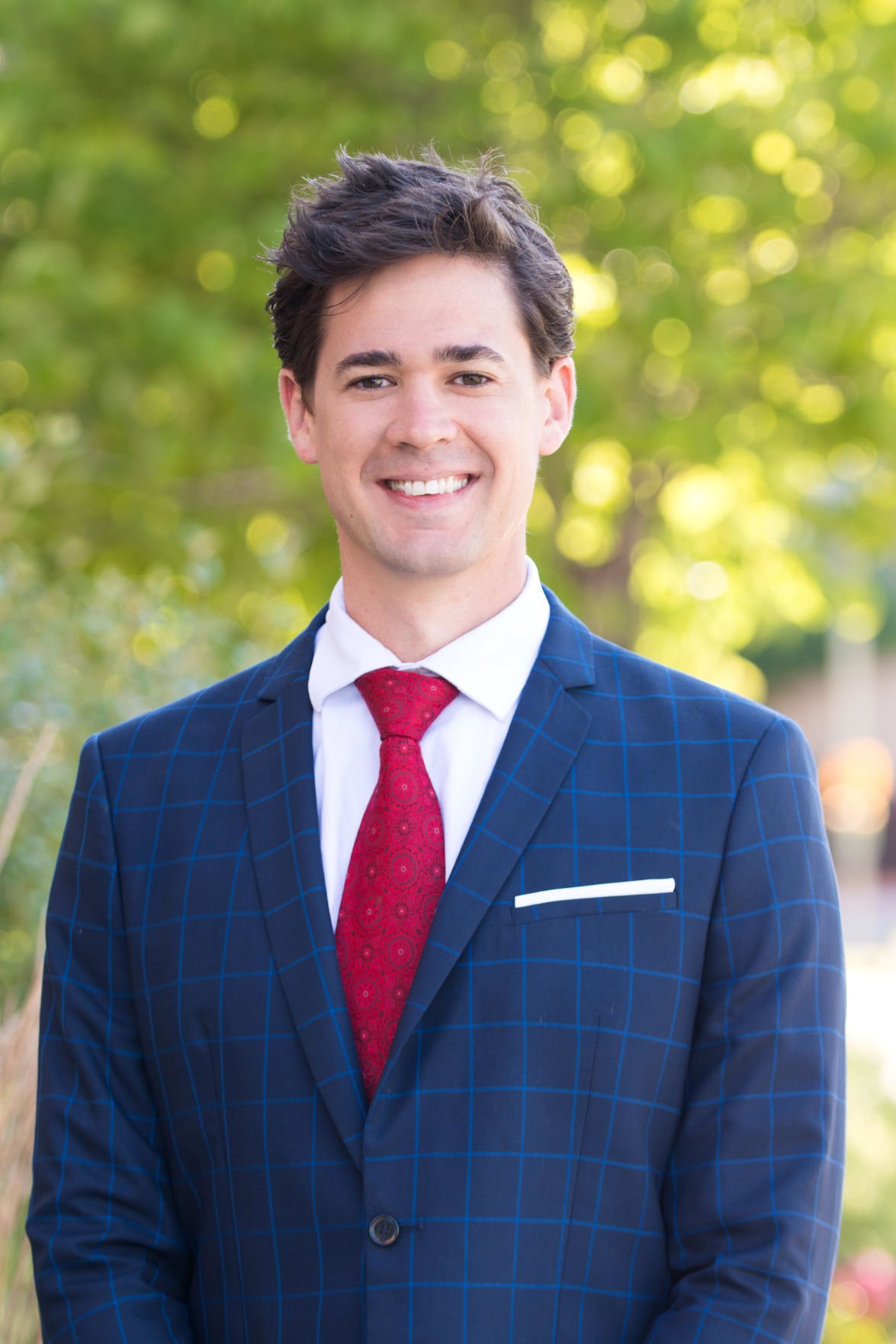 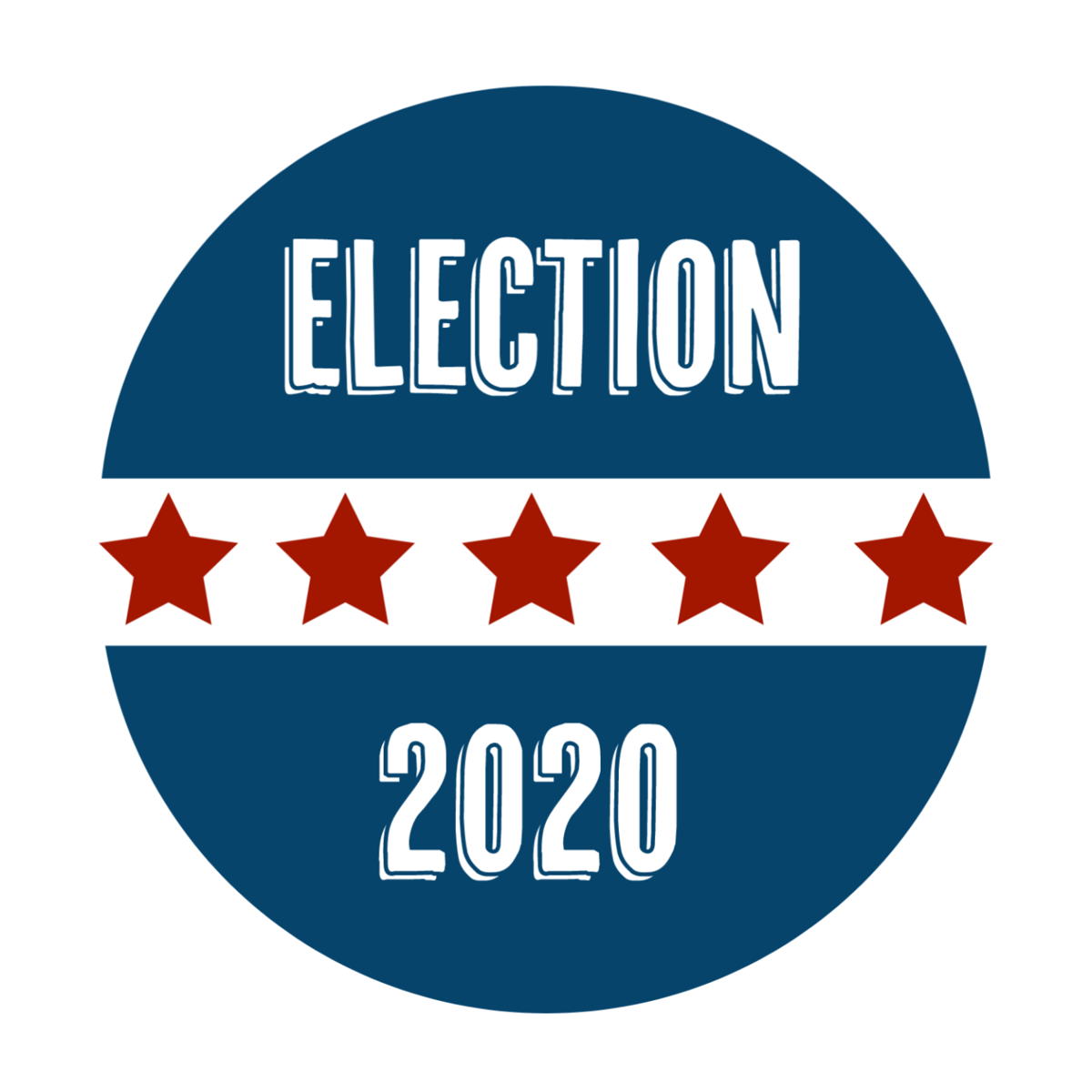 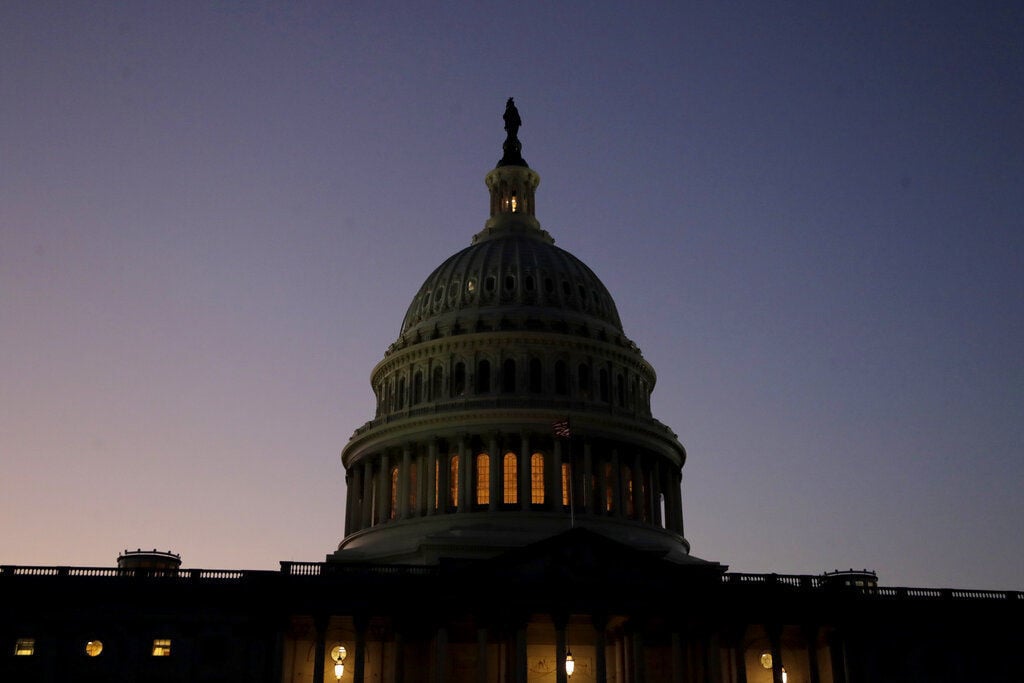 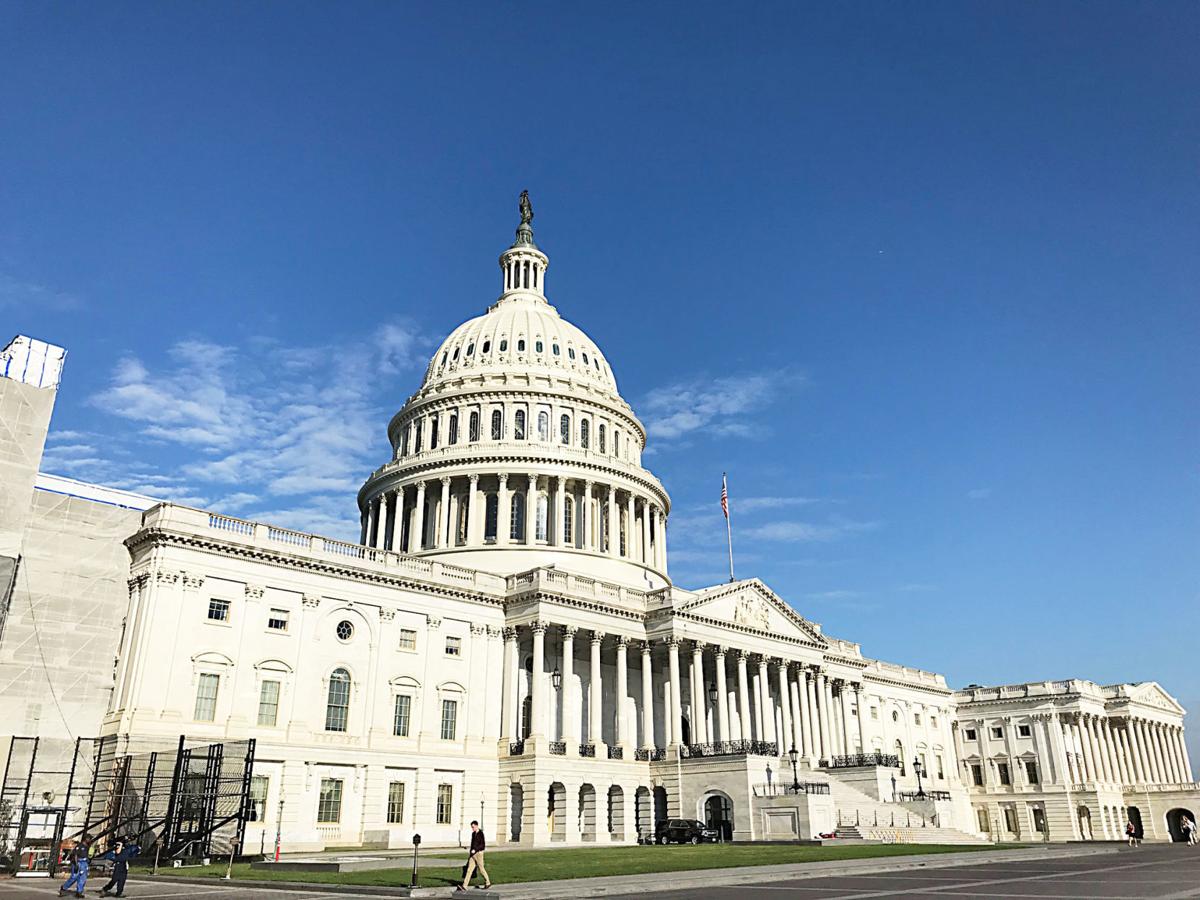 The U.S. Capitol in Washington, D.C.

The U.S. Capitol in Washington, D.C.

BOISE — First-term GOP Rep. Russ Fulcher is facing a challenge in the upcoming primary from Nicholas Jones of Boise, who says he wants to bring a small-business voice to Congress.

“I’m a local business owner, and as such, I’ve honestly felt under-represented over the last 10-15 years,” said Jones, who owns 11 Good Burger locations in Idaho and Utah and three All About Games stores in Idaho. “Russ has some experience, he did real estate and he’s done a great job. But he’s not in touch with people, the people that need representation. He is out of touch with small business.”

Fulcher, a former five-term state senator, former sales and marketing director at two Idaho high-tech firms, and a former commercial real estate broker who was raised on a Meridian dairy farm, says his “thinking and value system reflects that of most Idahoans,” and Idahoans shouldn’t change representatives now.

“The only way a member of Congress can have any influence is to have a positive reputation and good relationships within their state delegation and with other members,” he said. “That must be earned. Over the last year and a half, and with the help of a fabulous staff, I’ve been able to forge many of those relationships even during the toughest of times. Inserting a new member of Congress in Idaho’s 1st Congressional District right now would be counter-productive to the best interests of our citizens.”

Jones, 34, is making only his second run for political office, and the first was an unsuccessful bid for a Boise City Council seat in 2017, in which he came in fourth in a four-way race.

“I literally had no idea what I was doing at the time,” he said. “It was a good test run for me.”

Jones is a repeat entrepreneur who holds a bachelor’s degree from Boise State University, an MBA from the University of Notre Dame, and an Education Specialist certificate from Northwest Nazarene University, where he also taught business classes for a semester. He also worked as a lecturer at Boise State.

“I’ve always worked for myself my entire life outside of when I’ve taught at a university,” Jones said. In addition to his current businesses, he owns a consulting firm.

While earning his MBA, Jones was in a serious car accident and filed a medical bankruptcy. With his degree in hand in 2012, “I flew back to Idaho and needed to start a business,” he said, so he started “Bacon on a Stick,” which debuted to acclaim at the Western Idaho Fair. “I grew it to multiple events in Nevada, Utah and Idaho,” he said. “I ran that for five years, and employed a lot of people and had a good time. I had five food trucks at one time. I have one food truck now for Good Burger, and that’s it.”

He founded Good Burger in 2017. A reporter’s call to his consulting firm was greeted with this voicemail message: “Thank you for calling Good Burger. Please leave us a joke and we’ll be sure to call you back.”

Jones lists his top issues as help for small business, which he calls “the backbone of our nation;” federal lands, on which, like Fulcher, he wants more control transferred back to states; reform of mortgage lending practices to make it easier for people to qualify to buy a home; and education.

He and his wife Amelia, a former collegiate swimmer for BSU, have two daughters, ages 1 and 11.

“I’ve gone through the birth and death of companies,” Jones said. “I’ve seen the struggles that my peers have had. I’ve been in the trenches. … We need someone in Congress representing small business on that national platform.”

Fulcher said he’s running for reelection because, “As a state with a small delegation, relatively low population, and large percentage of federal ownership, Idaho is inordinately dependent on Washington, D.C., thus vulnerable to outside interests. Thanks to a deep family history in the state, along with a diverse education and decades of worldwide experience in technology, real estate, and agriculture, I believe I am positioned well to represent my state and do so effectively.”

“I went into this role in 2018 hoping to help transition some control from Washington to Idaho; then impeachment and a pandemic happened,” he said. “Both of those events resulted in a more federalized nation. As those events fade into the rearview mirror, we need to ensure that some current regulations do not become permanent, national debt gets dealt with, and we are free to prosper. I want to play a role in that process.”

Fulcher, 58, holds bachelor’s and master’s degrees in business from BSU, plus a certificate in electrical engineering theory taught at Micron Technology. He was first elected to the Idaho Senate in 2004. He was elected to serve as GOP caucus chairman for six of the 10 years he served there.

In 2014, Fulcher ran for governor, challenging incumbent Gov. Butch Otter in the GOP primary from the right; he claimed Otter wasn’t conservative enough, and particularly faulted him for launching a state health insurance exchange. He garnered 43.6% of the vote to Otter’s 51.4%. Fulcher filed to run for governor again in 2018, but dropped out of the race after then-1st District GOP Rep. Raul Labrador joined the race, opting to run for Labrador’s former seat instead.

Fulcher won a seven-way GOP primary that year with 43% of the vote, and coasted to victory in the general election with 62.8%, defeating Democrat Cristina McNeil, two third-party candidates and three independents.

Fulcher lists his top three issues as “pro-gun, pro-life, pro-Constitution.” He’s a former board member of the Idaho Freedom Foundation.

Fulcher is divorced and the father of three grown children; his daughter Meghan is heading his reelection campaign.

In his two-year term in Congress, Fulcher has sponsored four bills and one resolution. The bills included a bipartisan measure just introduced last month dubbed the “MAPLand” Act, to standardize digitization and dissemination of information on recreation access and allowable activities on federal public lands. He joined with Idaho GOP Sen. Jim Risch to propose legislation to streamline permitting for geothermal energy projects and another measure to ease the use of water on federal lands for aquifer recharge. And he introduced a measure his first year to limit congressional bills to one subject, along with a resolution recognizing “National Forensic Science Week.”

None of the measures have advanced, though the geothermal bill got a subcommittee hearing in September, and a Senate version of the science week resolution, sponsored by Idaho Sen. Mike Crapo, passed the Senate.

Asked what he considers his major accomplishments in Congress thus far, Fulcher said, “During the last couple of years, executive and legislative leadership have been feuding, making legislative solutions to problems very rare, mostly because leadership was focused on impeachment, not law-making. So that meant in order to get things done, my staff and I needed to find another way. We did.”

“We developed relationships with local and national officials with the various federal agencies, and learned to work with them directly,” he said. “Those relationships now enable the potential to find solutions to Idaho issues via administrative rule instead of law.”

Asked for examples, he pointed to the letter he sent Treasury Secretary Steve Mnuchin on April 6 pressing for an extension to deadlines for tax deferral treatment for real estate like-kind exchanges under section 1031 of the Internal Revenue Code amid the coronavirus; the IRS announced the extension April 10. He also noted his work, along with the other three members of Idaho’s congressional delegation, to push the administration to rewrite the definition of “waters of the United States” under the Clean Water Act, calling the Obama Administration’s version of the definition “federal overreach.”

Asked what he’d most like to accomplish if reelected to a second two-year term, Fulcher said, “Help Idahoans regain as much control over their destiny as possible. I also want to continue to build relationships so I can influence the promotion of Idaho interests and help heal a nation.”

Fulcher reported raising nearly $300,000 for his reelection campaign, with nearly $120,000 left in the bank as of March 31; two-thirds of the money came from PACs, or political action committees.

Jones said he was prepared to contribute up to $250,000 of his own money to his campaign, plus accept contributions, but as of last week, the Federal Election Commission showed no financial disclosure report from him, which is required once a candidate has raised or spent $5,000 or more. Jones said it’s in the works and should be up on the FEC website shortly.

In November, the winner of the GOP primary will face the victor of a two-way Democratic primary in which Rudy Soto of Nampa is running against Staniela Nikolova of Moscow. Also running is Libertarian Joe Evans of Meridian.

This is the second of two stories on the contested primary races in Idaho's 1st Congressional District, which takes in the western portion of the state from the Nevada line to the Canadian border, including West Boise and Canyon County. The first article ran Saturday and looked at the Soto-Nikolova race in the Democratic primary.

Survey answers from the candidates can be found in the May 8 and May 10 election guide inserts in the Idaho Press, and at vote411.org, in partnership with the League of Women Voters.