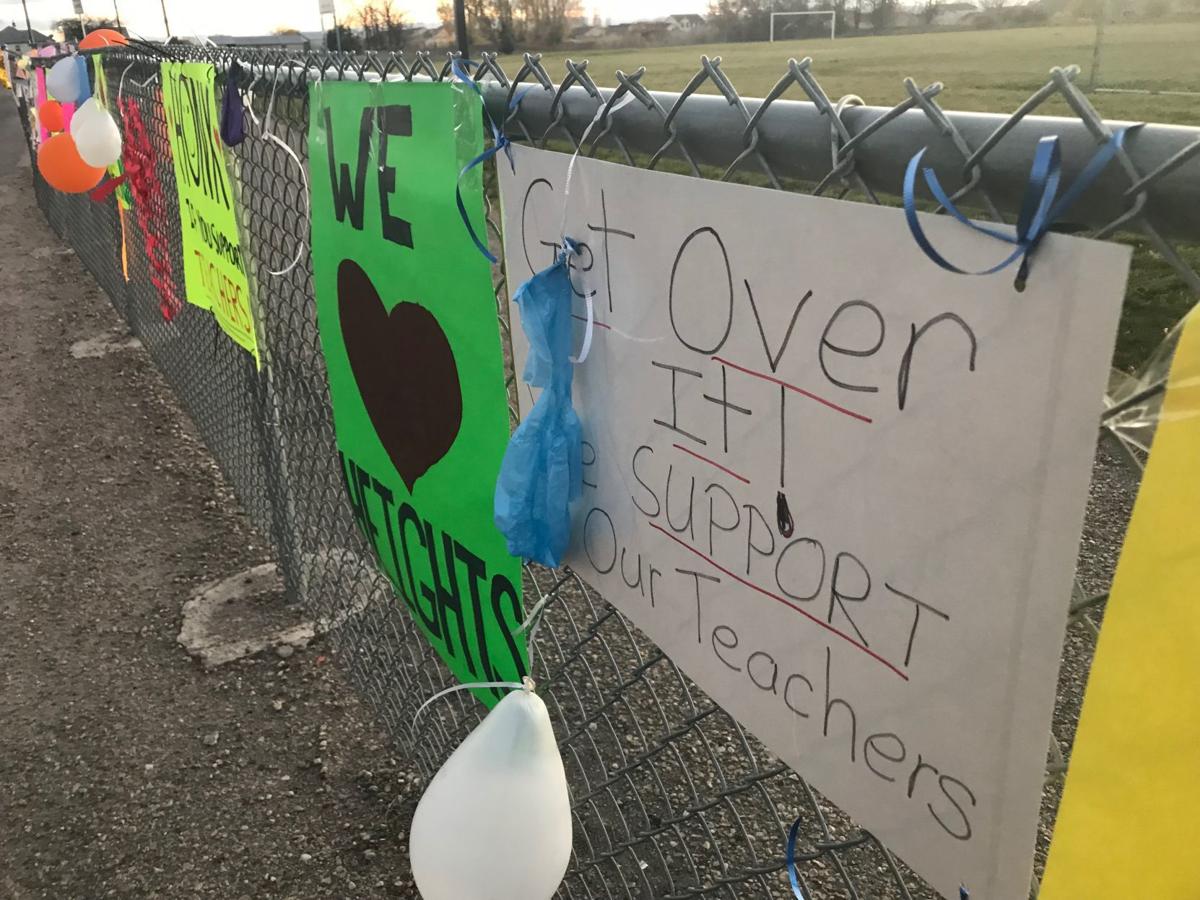 Signs in support of the Middleton teachers involved in a controversial Facebook post covered the fence outside Middleton Heights Elementary School on Tuesday. 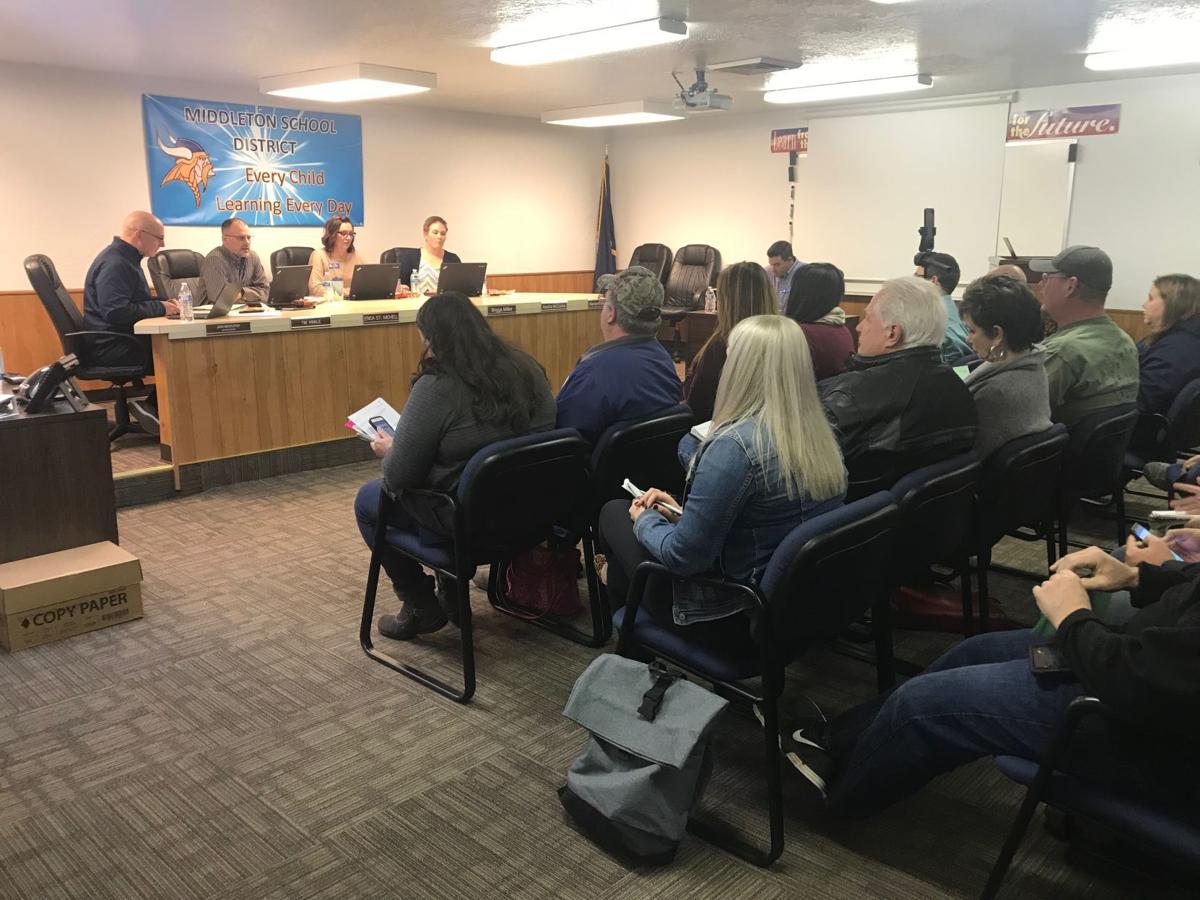 Dozens of Middleton residents and parents attended the Monday, Nov. 12 Middleton School District's board meeting to speak in defense of the disciplined teachers.

Signs in support of the Middleton teachers involved in a controversial Facebook post covered the fence outside Middleton Heights Elementary School on Tuesday.

Dozens of Middleton residents and parents attended the Monday, Nov. 12 Middleton School District's board meeting to speak in defense of the disciplined teachers.

MIDDLETON — Parents and community members turned two weeks of anger toward Middleton School Board members Monday night, claiming the school administration had made “scapegoats” of the Middleton Heights teachers and principal.

The school district placed 14 Middleton Heights staff members on paid administrative leave two weeks ago, after they wore costumes during an after-school staff activity on Halloween depicting national and ethnic stereotypes, including a border wall. By Sunday, petitions in support of and against the teachers had gathered thousands of signatures from Idaho and around the country.

“The district office brought this mess on our school and our town,” said Brenda Pickrel, the mother of a Middleton high school student. “Where is their responsibility for this? Why is our principal being used as a scapegoat?”

Board members made no personnel decisions Monday night other than the belated approval of the decision to place the 14 staff members on administrative leave.

Several attendees ceded their allotted three minutes to Pickrel — which the board only allowed after loud protests from the attendees. Those who followed Pickrel echoed her claims: that only one side of the story was heard, district administration had mishandled the events and following investigation, and chose to listen to outside voices instead of the Middleton community.

One woman decried the board’s alleged “censorship” of the teachers as the censorship of the conservative views, which “leads to socialism.”

The fate of Kim Atkinson, the principal at Middleton Heights Elementary, is still unknown. Many Middleton residents wore stickers in her support and all the speakers called for her to be reinstated.

The other staff began returning to their classrooms last week, according to a Wednesday press release from the school district. The statement signed by Middleton Superintendent Josh Middleton said the district’s investigation found nothing but “love and commitment” in the teachers and aides involved. The press release also included an apology from the staff involved.

“Our focus is now one of healing with an opportunity for all of us to grow together as a community,” the statement said. “Today we began the re-entry process with training on cultural sensitivity and correspondence with parents, the staff and community.”

Local members of the Three Percent of Idaho, a pro-Second Amendment group concerned with government overreach, also attended the meeting. A large group gathered in the parking lot after almost all the other attendees had left. Idaho Three Percent members declined to speak on the record. Middleton resident Jerry Reutzel, who was standing with them, said he didn’t think it was right for the district to discipline the principal. He believed administration members were the true culprits.

“I don’t think it should come down to the firing of a principal,” Reutzel said. “In my opinion, it’s the district whose job is on the line. Everything came through this office.”