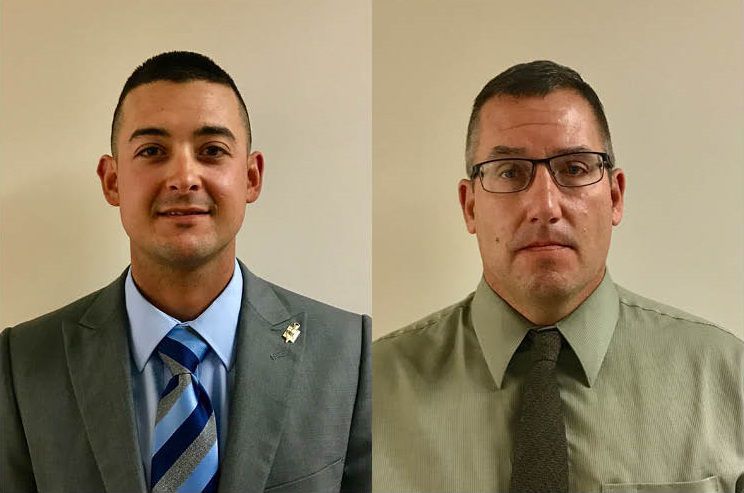 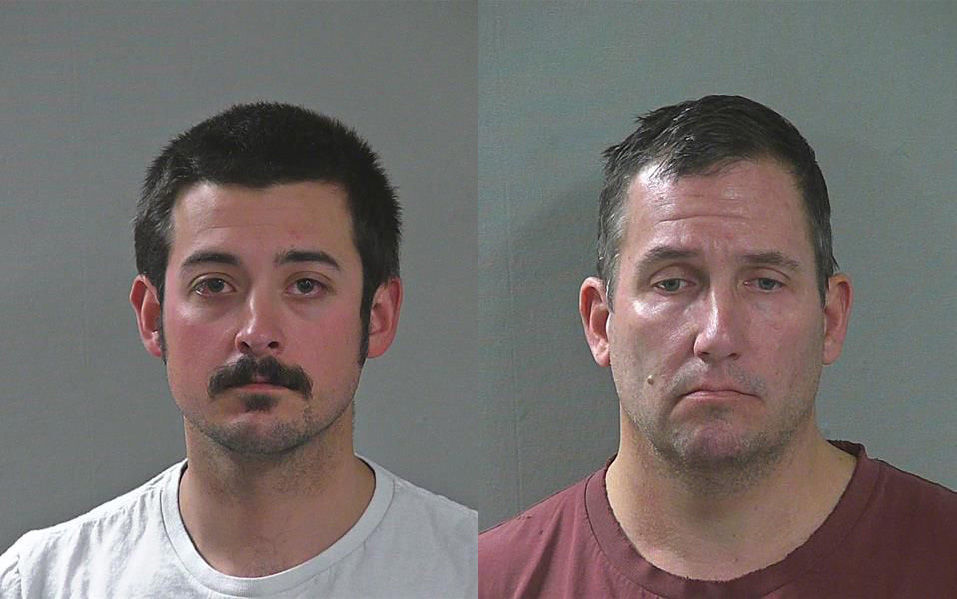 CALDWELL — Two former Canyon County jail deputies who violated protocol and are accused of trying to incite violence against an inmate were given three days in jail and a year of unsupervised probation.

Kade McConnell and Corey Weathermon, along with their defense attorneys, said in court Tuesday that inmates had manipulated the situation. Though the deputies violated department policy, they did not commit a crime, attorneys said.

"I’m frustrated because a group of career criminals can completely fabricate a story and get away with it," Weathermon said during his sentencing.

Both men were initially charged with felonies, but McConnell took an Alford plea Tuesday to misdemeanor solicitation to commit aggravated battery. Weathermon took an Alford plea to misdemeanor aiding and abetting solicitation to commit aggravated battery. This means both men maintained their innocence while acknowledging prosecutors likely have enough evidence to convince a judge or jury of their guilt.

McConnell, 27, of Caldwell, and Weathermon, 47, of Nampa, were fired from the Canyon County Sheriff’s Office in October after they were accused of encouraging gang members in the jail to harm fellow inmate Sergio Gonzalez, who is accused of injuring a deputy during an escape attempt.

Weathermon printed a confidential paper, which McConnell then showed to inmates. The document showed that Gonzalez had been charged with sex crimes, something that could be used to provoke an attack against him.

In April, District Judge Gene Petty granted the request to move the deputies' felony case down to magistrate court for a misdemeanor resolution.

During the sentencing Tuesday, McConnell's defense attorney, Alexander Briggs, displayed new evidence that revealed phone calls made by an inmate who testified earlier this year against the former deputies. The calls included statements such as "this could be getting me out" and "everything could be dropped." McConnell and Weathermon's attorney, Kevin Dinius, claimed that the inmates only reported the crime in hopes of getting something out of it.

The inmate who testified earlier this year is currently serving a rider, Briggs said. The other inmates involved, including the target Gonzalez, are all still in prison, he said.

"Inmates didn’t make these officers do anything," she said during her rebuttal. "Let’s not forget who's in charge."

Akamatsu said the former deputies arranged for a violent hit on a person for revenge, and their weapon was to use other gang members. She asked for the harshest penalty for the crime — three months in jail and a year of probation to follow.

Both defense attorneys asked for only one year of unsupervised probation for their clients.

Magistrate Judge John Meienhofer agreed that an inmate who testified during the preliminary hearing had taken advantage of the situation following the deputies' decision to share a document, which was taken from a confidential program in the jail.

When the arguments were heard, Meienhofer concluded that although the men had violated protocol, it did not fall into the statute of the crime because there was not evidence showing the two had asked for a specific act to be perpetrated against Gonzalez.

"What I can generally glean out of this was that the two of you were upset that a co-worker was beat up," he said. "I think that's absolutely legitimate."

He continued, "But you both know that if you’re going to take a Spillman data criminal sheet and show it to a gang member, that there is certainly some underlying understanding that that puts that inmate at risk."

Meienhofer told the men at the end of the sentencing that he initially planned to place them in jail for three months without options because he felt that strongly about the violation of the public’s trust. However, after listening to the attorney’s arguments and hearing the recordings played of the inmate's phone calls, he decided against that.

Instead, the two were sentenced to one year of unsupervised probation, 40 hours of community service and 90 days in jail, for which all but three days are credited. The deputies are allowed to serve jail time in any jail in the 3rd Judicial District, after all the parties declared concern for allowing the men to serve their jail time in Canyon County or Ada County.