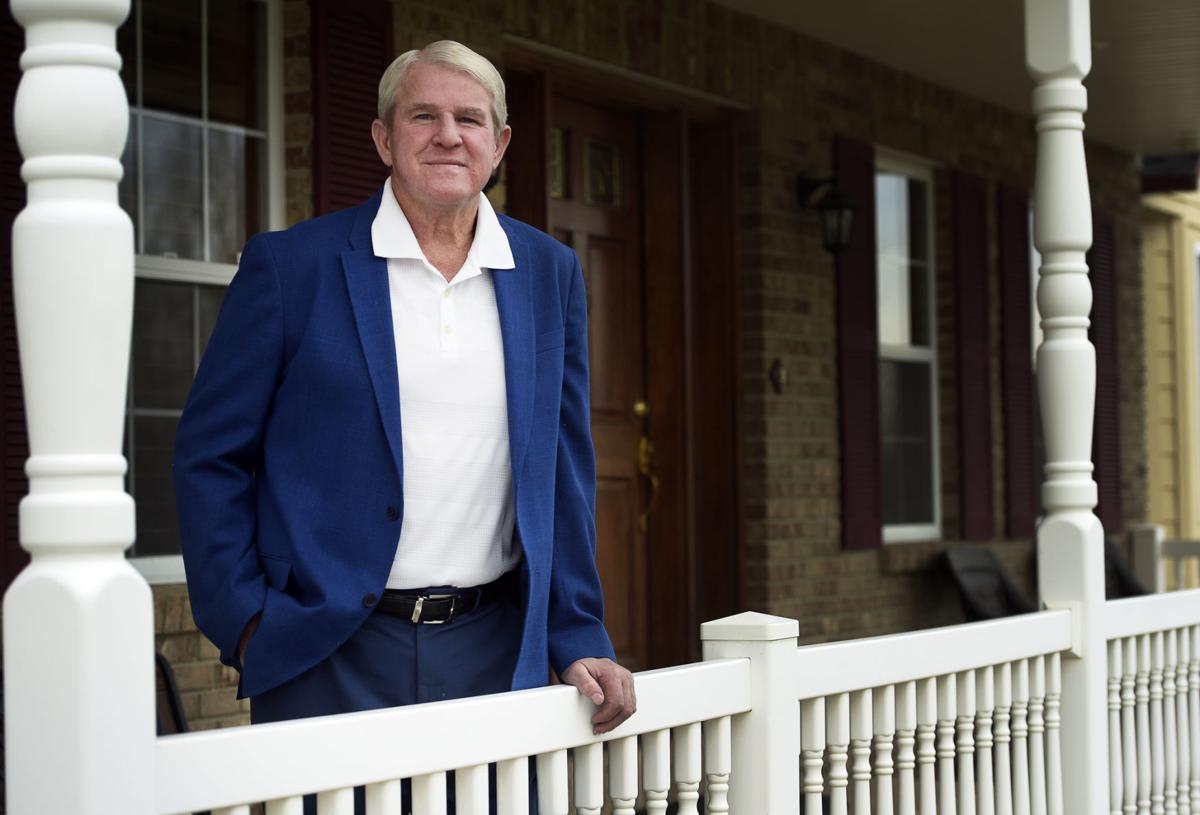 Steve Rule, the Middleton mayor-elect and a former Canyon County commissioner, poses for a photo outside his home on Friday, Dec. 20, 2019, in Middleton. 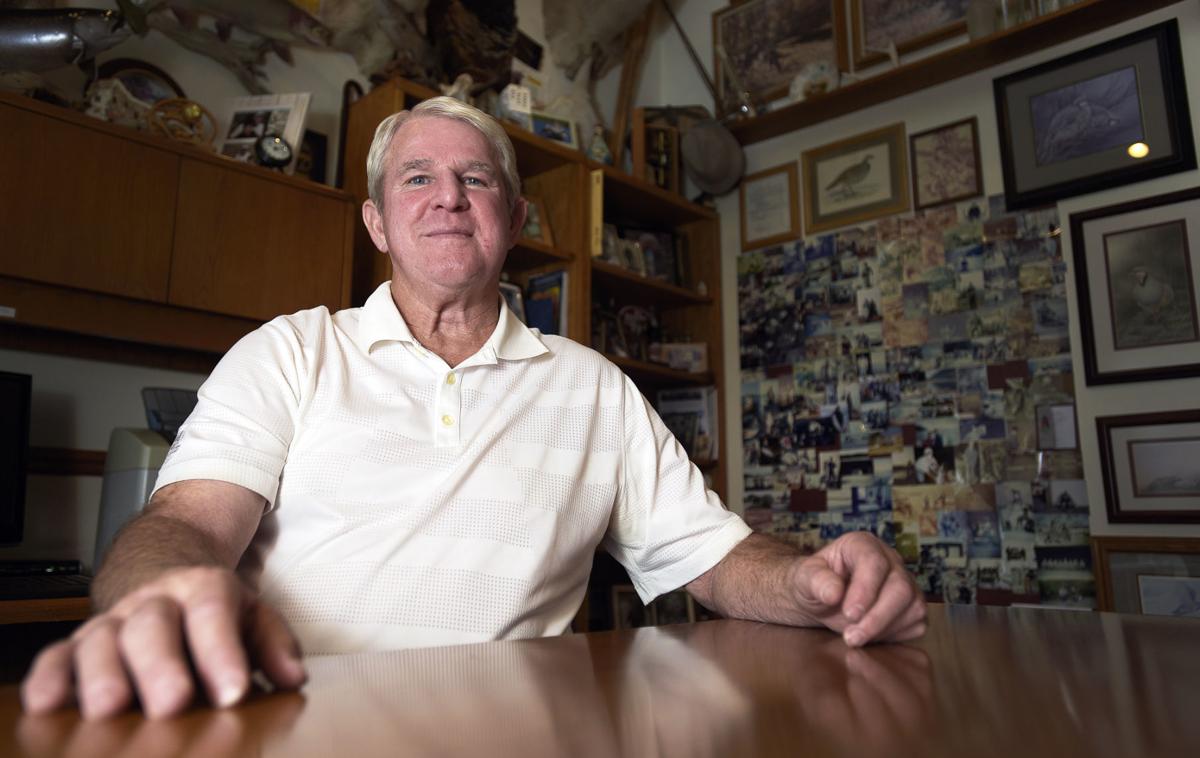 Steve Rule, the Middleton mayor-elect and a former Canyon County commissioner, poses for a photo in his home office on Friday, Dec. 20, 2019, in Middleton.

Steve Rule, the Middleton mayor-elect and a former Canyon County commissioner, poses for a photo outside his home on Friday, Dec. 20, 2019, in Middleton.

Steve Rule, the Middleton mayor-elect and a former Canyon County commissioner, poses for a photo in his home office on Friday, Dec. 20, 2019, in Middleton.

Rule’s top priorities, he said in an interview last week, are filling the vacant city-clerk position, fixing transportation throughout the city and investing in commercial growth.

“I want to mention after all these years of being a Middleton resident, it’s kind of exciting to come back full circle and help my community,” said Rule, 66, who was born in Caldwell. “I have got a lot of valuable experience and contacts that can serve the community.”

Middleton has a population of about 8,000 people, roughly 3.5% of Canyon County’s population, and is facing growing pains of crowded roads and schools.

The mayor’s position, which the city council expanded to a full-time role in 2013 under current Mayor Darin Taylor, will return to being a part-time job at the start of next year. The mayor’s salary, which jumped from $18,000 to $52,000 under Taylor, will decrease to $3,000 a month, or $36,000 a year — something the council approved in August. The change will be part of the city’s 2020 budget.

“We decreased the salary with the goal of taking that and transferring that to other positions that are boots on the ground for the city,” City Councilman Rob Kiser said last week.

He said the salary decrease was done before the council even knew who would be running for mayor.

The city council, at the same Aug. 7 meeting, approved a pay raise for council members — their first raise in a decade, Kiser said — from $450 a month up to $550 a month, and $750 for the council president. The council this summer also approved raises for other city staff in an effort to attract and retain workers, Kiser said.

Kiser said he voted in 2013 to increase Taylor’s salary, a move he said was meant to reward the individual for hard work rather than to increase the wage long term.

According to city council meeting minutes from Aug. 7, City Councilwoman Carrie Huggins, who won reelection this year, said, “The decrease in the mayor’s salary was not a reflection on the incoming mayor, rather than things changing and that there would still be room for a raise for the next mayor if the council saw fit at the proper time.”

Even with the reduced pay and hours for the mayor’s position, Rule said he’s excited to get to work.

Rule graduated from Vallivue High School in Caldwell and attended The College of Idaho for three years. He played baseball for the college and worked for his father at Rule Steel for a few years after graduation. At age 27, Rule started Rule Sales and Service, building gas stations and truck stops.

When Taylor took office in 2011, he made drastic changes to his staff, hiring a new city engineer, public works superintendent and clerk. The city planner was let go, and several city employees quit their jobs, including Brian Zimmerman, Middleton’s first police chief.

Rule said he doesn’t plan on making any sweeping changes to staff.

“I am not going to clean house, I just want there to be some people left when I take the office,” he said. “I am going to go in and see who likes their job and see who is happy and support them if they are that person.”

Taylor had a number of other challenges as mayor. The city council twice in March formally requested Taylor resign after he was charged with domestic battery. Taylor refused to resign, but pledged not to run again. In May, his charge, a misdemeanor, was dismissed.

In an email to the Idaho Press, Taylor said he and Rule met to discuss the status of city finances, human resources, contract obligations, filling vacant positions and agenda items for the first council meeting in 2020, which will take place Jan. 2.

That night, both Rule, Councilman-elect Tim O’Meara and reelected incumbents Carrie Huggins and Jeff Garner will be sworn in.

“Both Steve Rule and Tim O’Meara are long-time city residents able and willing to implement the comprehensive plan for the benefit of existing and future residents while complying with federal and state floodplain, environmental and transportation regulators and regulations,” Taylor said.

During his campaign, Rule pledged to work on the transportation congestion problem in Middleton. With just one main road through the city, Rule said, “it gets terribly bogged up.”

He wants to start working on a bypass or expressway with the Idaho Transportation Department to help with traffic, though he admitted it could take years.

“I have talked to land owners, and I think we have a plan that will move forward,” he said. “We have to get environmental studies done, but might be a few years before we get the funding for a bypass or expressway. I can do that, I know how to make that happen.”

Rule’s goal is to also get more commercial businesses into the city to relieve the financial burden on property taxpayers.

“What I have learned,” he said, “is that it is industry and commercial development that pays the taxes that get schools, roads, police departments and city halls built.”

Editor's note: The original version of this story had the incorrect swearing-in date. The correct date is Jan. 2. The article was also corrected: Steve Rule does not run Rule Steel.

Rachel Spacek is the Latino Affairs and Canyon County reporter for the{span} Idaho Press. {/span}You can reach her at rspacek@idahopress.com. Follow her on twitter @RachelSpacek.