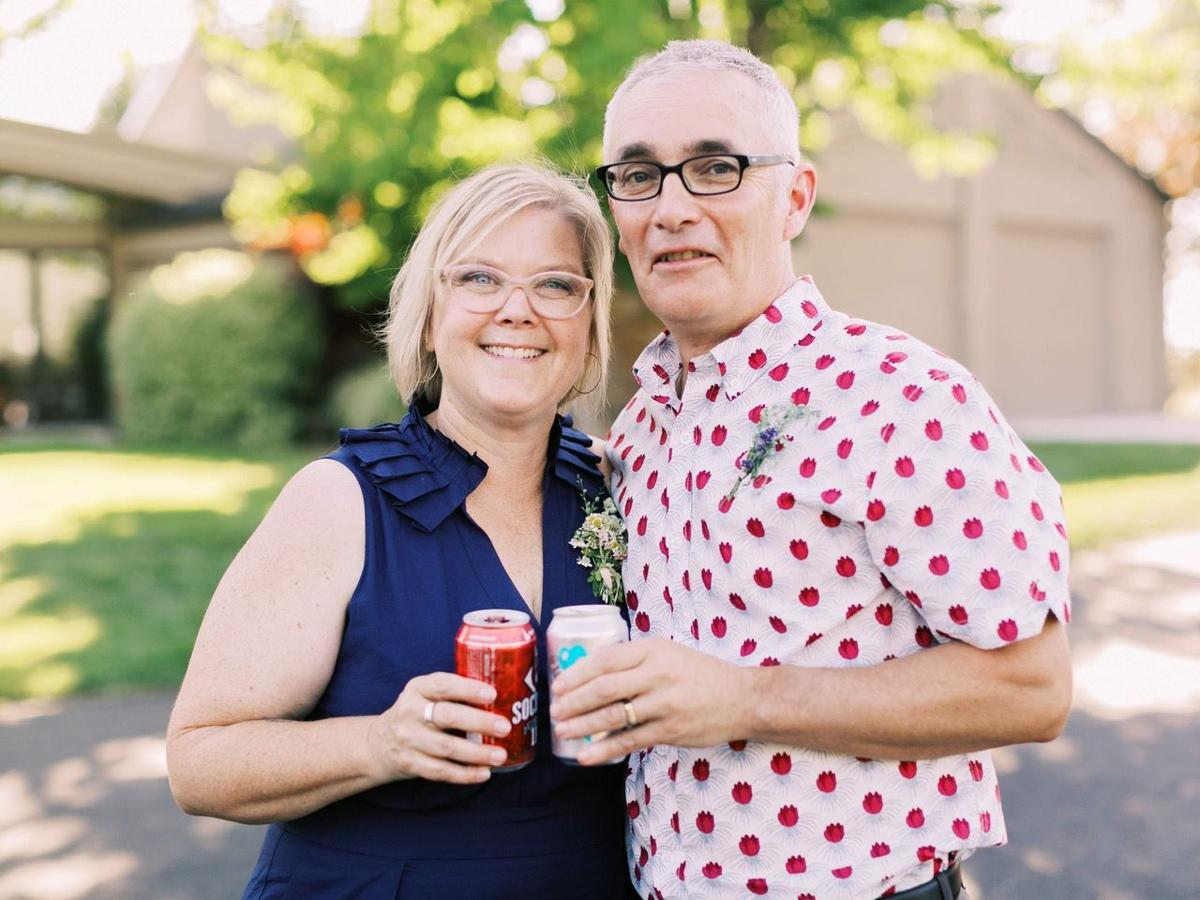 After 28 years, Lisa and Kevin Myers, owners and founders of The Flying M, are retiring. 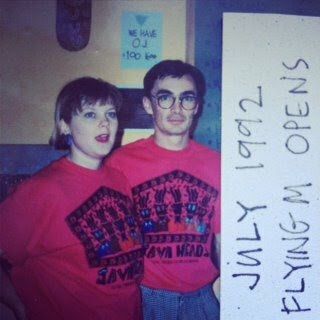 Lisa and Kevin Myers opened the Flying M in July 1992. 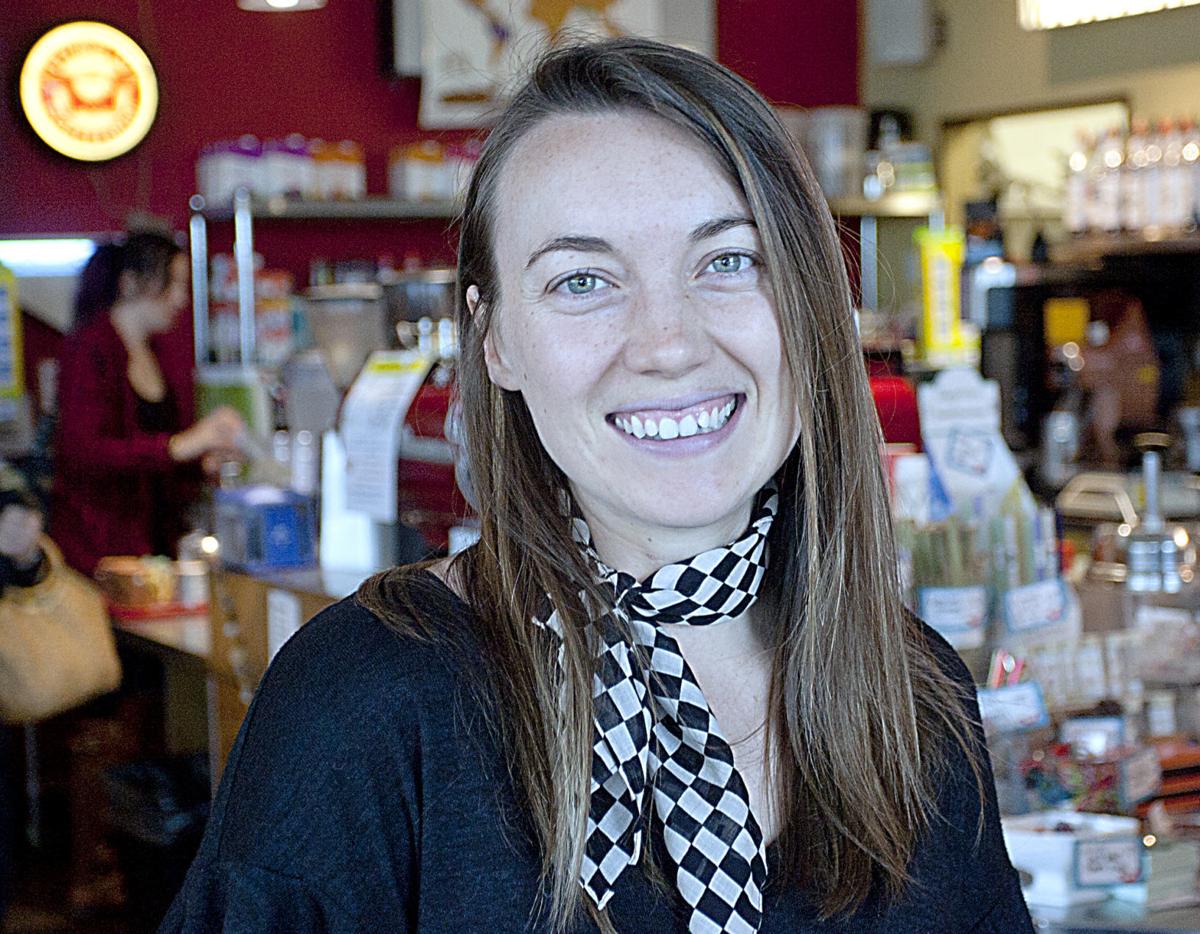 Chloe Hanson, pictured, husband Adam Hanson and Shaun King are the new owners of the Flying M Coffeegarage in Nampa.

After 28 years, Lisa and Kevin Myers, owners and founders of The Flying M, are retiring.

Lisa and Kevin Myers opened the Flying M in July 1992.

Chloe Hanson, pictured, husband Adam Hanson and Shaun King are the new owners of the Flying M Coffeegarage in Nampa.

NAMPA — Like its eclectic seating arrangement of overstuffed couches and armchairs, the Flying M has been a well-worn comfort for Treasure Valley caffeine seekers for nearly three decades. And that’s the way owners and founders Kevin and Lisa Myers envisioned it from the very beginning.

Now, after 28 years, they are passing the torch of their Flying M Coffeegarage in Nampa to their daughter, Chloe Hanson, her husband, Adam Hanson, and longtime manager, Shaun King.

“Even though it’s uncertain times right now, we are excited and honored to take over,” Adam Hanson said. “We plan to keep the business running the way it’s been running for the past 15 years.”

The Nampa Flying M will be honoring Kevin and Lisa Myers all weekend, Oct. 2-4, with their favorite drink specials for $2 — Lulu Sparkle and Double Shorts — and will roll out a limited time special coffee blend, Retirement Blend, through the following week available at all three Flying M locations, including Boise and Caldwell.

Now, as the circle comes around, Lisa noted that Chloe is starting her stint as co-owner with her own baby girl in tow, 8-week-old Navy.

Kevin Myers said they borrowed the idea of using the eclectic furniture to create “a laid-back vibe.”

“We kind of stole that from some coffee shops in Seattle,” he said. “The Last Exit was a real beatnik cafe.”

In addition, used furniture “is also more affordable,” Lisa said, “and it’s fun to go to estate sales. I love the adventure of ‘the find.’”

The coffee shop became like “that third place, like a living room where people could hang,” she said. “Having that space for people to be able to do that was fun to watch. We had Boise High School kids come in, and now their kids are coming in. … Seeing different generations come through, that’s been fun.”

Over the years, the two have seen a number of changes — some that have remained and some that have gone by the wayside. They began roasting their own coffee beans in 1995, a practice that became a staple of the business. And somewhere along the way, they introduced their own version of Chai tea, using an authentic Indian recipe given to them by a Boise State University professor.

But others, such as “The Frenchie” coffee drink, made with a French press, the latte granita, waffles, lunches and evening fondue, are no longer on the menu.

“When Kent started as a manager he helped us realize (serving food) was inefficient,” Kevin said. “’Focus on what you do best.’”

Kevin remembers that in the early days customers were sometimes so relaxed they would kick off their shoes and put their bare feet up on the coffee tables. A staff member soon put the kibosh on that practice, he said with a chuckle.

The rotating art wall in Boise brought many unique installments over the years. In the early 2000s, local artist James Hacking, who used recycled materials from dumpsters, created a wall-sized installation that featured a map of the U.S. He moved it from his backyard to the Flying M wall. “The next morning, there were earwigs everywhere,” said Lisa Myers, laughing, and adding that Kevin spent the day dispatching them.

There have been a few coffee shop visits from famous faces, too. Dave Matthews once stopped by for a cuppa. “I don’t think the staff recognized him,” Lisa said, “I had to go through the receipts to find his autograph.”

Pauly Shore was in town for a comedy show and made a very brief appearance. “He walked in and said, ‘Do you guys have a bathroom?’ He went out the door and never came back in,” Lisa said. “And Aaron Paul comes into the Boise store all the time — which is pretty cool.”

Besides being a hangout for the hip and cool, including students, professionals and artists, The M has also harbored Cupid and a few of his arrows. “We keep track of how many of our staff have met their partners here and gotten married,” said Lisa. She counts “at least eight.” And in addition staff members meeting their mates on the job, some have met them through “crushtomers,” Lisa said, including her daughter Hannah, who met her husband Tim there.

PASSING ON A LEGACY

Since the pandemic started “it’s been particularly difficult for everybody,” Kevin said. “You almost have to reevaluate your business model, especially for us. We don’t have a drive-thru.” As for advice for the new owners, he said: “You have to be flexible, creative and always able to problem solve.”

For their next chapter, the Myers said they are looking forward to moving into their new home and kicking off their own shoes. “We’ve been building a new house near Lisa’s parents,” said Kevin. “We’re about ready to close on this at the same time we’re closing on the sale. We’re not going anywhere.”

“We’re just retiring from everyday,” said Lisa. “We’re not totally out of the picture.”

Acknowledging that paying attention to customers and customer service is one of the Flying M’s main tenets, both said they are grateful for the people they’ve met and shared with, both behind and in front of the counter.

“Thanks for the memories and thanks for your loyalty. There’s so many customers we can remember,” Kevin said. “It’s crazy how loyal people have been to us. We really appreciate that.”

But they know things will keep on perking under new the new owners.